RETROspective | The Game That Made Me a Gamer | Burger Time

The game that made me a gamer is actually not the first game that I ever played. As a kid, I played various games when someone else had a system, but I never really wanted a system of my own. I wasn't someone who was dying to play a game at an arcade. Going to an arcade was cool, but I didn’t seek out certain games on purpose.

I do remember the first game I ever played. It was Zaxxon on a Commodore 64. We were visiting one of my more well-off cousins who invited me into his room to show it off. Now, I didn’t really like this cousin, but I would beg my dad to take me with him every time he mentioned he was going to visit with them...just because I wanted to play Zaxxon. I wanted to have that experience again.

But Zaxxon wasn't the thing that made me the gamer I am today. That thing was a game called Burger Time. 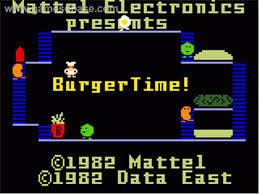 I don’t know what it was about Burger Time, but something about it would make me rush home from school and, before I would even get in my play clothes or start my chores, I was on my Intellivision, playing Burger Time. I played it so much, I wore out the round analog stick on the controller — I used to call it “The Nipple” — playing the game, trying to get around and up ladders and across the screen to make my burgers. I actually killed one of my control pads and my dad had to get another system. He was not pleased about that. But I was hooked, and had to keep playing.

The mechanics, if you’re not familiar with Burger Time, are very similar to Donkey Kong. You had a series of ladders you had to get a character up. This character was a chef who had to walk across platforms to drop the ingredients for a burger down through all of the platforms in order to complete the burger. Obstructing your effort were various other ingredients, specifically hot dogs, eggs and pickles. These were the foes, who chased you around the platforms attempting to cut you off from your burger making ways. Your only ally was handy-dandy pepper that you could use to stop them in their wake, but only momentarily. Yes, Burger Time invented pepper spray. 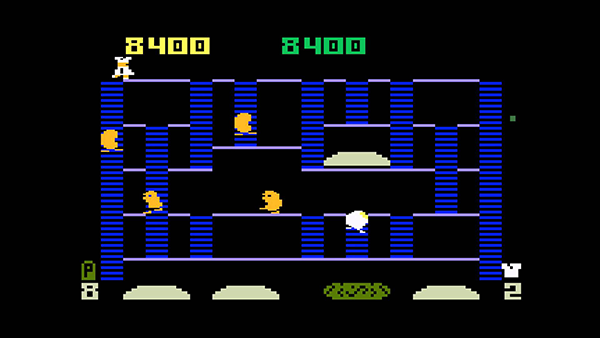 I loved playing Burger Time. I always tried to beat my score. When I was in school, I tried to think of strategies for the times I messed up in a level or didn’t complete a burger the best way. I would be sitting in my classes, trying to figure out where I made my mistake, and how to go back and fix it. 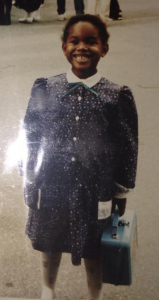 I was about 7 or 8 when I started playing Burger Time. I was about 10 when I got the Nintendo system and started discovering other games and systems.

When I talk about being a gamer, it’s the game that comes to mind. The time I spent playing that game are the moments where I became infatuated with games, their experience and their mechanics. It just fueled me from then on.

After playing Burger Time, I became really interested in platformer and exploring action games. I was always up-to-date on what systems were coming out, what games they had, and when they would be released. To this day, I've never completed the original Legend of Zelda NES game, but I remember getting the whole world map in my Nintendo Power magazine. and coming up with ways I could convince my parents that we needed them in the house. 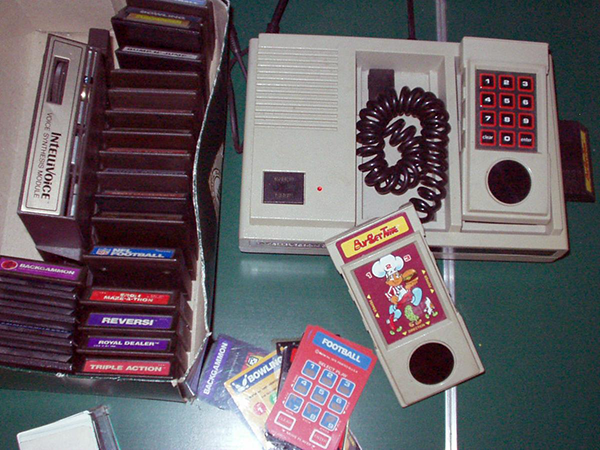 Since that Burger Time “awakening,” there are a few other games that have renewed the feeling that I had about it.

The first Sonic the Hedgehog game excited me. Then there was Mortal Kombat, the original one — that was such a crazy experience. We had convinced my mom to get a Sega Genesis and that game. She was not aware of what that game was about, or that the game was controversial because of the violence in it. By the time she learned about that on the news, she had already bought the game and the system, and she wasn’t about to take it back. So she watched us play and she said, “Oh, it’s not real blood...” and let us continue on.

I have a lot of nostalgia for the original Double Dragon, the original 2D scroller, not any of the remakes. Legend of Zelda Twilight Princess would also go in that category of games that rejuvenates my love of gaming, as well as the entire Mass Effect franchise, Killer Instinct Gold, Beyond Good and Evil, games that are, at their core, fun to play.

Anybody who has listened to the podcast knows that I love Activision’s Destiny game. I’ve been out of it for a while, but I’ll probably go back to it. I like the community aspect of it. It’s ever-changing. There’s always something new to explore, new people to play with. It feels good to do that.

The last time I played Burger Time was probably about a year ago. They did a remake of the game and I tried it. It just wasn’t my Burger Time. I didn’t really enjoy it. The new version was 3D and I missed the 2D space. The new version was more complicated, there was a lot more things going on the screen. One of the reasons I think of the game so fondly was because it was so simple.

I miss Burger Time. I would love to have it in some kind of original form, a port of the original. I know there are some emulators on PC out there, but I’m mostly a console person, so I’d like to have something close to the original on one of my systems. I’ve been watching a lot of video game YouTubers lately and one them did a Burger Time run. As soon as I heard the music, that old feeling came back. I watched it three times. There’s just something about the music and seeing the characters and somebody else play this game that brought me so much joy and frustration, something that I spent so much time with as a kid. Seeing that again brought all that up in a real positive way.

Whenever I encounter a new game I really like, I find myself making the reference, “That was like playing Burger Time all over again.” That dates me, but I think in a good way.