RETROspective | The Game That Made Me a Gamer | Sonic The Hedgehog

What makes for a truly memorable video game? To me, it's a game that you continue playing over and over and always find something new and exciting about it. My initial experience with video games did not do that. I played video games with my sister, NinJaSistah, who was five years older than me. The games we played were the ones of her choosing: Mortal Kombat and the like. They weren't for me.

Then came the fateful day I got to pick my own video game. ESHmom had taken me to BJ's Warehouse, where buying a video game was not the simple thing it is today. The games were housed behind a barricade and you took a slip of paper to the front of the store. After you purchased the game, a store clerk retrieved it from another room and handed it to you.

It was like someone was giving a present directly to you. And that very special present was my new Sega Genesis controller with a copy of the game Sonic the Hedgehog. Just for me. 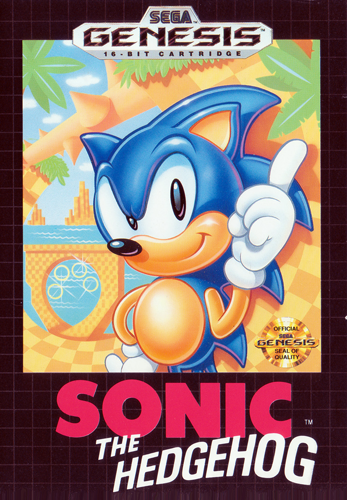 Consumed by Sonic the Hedgehog

I was consumed by the game – the music, the look, the concept. I loved the color blue. Best of all, Ninja didn’t have a lot of interest in it. She didn’t really want much to do with the console. She grew to like it when Streets of Rage came out, but that's another story. For the moment, I didn’t have to share my new game with Ninja.

It took me forever to beat the whole game. The levels got harder and harder, busier and busier. The game makers tried to distract me from the ticking time clock. If the timer wasn't enough of a distraction, when I hit water, Sonic would begin to drown. The music cue for this was particularly nerve-wracking. I felt genuine, honest fear and I was horrified in a tangible way.

My love for Sonic didn't start and stop there. My affection for the title grew exponentially with the release of Sonic the Hedgehog 3 and its companion title, Sonic and Knuckles. This combination allowed me to play through Sonic the Hedgehog 3 as either the characters Sonic, Tails or Knuckles. It opened a whole new world to me that the original Sonic game couldn't approach. 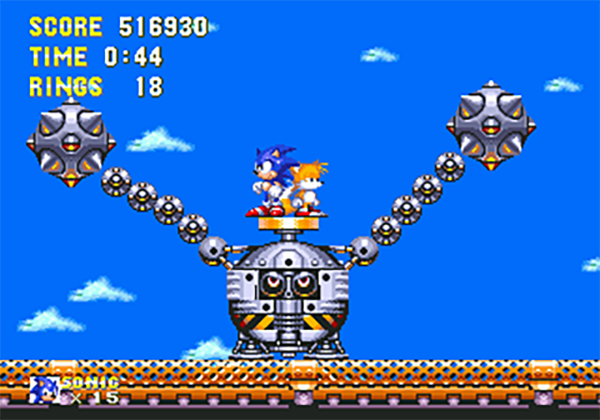 It let me see video games in a whole new way. I no longer looked at games in a surface way again. I began wondering about game characters as fictional characters, like those in a novel. I began wondering about their backstories. For instance, what was Knuckles' part in all of this? Was he working with Dr. Robotnik? Will we ever be allies? These were the burning questions I had to know the answers to.

The Sonic franchise was about exploration of a highly stylized world. Sonic tried to save all the woodland creatures from being captured used for experimentation on by Dr. Robotnik. Sonic does all this as a silent protagonist, which I can identify with, as a 31-year-old adult. When you choose to play as Knuckles, you get the opportunity to see his side of the adventure, not unlike Kingdom Hearts: Chain of Memories, in which the player is not only playing out the protagonist’s main story, but also Rikku’s story. We get to see all the influences both sides are having on each other simultaneously. Sonic and Knuckles did it first, making the narrative multidimensional. It was way ahead of its time for that.

This generation of Sonic games were the first games to challenge my hand-and-eye coordination. I especially had difficulty retrieving the chaos emeralds. Sonic had to traverse a psychedelic alternative space that was difficult enough for a budding gamer, but in this generation, they added a 3D space. 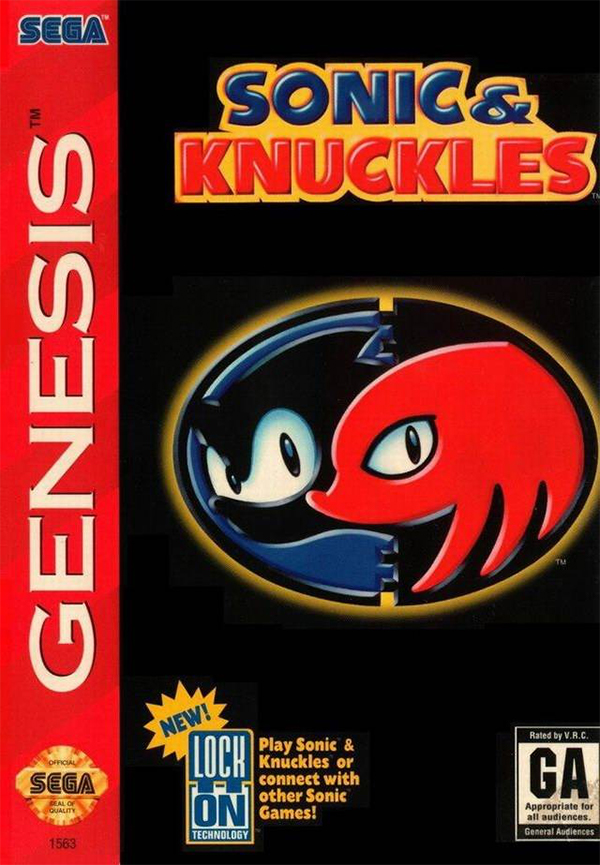 It had gone too far. I stopped playing Sonic after that. I have seen the later games and think they pale in comparison to the ones I enjoyed.

But I'll always have great affection for the original Sonic and Sonic 3/Sonic and Knuckles. They taught me to always be observant, above all else. The levels were designed for the player to make the correct conclusion. The game doesn’t want you to the fail. It wants you to solve it in several ways.

I will forever love, respect and cherish my time with the Sonic the Hedgehog franchise. If I had never come upon it, my gamer landscape would be completely different. This game turned gaming into a delightful passion I hope share with the children I may have someday.