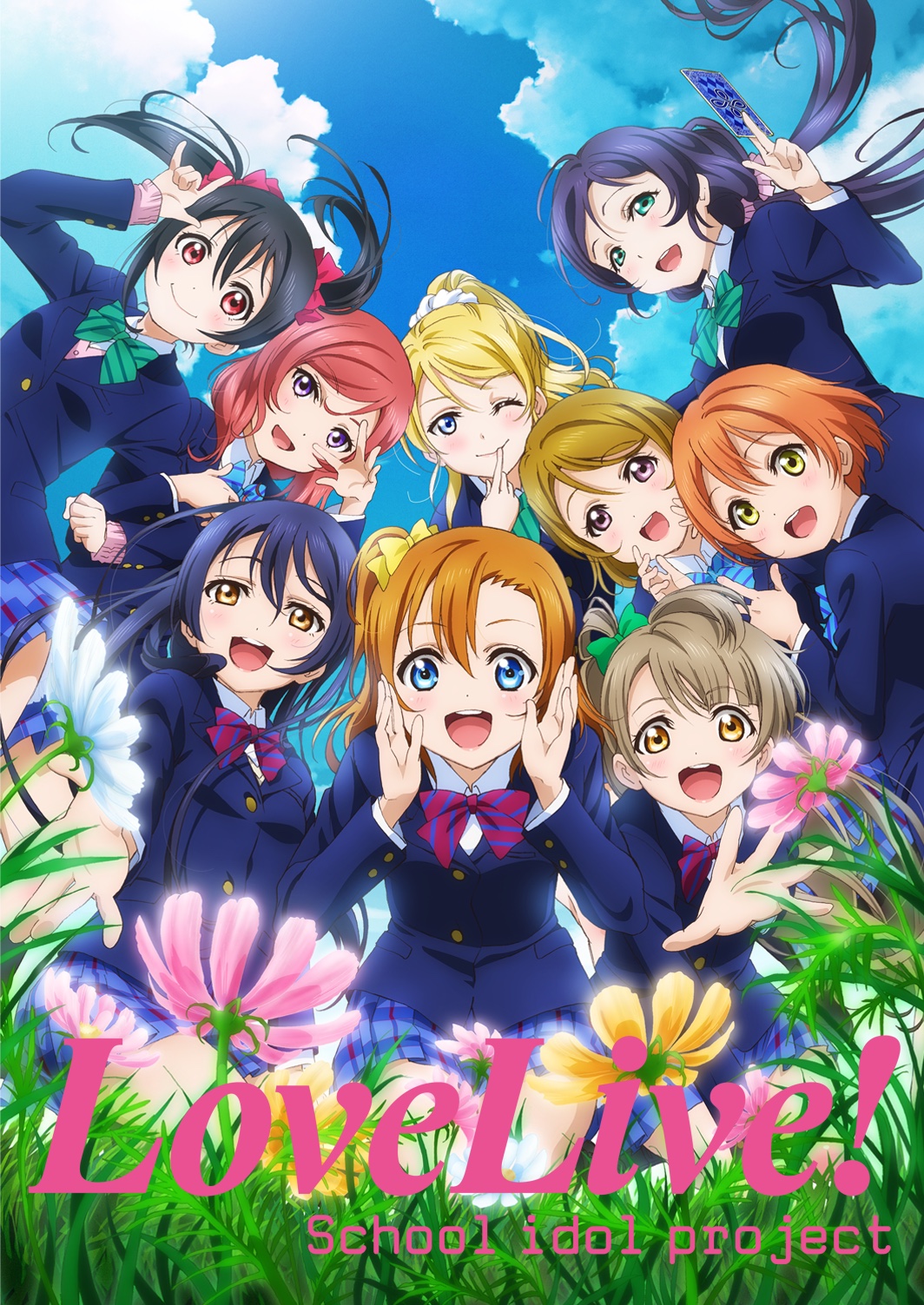 You win, Love Live! After spending most of my time avoiding many of the pop idol groups that flood the Japanese market, I realize now that my mentality towards this sub genre has not only been immature, it's been downright mean-spirited. "What's the point?!" I'd ask myself whenever I see a group like Morning Musume or AKB48 pop into my feed. Love Live! School idol project answered that question with a foray of fun story-telling, catchy musical numbers, and a plethora of personality. The first season was only the beginning of the μ's story; Season Two is where their journey comes to its peak.

Otonokizaka Academy has been saved from being closed, all thanks to the attention it got via the school idol group μ's. With Honoka taking over as student council president, the workload on her and Umi & Kotori becomes heavy on their shoulders. Suddenly word gets out that another Love Live! competition is to take place, and after a lot of pondering μ's decides to go for the gold once again. The stakes may be a bit more higher, but the bond between everyone in μ's appears to be strong enough to tackle any obstacle. 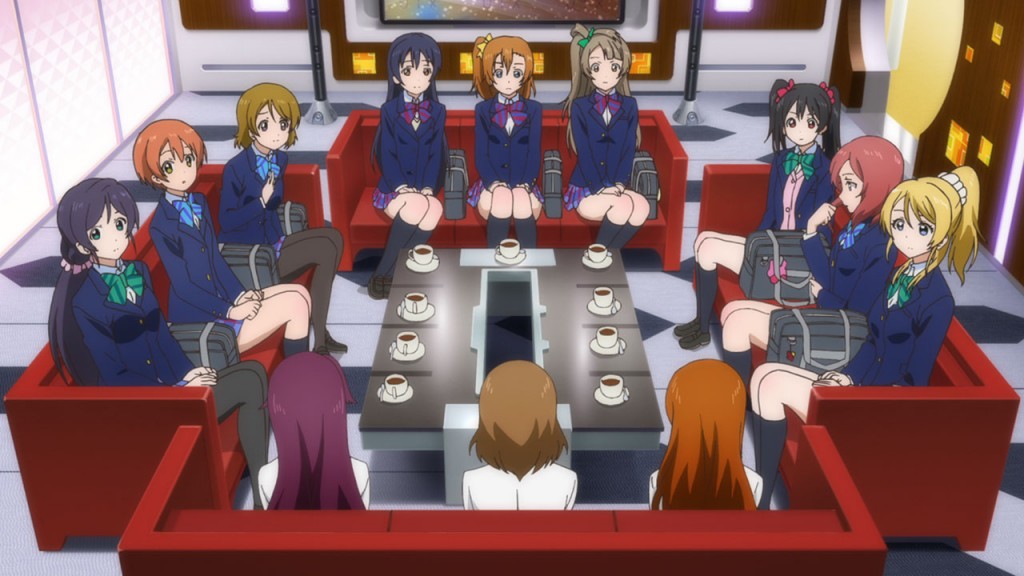 With the school saved the main storyline of Season One has been completed, meaning that the focus on this season could be placed squarely on prepping for the competition. This leads to episodes surrounding song prep work, as well as some team-building exercises that help to hone the strengths of the individual members of μ's in the oft-chance that some members are unavailable. (The episode involving a few members of the group being trapped in Okinawa is a prime example of this occurrence.) Fortunately the personalities of the ladies of μ's help to showcase these behind-the-scenes aspects of idol preparation with a whole load of entertaining scenarios.

It also helps that Love Live! can be very funny. In the beginning we're given the ole switcheroo, with a confident Honoka singing a season one recap song that felt straight out of this past season of Galavant. It's when you see her face down in her desk in embarrassment when we see her bomb onstage, stuttering and forgetting her speech. Another highlight includes the training camp, where you see the girls go through some harsh conditions to help Maki, Umi, and Kotori out of their creative slump. The real comedic highlight of the series comes in the form of the Halloween episode, with μ's attempting to reinvent their image to help them stand out in the competition. While I don't want to spoil anything, one incident has the girls looking ready to sing "Love Gun" rather than "Dancing stars on me!" 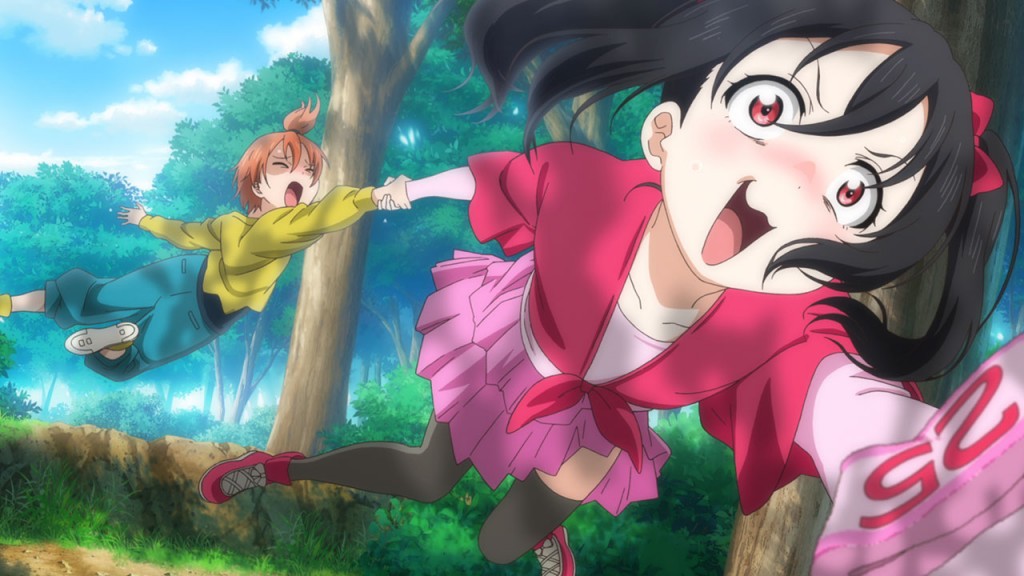 However the series still knows how to have its sweet moments to balance out its humor. An episode involving Rin's self-conscious attitude towards her looks results in an awakening that not only helps to evolve her character, but also teaches an important lesson on how we all need a little more confidence in our lives. Surprisingly Nico -- who was and still is seen as the big comedic fodder of the series -- gets a moment to shine in an episode involving her siblings, as she has hid her past school idol failures from them in an attempt to save face. At first the rest of μ's scorn her, only for Nico to make up for her unintentional selfish ways in a big way that helps her to evolve into a better person to both her friends and the series itself.

One other thing that I appreciate about Love Live!'s second season is that they don't build up any sort of bloodthirsty rivalry within the competing idol groups. It was a nice change of pace to see the interaction between them and A-Rise lacking any animosity, a sharp contrast compared to most music-based series. They see each other as friendly rivals onstage, with the possibility of a growing friendship between groups when the singing and dancing have come to an end. For once, it shows a rather positive side of a part of a Japanese music scene that feels like it's always competing against one another. 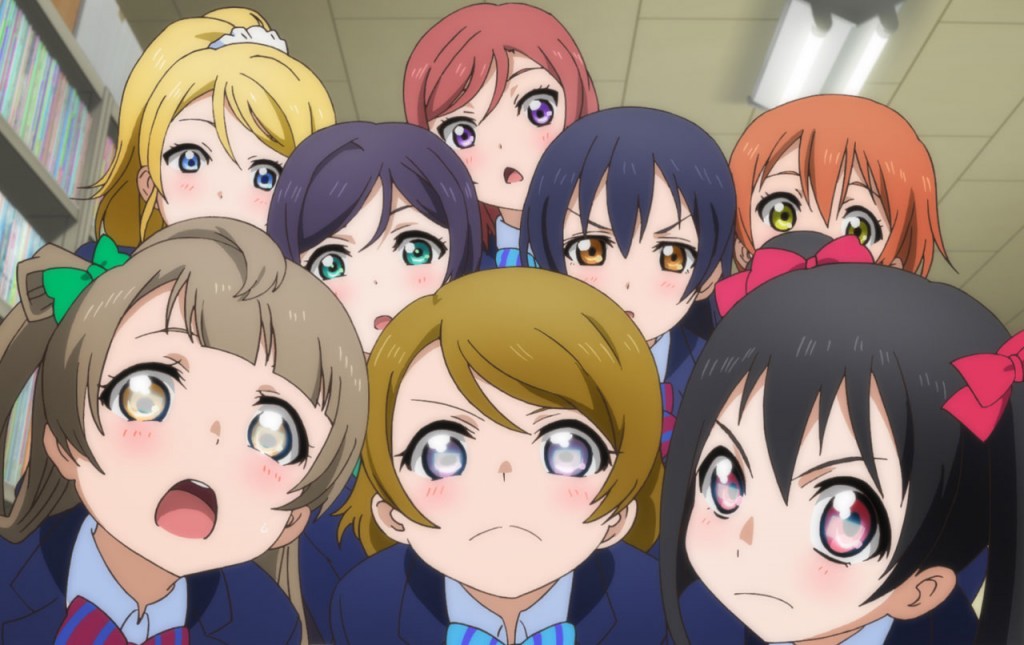 Once again the Japanese and English voice casts are on top form, capturing the right levels of emotion throughout the series. Both Emi Nitta and her English counterpart Marieve Herington are simply gems as Honoka, showcasing the pep and positive attitude that helps to make μ's the group they've become. Riho Iida shines as the feline-like Rin, with her centric episodes proving to be a highlight thanks to her strong performance; Faye Mata also provides a heartwarming performance in the role that adds a dose of confidence later on in the series. Sora Tokui and Erica Mendez bring the humor and go-getter attitude in their performances as Nico, never reaching an annoying level that most of these kind of characters tend to reach.

The music in the second season Love Live! shines even brighter than the first's selections, with "Yume no Tobira" and "Snow Halation" the highlights of not just this season but of the entirety of μ's' song collection. I know I've shown my disdain for idol music in the past, but it's amazing how a fictional group can make you look at a sub-genre in a more positive light. The music of μ's always winds up being very heartfelt and filled with an array of beauty and personality that makes it hard to not take notice. (Somewhat off-topic: I know that the character of Maki "composes" the music, but who are the people that are actually performing the songs that μ's sing behind? That's a side of Love Live! I'd love to see in the upcoming Sunshine!! series.) 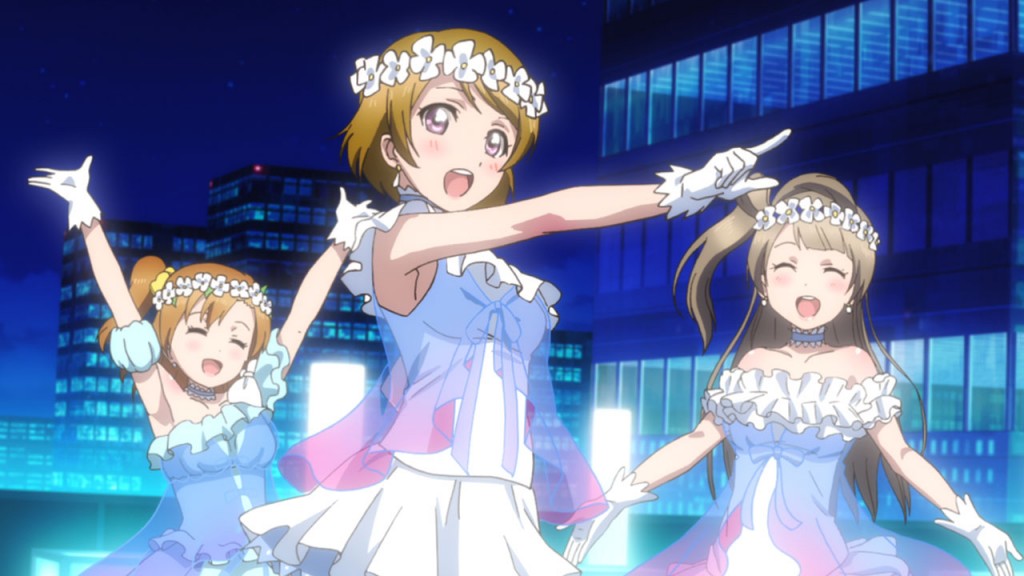 It's amazing to see how a series can evolve animation-wise in-between seasons. Sunrise not only captures the youth, spirit, and colors of high school life, but also brings forth a level of realism in the idol performances. The CGI in the musical numbers has also reached a level where I almost couldn't tell when it was computer-generated or normal hand-drawn animation, with the two styles switching back and forth in a near-flawless manner.

As for the extra goodies the discs themselves are a tad bare bones, with only the Japanese promos and credit-less openings and endings of the series available. However if you were lucky enough to snag the Premium Edition you would be treated to a special book set up to look like the Otonokizaka High School newspaper. Inside are photos, episode descriptions, and character bios done in a bright, colorful way. It's a rather nice keepsake for those that are in love with this series. 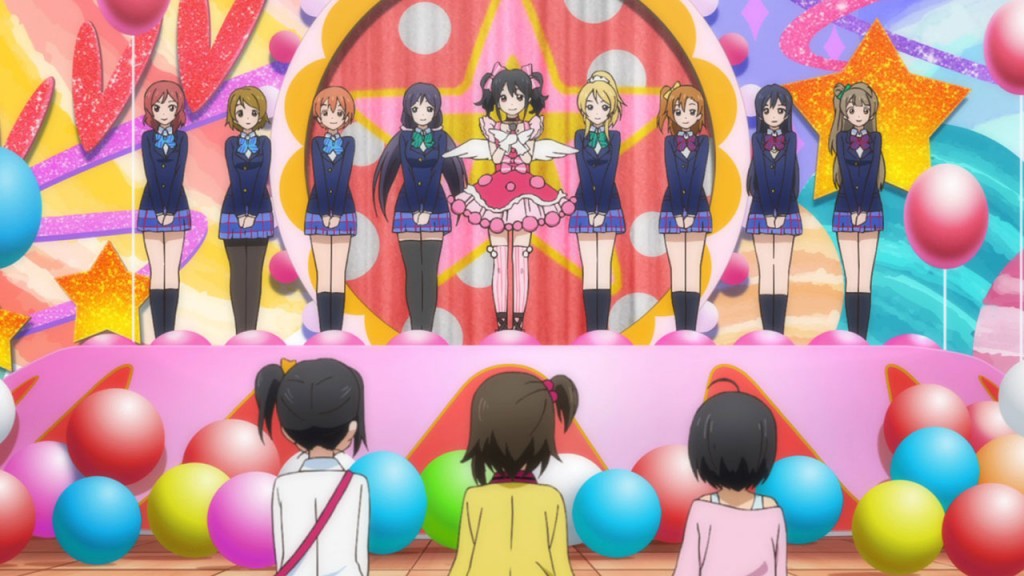 As the story of μ's nears its conclusion Love Live! School idol project has shown that the idol music scene isn't just essential, it also gives way to a level of joy and melodic excitement that can only be reached with the right level of positivity. The story of Honoka and her friends may be coming to an end, but their journey and the music it brought will surely live on for years to come. If a person like myself could be swayed to enjoy some pop idol goodness, then odds are it'd be next-to-impossible for anyone to not like something as charming and fun as the Love Live! series.