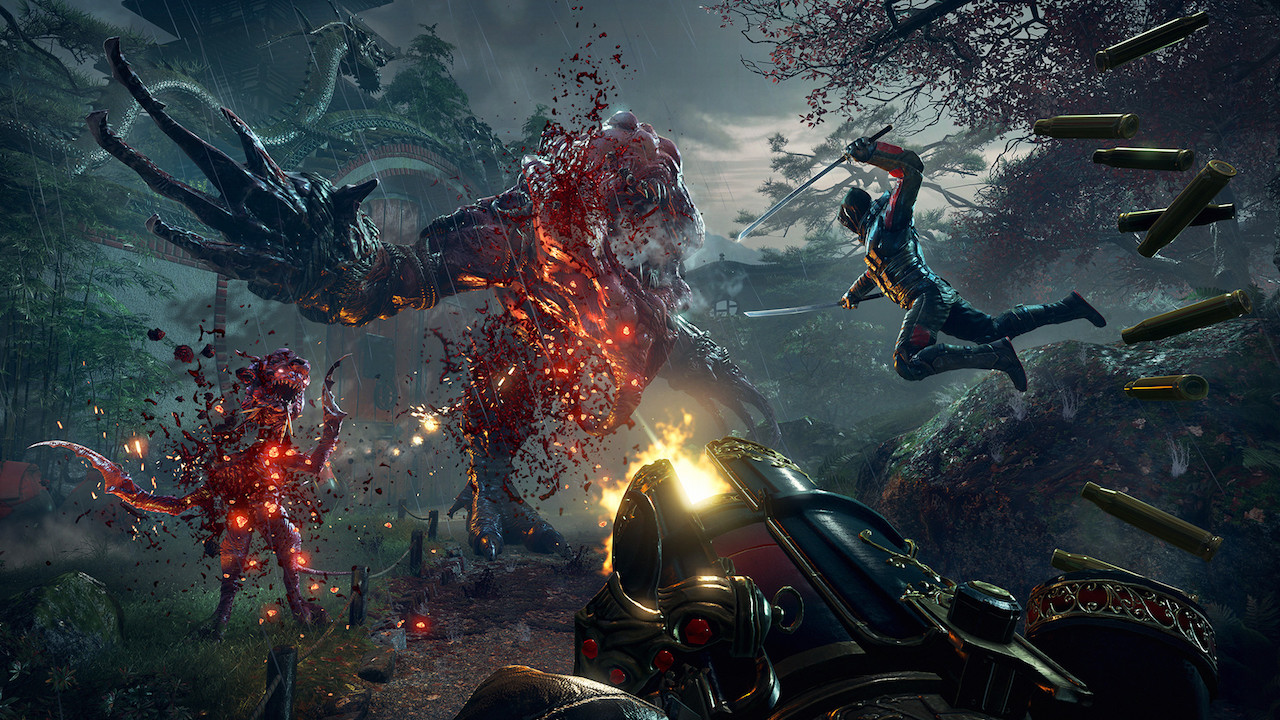 Flying Wild Hog's 2013 reboot of Shadow Warrior was a massive hit with fans and critics alike, showcasing how to take a classic first-person shooter and give it the right kind of facelift. So how would the Poland-based developers manage to top it? Simple: by going all in with the insanity in the upcoming sequel Shadow Warrior 2.

At the Devolver Digital Booth -- where a sakura tree stood smack dab in the middle -- I was given the opportunity to dive into an early mission of Shadow Warrior 2. As Lo Wang I was tasked to find certain ingredients to create an antidote for a poisoned ally. Once I teleported into the area with the help of a deceased and smart-alecked ally, I found myself being surrounded by the nastiest of creatures who wanted me for dead and/or dinner. Luckily with a foray of blades and guns at my disposal, the once-thought outnumbered Lo Wang became the odds-on favorite to walk away from it all. 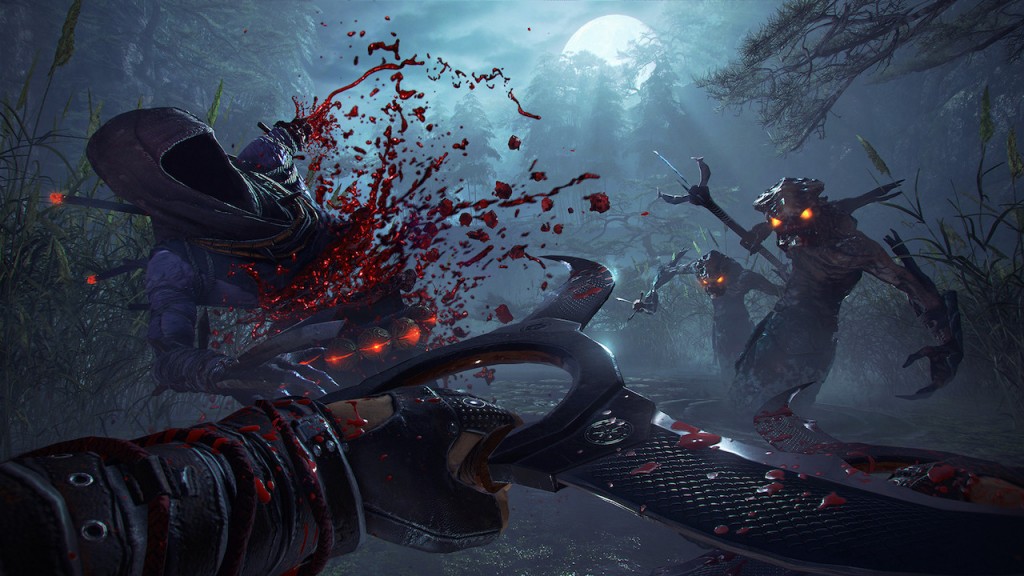 The in-house Road Hog Engine didn't just get an upgrade; it had all its innards torn out and built from scratch. Its results in Shadow Warrior 2 were not only stunning, they were gobsmacking! Watching as I hacked away pieces of monsters and human enemies was a sight to behold, as arms, legs, and even the occasional torso was sent flying high into a pool of its own blood. In one instance I blew a sizable hole into one monster, and then proceeded to shoot again, hitting the creature that was standing behind it. No doubt about it: I was having the time of my life taking down these behemoths!

Flying Wild Hog may have on their hands a sequel that outdoes its predecessor in more ways than one. The graphics looked beautiful, with even the tiniest of details -- like the way the trees blow softly in the wind -- baring no expense. Its control scheme was very easy to conjure up, as the ability to switch weapons back-and-forth being as easy as cooking store-bought yakisoba for a buck. What's more: the option of four-player online co-op is looking to be an all-around guarantee that you and three friends are going to have a blast hacking and slashing your way through these wild lands.

Shadow Warrior 2 is due for release this year on PS4, Xbox One, and PC.

Valley is no ordinary walk through...