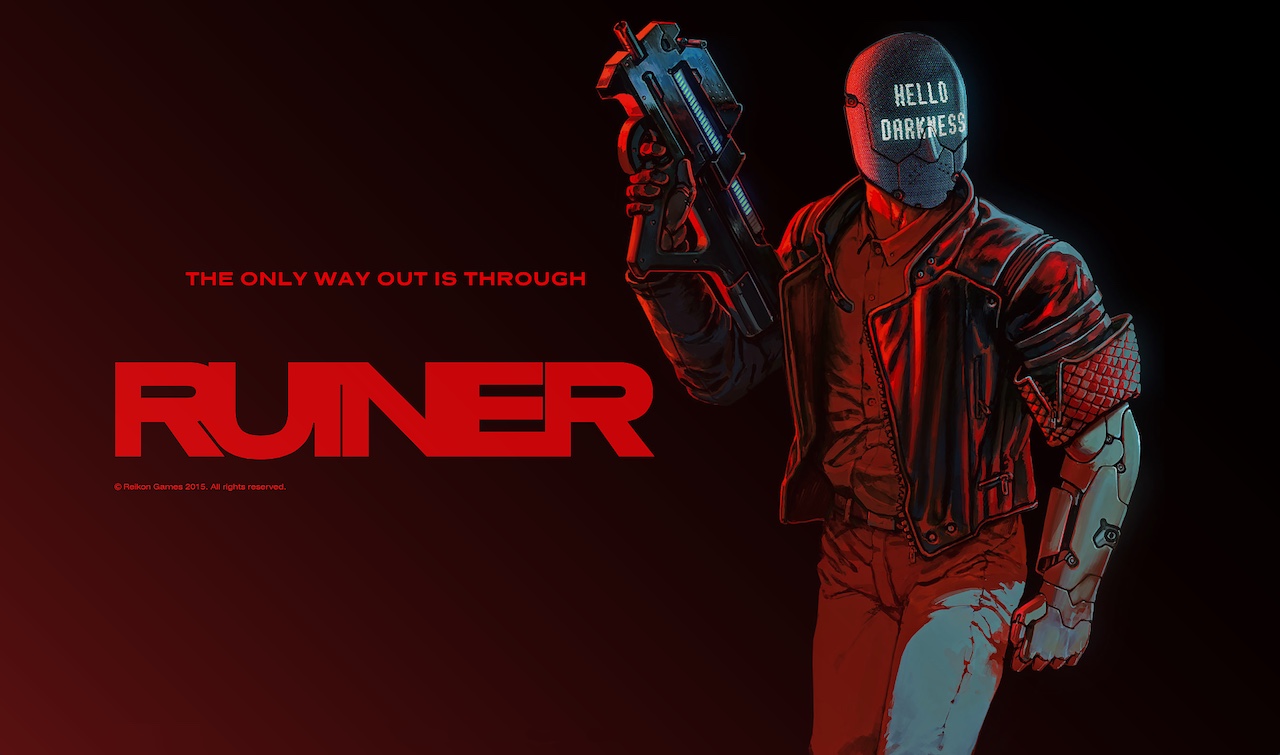 Reikon Games has a foray of talent that has worked on such games as The Witcher series, Dead Island, and Dying Light. For its first official game the team has dived into the realm that has been home to the likes of Motoko Kusanagi and Rick Deckard: the gritty world of cyberpunk. Their result is the top-down shooter Ruiner, and from this early play-through it seems that gamers will either dig its hard-as-nails AI or find themselves in a frustrating corner.

During my hands-on demo I was given the task to search for a man simply known as Wizard. Of course the task is easier said than done, as Wizard has under his watch a team of hard-swinging and heavy-shooting henchmen called Creeps who don't mind if they get another person's blood stained on their clothes. The silent protagonist -- who only speaks via head nods and shoulder shrugs -- must make his way through the darkest depths of the parking garage where Wizard resides. And that's when things start getting tricky.

With the top-down aspect of the game players take control of the anti-hero, where his main weapon is but a lead pipe. As he beats down more Creeps he can upgrade his arsenal to the usual firearms and katanas that make a far clearer mark on the enemies. What's more: with the ability to dash you can jump from spot-to-spot and quickly take down a good handful of enemies if you are both fast enough and in a good clean path.

For the most part the demo for Ruiner does a fine job with setting up the kind of world and atmosphere that your character lives in. The streets are gritty, the people don't seem very happy, and the corruption levels stink to high Heavens. However throughout the gloom and doom of the city of Rengkok there is a bit of humorous personality thanks to your hacker partner, as she speaks with humorous tones and uses Japanese emoticons to emphasize her playful mannerisms. (In fact, she kinda reminded me of a more grown-up Edward from Cowboy Bebop.)

However it should be noted that the difficulty level of the game was high right off the bat, as attempting to attack multiple enemies at once felt more impossible than not to get over. I died many times during my demonstration, forcing me to respawn sometimes in an area that was two enemy spawns beforehand. While there were health and energy areas to recover, what was given was but the bare minimum to survive.

Despite some minor frustration I do appreciate that Ruiner wants to teach you about how to strategize your moves before diving into the chaos. While death will occur many times over when you play each failure should be taken as a learning experience, and the more you know what not to do the better the odds of victory being in your grasp. While my play-through wasn't very successful, I still had a good time checking out this world that Reikon Games had created. (Also it should be noted that I'm no longer used to playing PC games as I did as a kid, so the failures I witnessed were more due to not being used to that kind of control setup.)

Ruiner is due for release later this year on PC, Mac, and Linux.