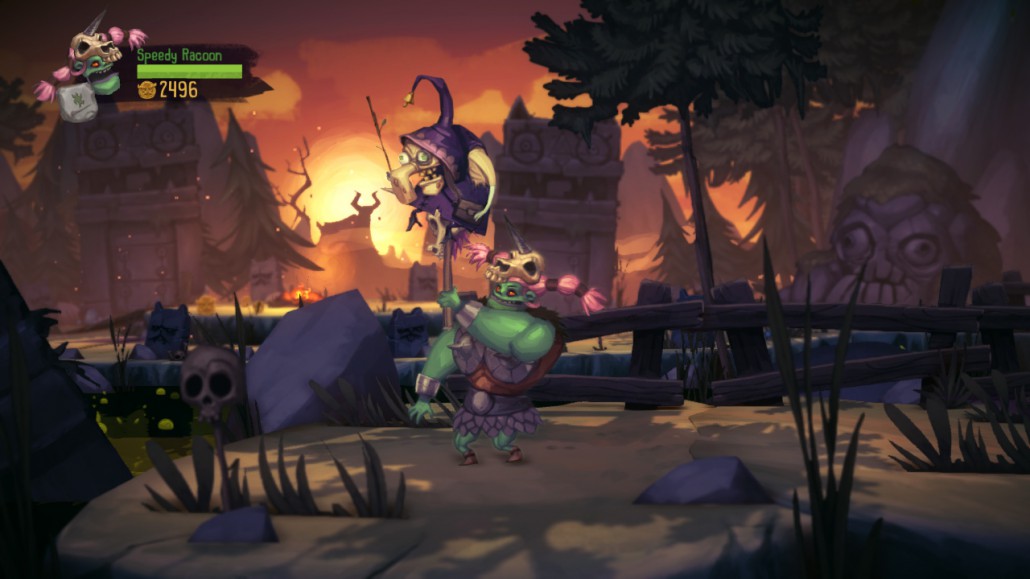 A couple years ago the folks over at Zoink! Games brought forth Stick It to the Man, a side-scrolling adventure with an amazing personality and a calcium-filled funny bone. Continuing on with this repertoire the Sweden-based developers decided to take this attitude and apply it to a Castle Crashers-like scenario. The result: Zombie Vikings, a hack-and-slash four-player co-op game that is filled with personality and hilarity.

At PAX East I was given the chance to play two levels of the game, and after choosing the zombified protagonist from Stick It to the Man as my character myself and three other players dived into what can only be described as pure madness. As I began hacking away at the enemy characters I noticed that great attention was placed on the beat-em-up mechanics. Enemies would start getting bruised, and on a couple occasions I would wind up beheading a live Viking in a giggle-inducing fashion. A real treat came in the form of my special attack, where I could place special stickers that could cause explosions, freezing techniques, and poisoning on either enemies or objects. 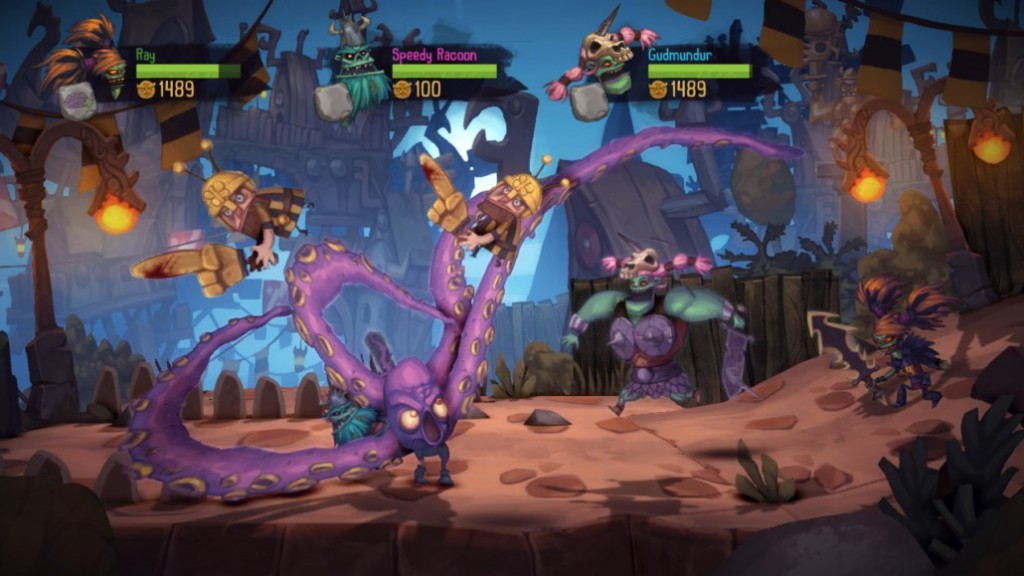 The real laughs during the Zombie Vikings demo came in the form of a mini-boss battle, where angry villagers began to chuck fish feces at us via a specially-made cannon. Our undead heroes discover a hidden door under a statue of one of the Vikings, one that the zombified version of doesn't want destroyed. However upon noticing that they didn't slim his thighs enough the mass destruction began, with the players having to toss the explosive poo onto the statue to break it. Each time it got closer to being eliminated the pose of the statue changed, resulting in some very hilarious reactions.

From these two levels it appears that Zoink! Games has kept its heart and humor in the right place. Reactions from my fellow players during the play-through were practically the same seven words strung together: "This is so stupid, I love it!" Perhaps that may be the best way to describe the overall game. What I witnessed in the demo was -- in a sense -- the right kind of stupid, the sort of thing we'd see in the likes of Ren & Stimpy or The Aquabats! Super Show. If you are looking for a co-op game that'll having you pissing yourself from laughter, then this one will be right up your alley.

Zombie Vikings is now available on PS4 and PC, and will be coming to Xbox One later this season.