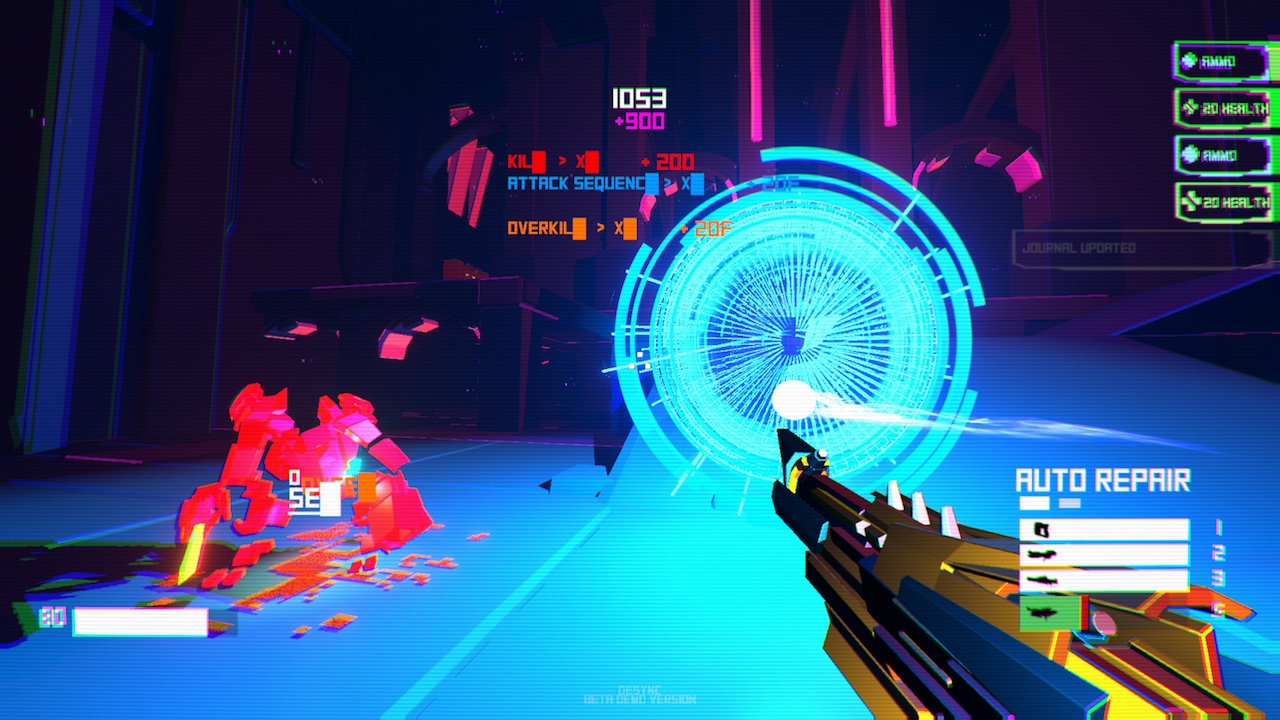 I died a lot playing [adult swim games] and FOREGONE's DESYNC, and I mean a shit ton! It's not often I come across a first-person single-player experience that has me wanting to bang my face onto the keyboard with maddening intentions, but this game left me a broken man after walking away from the booth. To those who think they're the kings of playing this genre, you may have found a new challenger.

DESYNC will have you going up against many unpredictable enemies, many of whom appear to be smarter than any real-life gaming opponent you'll ever come across. Depending on how your strike your attacks and successfully make kills will result in the score that you'll receive. However as the enemies charge over towards you with the strongest of mights the odds of success are very much easier said than done. Once you defeat the other enemies, you'll then have to face off against the level's Zone Defender in order to advance to the next area. 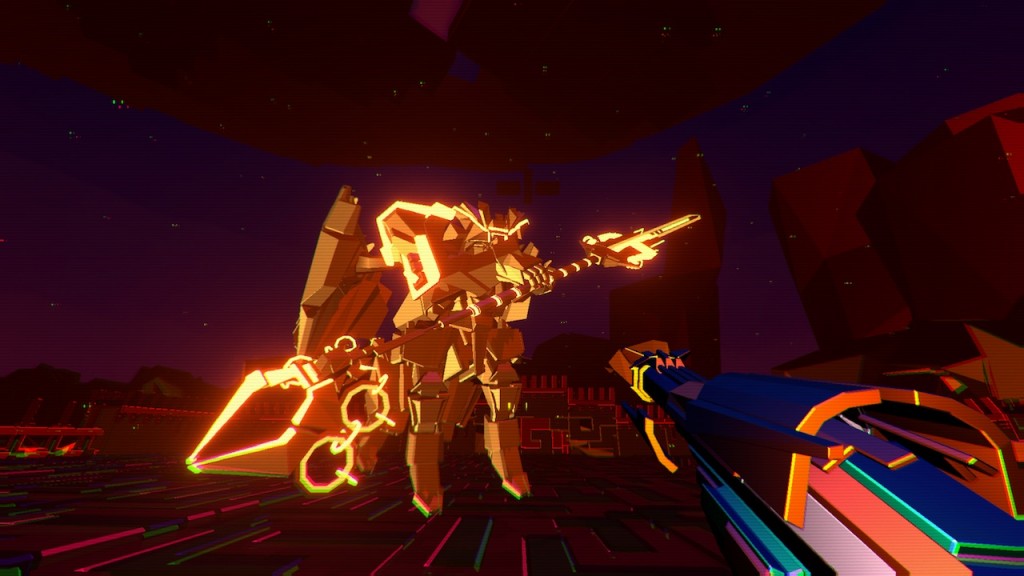 This is the type of game where being aware of your surroundings won't be enough to survive. Dodging, laying down attacks, even running with your tail between your legs will have to be done in order to keep your head attached to your shoulders. My constant demise came towards me in the form of two hammer-wielding knights, and even with dueling pistols my fate was always the same: cornered and smashed to bits. No matter what I did, I found myself having to restart the level.

Yes, it was quite frustrating to watch my demise over and over again, but DESYNC is meant to test those who are the so-called experts of the first-person shooter genre. I got schooled hard here, with every death a learning experience on what not to do with these enemies. Of course, having failed the final exam, it looks to me that I'll be having to study up a lot more once the full title is released. 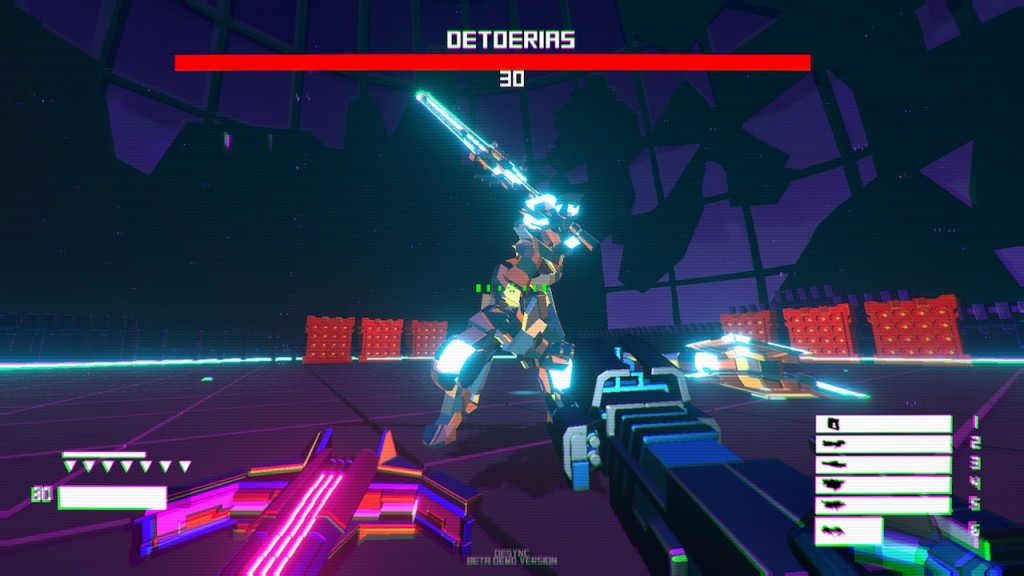 This game may be too tough of a beast for me to tame, but I am curious to see how others will fare with the likes of FOREGONE's monstrous creation. With its beautiful Tron-like graphics and hardcore gameplay mechanics there is quite a lot that'll drag in the toughest gamers across the globe. Heed this advice, though: make sure your keyboard and mouse can withstand even the biggest of rage-quitting scenarios.

DESYNC is due out for PC later this year.