And get ready to eat some pizza

With the Teenage Mutant Ninja Turtles: Mutants in Manhattan video game coming out May 27 on PS3, PS4, Xbox 360 and Xbox One, we thought it would be a good idea to refresh your memory about the members of the team: 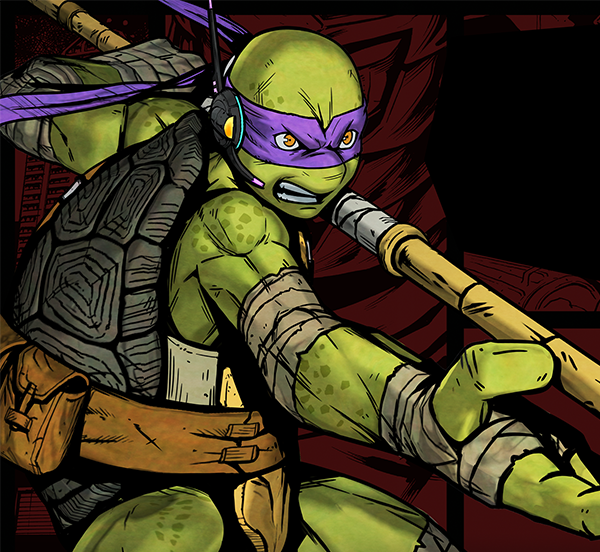 Donatello (Donnie) – The scientist, inventor, engineer and technological genius, Donatello wears a purple mask and wields a bo staff. Donatello is perhaps the least violent turtle, preferring to use his knowledge to solve conflicts, but never hesitates to defend his brothers. He is named after the early Renaissance Italian artist and sculptor from Florence, Donatello. 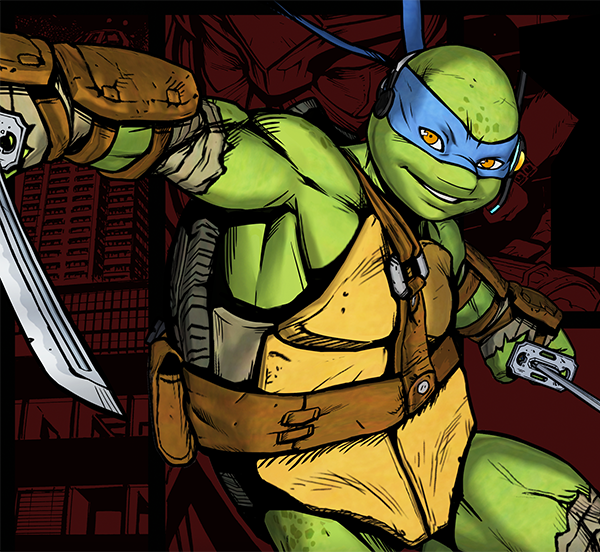 Leonardo (Leo) – The tactical, courageous leader and devoted student of his sensei, Leonardo wears a blue mask and wields two katana. As the most conscientious of the four, he often bears the burden of responsibility for his brothers, which commonly leads to conflict with Raphael. Leonardo was named after the Italian polymath, painter, engineer, inventor, writer, anatomist, and sculptor, Leonardo da Vinci. 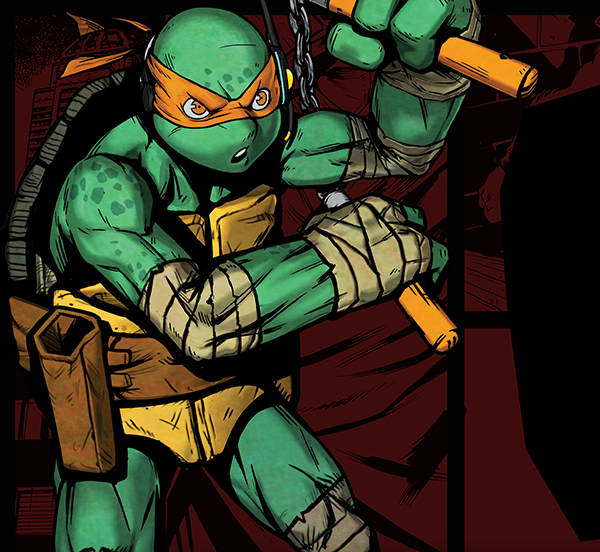 Michelangelo (Mikey) – The most stereotypical teenager of the team, Michelangelo is a free-spirited, relaxed, and often goofy jokester and known for his love of pizza. Michelangelo wears an orange mask and wields a pair of nunchucks. He provides the comic relief, though he still has an adventurous side. The least mature of the four Turtles, he shows characteristics of a "surfer" type and is often depicted with a Southern Californian accent. He is named after the Italian Renaissance painter, sculptor, architect, poet, and engineer, Michelangelo. 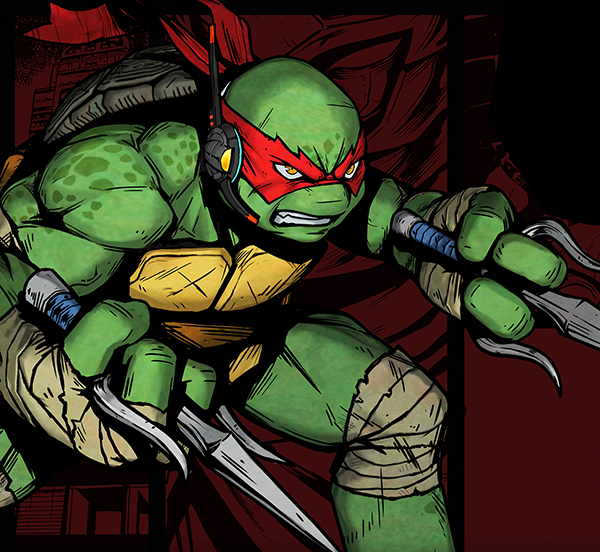 Raphael (Raph) – The team's bad boy, Raphael wears a dark red mask and wields a pair of sai. He is physically very strong, has an aggressive nature and seldom hesitates to throw the first punch. He is often depicted with a very pronounced New York accent. His personality can be fierce and sarcastic, and oftentimes delivers deadpan humor. He is intensely loyal to his brothers and sensei. He is named after the Italian painter and architect of the High Renaissance, Raphael.