HomeAnimeWhich Pokemon is your favorite? Now you can vote on it
Anime

Which Pokemon is your favorite? Now you can vote on it

You've got plenty of Pocket Monsters to pick from

Trying to decide among the candidates still running in the U.S. Presidential election? That's nothing, compared to a much-bigger election going on in Japan right now.
The folks there are trying to decide which one of the 720 known Pokemon is their favorite in "The Pokémon General Election 720." A Japanese website is already running to help decide the matter, with voting running through May 8. 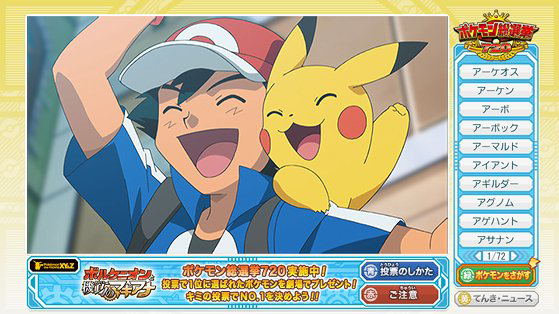 Intermediate results were to be announced April 28, but the April 16 Kumamoto earthquakes put a crimp in those plans. The election website simply states, "For the future of the situation, we ask that you please confirm in HP of each theater and stores. For your understanding, thank you." At least, that's the Google translation of the Japanese site.

The vote is being held in conjunction with the impending release of the film "Pokemon XY & Z: Volcanion to Karakuri no Magearna," which includes two new monsters that aren't eligible for voting: Volcanion and Magearna. 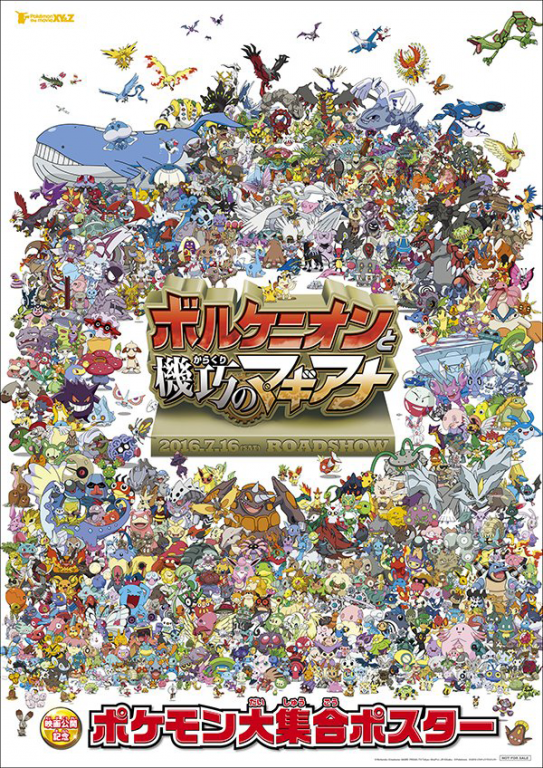 Participants can cast their votes at polling boxes at Pokémon Centers and Toys 'R Us locations, online, using a digital TV remote during the Pokémon XY & Z broadcast on TV Tokyo and using a ballot in Coro Coro Comic. The official movie site is located here.

From the voice actor of Pokémo...