It's funny how a game tends to be one thing when it is in fact another. One look at SUPERHOT, and you'd be forgiven if it looked like a stylized first-person shooter. Instead what is delivered is one of the most unique puzzle games in recent memory.

SUPERHOT starts out with an old-school chat between a couple people. One friend tells another of a really awesome game, and the other's curiosity results in him giving it a go. Upon playing the player realizes that time moves when you move, so when attacking enemies you must cautiously dodge bullets and attacks since it's a one-hit kill scenario. However the deeper the game goes the more the truth slowly trickles out. 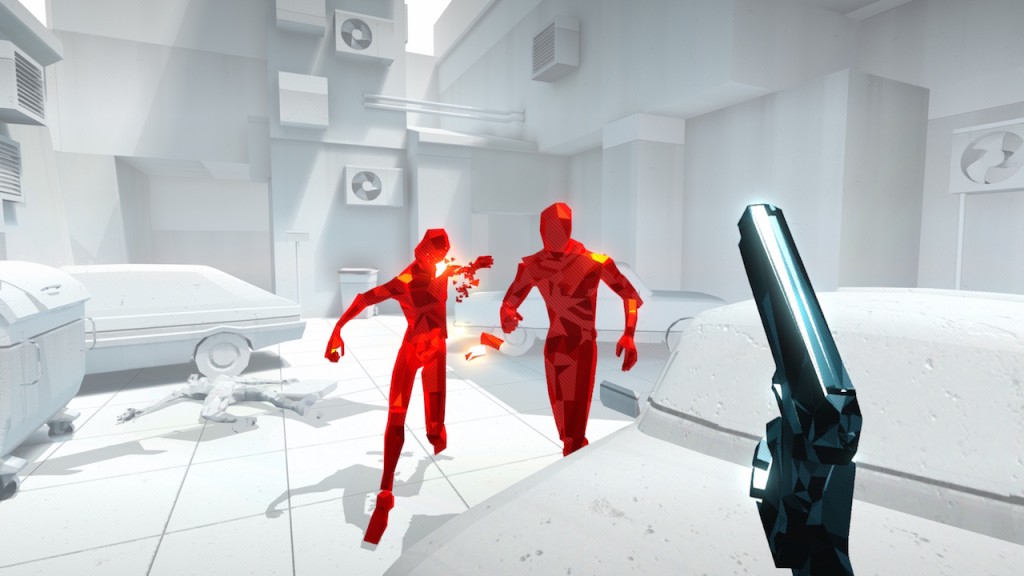 Soon you begin getting warning messages to stop playing the game, but with that not being an option you dive in further. And that's when you realize that SUPERHOT isn't just a game; it's a wake-up call to both hardcore players and sheltered individuals. You start losing control, find yourself unable to type out warnings or escape, and slowly realize that the only way to be free is to become one with the program.

When I first played SUPERHOT at E3 2014 I was intrigued by its core concept. A step or turn of your body moves time, meaning you'll need to carefully lay out the groundwork as to how you plot your moves and take out the enemies. This means always being on alert, watching your six, and keeping count of your bullets and nearby objects to toss at enemies. It's a rather cool puzzle game that feels like you're taking part in a kickass action movie. (Watching the replay sped up to normal time makes it seem like you just recreated a scene from The Raid 2: Redemption.) 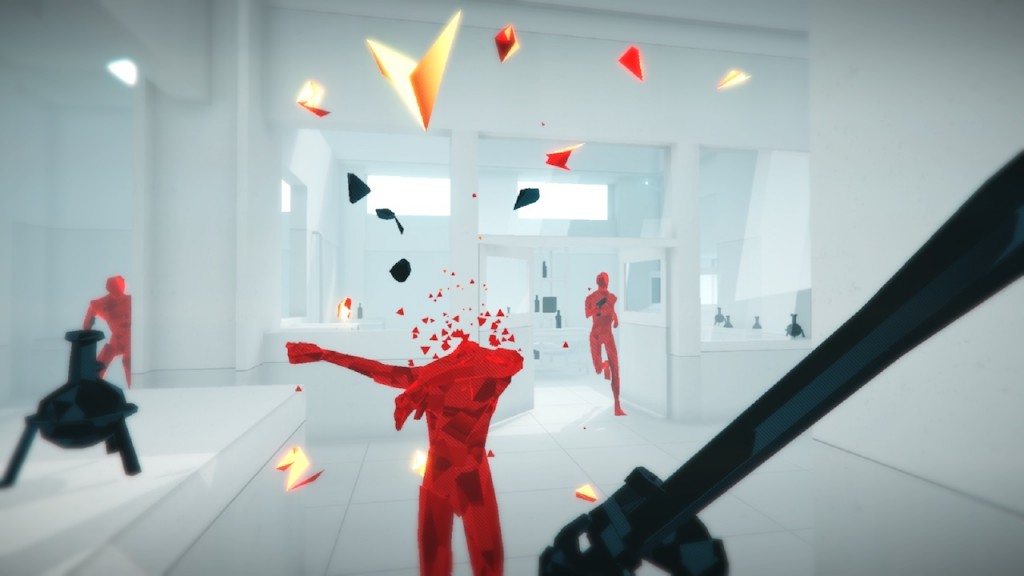 The game could've just been a first-person experience with little backstory or explanation, and this is where the story comes in. You start to think that there's no point to what's happening, or why everyone is styled in red with non-flashy backgrounds. And that's where Superhot Team hooks you with a Matrix-meets-Serial Experiments Lain story where man fights machine to become one with said machine. Jumping back-and-forth from game to DOS prompt gives it this sort of immersive experience, as you can go into a secret chat room, play a weird little game or two, watch some crappy-looking videos and pics, and come across some other strange tidbits in the vein of early-90s computers.

Controlling the game is rather simple, but it comes down to how you time yourself as you take on enemies. On some occasions you'll need to use your instincts to see who you should take out first, as there will be moments where enemies will be up close and personal with your bad self. As the slightest movement will start time it'll be up to you to proceed with hairline-sped combat in order to survive. One wrong slight of hand, and be prepared to start all over again. 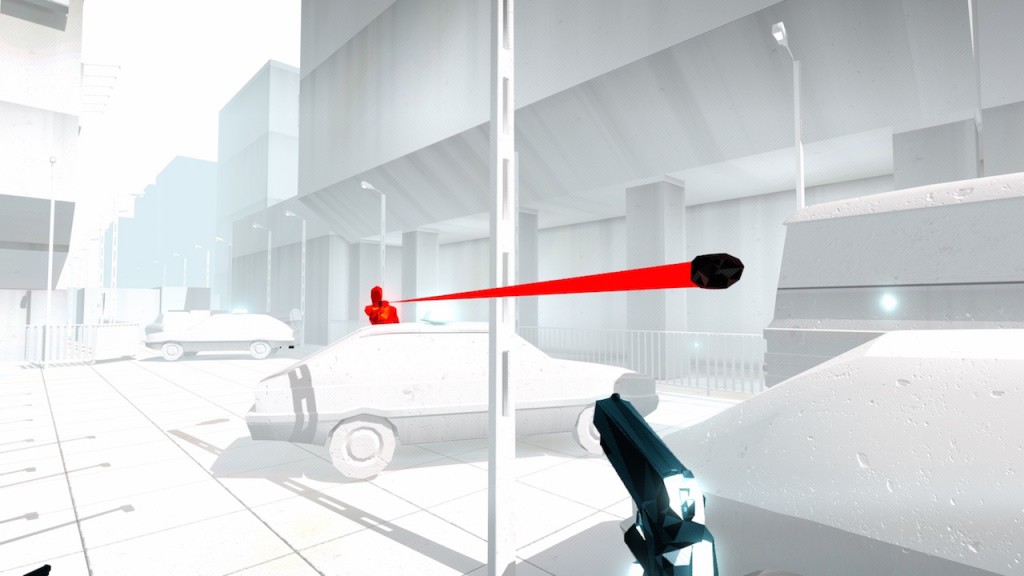 SUPERHOT does an outstanding job with keeping you on your toes at all times, and what makes it enjoyable is that it doesn't leave you frustrated as you go along. The game gets harder, no doubt, but a mistake will lead you to discover new and fun ways to take out the enemies. It knows how to make you think as you slowly progress through a level, showcasing what it's like to lead everything via on-the-second decisions.

The main campaign will take you about four hours to complete, but once done you'll be able to unlock new challenges, a katana mode, Endless mode, and replay all the levels in hopes that you can find all the secrets hidden from within. (Also thanks to Superhot Team I now have to look into the discography of Polish rock band Republika.)

SUPERHOT is one badass shooter puzzle game, and anyone would be a fool not to take aim at it. Its gameplay mechanics, visual styles, and well-thorough story will easily drag players in and experience it in full. Tell your friends...