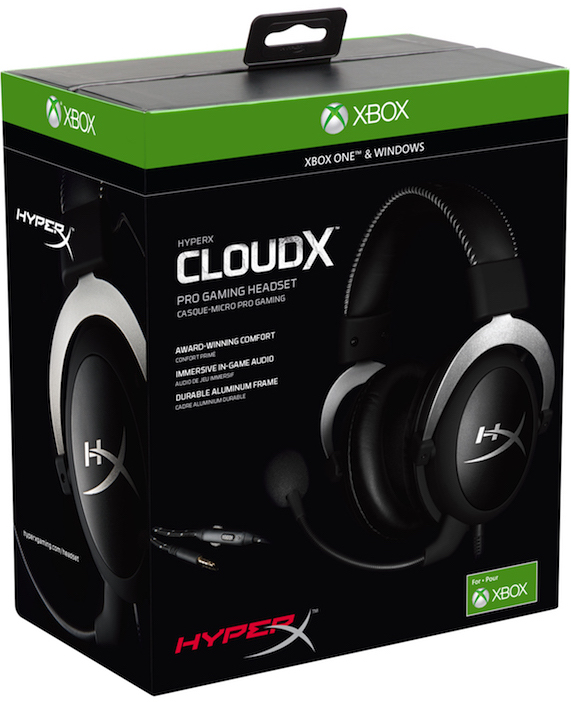 Sometimes there's a challenge to be had whenever a third-party company comes in to create an official accessory for a console or computer. In the case of Kingston's HyperX division, designing a headset to specifically suit the needs of both Xbox One and PC users wound up being a lot simpler than one may think. In fact, by building the CloudX with both Microsoft's console and Windows users in mind, they have helped to unleash a true audiophile's dream.

The HyperX CloudX comes packed with a few goodies, from its interchangeable ear cups and PC extension cables to the trademark detachable mic and travel case. The travel case, mind you, is incredibly well-built, as its rock-solid exterior and durability masks a light weight that makes bringing it around to various events as simple as can be. While the detachable mic is easy to adjust and remove, the interchangeable ear cups may take some practice when it comes to switching them out. (On average it took me about three minutes to switch each ear on and off.)

Audio-wise, the CloudX boosts some impressive speakers. Playing something as bullet-riddled as The Division or even soothing like Minecraft: Story Mode can bring about a wonderful immersion with its quality. The crystal-clear audio that comes blaring out captures everything within your surroundings, be it the discussions between two NPCs or the mightiest of roars from DOOM's Cyberdemon.

When it comes to noise-cancellation, the CloudX reigns supreme. While wearing the headset I noticed that all my focus was on the game at hand, with nothing outside my perimeter distracting me in my home. However, the ultimate test of the CloudX's noise-cancellation came about at the headset's launch party in Los Angeles. While the DJ was spinning the likes of Pharrell and Drake, there were kiosks in the hangout areas where players can test out the headset for themselves. 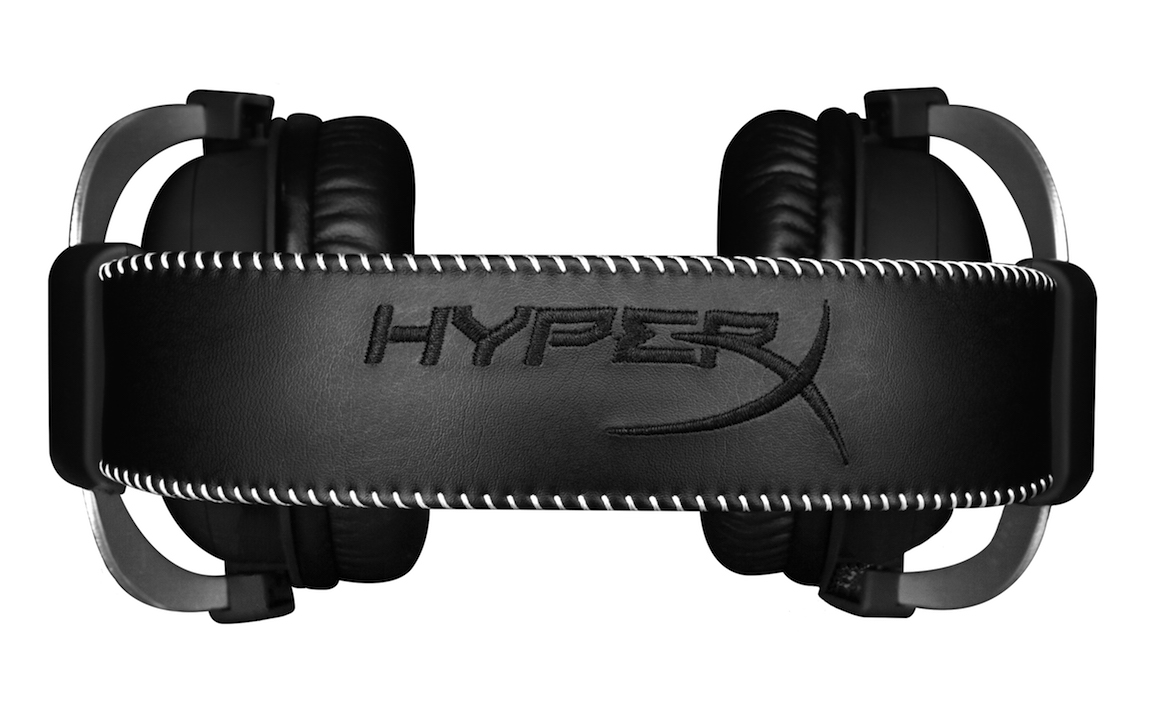 As I ran through Rise of the Tomb Raider, Star Wars: Battlefront, and Just Cause 3, the loud sounds of the party were muffled out completely by the adventures of Lara Croft, Rico Rodriguez, and some random Rebel Alliance soldier. Even on the highest of volumes, the sounds of "Happy" and "Hotline Bling" were no match for the snowy hills of Siberia and chaotic streets of Medici. Hell, I didn't even need to adjust the volume on the headset's in-line audio control!

Comfort-wise, this is where HyperX gets my golden seal-of-approval. I'm happy they stuck with the similar headband that was with the Cloud II rather than the Cloud Revolver, as the latter got a little uncomfortable after just an hour or two. With its memory-foamed cover, the headband rested nicely without pushing down any weight. Hours of nonstop gameplay -- as well as some binge-watching on Netflix and Crunchyroll -- was a cinch, with only one or two times I had to adjust my ear cups due to perspiration. 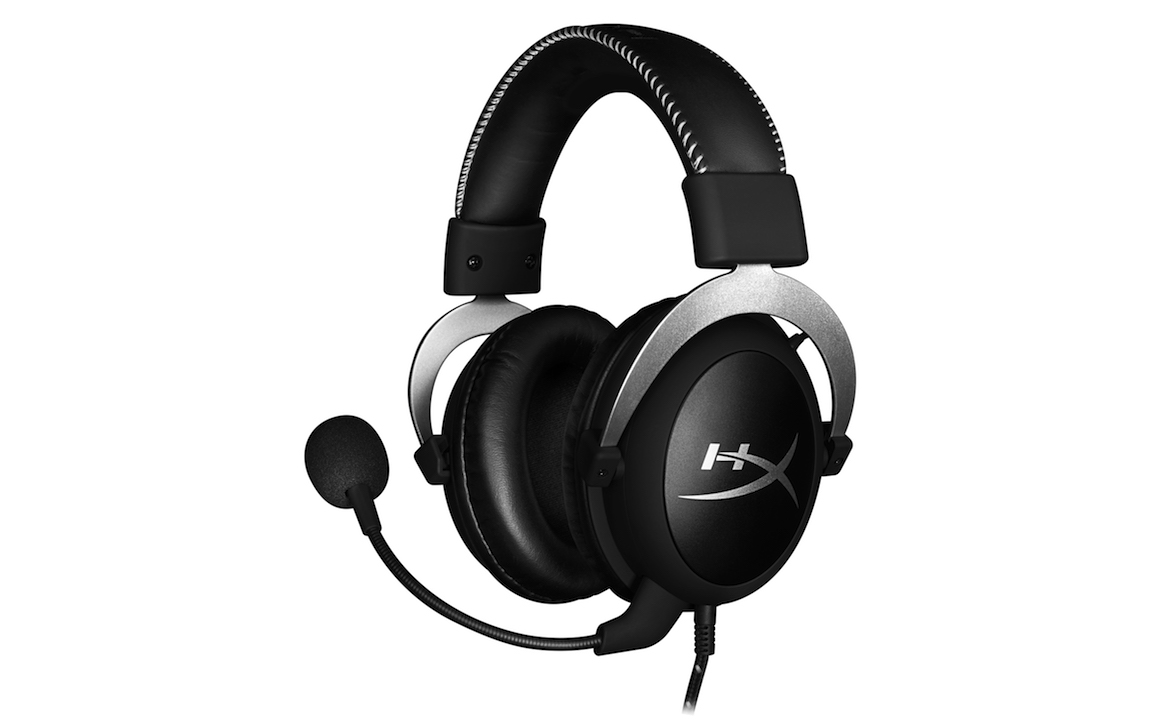 It's also good to see HyperX using their noise-cancellation microphone that was in the previous models. Unlike the new design that came with the Cloud Revolver, the sound of my breathing doesn't come in as noticeably on the CloudX. Heavy sighs are a give-in, as are hard-sounding consonants. Fortunately you'll be coming in loud and clear for your friends as you play the fiercest of battles with or against them, with Skype calls even coming in nicely through your Xbox One.

The one downside to the CloudX is that it requires a regular headphone jack to use on the Xbox One. Those with Elite controllers won't find this an issue, but those who have the regular controller like myself will require to drop a few extra dollars to grab the Stereo Headset Adapter if they want to experience what this headset has to offer. It's a small price to pay, but then again most people with the regular Xbox One controllers are certain to already own this adapter. For PC users, there is the additional extension cables that come with the headset, so if your computer has separate jacks for headphones and mic, then you'll be in the clear.

HyperX's CloudX is a sturdy, comfortable, and well-designed headset that will keep you focused on what's on screen without the worry of outside audible distractions. For pro-gamers, it's a must-own for those needing to drown out the crowds; for your average player it's a welcoming accessory for your Xbox One or PC. Just make sure you have the Headset Adapter for your regular XB1 controller before plopping down the $130 for it.