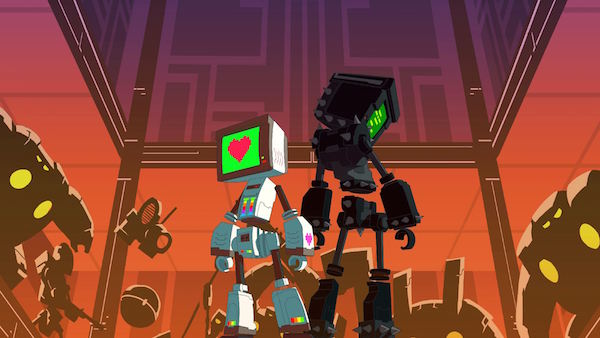 Starting from the beginning in any roguelike game can make it hard to feel like any real progress is being made. Most of these end up filling that gap by either having a set of permanent unlockables or relying on the player to get better at the game. What surprised me about Heart&Slash was that they actually snuck a persistent story in there as well. Tight and fast-paced combat, an excellent score and pleasing visuals lead this game to being a surprisingly good roguelike brawling experience.

Taking place after the robots have conquered the world, Heart&Slash is a roguelike brawler with lot of, well, heart. Featuring one of the more hummable soundtracks in recent memory and some nostalgia-inducing voxel-based graphics, Heart&Slash spoke to me almost immediately. The soundtrack has a modernized NES era Mega Man quality to it that instantly grabbed me and has yet to let go weeks after starting to play. If you search around enough, there are even some objects, like question mark boxes, laying around to tweak the nostalgia-center of your brain. 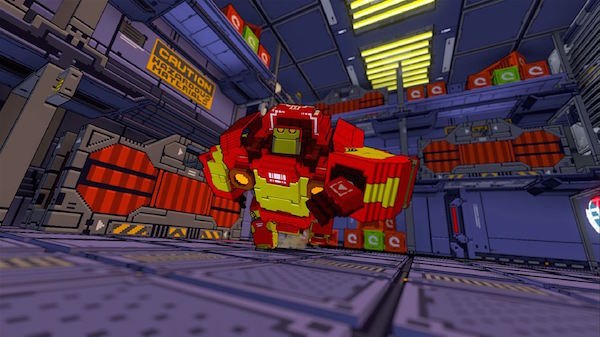 Admittedly, on my first few attempts, the combat in Heart&Slash did not grab me at all. Fighting can be quite punishing when you're first starting out and aren't as familiar with how combat works. Everything is very fast and even after playing it a good bit, I still don't feel very skilled. There s a dodge button that I honestly never learned to effectively use, for instance. In the first encounter with Slash, one of the titular characters, I was utterly defeated on a number of attempts. After finally conquering the surprisingly tough fight, in my rage I finished off the character. This helped quell my rage a bit a bit, and upon defeating Slash the next time, I decided to spare the blade-wielding robot instead. After this, something changed that surprised me: Slash was not waiting to fight me in that room.

After exploring a bit more, I happened upon Slash in a completely different location and was put through a different challenge. The entire game is filled with moments like this, where something you had done during a previous play-through has had an effect on your next run and I loved it every time it happened. It managed to, unlike many other roguelike games, make me feel as though I had progressed in a meaningful way and kept driving me forwards. It even makes sense from a narrative perspective since every game starts with Heart being assembled. Presumably, the game world can be persistent and Heart is simply being rebuilt for every run. 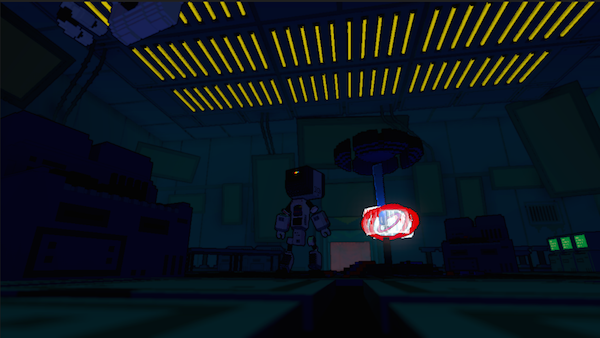 Even with these persistent story elements driving the player forward, one of the most important things in keeping a game like Heart&Slash fresh is a diversity of items. At the beginning of each run, the first room Heart enters has three items, a mix of weapons and armor, to equip. As you destroy enemies, these can be upgraded and made more powerful as well. The developers snuck in some funny jokes, and a few references, into a lot of the flavor text for these upgrades that I consistently enjoyed reading. As you play and accomplish more, you'll unlock even more stuff making new runs just a bit easier. Additional characters, beyond Heart, can also be unlocked for future play-throughs. You can even salvage a lousy run by saving upgrade materials for a future play-through.

Running through the various corridors wasn't all rosy voxels and jamming with retro-inspired tunes. Some weapons offered are better than others, though this could be attributed to taste, and I did run across a handful of glitches here and there. Once getting outside, I happened upon a crumbled building that led up to the top of another. Apparently, I was not supposed to climb up there, because I fell straight through. Luckily, I managed to get back to real ground, but it was a scary few seconds as I was well into a decent run. Every now and then I got stuck in the geometry, which can be maddening especially when being pummeled by enemies at the same time. 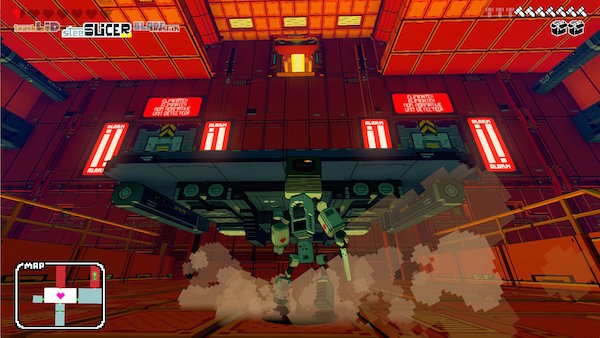 Oozing style through every voxel, Heart&Slash will capture your heart with its bright and cheery music and visuals. The combat takes a little bit of time to get used to, but once you're there, each run is a fun romp through the robot apocalypse. The game isn't perfect by any means, but if you've been itching for a decent roguelike or brawler to play, I would enthusiatcially point you in the direction of this game. You can download Heart&Slash today for the PC, Mac, Linux, PS4 and Xbox One.