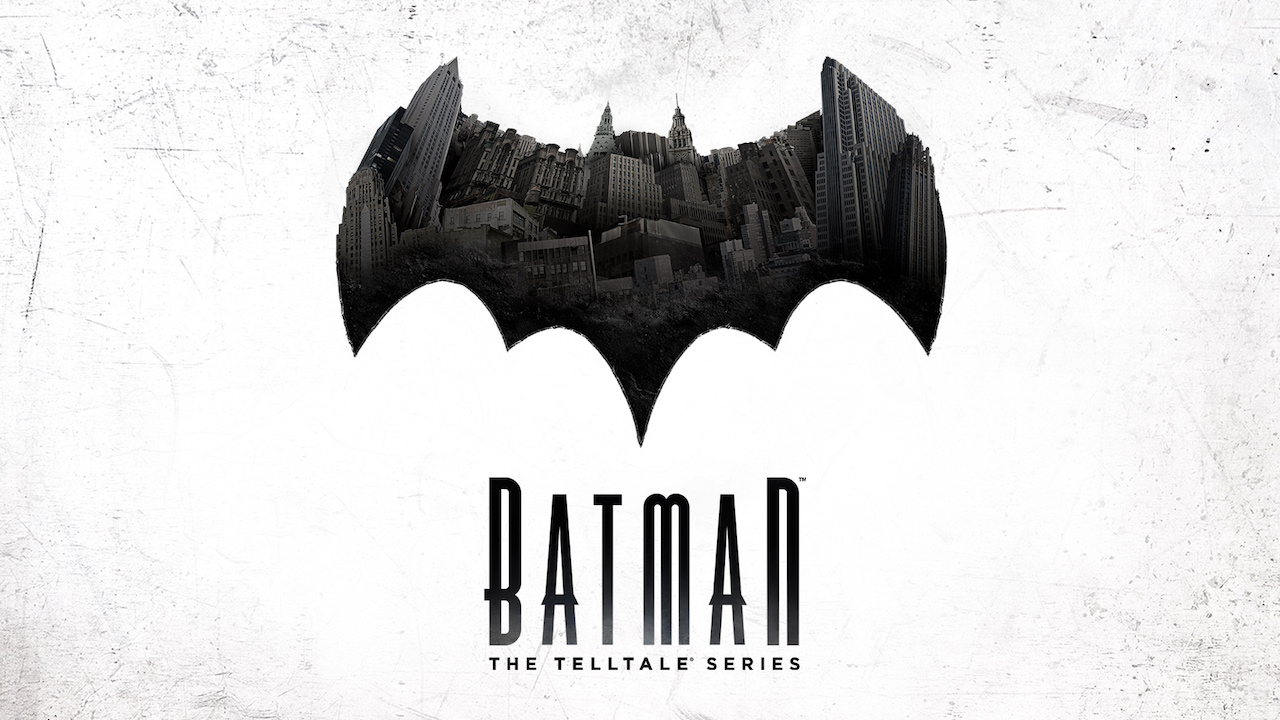 As the end credits rolled through "Realm of Shadows," the first episode of BATMAN - The Telltale Series, those two words were the only thing I could muster up. For years, I've held high regard for Rocksteady Studios and their brilliant take on the Dark Knight. But in just the mere two-hour runtime of Telltale Games' first crack at the Bat, I realized that -- in regards to storytelling -- this was the proper way to showcase a tale behind the cowl.

Let's be clear: from this first episode, we can expect Telltale's Batman series to be a lot more focused on the Bruce Wayne parts of Gotham's mightiest anti-hero. We see how he deals with politics, business, and even how he handles himself in public. You can tell all throughout "Realm of Shadows" that Mr. Wayne prefers to hang around the Batcave more than shake the hands of his constituents. However, when the mask goes on, the game transforms itself into a whole different monster. 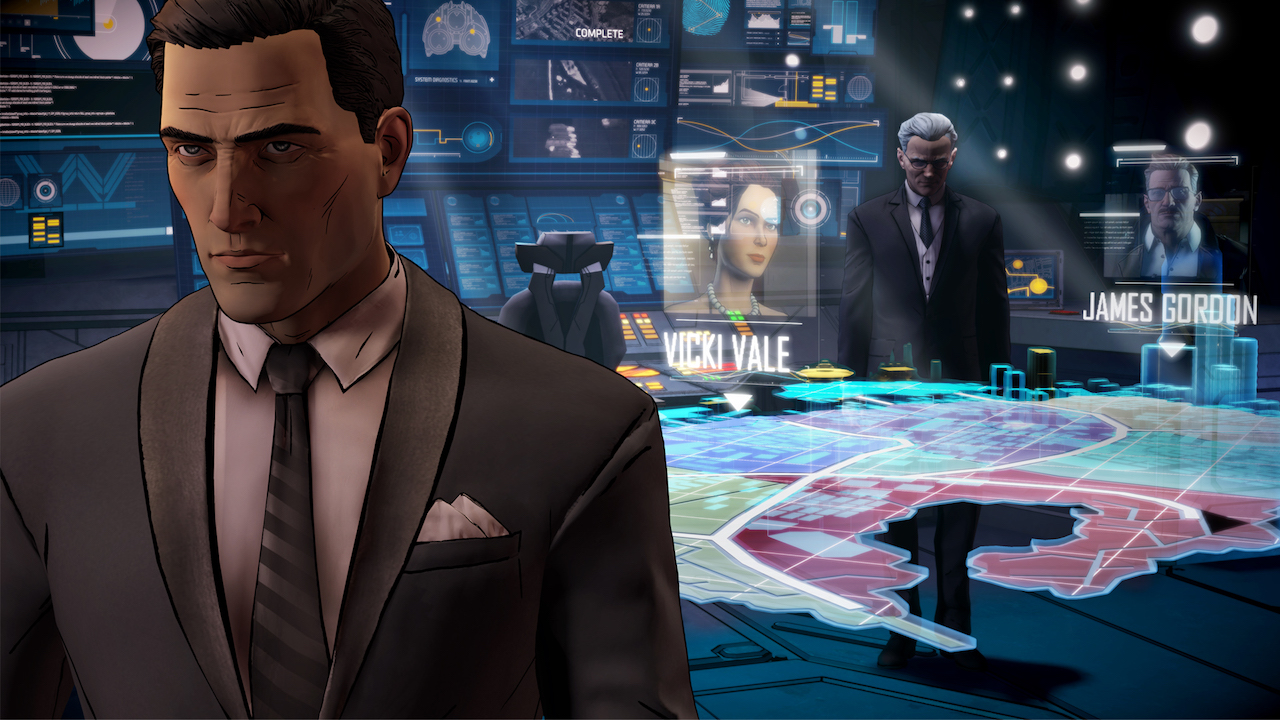 Episode One puts Bruce Wayne in charge of hosting a party for his friends Harvey Dent, who is running for mayor. When mob boss Carmine Falcone wanders into the Wayne Manor, the city of Gotham begins to question if Bruce truly is the light of their city. However, after thwarting a team of burglars, Bruce uncovers a possible connection between Falcone and the current mayor. It's when he digs deeper when he discovers a more horrible truth.

What "Realm of Shadows" does brilliantly is highlight the importance of the Wayne family name, not so much the superhero that lurks under their manor. You get the mixture of bright and dark stories that are told regarding Bruce's parents, the former covering their philanthropy work and the latter...well, you probably know already. It also does a nice job hammering in why Bruce Wayne is looked at as an iconic figure to the people of Gotham; their beacon of hope in a city with crime on the rise. So when questions regarding some unsavory past dealings between the Wayne family and Carmine Falcone are raised, the city understandably begins to dim that beacon. 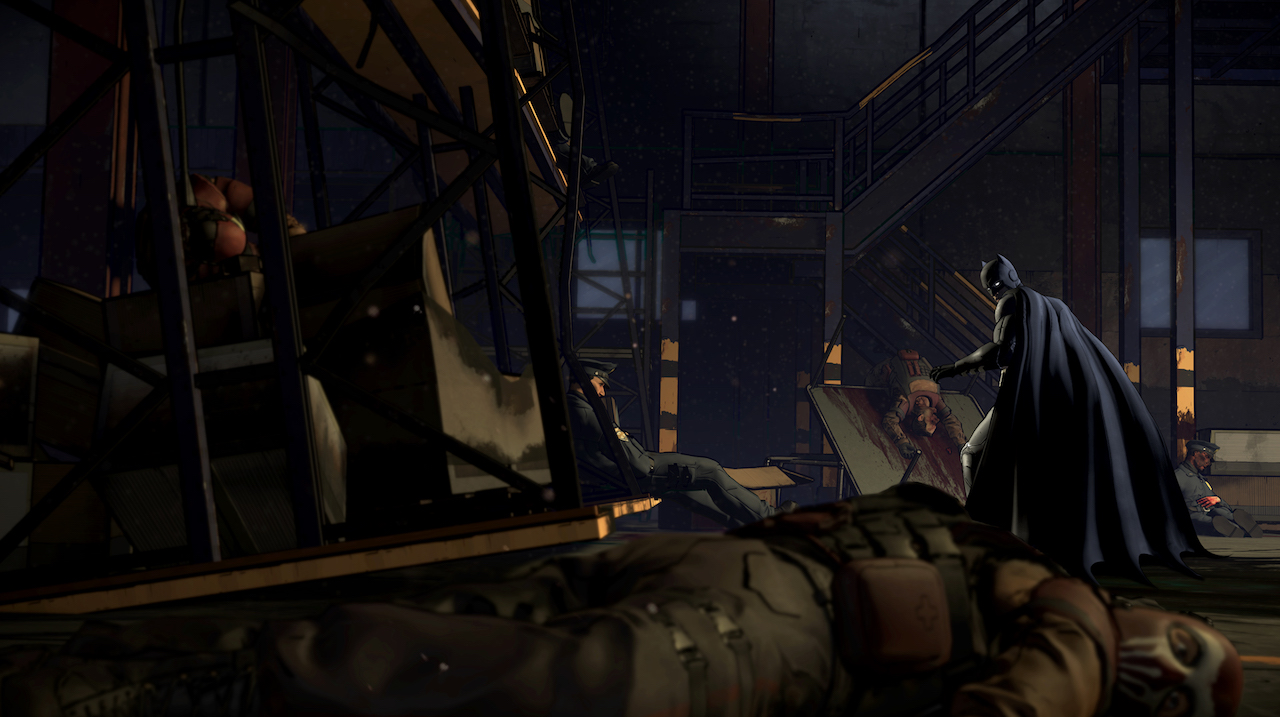 Thus when it comes to choosing how to respond to questioning and making decisions, there are times you'll feel Bruce is being cornered into a wall. In some occasions, what you say does not seem to matter, as people prefer gossipy speculation over the absolute truth. However, unlike past Telltale titles like The Walking Dead or Game of Thrones, there is that other side of your protagonist that you know is going to get to the bottom of it all. Say what you will of Lee Everett or anyone in House Forrester, but they are not Batman!

When the Caped Crusader comes into play, that's when you get to play the rough-and-tough detective every comic book geek loves. Searching for clues at a crime spree, you'll be given the chance to piece together the events that occurred before you made your entrance. There is a lot of trial and error, but thankfully there is no time limit. It's when you put your dukes up in some QuickTime Events when you need to be fast on the button. Whatever may be in the waters of Gotham River, they make fighting the city's goons and even the drop dead sexy Catwoman quite the challenge. 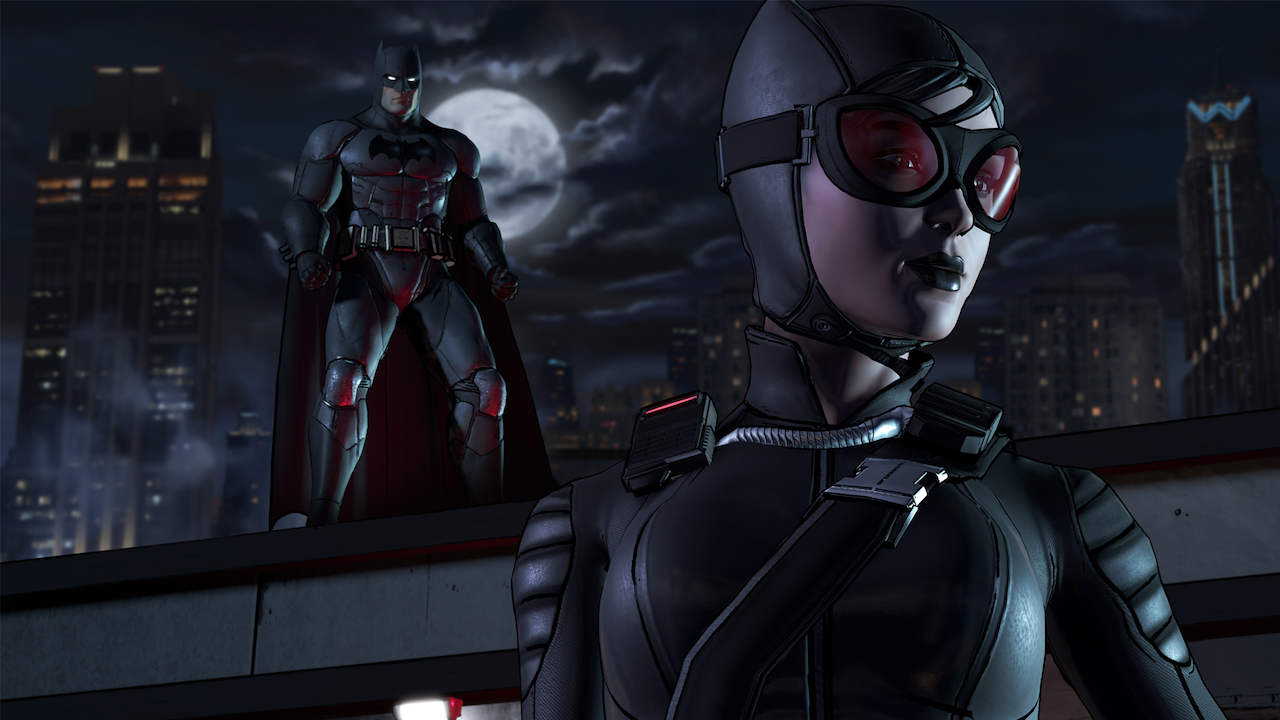 Telltale Games made the right choice with the game's visual style. Very much in the same vein as Fables: The Wolf Among Us, the cel-shaded look of Gotham made it feel more like the classic comic book come to life. Characters felt more three-dimensional, and the action sequences were just a big-lettered sound effect away from bringing the comic realm full circle. (I will admit, though, that Bruce Wayne here looked more closer to Sterling Archer, which got a minor chuckle out of me.)

There is no way that anyone will ever dethrone Kevin Conroy as the true voice of Batman, but Troy Baker does an outstanding job with bringing both the sympathetic aspect of Bruce Wayne and the angry anti-heroic attitude of Batman. As Harvey Dent, Travis Willingham performs the role with hard determination and a sprinkling of the darkness that is buried beneath the character. Enn Reitel plays the father-like figure of Alfred with a bit of the same magic Michael Caine did on the big screen, whereas Murphy Guyer acts as another -- albeit under-appreciated -- beacon of strength in the role of Lieutenant James Gordon. Meanwhile, Laura Bailey's Selina Kyle/Catwoman saunters with the right amount of mischievous and sexy to the role, demonstrating that the chemistry that she and Baker had in Tales From The Borderlands wasn't just a fluke.

All skepticism regarding an episodic Batman game has been thrown out the nearest window. A fantastic story, great voice acting, and enough plot twists to make your head spin make "Realm of Shadows" an insanely welcoming opener to Telltale's interpretation of the Dark Knight. Subscribe now to BATMAN - The Telltale Series, and avoid becoming a slave to back issue syndrome.

The rumor mill turns quiet in the...