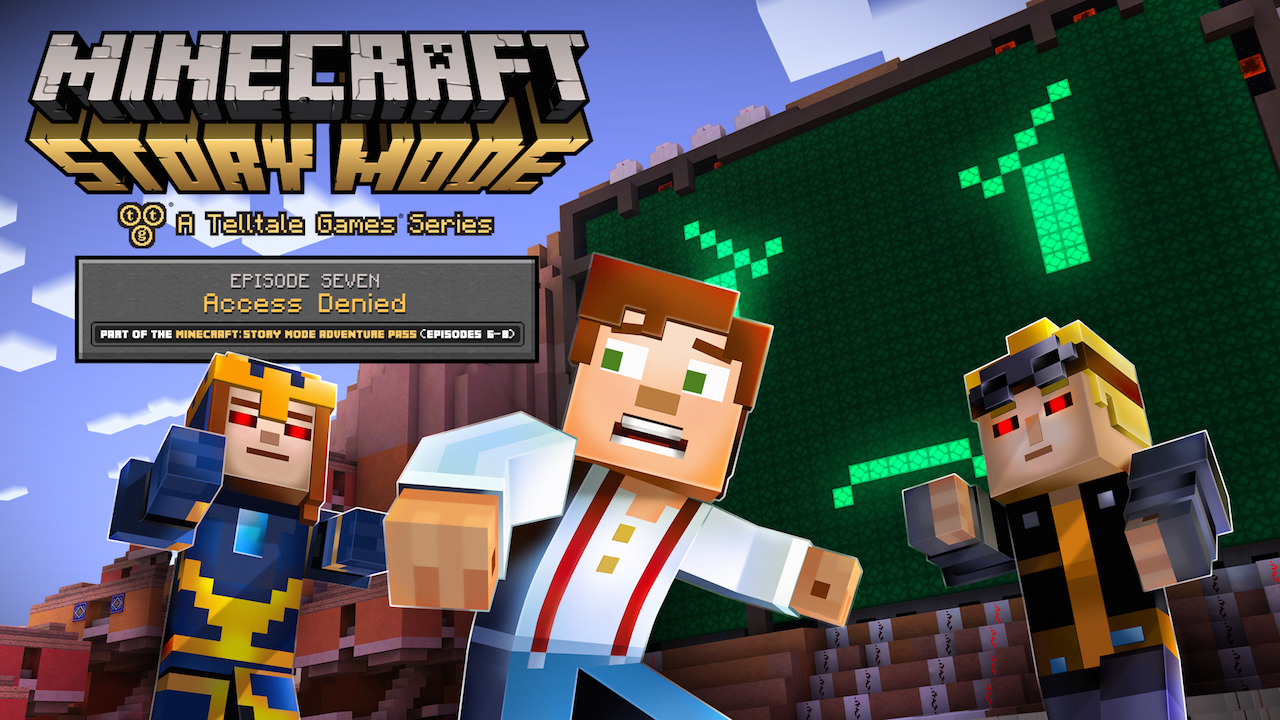 Minecraft: Story Mode has had its share of ups and downs. However, the additional Adventure episodes have brought to the series an extra zest of life that was nonexistent in its original run. As we saw Jesse and the gang tread through unfamiliar scenarios -- especially in Episode Six's "A Portal To Mystery" -- it gave me hope that this would be the route Telltale Games would take with its series. Sure enough, the route Episode Seven went with was kinda what I was hoping for.

"Access Denied" has the Order of the Stone tired of running through portals. Danger, mayhem, and fire is what seems to be at around every corner. Fed up with Jesse's leadership skills, Petra decides to choose a door for the team to go through. Upon entering the Redstone portal, they come across a large desert, with a path bringing them to a city with some peculiar citizens. 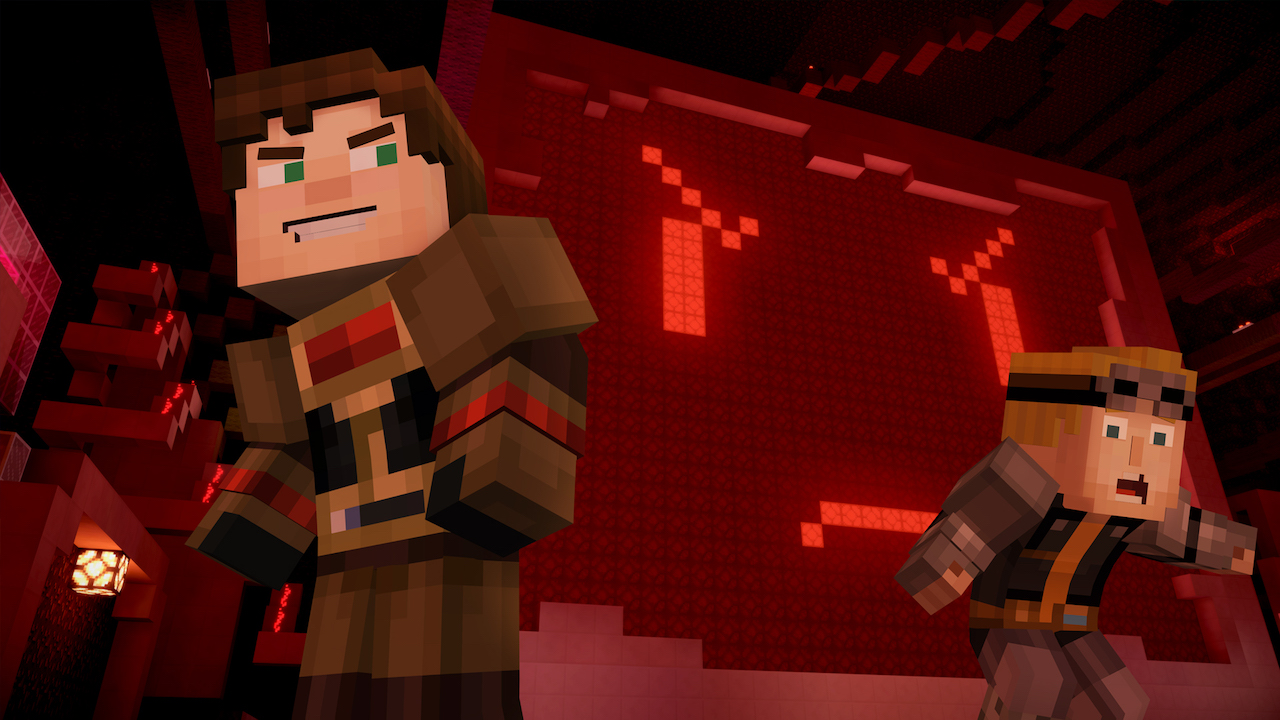 People, zombies, spiders, and all creatures are being controlled by a super-computer named PAMA, whose creator Harper is doing all she can to shut it down. Soon Petra and Lukas are captured, with Jesse and Ivor having to figure out how to rescue them from their enslavement. As they dive deeper into Harper's lab, the solution to both stopping PAMA and returning to the portal room becomes more than what meets the eye.

The addition of Yvette Nicole Brown (AKA Shirley Bennett in Community) as Harper brought a new dynamic to the Order of the Stone, especially in regards to someone Ivor can relate to. Her performance is one filled with both sympathy and empathy, as her loneliness for actual human interaction and guilt for creating PAMA were evident throughout the episode's run. It was also fun hearing Paul Reubens geek out over her being one of the Old Builders, as he and Brown basically made "Access Denied" feel more alive. 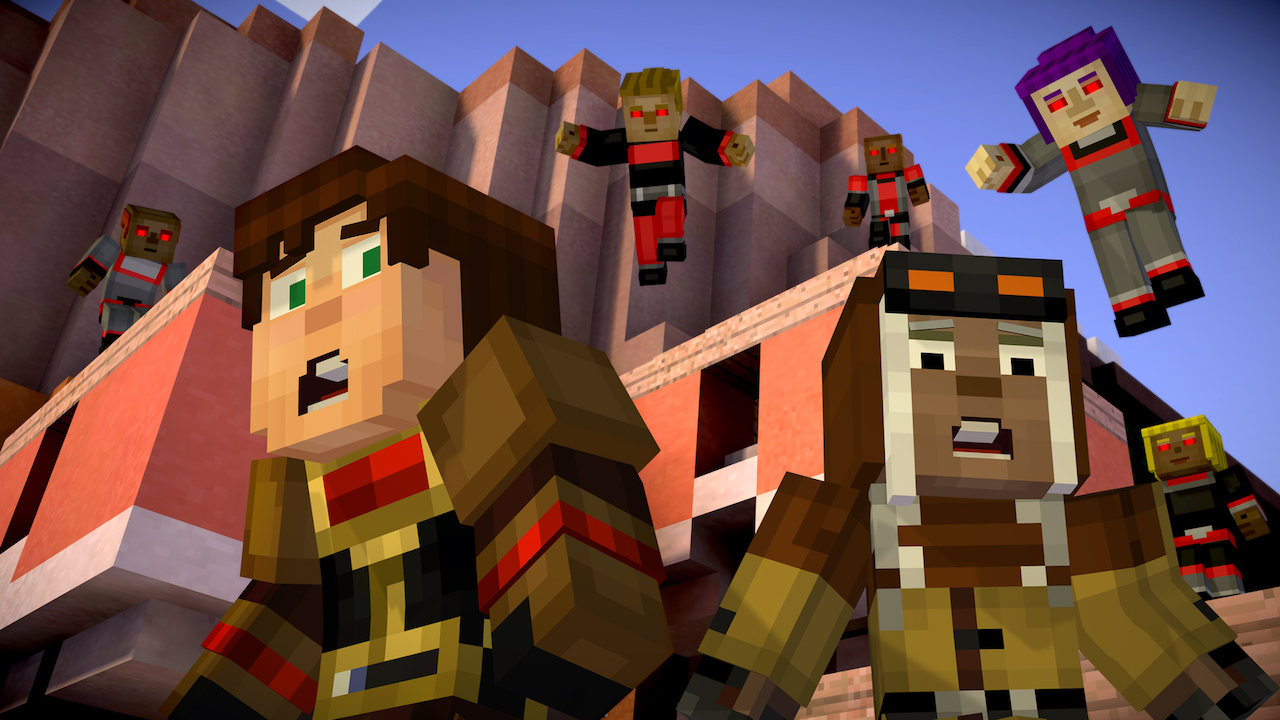 I noticed in this episode the swiftness players had to be with QuickTime Events, as I died more in this episode than I did in the past six episodes combined. It makes you do your best to recall the button layout with very little time to look down to double-check; as one who jumps from console-to-console to game, it's still a hard habit to conquer. Even dialogue choices were a bit tougher to choose from, as taking on PAMA and trying to get out of its sticky situation came as a bit more challenging than even dealing with The White Pumpkin in the previous episode.

However, I sadly have to admit that "Access Denied" lacked the same level of creative writing we saw in the last couple of episodes. While the story was great, the scenario is one that I've seen occur in past games, anime, and even an episode of My Little Pony: Friendship is Magic. Thankfully, while the story felt similar, the action and dialogue that was delivered in the episode still made the scenario very entertaining to watch and play.

"Access Denied" had a lot of good tense moments thrown into the Minecraft realm. While it didn't reach for the same level of creativity as "A Portal To Mystery," what was offered brought a surprising amount of action sequences and some stellar voice acting. With one episode to go, who knows what the Order of the Stone will be facing off with. One last adventure?

Final DLC of current Just Cause 3...