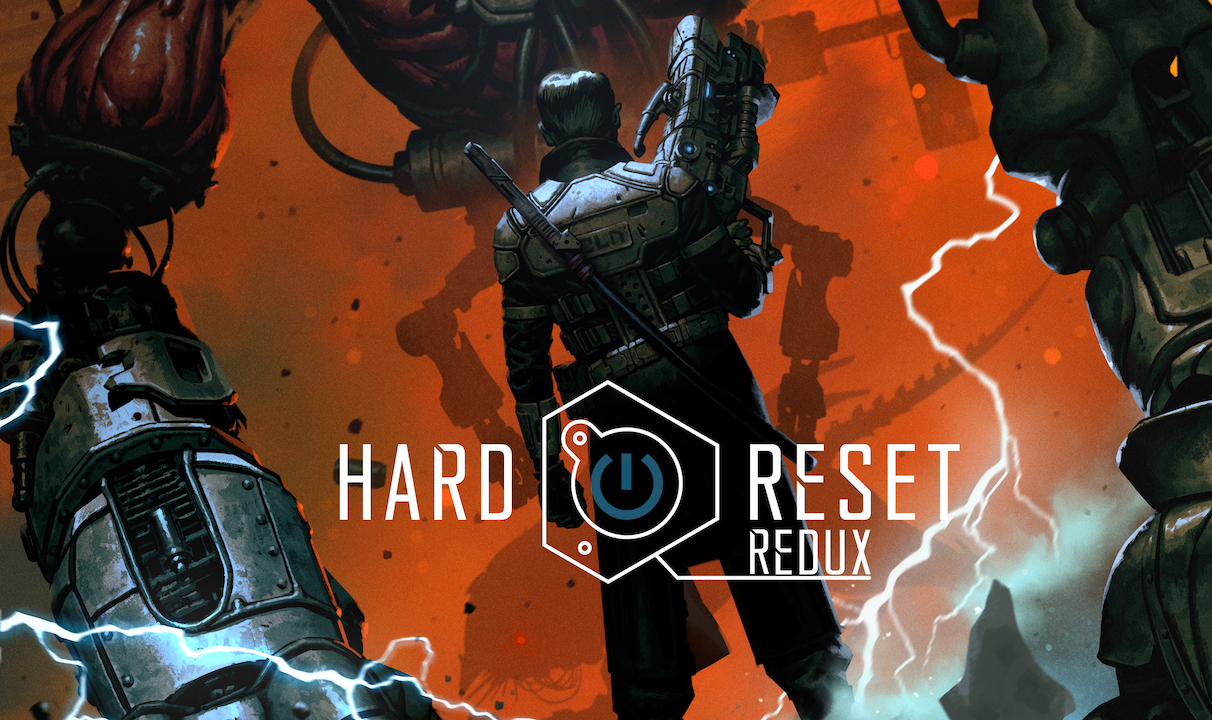 Originally released in 2011 on PC, Hard Reset was Flying Wild Hog's first foray into the video gaming realm. Since that time, the Poland-based developers has made a name for themselves with their critically-acclaimed Shadow Warrior remake. While we wait for its sequel to drop later this year, Flying Wild Hog has brought back their debut title to current-gen consoles, fully remastered under the title Hard Reset Redux. If this game skipped your radar five years ago, consider this your chance to get acquainted with this cyberpunk bad boy.

Hard Reset has you put into the shoes of Major Fletcher, a soldier of a corporate combat unit known as CLN. Humankind is on the brink of being completely wiped out, with the nastiest of machines out to kill anyone with a heart and soul. With the machines attempting to break through the walls of Bezoar -- the last known walled-out city -- Fletcher discovers that the truth behind the enemy origins isn't all that he thought it to be. As he digs deeps and scouts outside the perimeters, Fletcher soon finds a sliver of hope that can help save humanity once and for all. 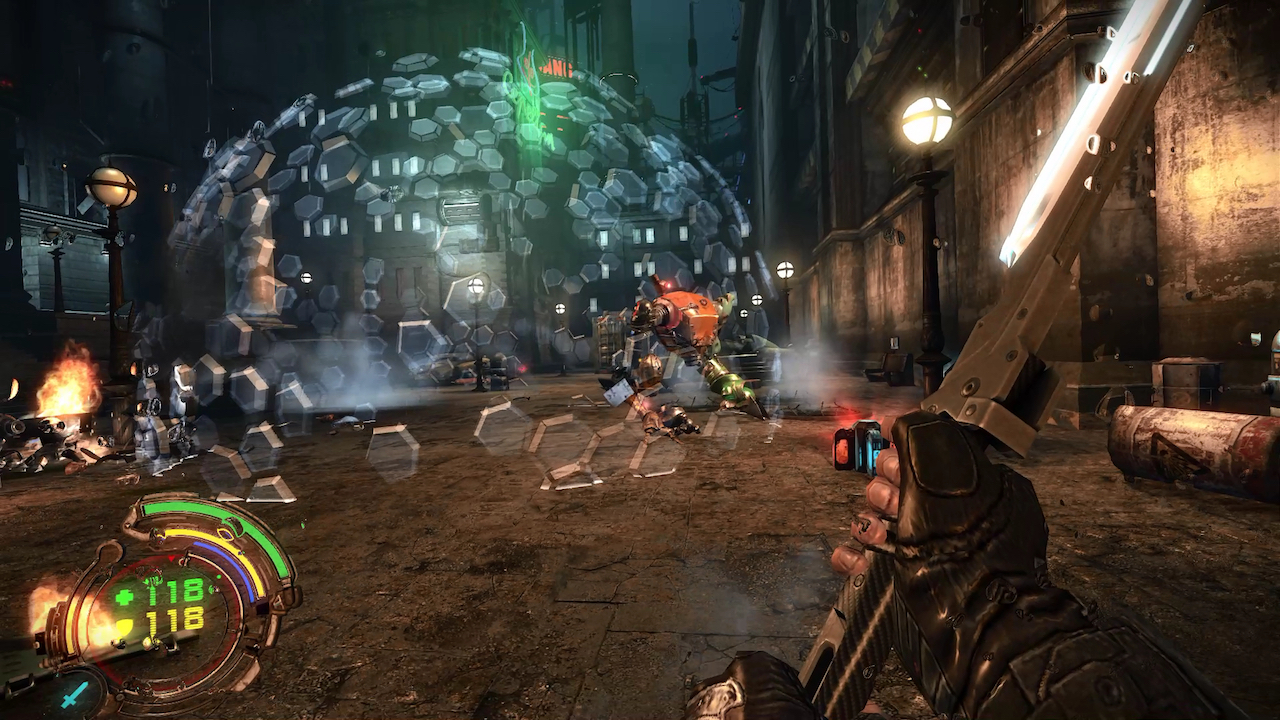 The game's story is pretty much a paint-by-numbers charade, with elements that you've seen plenty of in any Philip K. Dick novel. Fletcher is your raspy-voiced anti-hero who is out to just do his job, only to be lassoed into a predicament that will probably result in a lot of unpaid overtime and paperwork. As you progress through the game, you'll find out that all is not what it appears to be, with the usual backstabbing and misunderstanding that you'd come across in any old-school Schwarzenegger movie. To be blunt, the tale Hard Reset spins is not something to write home about.

However, it's when the actual gameplay occurs when you find the true nectar of what Flying Wild Hog wants its players to quench on. As soon as you waltz into Bezoar, the enemies arrive in droves. These machines are no chumps, that's for sure, as they attack you head-on without any sort of hesitation. When one of the smaller buzzsaw-equipped robots pops up in your peripheral vision, expect there to be dozens more waiting to strike. 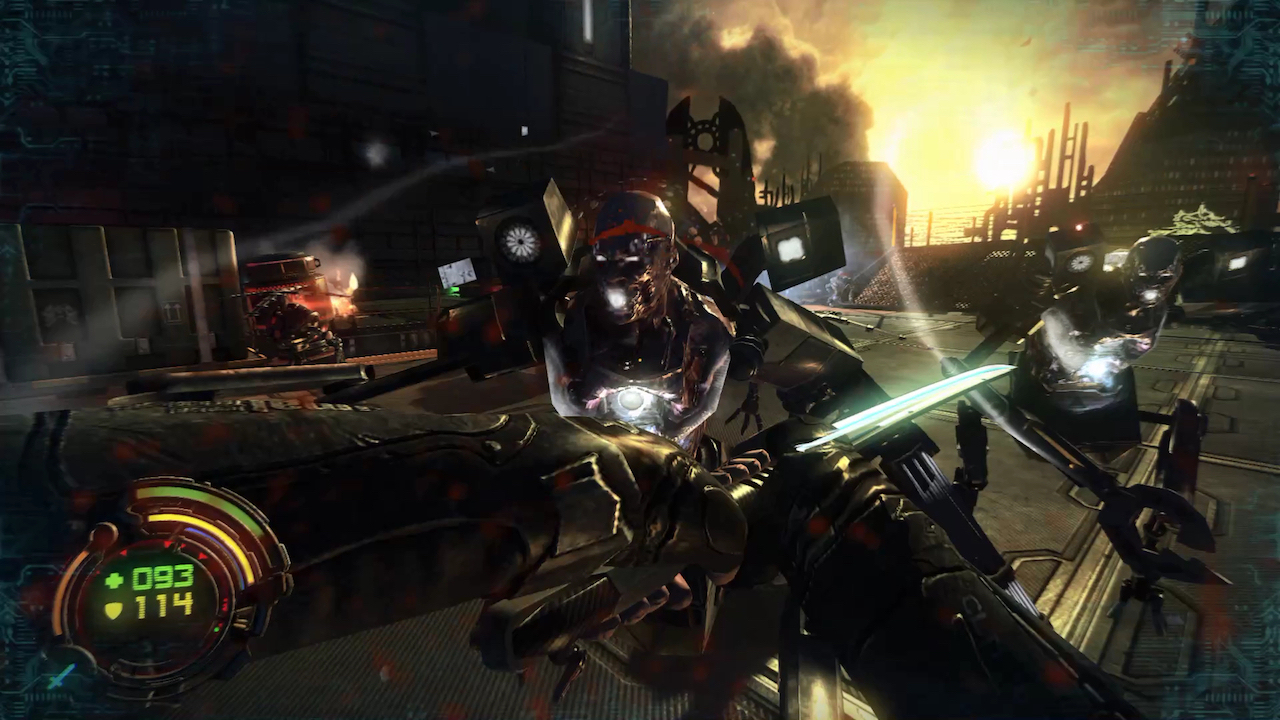 Even on its easiest of settings, Hard Reset is one of the toughest first-person shooters around. The enemies come at you with such ferocity, to the point where their bloodlust even rivals the demons in the recent DOOM chapter. It's a game where a mere blink of an eye can result in your character's demise, so it's best to be aware of your surroundings and watch your six at every moment. It's a good thing, then, that you can save your game at any point, which may become quite the literal saving grace for you during the toughest of battles.

Maj. Fletcher is equipped with two weapons at the start of the game, with the CLN Modular Assault Rifle good for taking down enemies in a rain of bullets and the EEF-21 Plasma Rifle set to electrocute those who defy your need for justice. As you play, you'll be able to add upgrades such as grenades, shotgun mode, and rocket launchers. (You are also given the chance to add more to your physical being when the time calls for it.) Later on, you are also gifted with a katana, which comes in pretty handy when it comes to taking out androids and Terminator-like pests. 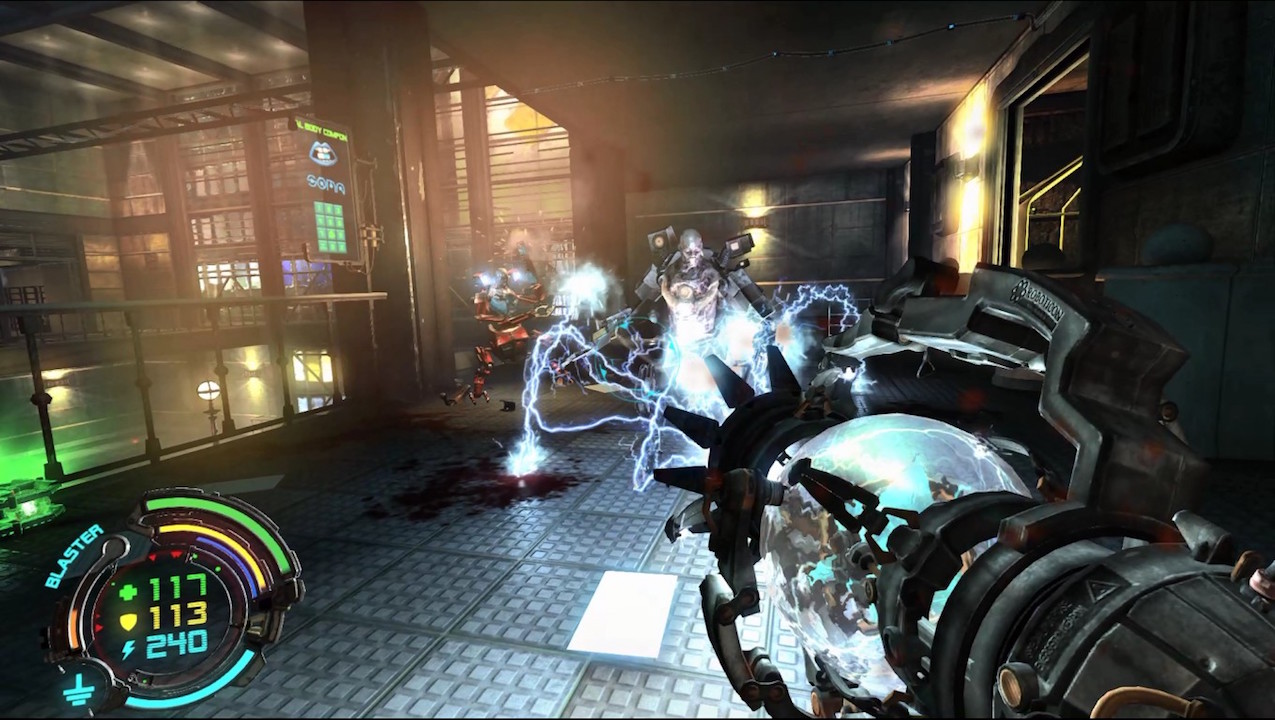 Playing with an Xbox One controller, Hard Reset is fairly easy to figure out the doohickeys it's packing. Aiming can take a little bit to master, as the game's perspective seems to be tilted just a tad bit throughout the game's entire duration. (Does Fletcher have a knot in his neck or something?) Switching your weapons can be finicky at times, as you need to make sure you aim the control stick to the one you wanna switch to; otherwise, there's a good chance your weapon of choice won't be accepted. Thankfully, the action pauses when you switch out, so there's no need to rush for that plasma rifle when you need it so desperately.

Graphically, the cyberpunk world shines beautifully under its gray and rainy sky. Feeling like something straight out of Total Recall (the original, not the Colin Farrell one), the realm you traverse is bright, grim, and run down in all the right places. Enemies look threatening, with even the tiniest of nuisances showing off its metallic adversity. Perhaps the coolest thing about the game is how destructive the world is, with many of the items around you -- cars, barrels, walls, electronics -- just waiting to go boom at your beck and call. Hell, you may find new surprising ways to take out the machines with a quick browse around your vicinity. 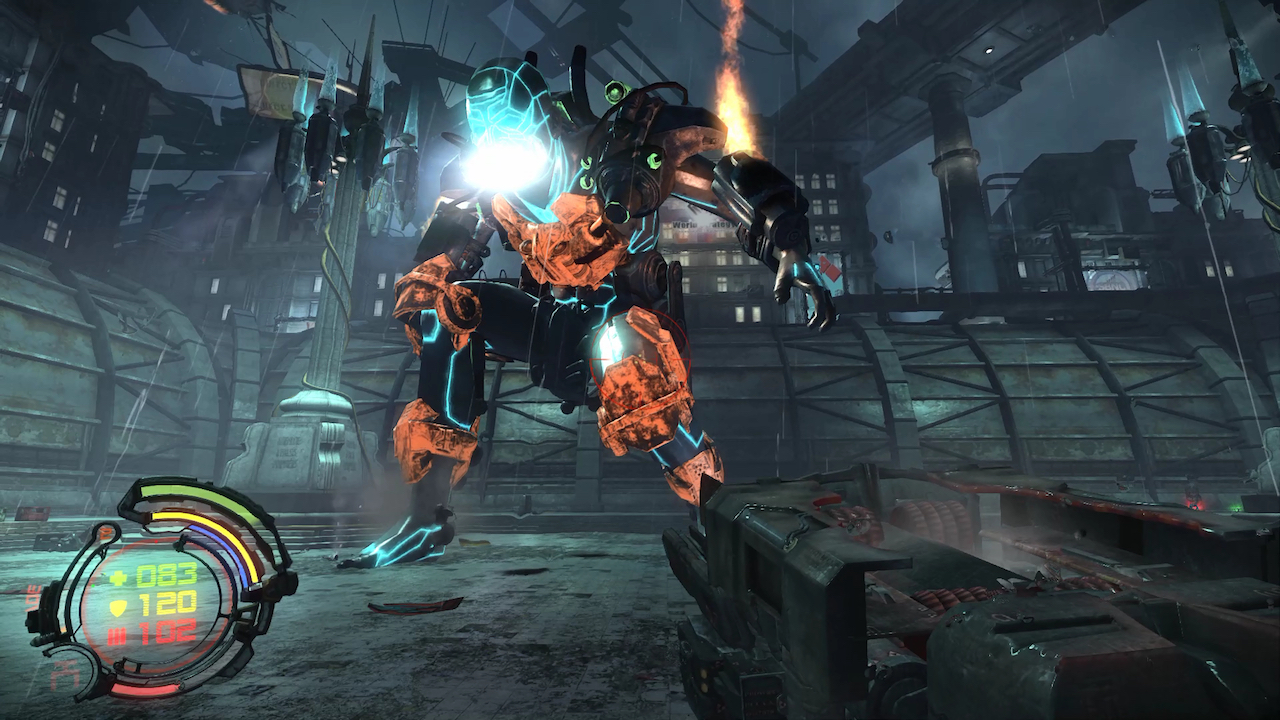 Hard Reset Redux will take you roughly 12-15 hours to complete, but as the game is set on a score system you may want to revisit past levels and beat your previous tallies and times. Throughout the levels are some hidden areas and secrets loot, which can be used to upgrade your arsenal and give Fletcher an extra boost of armor or HP for the long run.

Hard Reset Redux showcases how to do a proper video game remastering. With its tough-as-nails enemy mentality and gorgeous worlds, Flying Wild Hog's take on the cyberpunk realm is one that'll scratch your hardcore action first-person shooter itch. Don't miss out on this edition of Hard Reset, especially if you missed out the first time around.

Catching up with anime