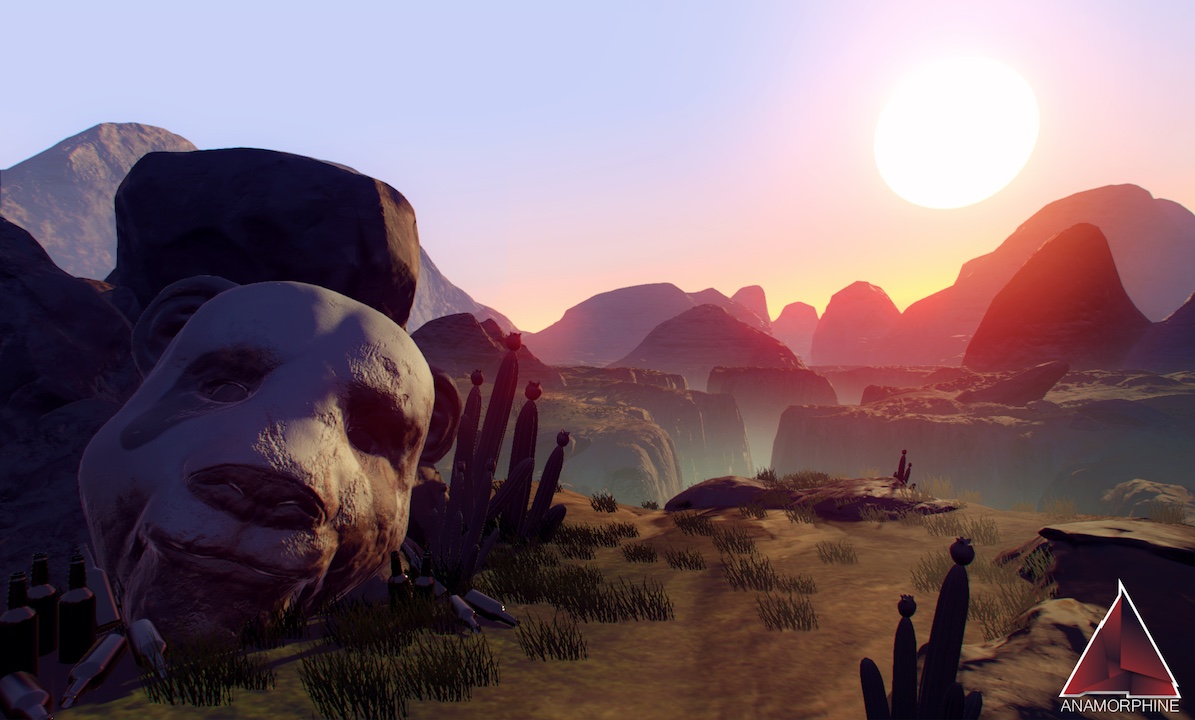 In the realm of walking simulators, there are titles that are destined to have their stories discovered by players. Anamorphine, the debut title from the Montreal-based Artifact 5, hopes to entice gamers with a story filled with beauty, sadness, and struggle.

In Anamorphine, players control the character of Tyler, who falls in love with the cello-playing Elena. A tragedy occurs, bringing a level of depression to Elena and the life the couple has built around each other. The object of the game is to choose which paths to take in your life, be it drowning your memories in booze & pills or facing them in order to move on. 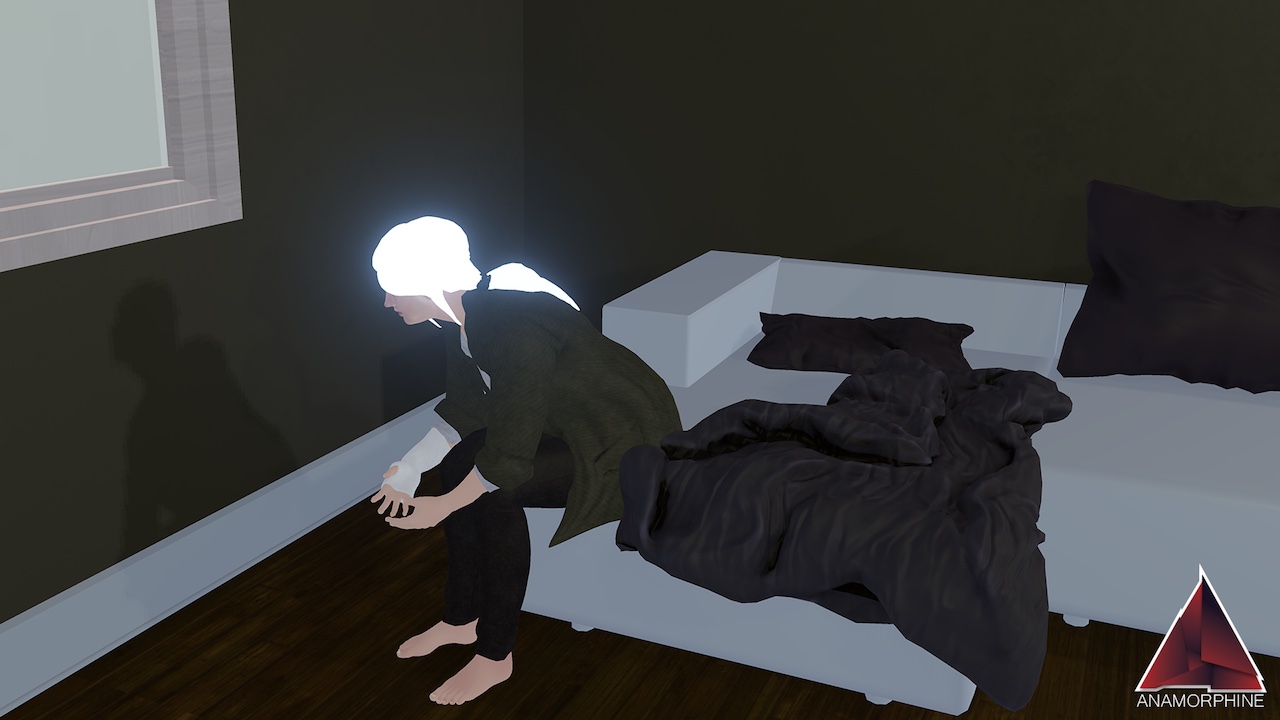 At Boston FIG, the demo I experienced was filled with such beauty and mystery. I started down a path that brought me to a shadowy cello. Entering it, I was transported to a trashed apartment engulfed with the sounds of classical music. There, I found Elena playing her instrument, as the room opened up to reveal a psychedelic garden with giant blooming flowers.

All of a sudden I found myself in a concert hall, where Elena is playing with other gifted artists. Upon getting close enough, Elena and her stage freeze into a photograph on the apartment wall. Turning around, another path had opened, this time with a mysterious bottle floating in the middle. 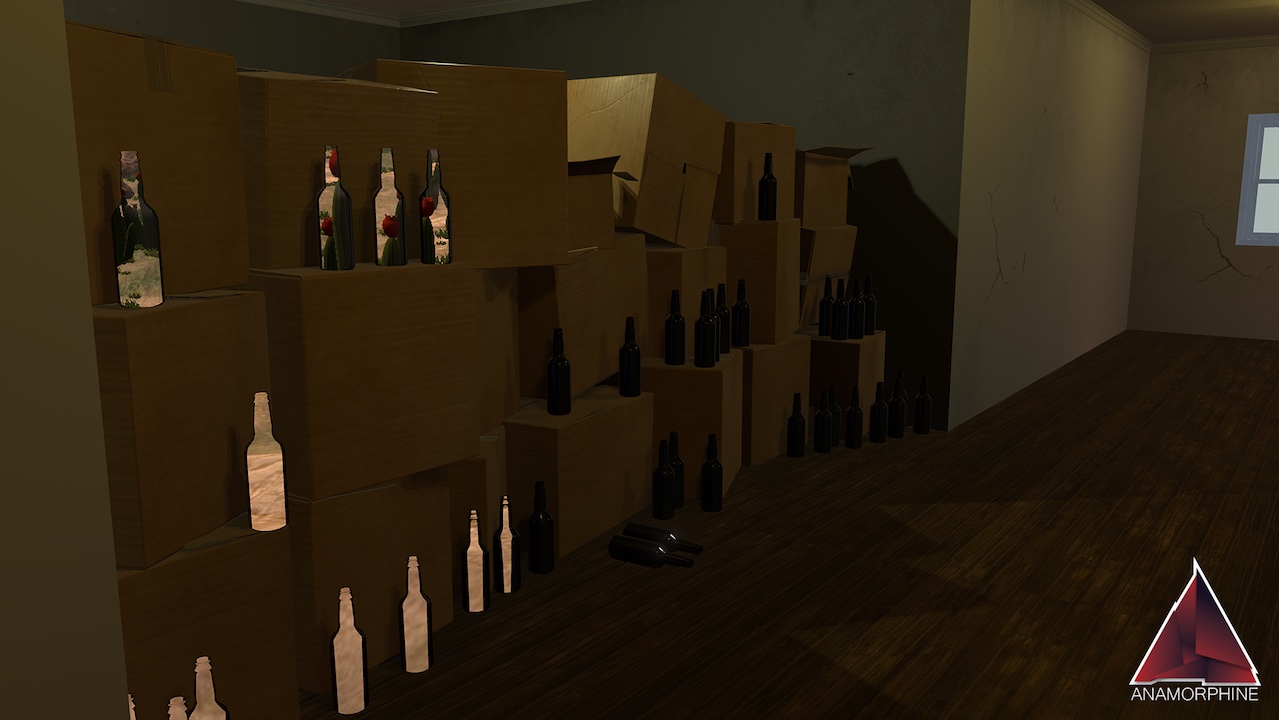 What the story plans to entail next is still unknown to me, but already I was moved by the gorgeous and unique visuals that Anamorphine was filled with. With there being no backstory, text, or any sort of action buttons, Artifact 5's title hopes for its players to discover and piece together what's happening to Tyler's life, as well as what occurs with Elena and her tragic turn of events. There's also the haunting cello music that plays throughout the game's more narrative moments, which reach a level of melodious beauty that will give you goosebumps as you dive deeper into the story.

Anamorphine plans to be released sometime next year on PC and VR units. Those looking for an escape from the games of norm may want to pay close attention to Artifact 5's future debut.