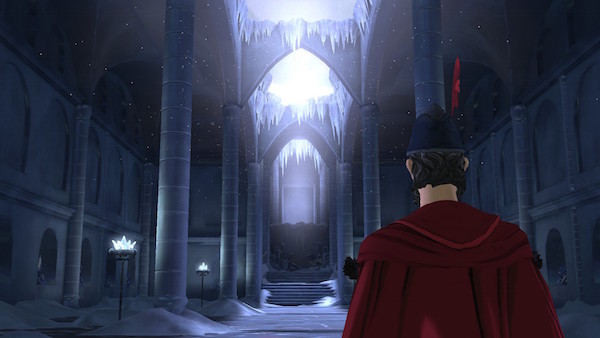 Continuing along its streak as the best episodic adventure game going on now, King's Quest has a stellar addition with Snow Place Like Home which is the fourth episode in the season. After a relatively light third episode, Snow Place Like Home tugs at your heart strings right from the start and doesn't let up throughout. The stellar variation of the series also holds up in this latest episode offering yet another spin on how the game is played. If you've enjoyed King's Quest thus far, there is a lot to appreciate in Snow Place Like Home and it left me ready for the final chapter to come.

Few games I've ever played have gotten me close to squeezing out a tear. In a game as constantly silly as King's Quest, it almost always comes as a surprise when these genuinely emotional moments hit. This happened multiple times in this episode, both sad and happy, but that's all I'll say so you can enjoy it for yourself. Character building has been a major trademark of the season thus far and this episode does a masterful job of making you feel for both brand new characters and those established as early as the first chapter. There were a few threads in the story that felt unexplored by the end of the episode, but it's hard to fault what did make it in as they totally nailed it. 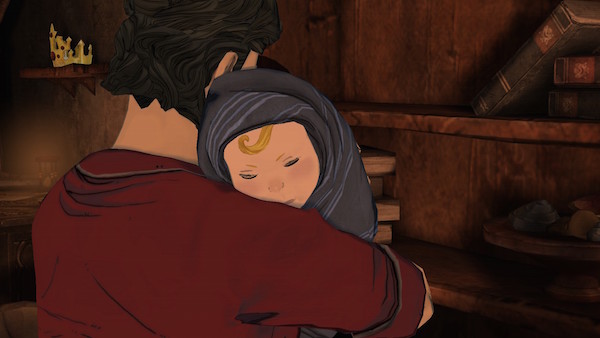 Episodic games tend to, sometimes against their better judgement, find a comfortable formula and stick to it firmly. While feeling familiar enough each time, King's Quest refreshingly shakes up the feel for each episode a bit. In this episode, you're thrust into a gauntlet of puzzles at a certain point involving figuring out how to travel along a set path to a door. This pattern follows through the episode, but it's not quite like anything they've done thus far and successfully feels quite fresh. While each puzzle involves accomplishing the same goal, they manage to shake up how you need to get there nearly every time. There's even a throwback to a puzzle from the first episode, but it was super frustrating and could have been done a bit better.

As the season has gone on, each episode has felt a bit shorter, especially when compared to the lengthy first chapter. I managed to play through Snow Place Like Home in a single sitting and it took just about 2.5 hours. Your mileage may vary, particularly with speeding through the puzzle section. The trials in the labyrinth happen to be very similar to the kinds of puzzles I do one my own quite often, so I made it through each one rather quickly. After playing many Pokémon games, I've also mastered the art of the rock sliding across ice puzzles, which were also present here. The variation was pretty decent through all of the puzzles and they even had a few types that I hadn't tried before, so there was plenty to enjoy. 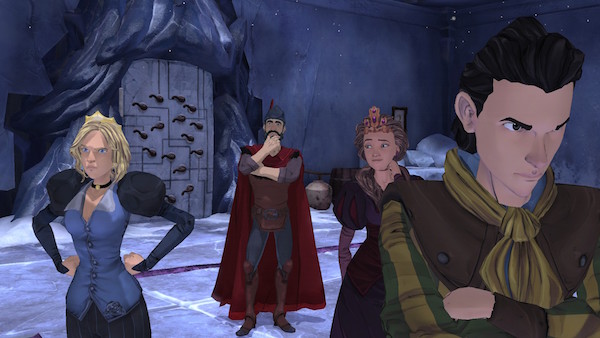 Episodic games are all over the place nowadays and I certainly play my fair share of them. As an adult with less time than I would like to play games, I love getting these bite-sized chunks. Having had so much experience with them, let me be clear: King's Quest continues to be one of the best out there. Snow Place Like Home continues the trend set thus far for this series being one of the most funny, diverse and touching episodic series playable right now. I look forward to the fifth and final episode to launch whenever they finish it and bring the series to a worthy conclusion.