Gears of War 4 is more Gears of War. If you're looking for a wholly different game, this is not it. But if you're like me and you've been holding out for the next Gears experience, it is here in all of its glory.

I must admit a few things first. I have played only the solo campaign. The game allows for co-op and multiplayer, and I am sure I will eventually get to them, but for now the solo campaign is the only one I have experience with.

As far as the solo campaign goes, the game is a continuation of the story years after the last game, Gears of War 3, where many people believe that Marcus Fenix wasn’t going to make it and we didn’t know what was happening. In the previous game, we were taking out the Locust to help what was left of humanity survive the years of war. 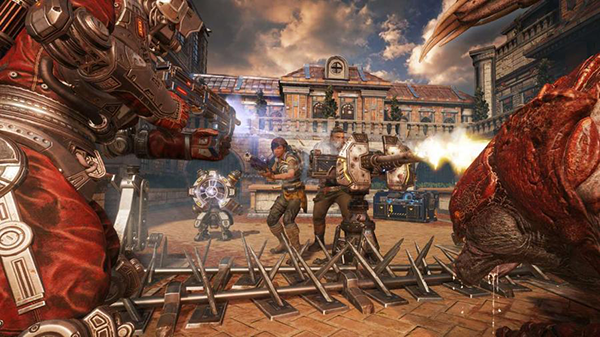 Some consider Gears of War one of the more boring run-and-gun games that have been out there, but for me there’s something very visceral and satisfying in the game — and Gears 4 has even more of that.

The Locust, as it turns out, are not completely gone and, as we learn in the game, it is up to Marcus’ kid J.D. and a couple of his friends to figure out exactly what is going on and stop it before humanity is wiped out. At this point in the game, they’ve been out of war for a decade or so and thought that everything was cool and things were becoming civilized, but that was not the case.

The game has bigger, badder weapons, bigger, badder baddies, homages to baddies we’ve faced in previous games. It’s something I’ve felt has been missing from the Xbox world for a while. I’m not a big Halo fan, so Halo didn’t fill my run-and-gun needs the way Gears 4 does. 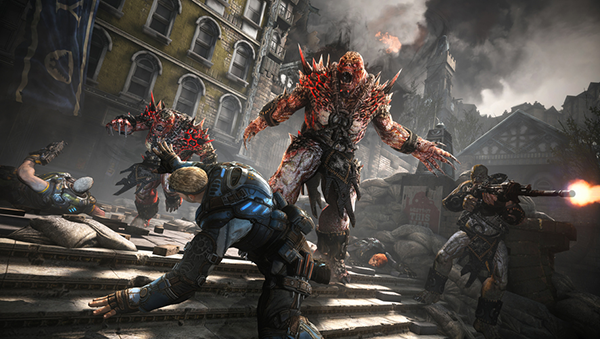 It’s easy to play what-if scenarios for consoles. If, when the Xbox One had been announced, Gears 4 had been announced as a launch title, I think sales would have been much better. This game is fun to play. I can see why they needed time to get it right. I think Microsoft will have a stronger holiday because this game exists.

Compared with the previous Gears games, I think the gameplay is stronger. There are so many more weapons. You could go through the previous games with guns blazing and complete the level and complete the game and be done. In Gears 4, it is going to penalize you on not valuing cover more. It relies more on the cover-based shooter. For somebody like me, who enjoys shooters, but isn’t a great shooter, it makes the game feel more balanced. There are bosses where it’s not just about having unlimited ammo, but I can take advantage of identifying where all the cover is and take a moment to figure out where I’m going to go.

The Artificial Intelligence is better, so whether you’re playing by yourself or with a friend, you’re never alone, because you have A.I. companions, usually three of them for most missions. Having A.I. that will rush to revive you when you’re down is a really good thing. In previous games, if I had to rely on the A.I., there were many times when I would die with a support character standing right next to me who didn’t revive me. In this game, there are a few times when I tried to Leroy-Jenkins things and all of my A.I. compatriots were on the other side of the map, and they would run to get to me and revive me more times than not. The A.I. is more engaged, they’re more aggro. There are still those points where you have to be the person to open the door or similar tasks, but there were missions where I was low on ammo, so I would duck down in cover trying to see if I could find an ammo box and my A.I. took the enemy out for me. For the kind of game I play, that’s hugely valuable. They help me avoid the things that make me hate a game. 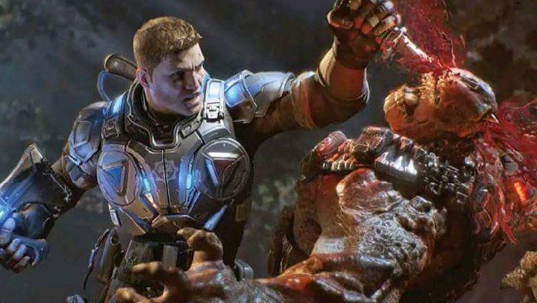 I was playing the game on Casual, which was super-easy, so I could get all the way to the end, in order to see the entire storyline. Even on Casual, I died twice. It took me about eight-and-a-half hours to run through the campaign.

Doing this, I missed a lot of collectibles, because I wasn’t looking for them. I saw there were boss battles that would have been more time consuming if I had been at a higher difficulty. Those bosses would have required me to be more tactical to take out. It did allow me to get to know all the characters, which were introduced with this game. When I finished the game, I immediately said, “I need to do that again.” And I can’t wait for the next game.

I have no problem with the campaign being completed in about 8 hours. It’s really good. You get exposed to a lot of interesting weapons and a great-looking environment. As I go back and play at a higher difficulty — and I’m going to be playing that way with friends — it’s going to be a different experience. The perception of my experience is going to be different from theirs, and that will make it a whole new experience overall. 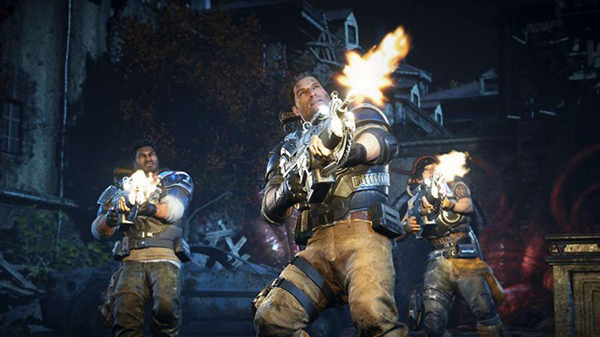 I know a lot of Gearsheads who are just going to go straight into hardcore, and I'm sure that completely changes the experience with the game, but if that’s what you want, then go for it. Hardcore is no place that I live. It is head-bashingly difficult for me and I don’t consider that a fun experience. Some people love the super-duper ultimate challenge — and more power to them. I enjoy the middle road and I will go back and play it at the normal difficulty. I don’t think I’ll play it at the hard difficulty unless I’m doing it with a friend.

There’s still horde mode to play. I’m probably going to enjoy horde mode a lot more in this version of Gears than I have in previous ones. I’ve played horde mode in earlier games only when I could help someone else. They’ve made it very value-rich this go-round. In horde mode, you have waves of enemies that come after you and you have a short time to get your team into a position of safety in order to survive. And they just keep coming and coming until your team is completely wiped out. So it’s a badge of honor to be able to survive a lot of these waves, especially on the higher difficulties. You earn different unlockables for doing it. They’ve added more depth to horde mode -- it’s not a place where only marksmen will be successful.

The super-duper mega collector’s edition has a statue, a steel book, artwork and the soundtrack along with the game and then it steps down from there. You have versions that give you starter packs that will be beneficial, depending on how you want to play the game. 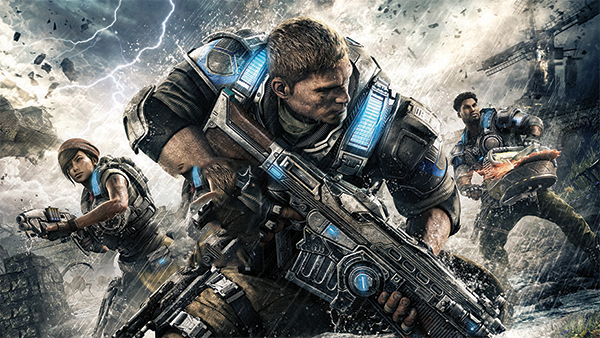 If you get the game digitally, make sure you have plenty of space on your drive. The digital Ultimate edition takes up 50 gigabytes. It starts you off with 17 booster packs, with packs that give you buffs and challenges to help you unlock weapons and characters faster.

I expect a ton of post-release DLC. Gears is a big franchise for Xbox and they’ve already talked about maps that are going to be coming. I expect there are other missions that will become available. When you play through the campaign, it is an obvious beginning to start the next game. Gears of War 5 is liable to happen and there’s a lot you can do with DLC between the end of this game and the start of the next. There are sections in the game where you traverse a chunk of space and time and that would easily make for a DLC side mission. It can’t just be about the mask.

The Xbox team has already revealed they’re going eSports with Gears, so you can do ranked matches in multiplayer and some of the best-of-the-best will be able to compete for big-money prizes in the championship game. I know I’m not going to be participating in that, because that’s not how I play Gears. That’s not my life, but I’m glad to see Gears jump into the eSports space. Gears really deserves a spot there.

Promotional consideration made by Microsoft