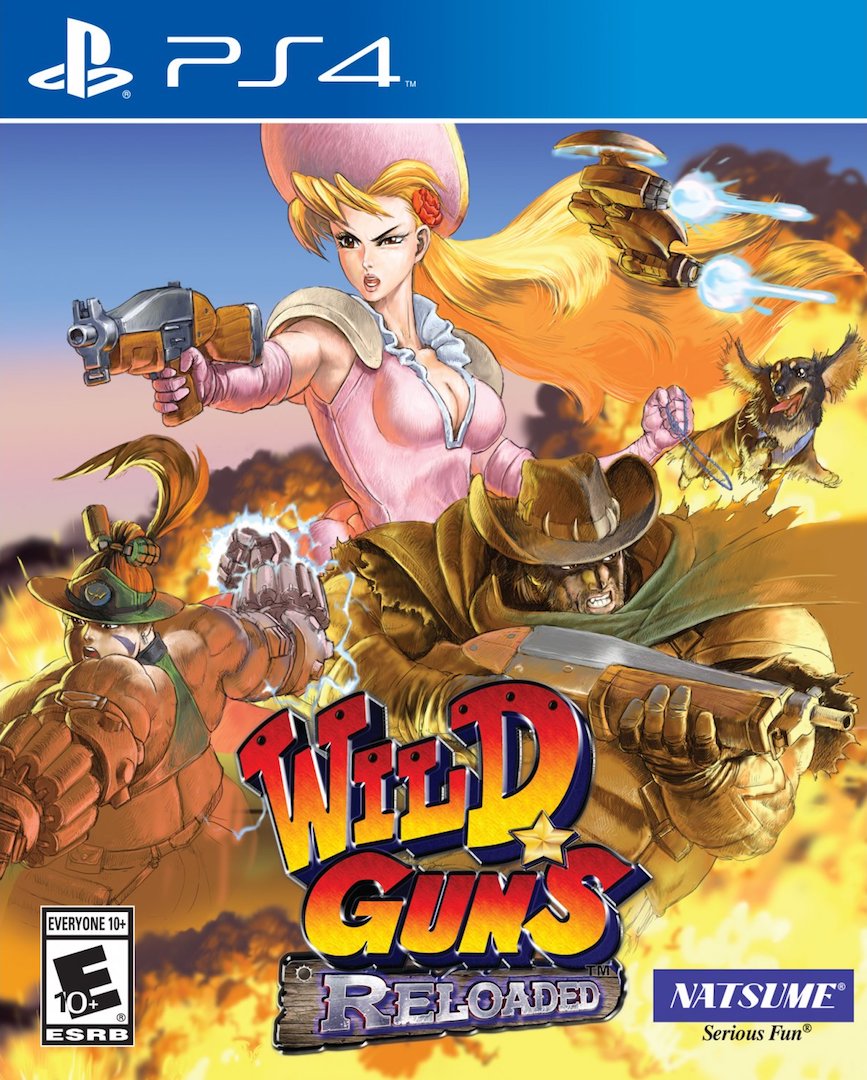 GAME REVIEW | A Return To The Tough West In "Wild Guns: Reloaded"

Twenty-one years ago, towards the last breaths of the Super Nintendo, Natsume rolled into town with a blistery and high-actioned shooting spree known as Wild Guns. A blend of cowboys and steampunk, the tale of Annie and the bounty hunter Clint brought a simple style of gameplay with a stack of fun and unpredictability. Now at its legal drinking age, the rough 'n' tough story continues onward with the PlayStation 4-exclusive Wild Guns: Reloaded.

Developed by the team who made the original SNES version, the shooting gallery-styled Wild Guns: Reloaded has Clint and Annie once again taking on the spittoon-loving villains and cotton-picking varmints that attempted to stop their trail dead fast. Assisting the humans are some pretty nasty robots that seem to shoot first and ask questions never, especially the bosses who come in from time-to-time. With hopefully some luck on their side, Clint and Annie march into town with guns blazing and bombs banging! 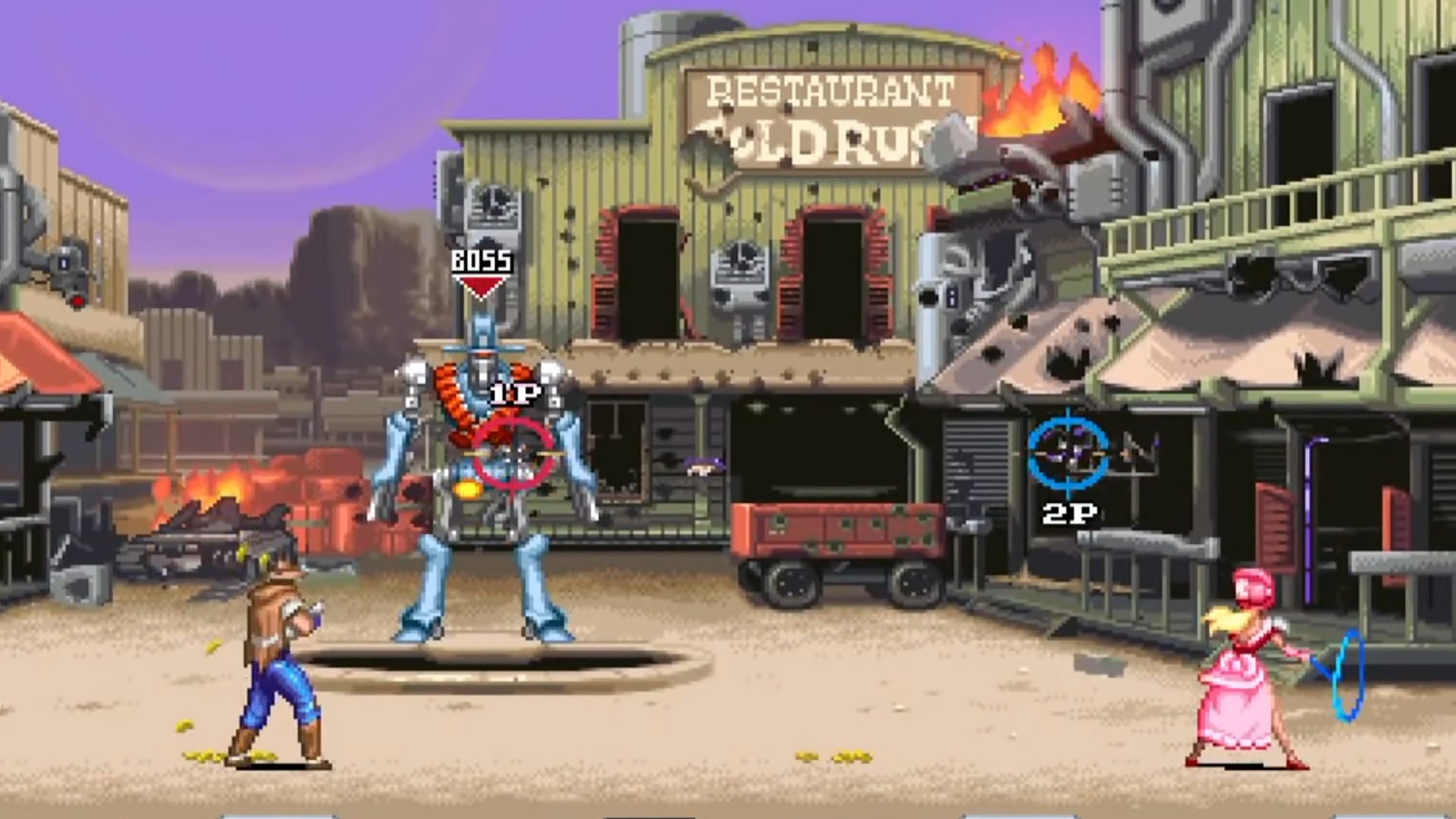 New to the Wild Guns universe are a pair of unique new heroes. The first is an adorable dachshund named Bullet who flies and fights via a drone; Doris, on the other hand, is a big girl who just loves to blow things up. Playing as either of these characters adds a whole new dynamic to the gameplay, as you attempt to strategize how to fight your way through the waves of tarnation afoot. However, as the Wild West in real-life probably was, it's never easy to go into battle.

Depending on who you play as, you're only given a couple hits and a few lives. (Doris, while packing a massive punch, is a one-hit-kill, meaning you'll have to be on your toes a lot with her.) In order to keep yourself alive and the points coming your way, you'll find yourself looking in two directions at the same time. While keeping to the traditional aspect of the Super Nintendo classic, both movement and aiming is stuck to just one control stick, which leads you to be multitasking all the the way through the game. 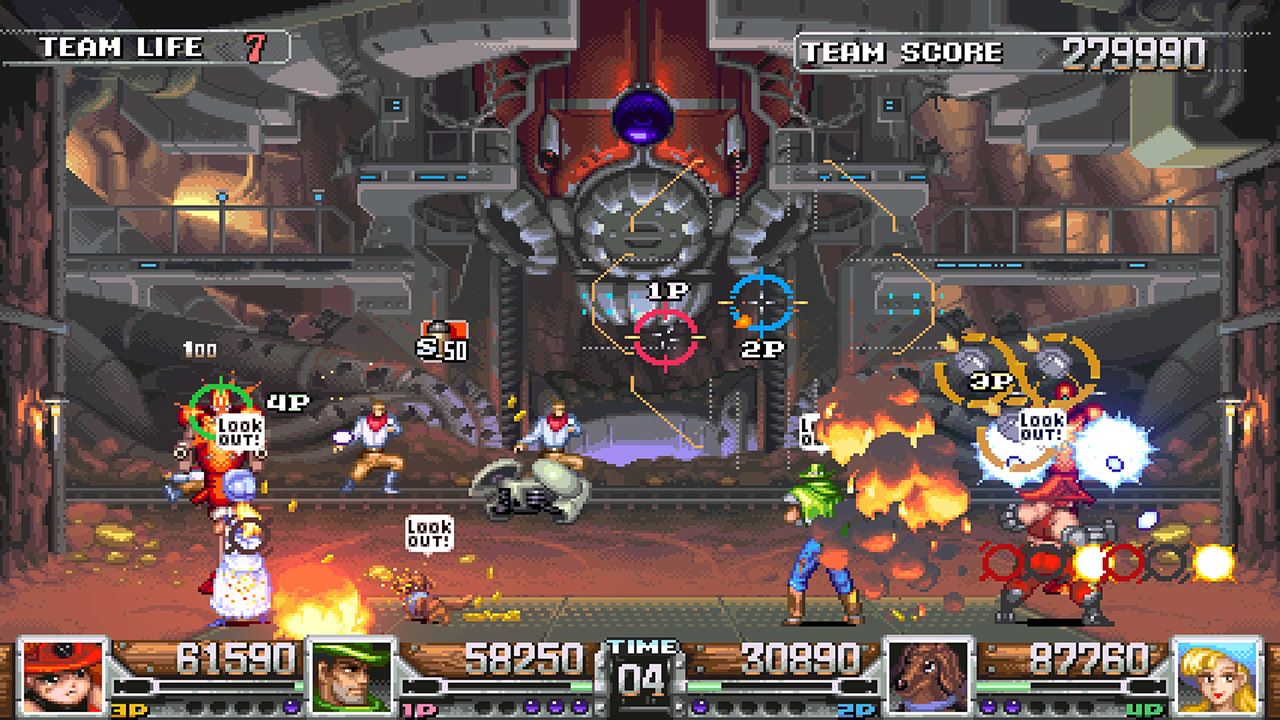 If you aren't familiar with Wild Guns -- or haven't touched the game in a very long time -- then you'll certainly be finding yourself having some trouble with the controls. From my experience, having to both evade enemy fire and take out the villains at the same time had me either evading & missing my shot or taking out a baddie & getting shot up for it. It's definitely a scheme that will take a lot getting used to its layout. In fact, I found myself having to change my controls until I found a more comfortable way to shoot, jump, and use my special without messing up. The downside is that there is no twin-stick setup for newcomers to the series, meaning those who want a simpler time taking on these ten-gallon hatted foes and bots will be fresh out of luck.

That's why I highly recommend playing with at least a deputy by your side. As a multiplayer affair, the game feels like a lot more fun than when you play solo. Even when one of those knifing bandits wanders into your path, it gets fairly easier to take him out while your pal focuses on some of the other action happening on stage. Sadly, you'll only be able to play with friends in the same room, as an online multiplayer mode is currently unavailable as of this writing. 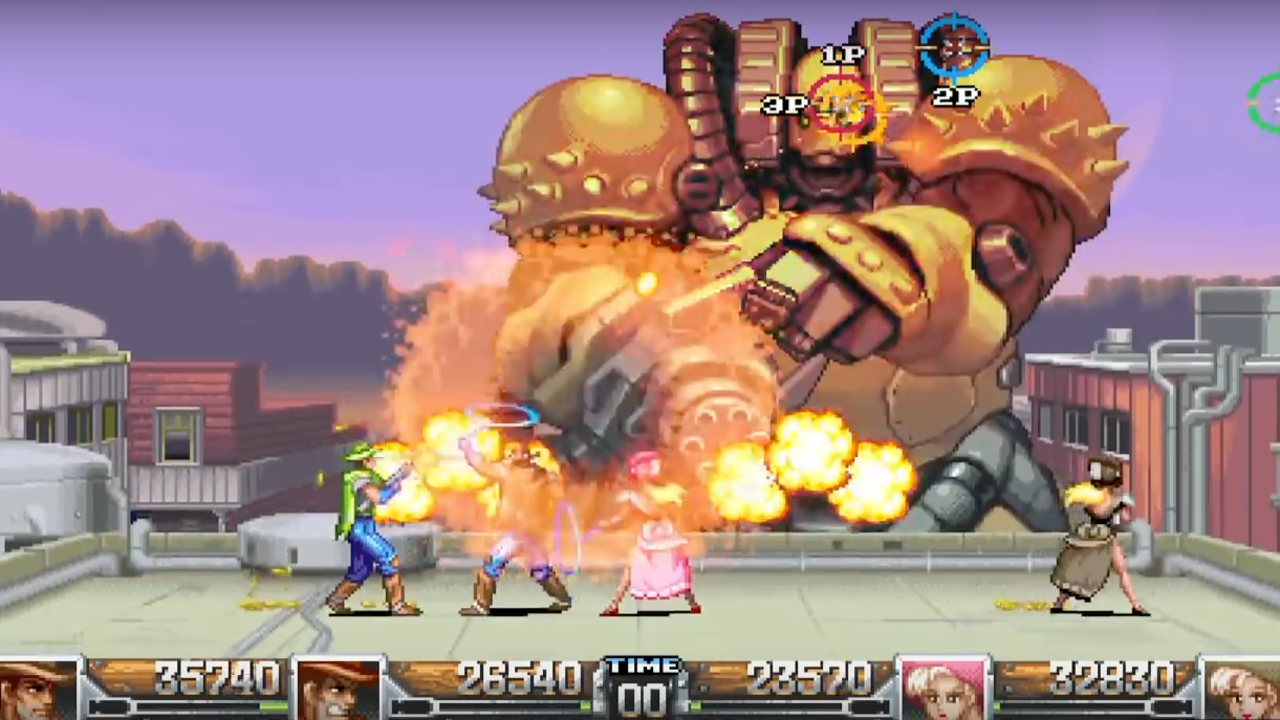 Presentation-wise, Wild Guns: Reloaded looks exactly how its predecessor looked back on the SNES. Its 16-bit graphics fit wonderfully with the original universe, giving way to a nostalgic charm that some retro titles seem to lost track of. The soundtrack also suits the classic feel the game delivers, blaring with old-school charm and a Western twang that suits the bullet-riddled action taking place on-screen. Even if you find yourself being shot up a dozen times throughout your play-through, you cannot deny the amount of pixelated beauty Natsume placed into this fine redux.

As a multiplayer game, Wild Guns: Reloaded is a great dose of retro shoot-em-up fun that fans new and old will enjoy. Those taking the lone wolf route, though, will find themselves cussing more than Al Swearenger on a drunken tirade. If Wild Guns: Reloaded taught me one thing, it's that the way of the cowboy isn't a sturdy ride on the grassy knoll; it's a dusty trip with a bit of sand getting in your britches along the way.