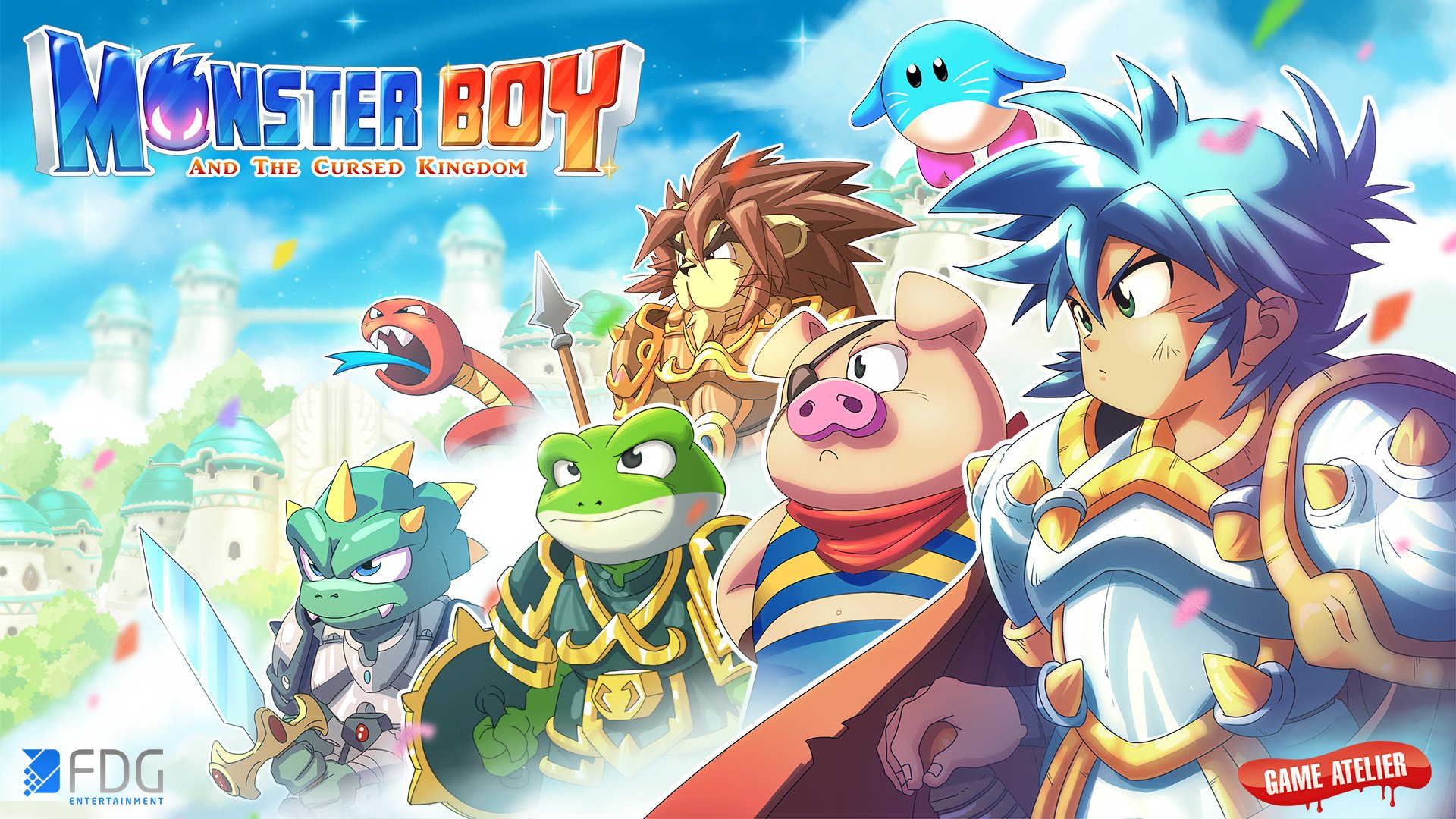 Monster Boy is a beautiful 2-D side-scroller where you, as the player, embark on a journey with the main character, who is struck with some sort of wizardry magic that transforms you into a monster, hence the name.

The game is a successor to the retro-classic 1986 Wonder Boy series. It was created by developer Game Atelier and publisher FDG Entertainment. The game was kickstarted under the name "Flying Hamster" until Ryuichi Nishizawa, creator of Wonder Boy, joined the team. Together, Monster Boy was born. 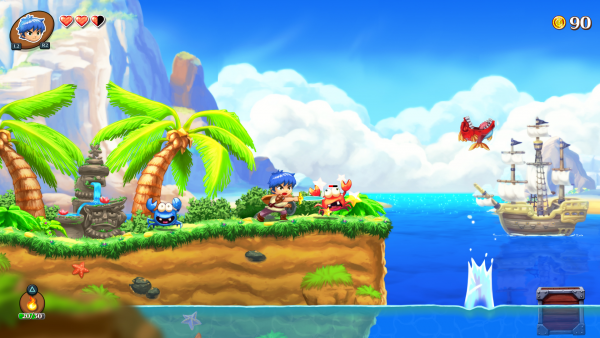 At PAX East, I had the opportunity to meet with Philip Doschl, co-founder of FDG Entertainment. Philip set me up with a remote and headphones and I was able to play through two Monster Boy demo levels presented at the show.

The game mechanics are quite simple and resemble most retro-inspired games. Monster Boy can jump, tuck, shield himself and attack. However, these mechanics change slightly as you cycle through your Monster forms. Each has their in-game advantages depending on the puzzle or task on the screen. For example, the Pig transformation has an ability that lets him smell out hidden things on screen and reveal them for use.

In the game, you can turn into five unique monsters. The game is a puzzle-based side-scrolling RPG, so you have to assess which Monster form is best suited for certain moments in the game. Currently, the five forms you can cycle through in the game, once you have successfully unlocked them, are the Pig, Snake, Frog, Lion and Dragon. Your human form can be reclaimed at some point.

Visually, the game is beautiful. The colors are sleek and vibrant and the character designs are extremely well done. The designs have a sort of anime flare to them, which is totally OK in my book.

The game will be released on the Nintendo Switch, Xbox One, PS4 and Windows PC. The launch date and distribution format (physical/digital) has not been determined yet.

I very much enjoyed my time with FDG Games at PAX East and found Monster Boy loads of fun to play.