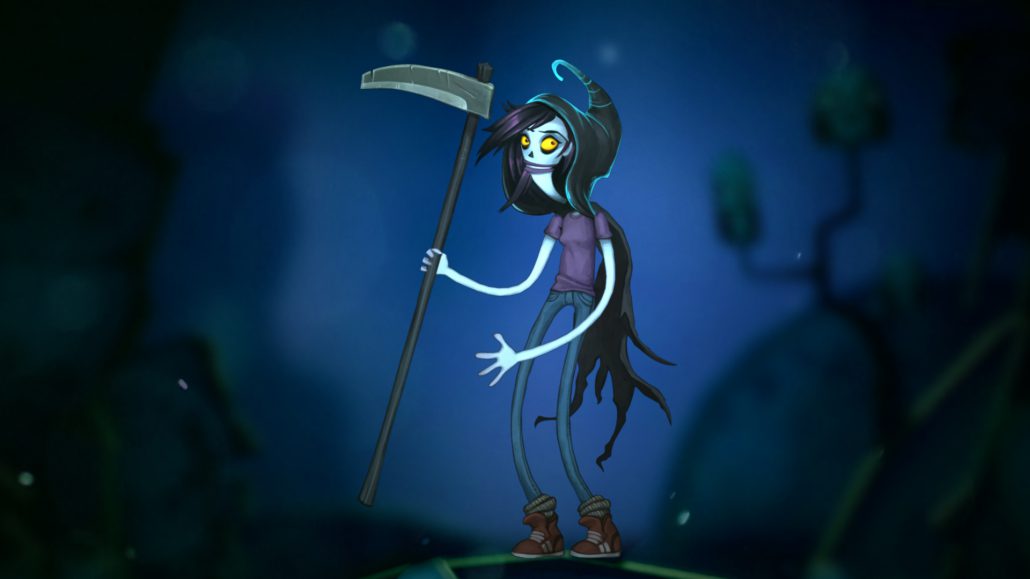 If there's one thing I can count on, it's Zoink! Games crafting a title that's both fun and hilarious. They got high marks for Stick it to The Man! and Zombie Vikings, thanks to their comedic storytelling and great gameplay. Now returning to the realm of Ray, the Sweden-based developers take a crack at the crazy side of the afterlife in their next title Flipping Death.

Taking place in the town of Flatwood Peaks, Flipping Death has you take the reins of Penny, a young woman who's found herself murdered. The Grim Reaper has seemingly gone on vacation, so Penny is tasked to take his place and assist with some unfinished spirit business. As you help more ghosts with completing their tasks, the more info you discover about Penny's death and the townsfolk that roam the streets. 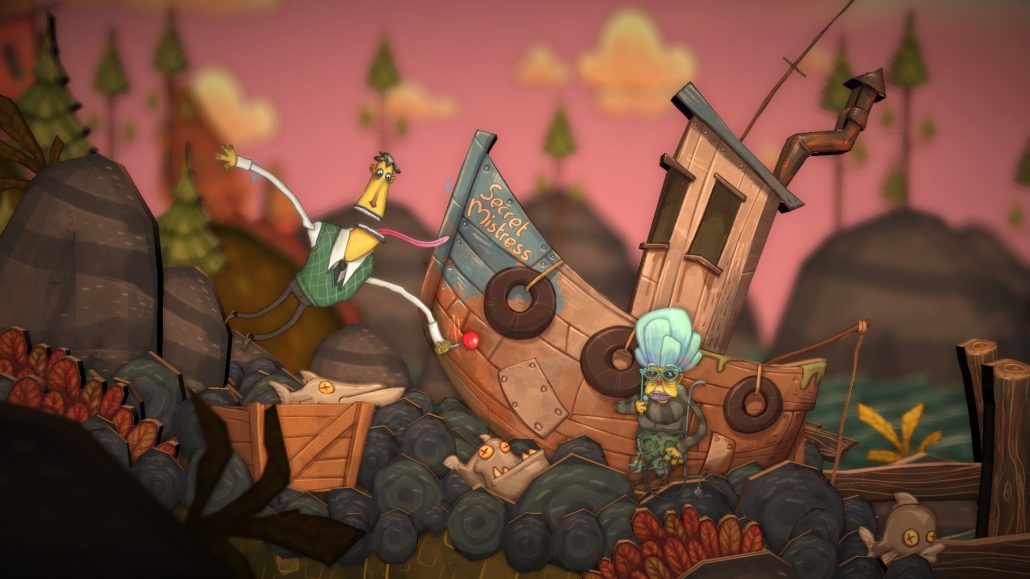 In the demo at PAX East, I was given the chance to complete a mission for a ghostly sea captain. His wife had murdered him after she discovered he was having an affair (and went so far as naming his boat after the mistress), and is in need of painting it. Playing as Penny, you can grab hold of humans from the living world and use their abilities to solve puzzles and grab items. In this case, I took control of a holy water-crazed priest, a drill-friendly dentist, and a groomsman with a sweet tooth. As you play, you are also given the opportunity to listen in to the thoughts of the townsfolk, resulting in some hilarious internal monologues.

Even in its current state, Flipping Death is a laugh-a-minute adventure, with some witty dialogue and satire that'll tickle your funny bone. However, I did find the scythe controls (which are used to knock down items and teleport) to be a little bit challenging on the Switch console. It took me awhile before I could figure out how to aim and throw the scythe properly in order to reach the next destination, due to some hair-triggered aiming issues. 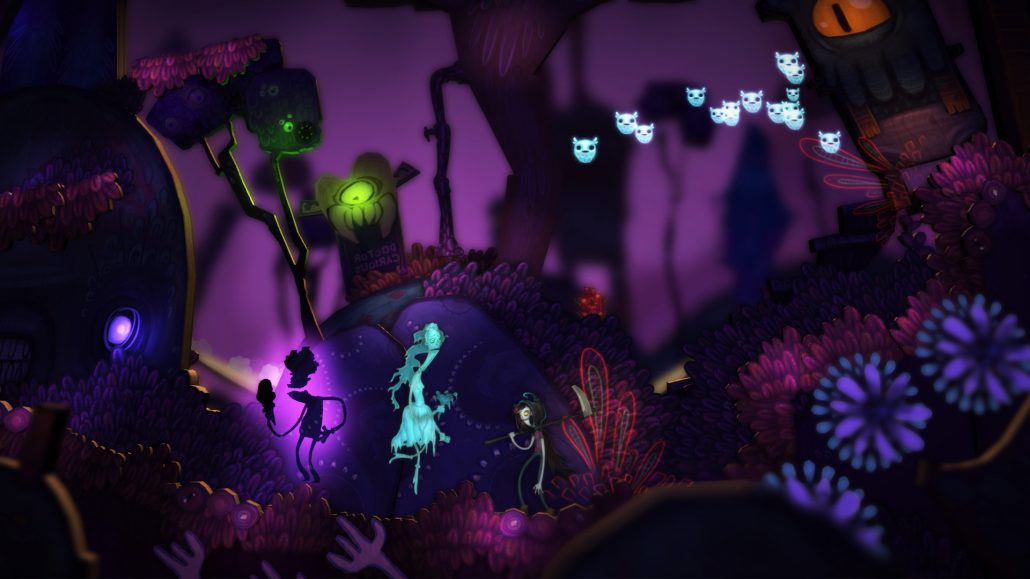 Despite this flaw, Zoink! Games is looking to be another fun adventure that'll keep you laughing and guessing as you progress. While there is no official release date for Flipping Death, you can expect it to appear on the Nintendo Switch and PS4 first before heading onto PCs and Xbox One. Needless to say, this is one holiday even death would be so eager to take. (Also, Zoink! would like me to point out that their EA-published game Fe is still happening, and will announce more info very soon regarding its production.)

VARdragons Invade the Skies at PAX...