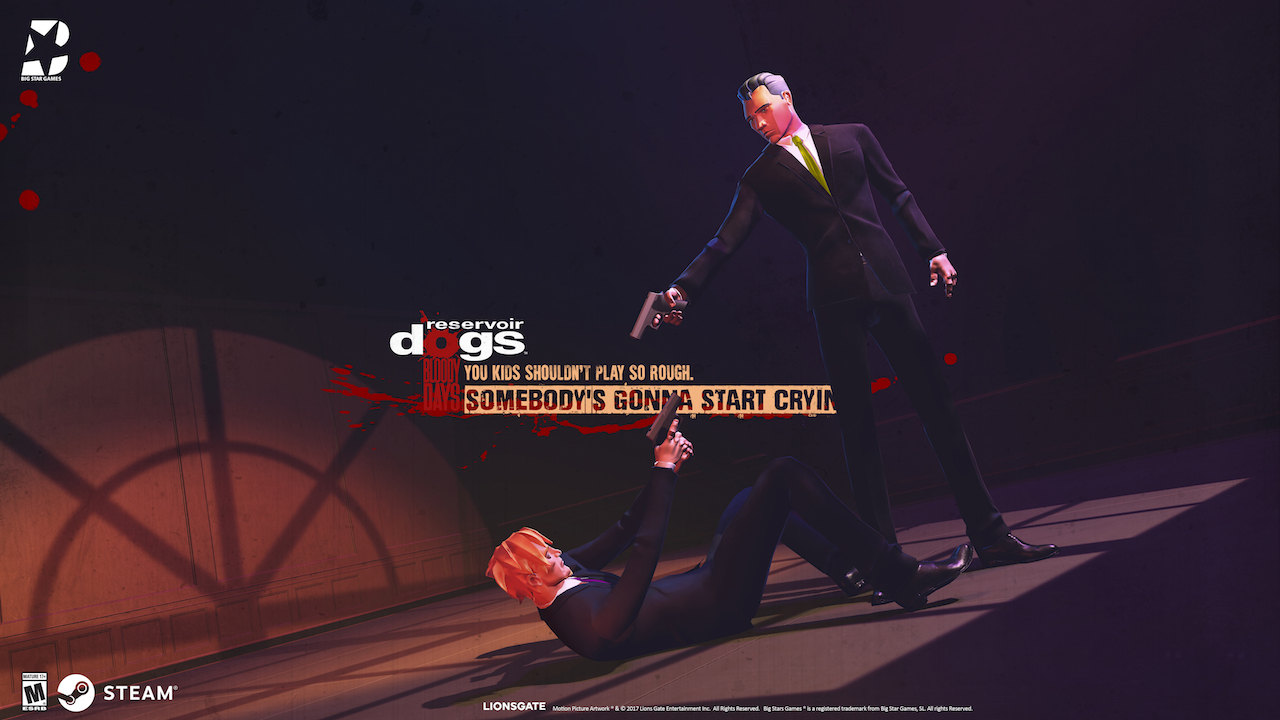 Okay, we all know that movie-based video games can usually turn out to be complete garbage. Sometimes we luck out, and we're given a surprisingly great adaptation, as we did with The Godfather, Scott Pilgrim Vs. The World, and the 2009 Ghostbusters game. When word got out that Quentin Tarantino's Reservoir Dogs was getting a new game adaptation, I hesitated to stand up and cheer, as the one that came out in 2006 left a bad taste in many people's mouths. However, after going hands-on with Reservoir Dogs: Bloody Days, I can safely say that the Spain-based Big Star Games is on the right track.

An overhead shooter game, Reservoir Dogs: Bloody Days has you take control of up to three of the multicolored gangsters as you rob banks, ports, and other vicinities. Playing with the flashback concept of the original film, you are given the chance to rewind the action as you switch between characters after each of their turns, taking out cops and security guards that keep you from reaching your task. This aspect lets players attempt to reverse mistakes, as well as save your colored allies if they wind up biting the dust. 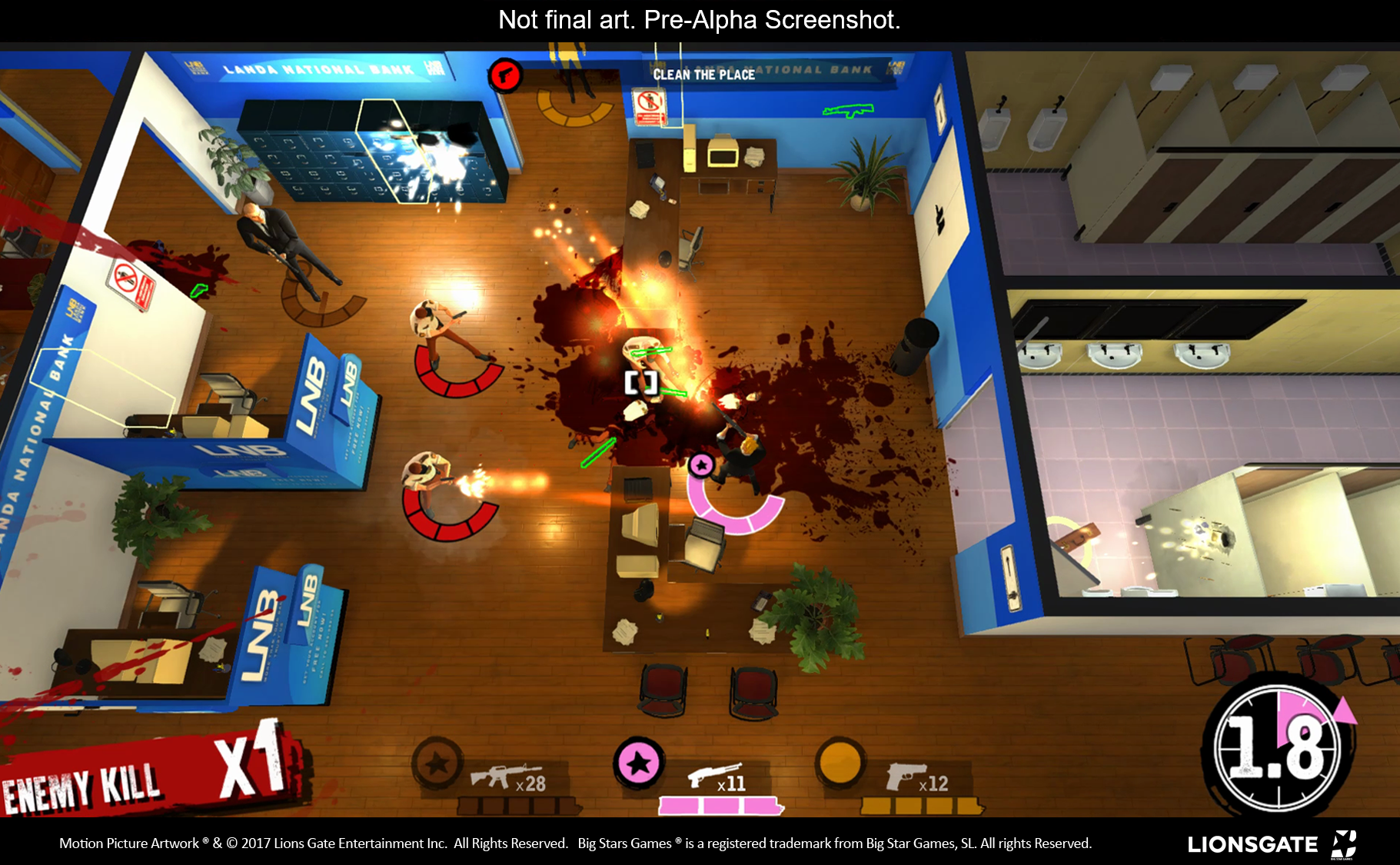 Although it's a shooter, the campaign acts more like a strategy game than anything else. Each time you find yourself losing and loading up at the last checkpoint, you are given the opportunity to point out where the police are popping up, be it ahead or behind your vicinity. This lets you split up your team, as you switch between your chosen three and take on the law enforcement on all sides. However, if you find yourself with only two remaining characters to play as, the split-up plan may work against you. (I found that out the hard way during an ambush sequence at the port.)

I'll admit that Reservoir Dogs: Bloody Days is kind of a hard game to describe, as it definitely makes a lot more sense if you watch it in action. However, I can definitely tell you that it's one hell of a challenging experience. Even though some people may raise an eyebrow or two with its visual style and gameplay mechanics at first, they'll quickly find themselves diving headfirst into this chaotic and strategic twist on a beloved cult classic. So far, this is looking to be one cool way to celebrate the 25th anniversary of Tarantino's full-length debut.

Reservoir Dogs: Bloody Days is slated to be released later this year on PC and Xbox One. Fans of the original film will no doubt wanna be stuck in the middle of this slick caper.

VARdragons Invade the Skies at PAX...