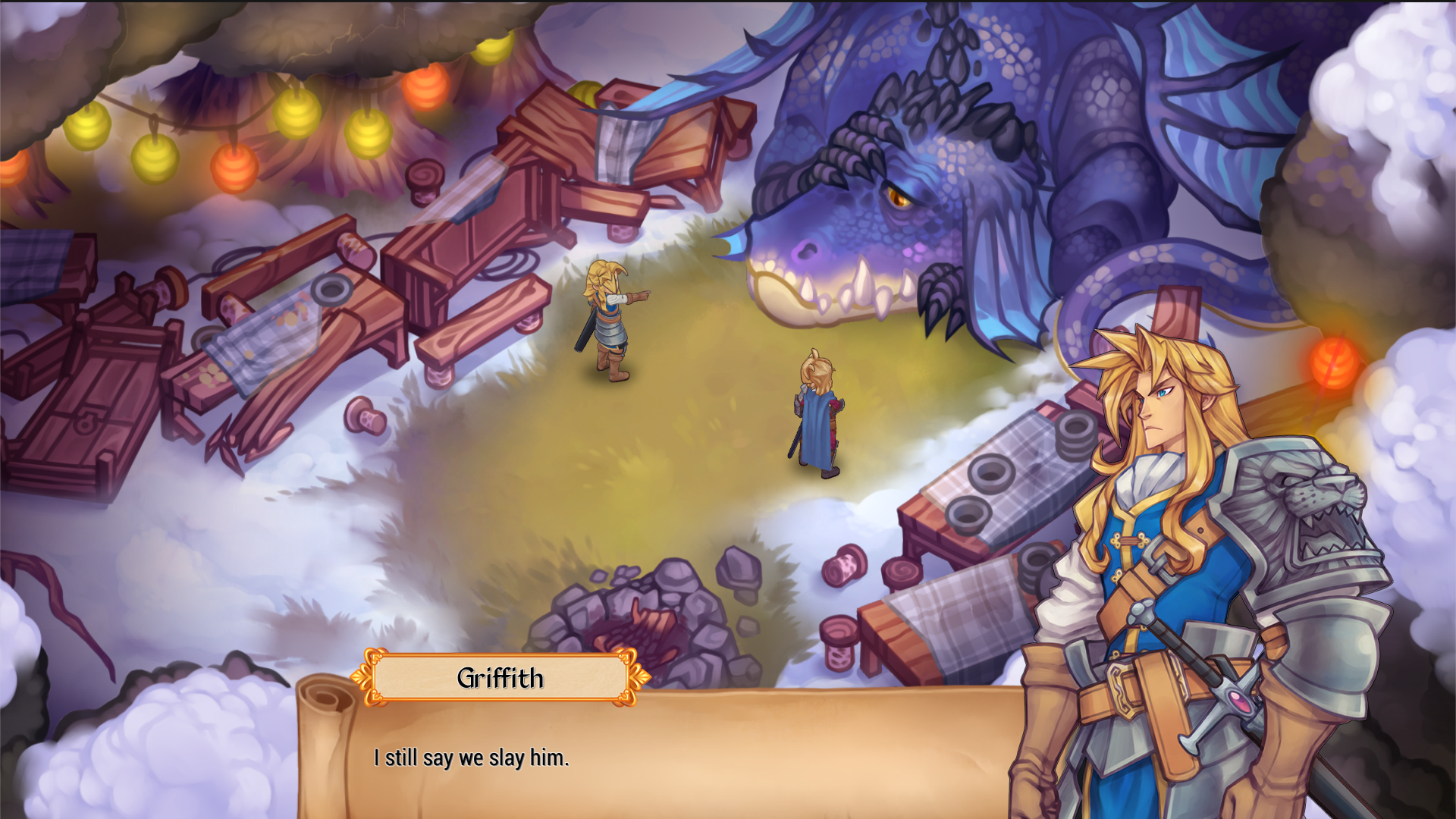 RPGs can be your typical run-of-the-mill epic adventure. A hero comes to the rescue against a being of pure evil, saves the kingdom, and brings about peace for the rest of his life. But what happens when the main focus of such an epic quest is the kind of person who doesn't so much want to keep the kingdom at bay, as it is more having arm twisted to get things done? That's what Pixelated Milk has conjured up in Regalia: Of Men and Monarchs.

Regalia puts you in control of a prince who has just inherited the throne of the Ascalia kingdom. Things look on the up-and-up, only to find out that your realm is neck-deep in debt and is in complete dire straits. You are then tasked to gather up a gang of worthy fighters, seek out treasure, defeat monsters, and restore the glory that once was vibrant in Ascalia. 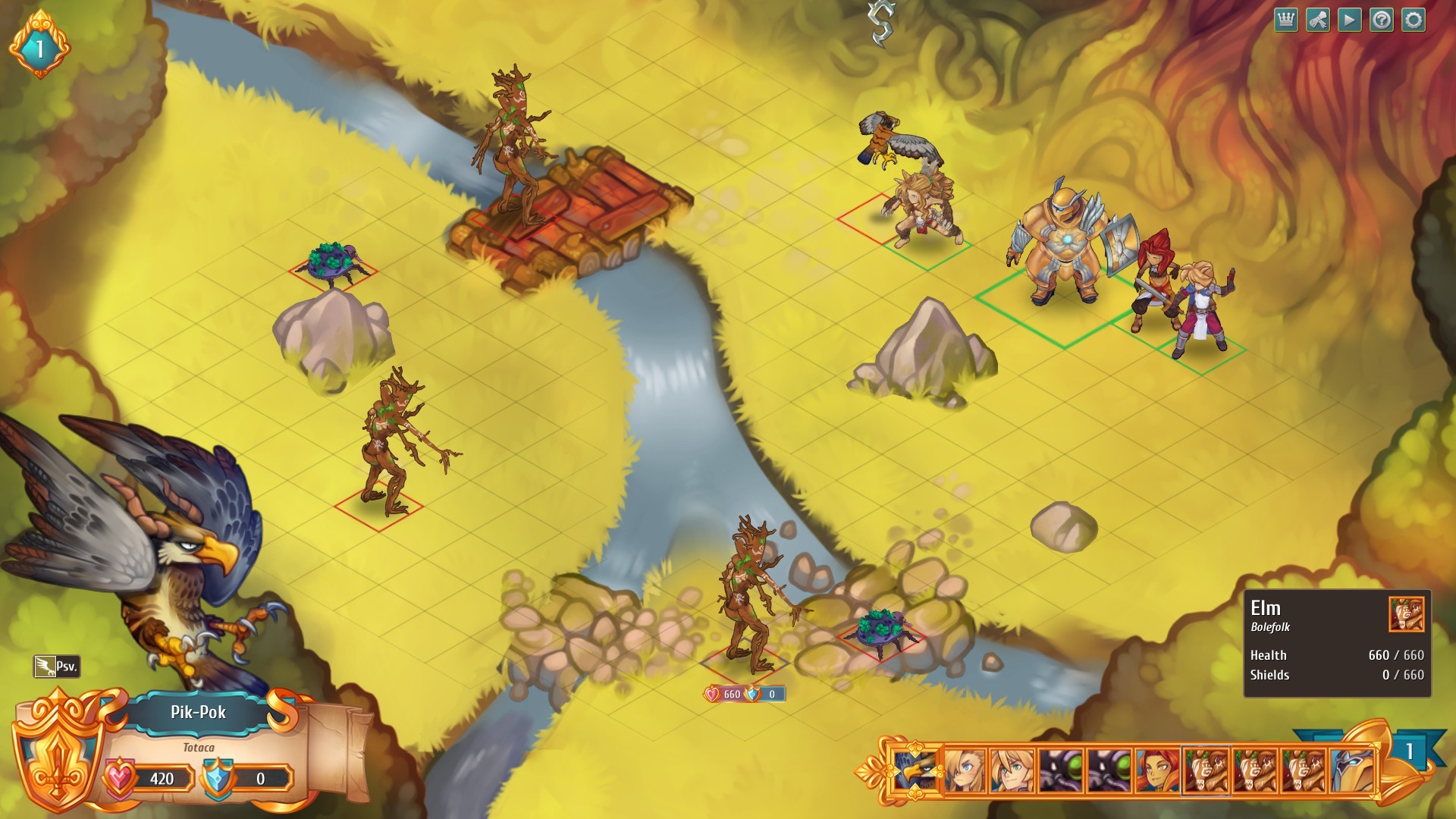 During my demo, I was given a chance to dive into a dungeon quest, where I took on a couple kinds of gameplay. The first was a turn-based battle in the same vein as Disgaea, with my mighty allies battling monsters and trolls that wreck havoc amongst your vicinity. While the battles were challenging, there was always a humorous tone present throughout, be it characters shouting out random pop song lyrics as war cries or witnessing a gang of zombies hilariously explode from my usage of fire power. It can be time-consuming, but the vibe of the fights always helped to make it worth diving deep into its strategy.

One other means of gameplay during these quests is an old-school text adventure, in the same essence as Steve Jackson's classic Sorcery books. The one I came across involved me having to sit through various long-winded speeches given by a specific tribe, only to be put on the spot and choose my answer wisely to hopefully appease them. It's a fun nod to classic choose-your-own-adventures, pieced together nicely thanks to some funny choices and clever dialogue. 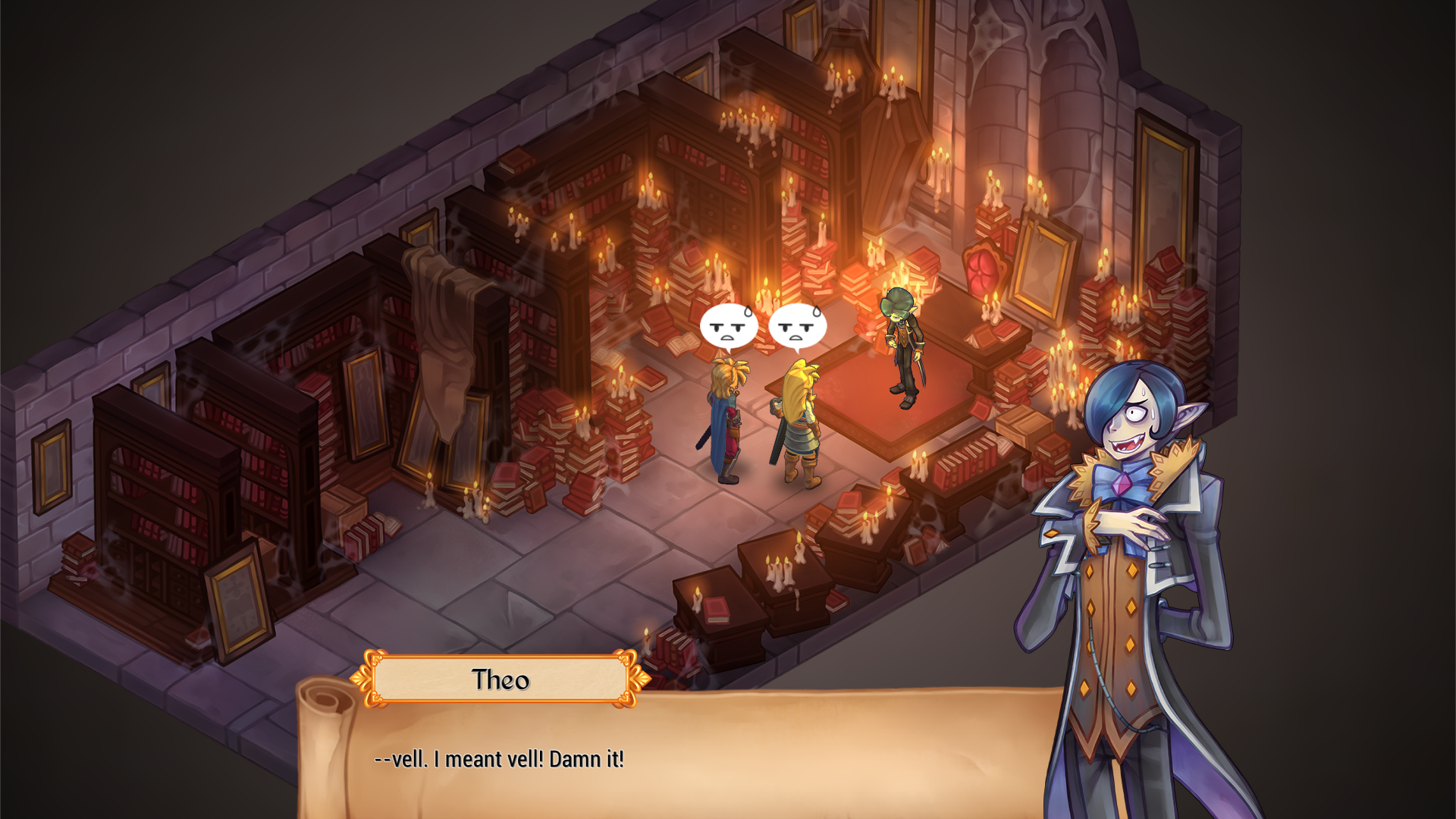 Outside of the main quests, Regalia also has its share of side missions. You can conduct peace treaties, fish, manage the town, build and fix structures, and various other tasks that a king has to do. (Trying my hand at fishing, I found the means of having to keep my line in a situated area to be a rather good challenge.) The better you do, the more of your currency (cleverly called DLC) you will earn for your kingdom. Thus far, this twist on the medieval RPG genre is looking to be quite the smile-inducing one!

Regalia: Of Men and Monarchs is due to be released on April 27 on PC, Mac, and Linux. Expect an adventure worthy of being called epically witty!