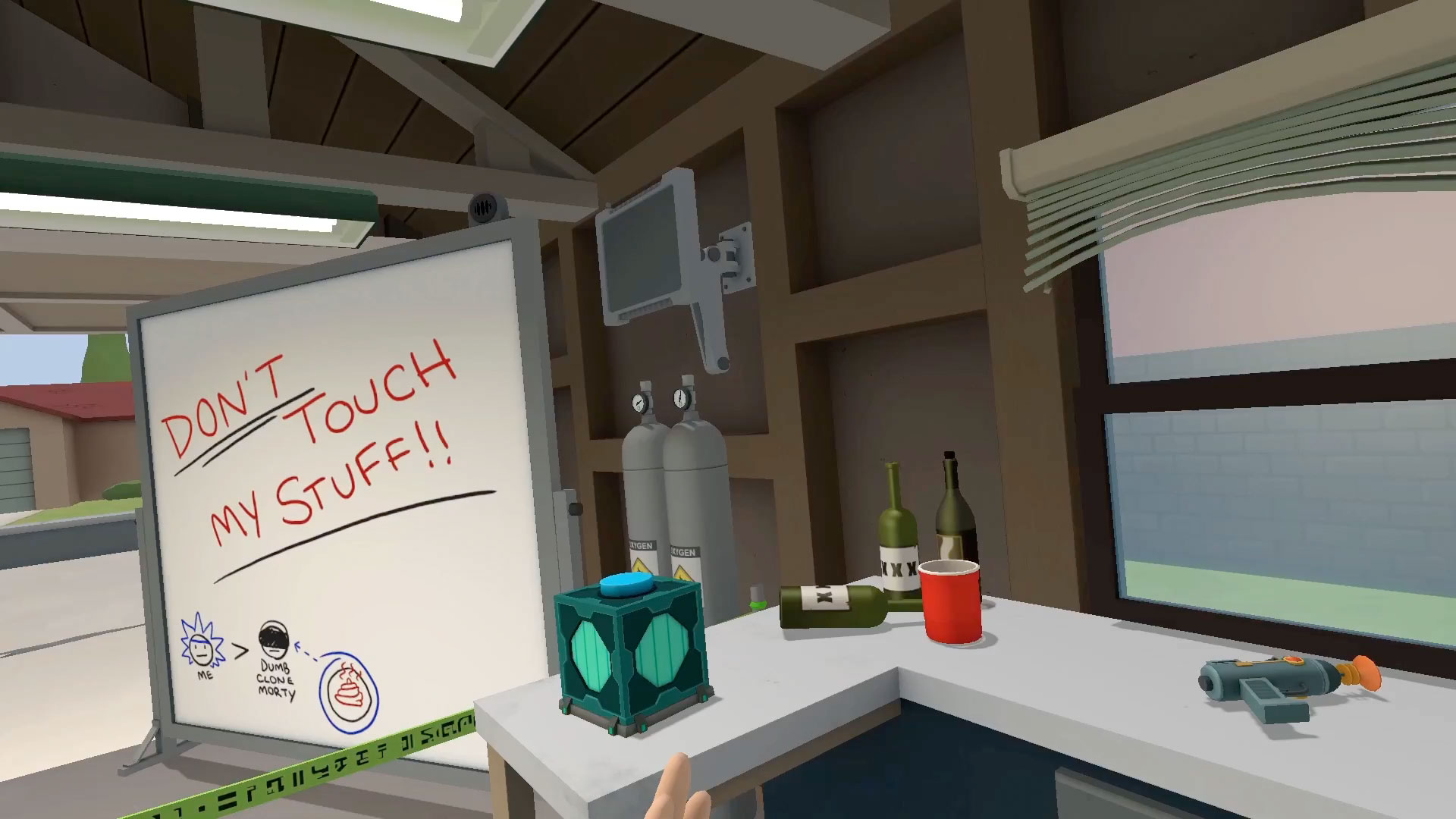 Rick and Morty are a godsend for this entertainment industry. Each episode of the [adult swim] cartoon is crammed with loads of humor, often climaxing with some incredibly dark and poignant realizations. With co-creator/star Justin Roiland being interested in virtual reality (especially with him starting the game developer company Squanchtendo), it seemed like a no-brainer that the granddad/grandson duo would hit an immersive space. Sure enough, that idea would come sooner rather than later thanks to the folks at Owlchemy Labs (Jack Lumber, Job Simulator) with Rick and Morty VR: Virtual Rick-ality.

At PAX East I was given a chance to dive into a few minutes of animated insanity. The demo starts off with me coming to life as a Morty clone. After doing some laundry, Rick blows my head off, resulting in a quick trip to Purgatory. Once I came back to life, I found myself finagling with some of the nearby items that included a laser gun, beer bottles, and a revamped Meeseeks Box. However, playtime quickly finished when a wormhole opened, resulting in me throwing a switch and walking through a portal into deep space with the dark & hilarious duo.

Although my time with the demo was short, it gave me a chance to really see how much the HTC Vive has evolved with its control scheme. My first time with it was filled with buggy situations, as the controls were having some issue synching. This time, after a quick recalibration, I was able to grab items in the virtual space seamlessly. With the VR space a little small, I was initially worried I would hit a wall or -- worse -- another attendee. Thankfully, Virtual Rick-ality was more akin to using a teleportation aspect to move around for the most part.

The trademark humor of Rick and Morty was also in full force, with Roiland's dual characters either flipping out over my mere existence or mocking me for not doing the simplest tasks properly. I'd be lying if I said I didn't look like a happy goofball playing this game, as I attempted to do every dumb thing imaginable with the objects for all to see. Needless to say, this is one funny-as-hell virtual experience that I hope everyone gets a chance to lay their hands and eyes on.