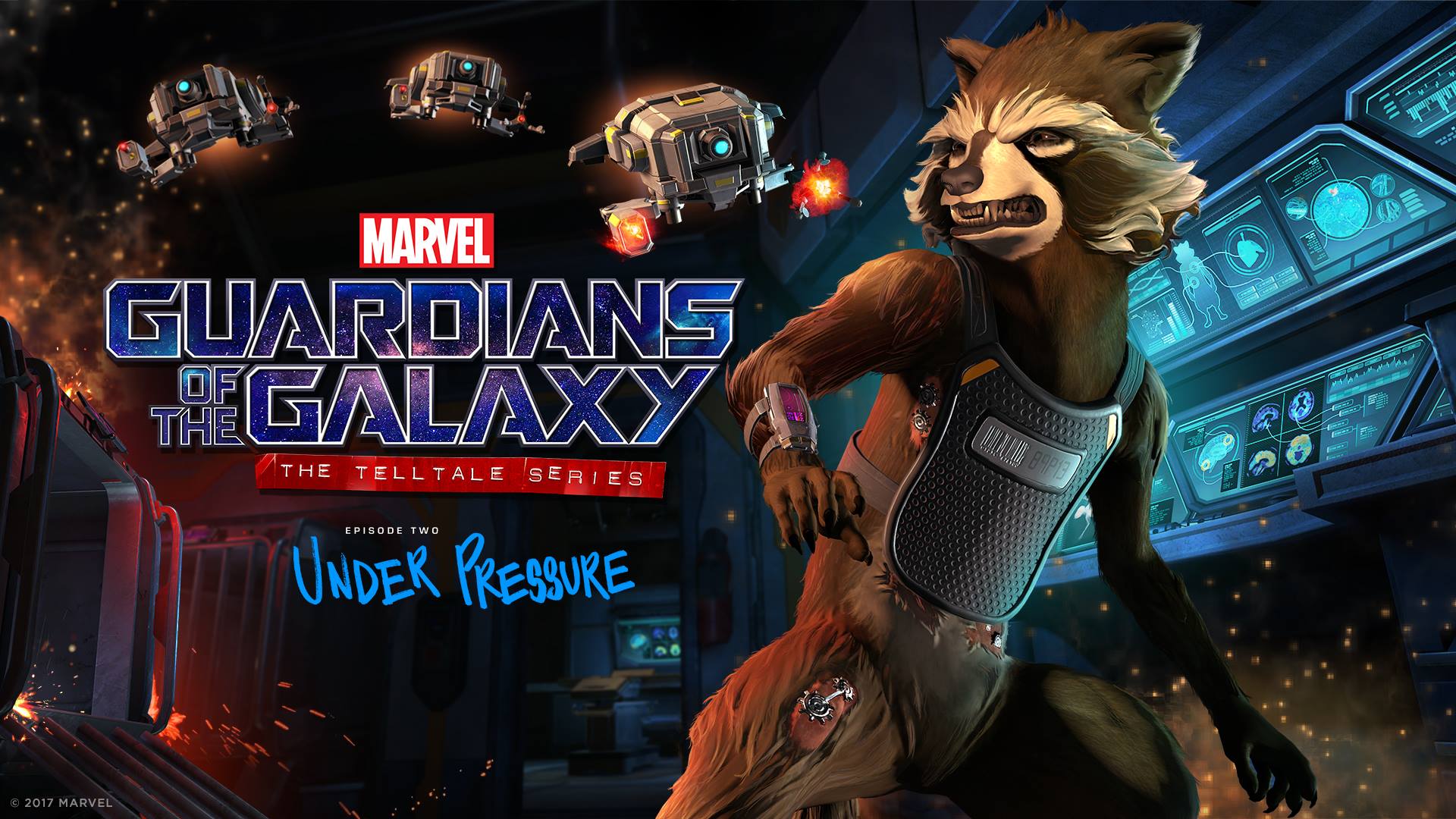 When you ride with Peter Quill and the rest of the Guardians of the Galaxy, you're bound to hit a few speed bumps. One of those rough patches can be an impromptu visit from the Grim Reaper, a situation Quill just about found himself him had it not been for the Eternity Forge at the end of the first episode. With everyone just about done freaking out about Star Lord being brought back from the brink of death, the time to dive into another larger-than-life adventure begins once more for the Guardians of the Galaxy in "Under Pressure."

During a quick visit to Yondu's Peter has another vision about his mother, leading him to start to believe that she might still be alive somewhere. However when new writing appears on the Eternity Forge written in the Kree language. To transcribe it, they'll need the aid of Gamora's sister Nebula, who doesn't make allying with her all that easy. As they search for clues about how the Eternity Forge works, tensions arise within the crew about the power this mysterious tool has, with Rocket on the verge of a nervous breakdown. 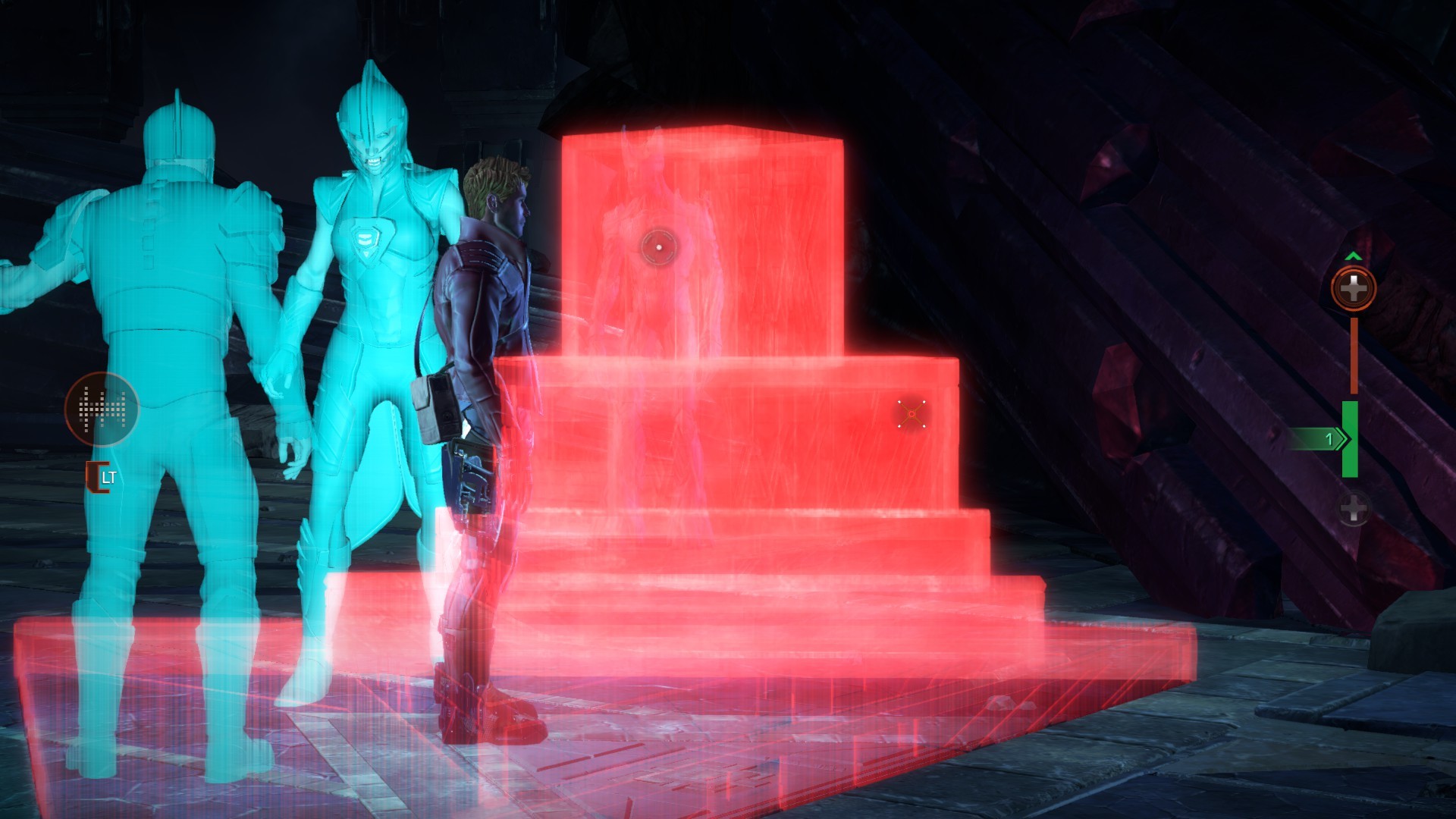 For the most part, "Under Pressure" is a pretty decent story, thanks in part to some good action sequences and its trademark humor. However there were moments that felt were dragging about, as if to forcefully lengthen the story timeframe. While there's some good background information regarding Gamora and Nebula's rocky relationship, it often feels like this episode is just attempting to fill a helium balloon with plain air. (Although I will say the usage of King Harvest's "Dancing in the Moonlight" was a lovely touch in the beginning, proving why anything involving Guardians of the Galaxy will have the best soundtrack around.)

With that being said, I was quite impressed with the back story we saw of Rocket. Known for being very gruff and often the pain in the ass of the crew, it was unique to see him in a situation that practically broke him as a...talking raccoon-looking creature. Surprisingly it was the most human moment that "Under Pressure" presented in its entire run, and stands out as probably one of the most heartfelt scenes put out by Telltale Games. (Trust me: choose the option to help Rocket over grabbing Nebula, and you'll be treated with the episode's best moment.) It's here where I fully accepted Nolan North as Rocket, something I had some trouble with in the first episode. 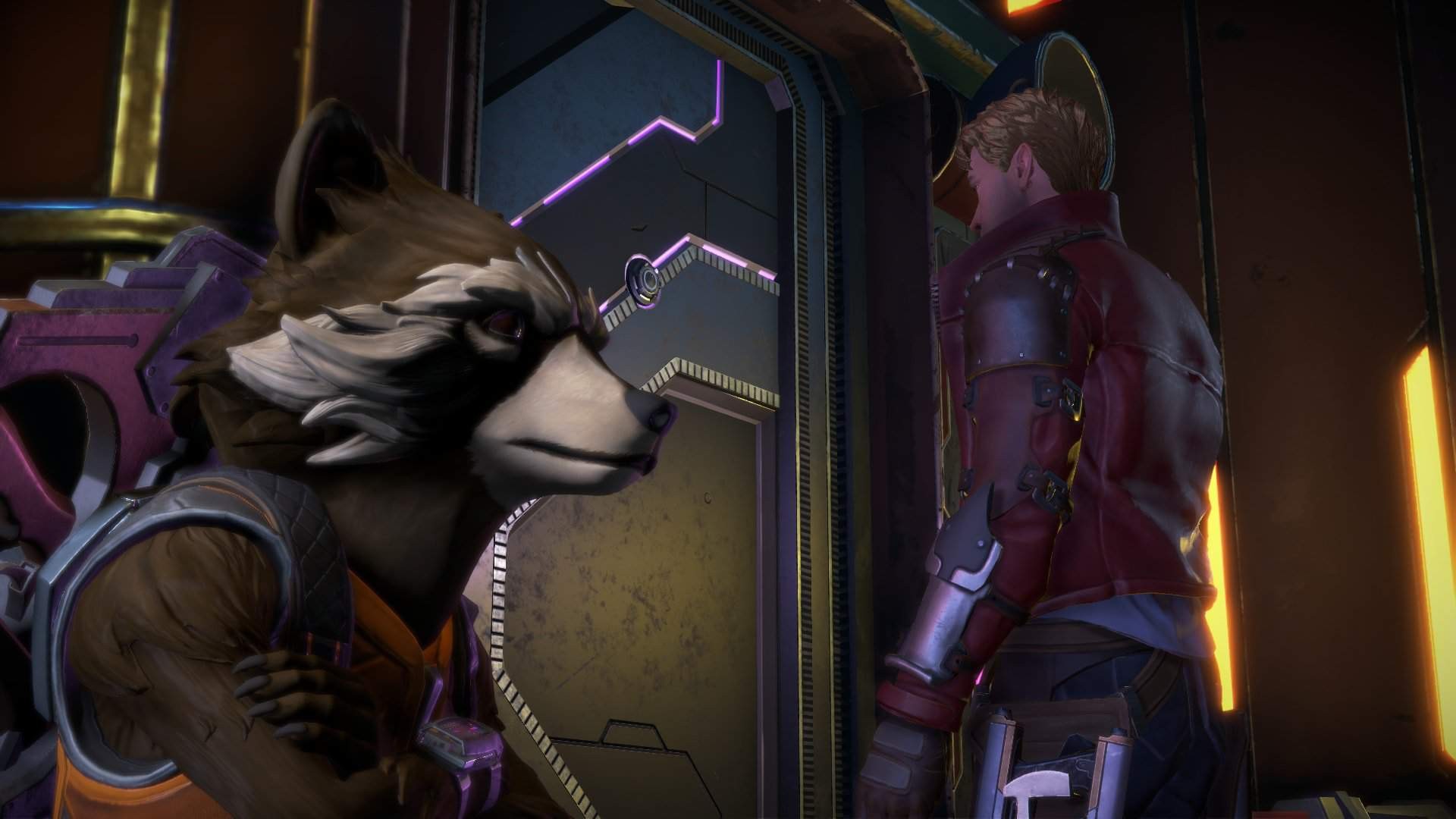 Nevertheless there were some graphical issues that I can't ignore here, proving once again that it's time Telltale Games updated its game engine. Three times I counted where a character model flashed into a different position in quite the glitchy manner. And what was with Nebula's mouth seemingly unable to close while attempting to grab her? It made her warnings and threats feel funnier than they should be. While the worlds themselves looked nice, the characters appear more stoic and less stylistic than characters in past games.

"Under Pressure" is where Guardians of the Galaxy should've pushed itself further away from an opening episode that was merely good. Instead it shockingly takes a step back in the quality department, no thanks to some bad glitches and faulty storytelling. However it's a whole lot better of an experience if you get to fully witness Rocket's flashback. Fingers crossed that Telltale Games fixes a good bunch of the bugs that seemed to have festered themselves in this adaptation of a beloved Marvel series.

Background Noise: Electric Warrior by T. Rex - Peter Quill is a man who loves his classic rock, as apparent by the Awesome Mixes his mother left him. I can easily imagine him grooving to the sounds of Marc Bolan's glam rock stylings heard in T. Rex's 1971 classic album. The sounds of "Jeepster," "Cosmic Dancer," and "Bang a Gong [Get It On]" are the perfect songs to blare as one drives into deep space for one hell of an intergalactic adventure. Just don't let its libido distract you from hitting an asteroid field.

The E3 show leaves me excited and...

GAME REVIEW | Marching To The &quo...