The E3 show leaves me excited and invigorated

For the 11th year, I have attended the E3 conference in Los Angeles. This year, for the first time, E3 has invited 15,000 regular game players to join the array of journalists and game company vendors for the event.

The show doesn’t feel any bigger or smaller than past years. It seems like the same number of people I’m used to seeing at the event. It’s just that more of the people I am seeing are fans of games and consumers than media. Usually, walking around the event, it’s primarily media people and industry people — buyers, vendors, partners and exhibitors. This time around, it feels like there are fewer of those industry people and fewer of the media people, making way for more of the consumer people.

So it feels like the same number of bodies, but they’re just a different in make-up. The feeling from the hall is much more vibrant than in previous years. There are people full of genuine excitement of being at the event. A lot of people were interested in buying merchandise associated with the games. There’s more commerce stuff going on — people are happy to buy a Zelda backpack or a PlayStation hoodie. It’s not any bigger or smaller. It’s just different.

I'm very familiar with the Penny Arcade Expo (PAX) shows, having gone to Pax Prime a few years ago and Pax East every year since 2011. The addition of consumers to E3 makes it feel more like a PAX show in some respects, but it feels like PAX’s older, more mature brother. There’s much more spectacle at E3 than a PAX show. You don’t see announcements of major AAA titles at a PAX. It is structured very differently. It’s something PAX maybe wants to grow into, but, when comparing them, I can’t put the two of them in the same category. There’s much more media, much more international attention at E3, so it’s still a different beast.

There were lots of announcements. You can read about them in many places on the web, so I'll just concentrate on a few of them. The thing that stopped me in my tracks was the announcement of Beyond Good and Evil 2. It’s actually real and I was able to see it. This is a game I’ve been hoping for years that it would come to fruition. I didn’t know what form it would take, but I wanted it to happen. I revere the first game so much, but I had all but given up on a follow-up title happening. As the trailer started during the Ubisoft briefing, as soon as I saw the pig, I realized that the game was now going to happen. My heart almost skipped a beat. It’s much changed from the Good and Evil war that I knew and, yet, it is still interesting and intriguing. As I watched the trailer, I found myself wondering, “When can I get it? When can I play it? When can I get it? When can I play it?” That’s a great place to be as a gamer, I think. 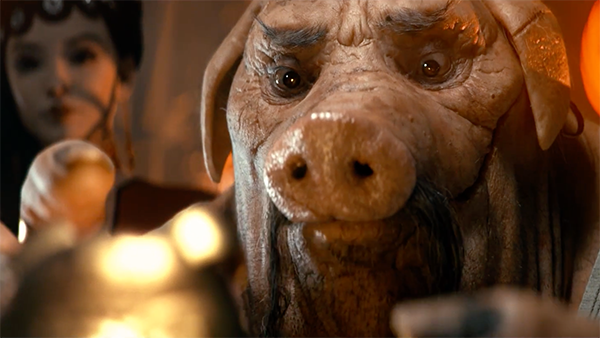 Anthem took my breath away. I can’t stop talking about that game.

On the other hand, Sega announced a new Sonic game. To me, that’s just a fail. I don’t know why Sega brought that out. Sonic has had so many god-awful outings with the franchise in recent years.

I want to pre-order a bunch of things I've seen at the show. Unfortunately, my financial situation is not allowing me to do that. I suppose that’s my saving grace. I'm going to have to wait until games are released before I can order them. There have definitely been a few titles that will be something I get once they launch. However, the mega-fan bundle for Assassin’s Creed Origins is something that’s never going to be in the cards for me — space-wise or money-wise. They’re going to make only a thousand of them -- and I'm not going to be someone who gets one.

One of the biggest announcements at the show was the new Xbox One X by Microsoft. The new name for the device, code-named Scorpio, was controversial. During the announcement, someone on Twittermade the comment that Microsoft is just one X away from being a lewd organization. I think that Xbox One X sounds like a decent name for a console, but it’s not necessarily an exciting name. I think incorporating the word Scorpio would have resulted in a better name.

I will definitely be getting one. It does not require that I have a 4K TV, as I had feared. It will work just fine on my 1080p TV and will, in fact, upscale a bunch of the current games I have. They will look better than what they currently look like on my current TV. That gives me time to put some pennies aside to save for a 4K TV.

On a previous podcast, I talked about the price point for the new Xbox that would make me happy. I would have liked to have seen the Xbox come out at a $399 price point. I don’t see people willing to put up $500 as quickly without having additional justification for it. The price of $500 seems like a big deal to me. For some people, the price will keep them away from the system for a little bit. Of course, I’m not one of those people.

I think that it can compete with Sony and Nintendo, especially with the diverse nature of the Xbox games that they showed off during the briefing. There seems to be something for everyone. The new box is going to be more appealing to a larger audience. Microsoft had gotten away from what made the Xbox 360 so appealing. The Xbox One library swung more to the hardcore player that it should have. This new box gives it more balance. A new subscription service lets a wider range of players enjoy gaming on an Xbox system. I think Microsoft and Xbox have done a really good job of trying to level the playing field by bringing those things to this new box. I don’t know if it positions them to be on top of the other competitors, but I think they have now become competitive.

Unlike previous years, nobody seems to be worrying about who "won" E3 this year. I’ve just been in more conversations about specific games and companies. Conversations have been more about the sum total of the show, rather than the competition among the major players. Everybody focused on the games. They introduced a bunch of games that people would enjoy playing.

In all, the show leaves me with a feeling of invigoration about the work I do with ESH. I’m feeding off the energy of the people around me. Now if I just had the cash to buy everything I want.