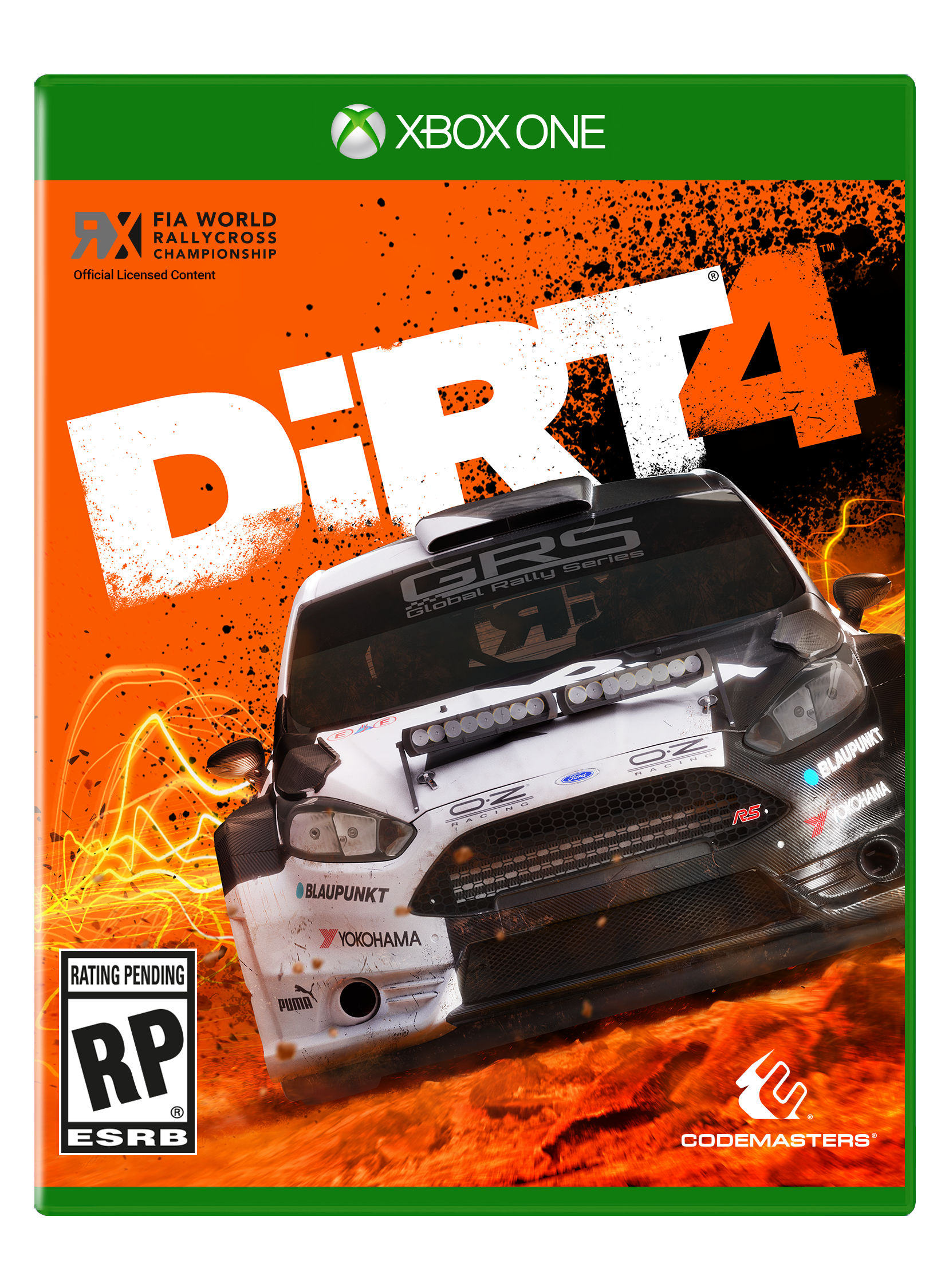 Since 2007 Codemasters' Dirt has showcased some of the most fun and realistic vehicles in any third-party series. What makes these games so enticing is how it makes you feel like you're part of the action, even if you don't have a fancy $200 wheel peripheral. As this year marks the franchise's tenth anniversary, it would seem fitting that Codemasters would bring a bigger A-game for the next incarnation. Not only have they brought it in the form of Dirt 4, but they managed to shove some of the most powerful and gorgeous physics I've ever seen in a driving game.

Traveling throughout America, Australia, Spain, Sweden, and Wales, Dirt 4 puts you in the driver's seat as you race for the best times and the highest rankings. Be it on tarmac, off-road, or even the foggiest of forests the path to glory is a windy challenge waiting to be conquered. With a vast amount of cars waiting to be put to the pavement -- from the classic Mini Cooper and modern Ford Fiesta to even your kart-ready dune buggies and Pro-Trucks -- finding the right fit for your victory will certainly come with a trial-and-error approach. Fortunately even having to test-drive your vehicles of choice comes with loads of fun waiting for it. 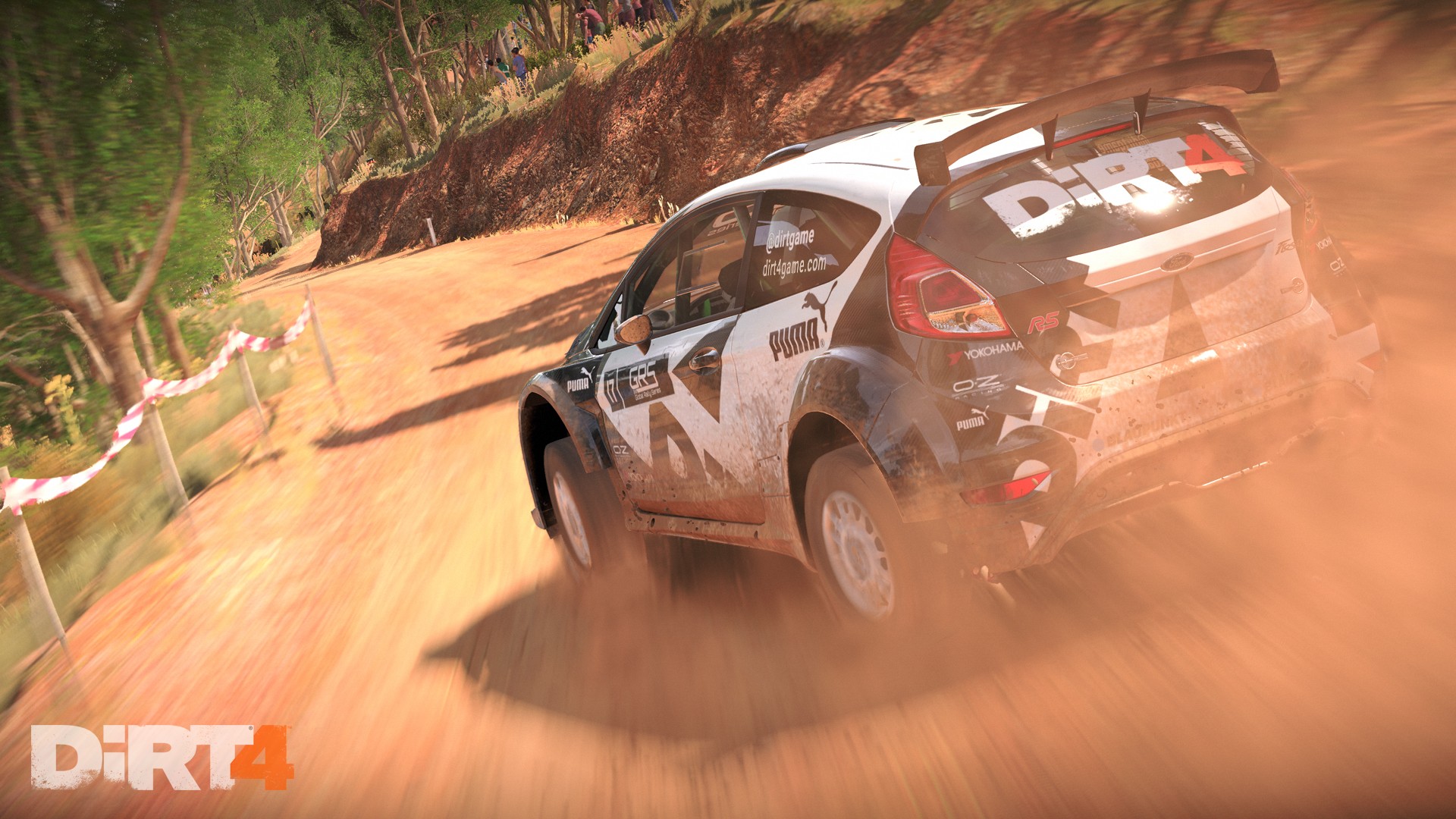 Right from the get-go Dirt 4 wants to get you comfortable, as it asks if you'd rather take the Gamer or Simulation approach to playing. The former is more fitting for fans of arcade games, with the challenge of keeping your car on the straight-and-narrow slightly decreased. (FYI, this is the way I usually play.) For those that are looking for the most realistic approach to playing, the latter captures the same spirit of Gran Turismo and Codemasters' own F1 series. Needless to say if you wanna go this route, you best prepare your thumbs or -- at best -- grab yourself a gaming wheel for all intent purposes.

What I appreciate most about this and past Dirt games is how much it works to help you achieve your driving goals. The ability to study the roads ahead, take cues from your coaches, and even taking advantage of the drivers ahead and beside you are fully encouraged by this title. There's quite the intelligent strategy to be found here, as the more victories (and cash) that you tally up can help you earn sturdier vehicles, better gear, and some good sponsors that'll hone your skills to a grander level. And yet, even with all these elements in a racing game, it still emphasizes the fun factor that it delivers for players both new and old to the franchise. 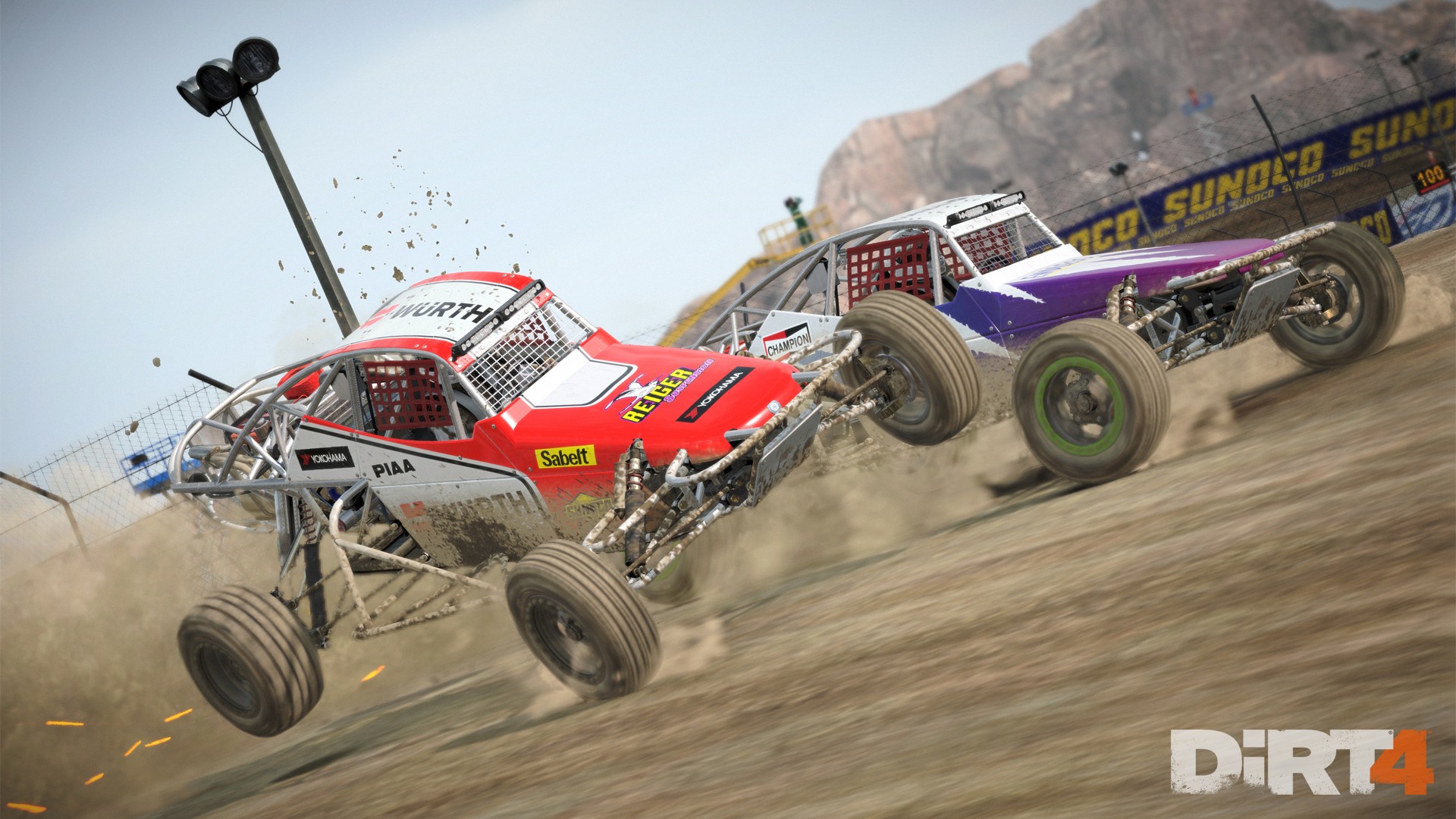 It is easy to be impressed with the visuals that Dirt 4 brings to the consoles. Using the most recent version of Codemasters' EGO engine, the vehicles shine and maneuver with some of the most realistic elements placed in a video game. How they damage when in bad terrain or after an unsightly accident also is brought to a gorgeous level of detail, with said vehicles keeping to their rowdy appearances all throughout a race series. With all that being said, the human models could seriously use a bit of an upgrade, as almost every driver and mechanic looks pasty and bug-eyed.

As I played in Gamer Mode, it was important to me that controls felt comfortable as I put the pedal to the metal. Sure enough the scheme is tailored so that even those who've never played a racing game before can easily dive into it. Accelerating, easing, and braking for sharp corners comes off as the right balance of simple and challenging. While you'll have no trouble with the controls, the key to victory is more in your timing, as I found myself missing the first place ranking by milliseconds due to pushing the brake too early or too soon. 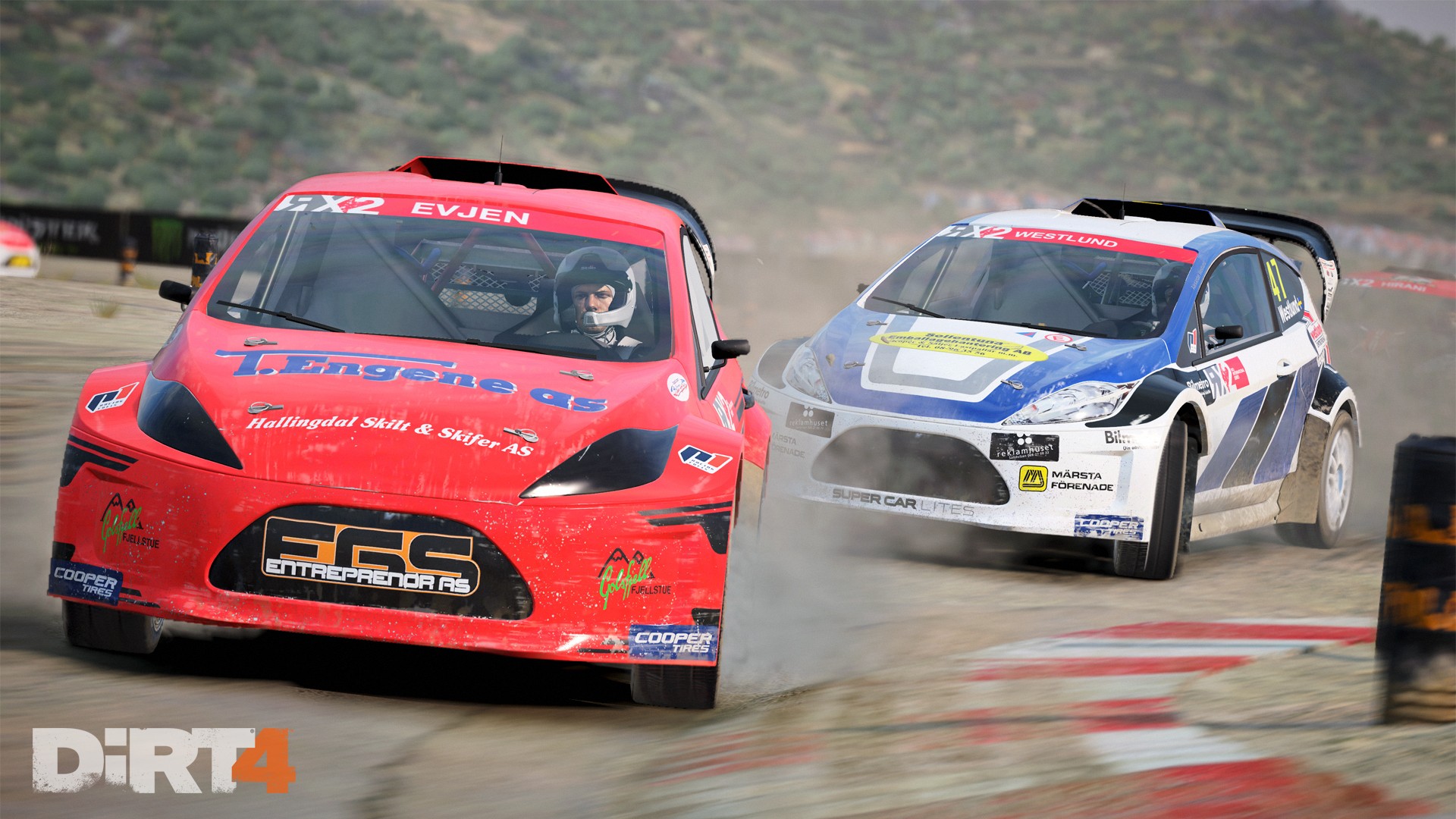 Speaking of strategy, while there are only five main locations throughout Dirt 4, there are tons of ways the roads will be brought to your front bumper. Trust me when I say that the small preview that you get before you drive off -- be it the overhead map or the quick video tour of your vicinity -- will be your saving grace if you memorize it enough. It's also key that you take a few lessons at the Dirt Academy to learn some better techniques before hitting the more advanced courses. Despite the roughness that this latest version of Dirt brings, it never takes away from the sheer joy of driving these roads.

Weather also plays a factor in the game, which is where it's tuning comes into play. By looking over the parts of your vehicle and seeing how they handle in the mud, rain, and fog will aid you in a much better time than imagined. Fixing up your car in-between races will also give you a greater chance at victory the next time around, even if it's something as little as a tire change or fixing a minor dent. Mind you it's still easy to be distracted by all the little things in front of you -- be it nature or the other racers' time results -- so once you've tuned out your car, it's best to still keep your eye on the road ahead and take the advice of your in-ear coach. 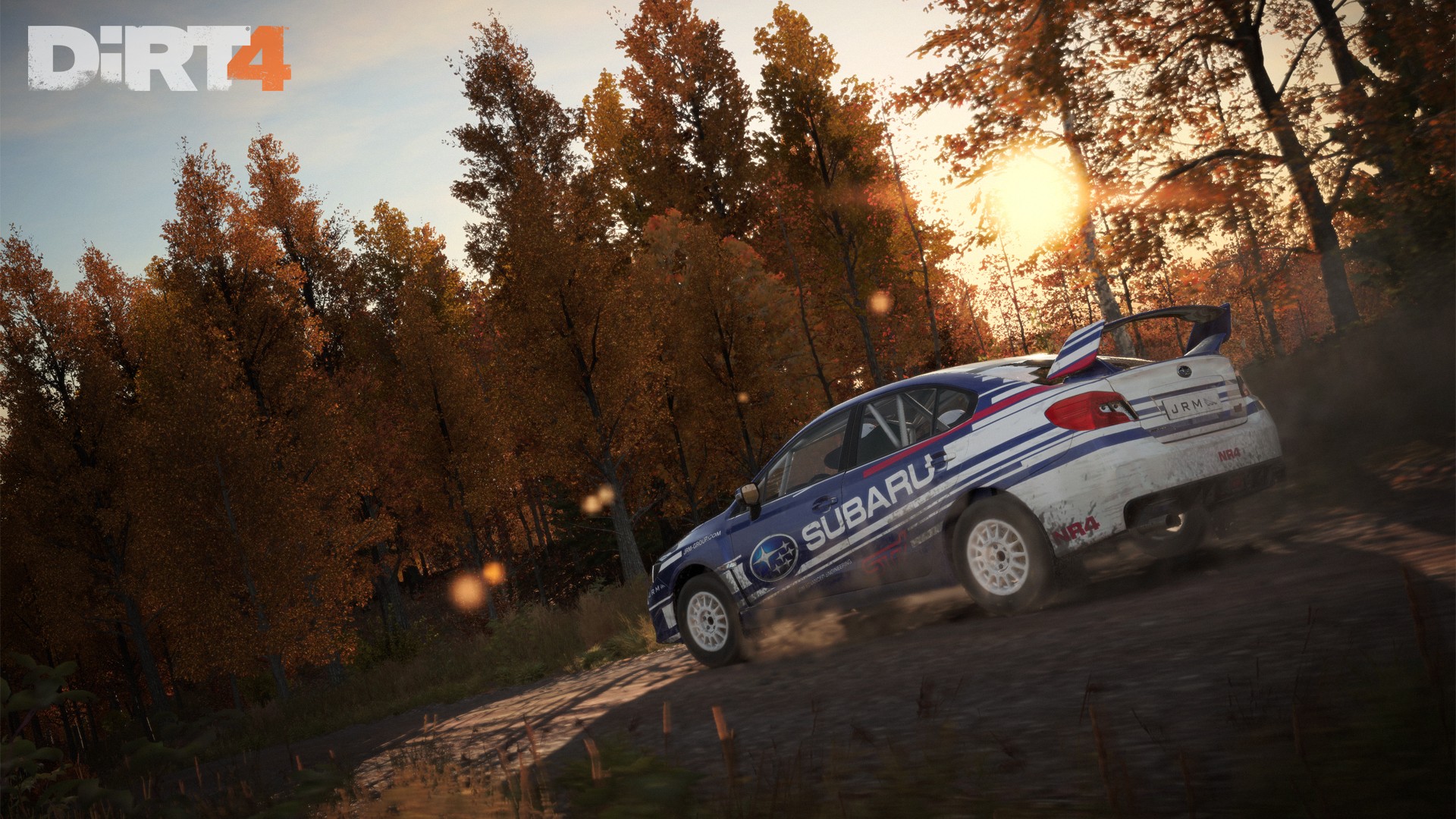 Even when you've finally completed all the different career modes and the like, there's still more to be found in multiplayer mode. Pro Tour gives you the chance to compete with drivers all over the world in real-time. Through Community Events, you'll also find races that are going on daily, weekly, and throughout the month with their own unique twist on the race on-hand. If you queue up your RaceNet, you'll also be able to match your skills with those throughout the entirety of the Dirt fanbase, even if they're playing on a different console/PC.

However what makes Dirt 4 such a thrill to play is the feel it gives you as your driving on these tracks. Even if you don't grab a higher ranking, there's a euphoria that comes with the way this game moves and pulls you into the driver's seat. As odd as it may seem, I found myself comparing this feeling to every time I've put on something like Mario Kart or Fast Racing Neo. Even with the realness that Codemasters brings to the table here, there's this sort of fantastical spirit that is present throughout this game. You may be driving, but Dirt 4 will certainly make you feel like your flying!

Ten years on, and Dirt continues to be a staple in the racing game realm. With its great assortment of vehicles, tracks, and modes there is a lot to digest as you take the wheel. Once you do though, Dirt 4 easily pulls you in to one of the most fun and eye-popping driving experiences you'll find in any video game. Get your license, find your crew, and prepare yourself for one hell of a ride!

Promotional consideration provided by Stephanie Tinsley Fitzwillam of Tinsley PR. Reviewed on the Xbox One.

Background Noise: Welcome Reality by NERO - When you need to get pumped for a big race, Britain's NERO gets the beat right with the smoothest and loudest sounds in the electronica realm. Their 2011 debut is still one of dubstep's high points, with "Doomsday," "Reaching Out," and "Innocence" bringing the perfect attitude and tone for those itching to get behind the wheel and earn themselves a victory lap.