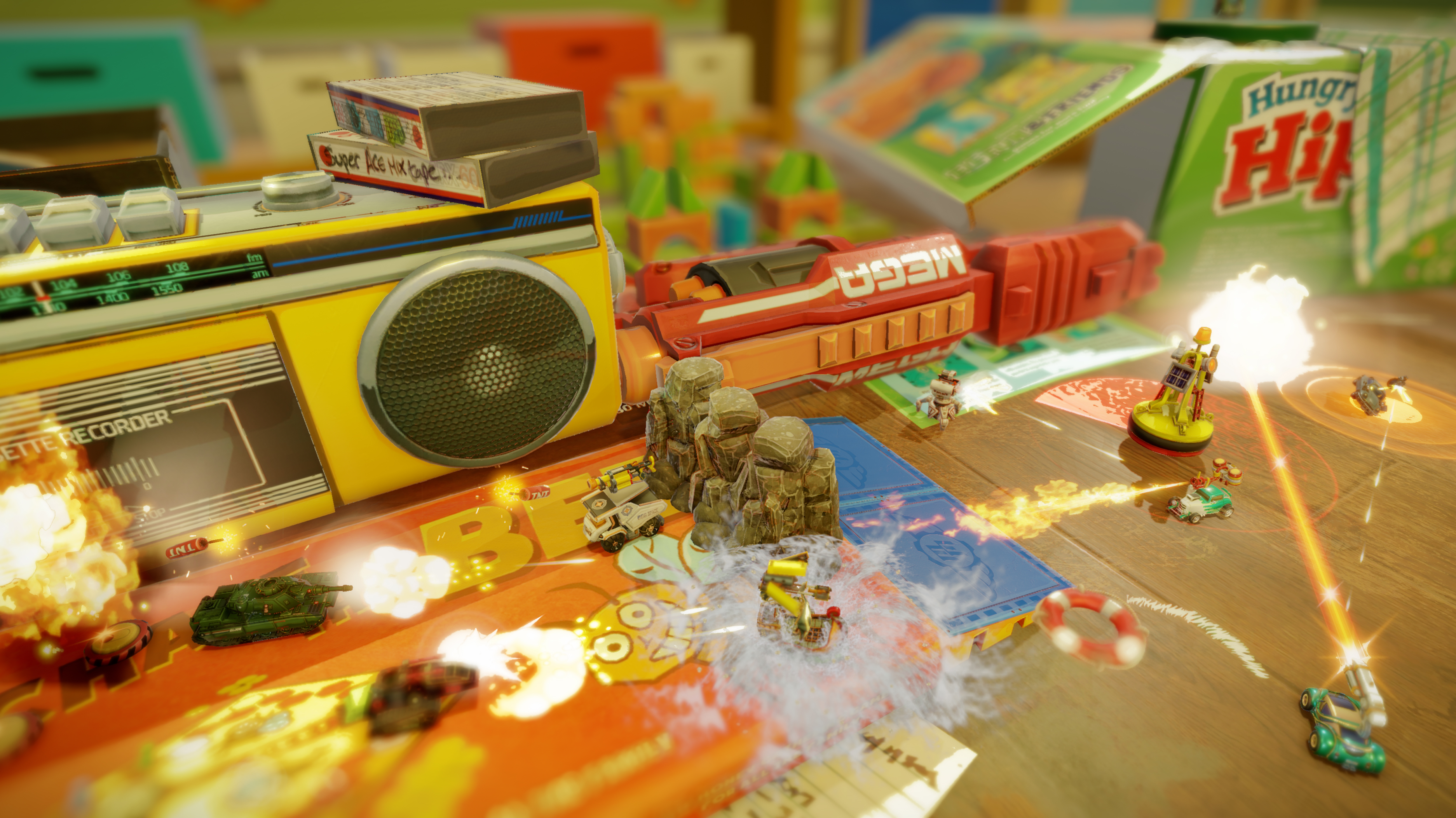 Whenever I think of Codemasters and its library of racing games, the words "precision" and "artistic" always come to mind. Thanks to the likes of Dirt, Grid, and its F1 game series I know that when I press Start with their titles that I'll be given an experience behind the wheel unlike any other. So when word got out about them grabbing the license to the popular Micro Machines toy cars, I was ecstatic. I loved playing with those tiny vehicles growing up, and hearing that the best in the racing game business was bringing it to the PC/console realm had me eager to dive into this massive yet microscopic world.

How heartbreaking then that the end result -- Micro Machines World Series -- does no justice to both the toy and the developer.

Like the toy it's based off of, Micro Machines World Series has you taking your tiny vehicles and racing & battling them throughout the tracks & maps. Viewed from an over-the-top setting you are tasked to be the biggest racer in the smallest of worlds. Choosing from a dozen different vehicles, you are given the opportunity to see what works to your strengths and which weaknesses appear as you attempt to tear up the track. 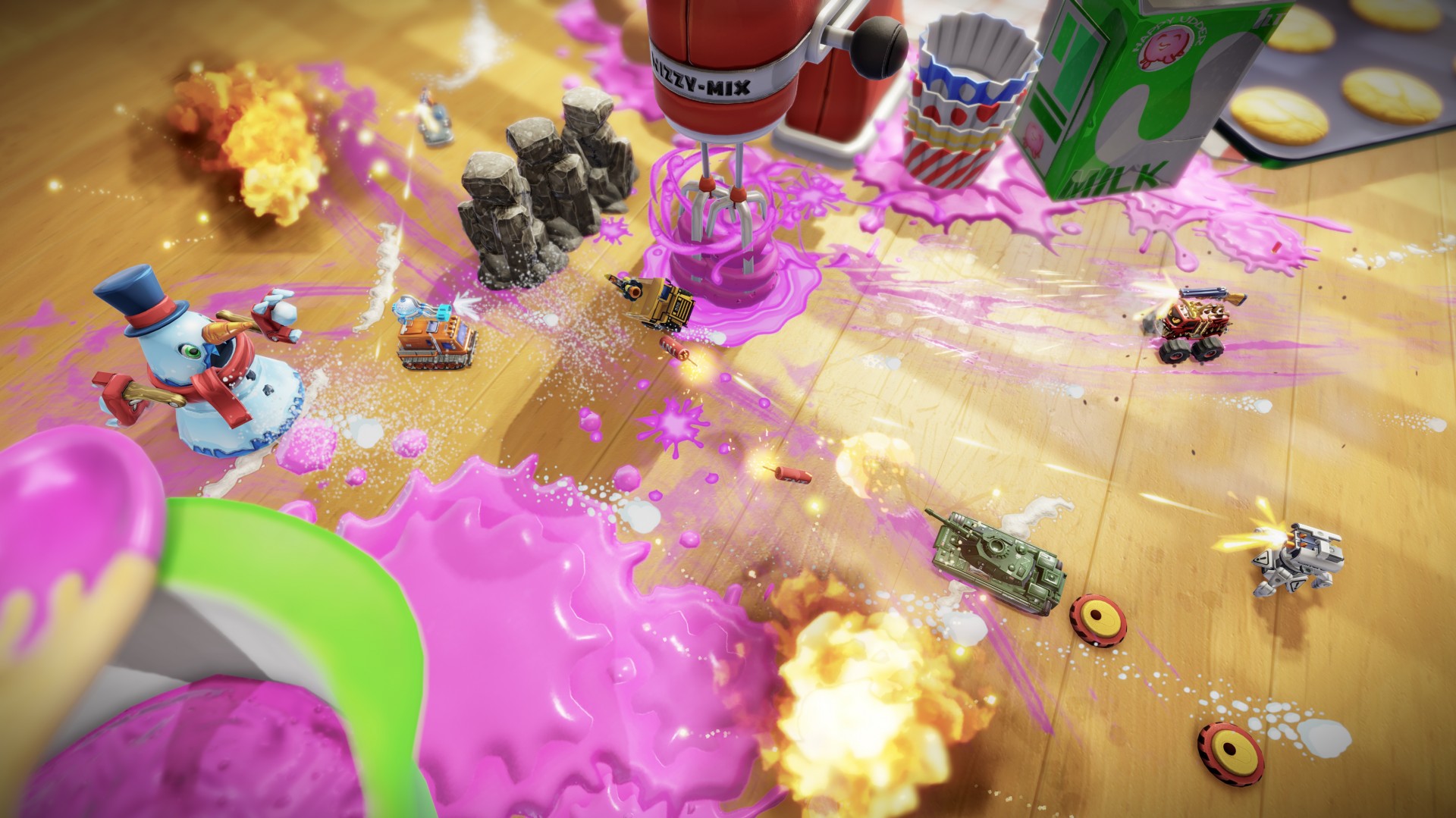 The main problem with Micro Machines World Series is that it depends on an online base for the experience to properly be fulfilled. Sadly every time I went online to play, there was not a single person on there. I had to settle with playing with some AI characters, who were so tough to beat that the best ranking I received in a race was fourth place. Having to experience this over and over again was not only frustrating, but the words that flew out of my mouth as fast as Micro Machines' famous spokesman would be highly inappropriate to print here. (There's also couch co-op, but for the life of me I couldn't find anyone who was remotely interested in playing it.)

A lot of its biggest issues can originate from its control scheme. Because you're playing from a top-down perspective, you have to often guess which direction goes where. In a blink of an eye left will be right, up will be down, and sideways will be straight. This led me to fall off the track constantly, resulting in me often placing dead last in a race. 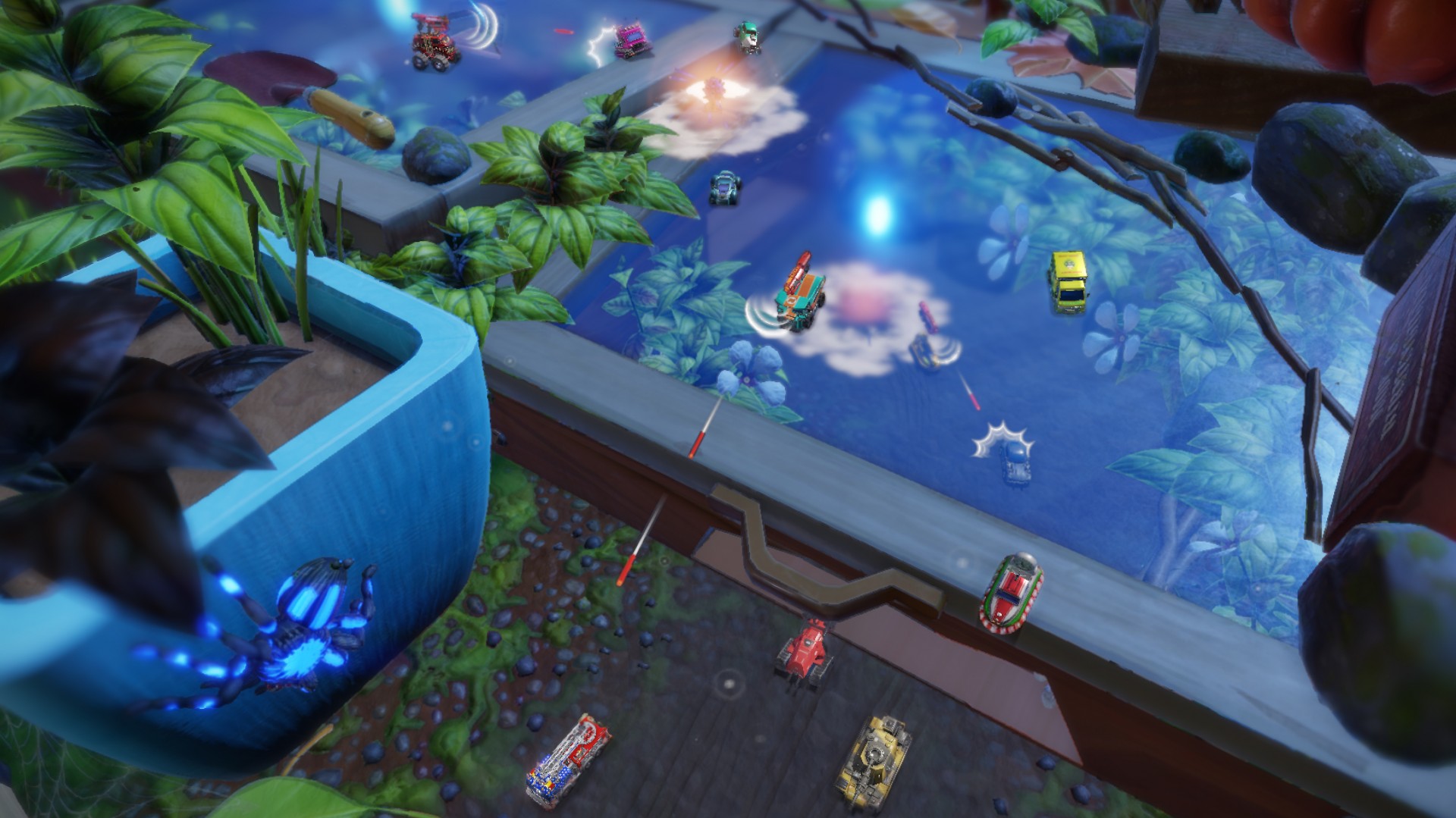 These controls are a bit more forgivable in the Battle Mode. With that being said, because it's often hard to judge where to aim, these battles will overstay its welcome. During my time playing it, I found these battles would last around at least twenty minutes, mainly because I couldn't properly shoot down my opponents without having to circle the maps at least five times to pull the trigger once!

Going back to the game's top-down perspective, I get that Micro Machines World Series wanted to show players the tininess of the car to the living room these races & battles were occurring in. While I can appreciate this, it would've been far better to experience this game in a way that you looked normal sized and everything else was ginormous. It would be a rush to be almost grabbed by a couple massive Hungry Hungry Hippos or do a jump across a ramp that was built using toy blocks. Alas, such an option is non-existent here. 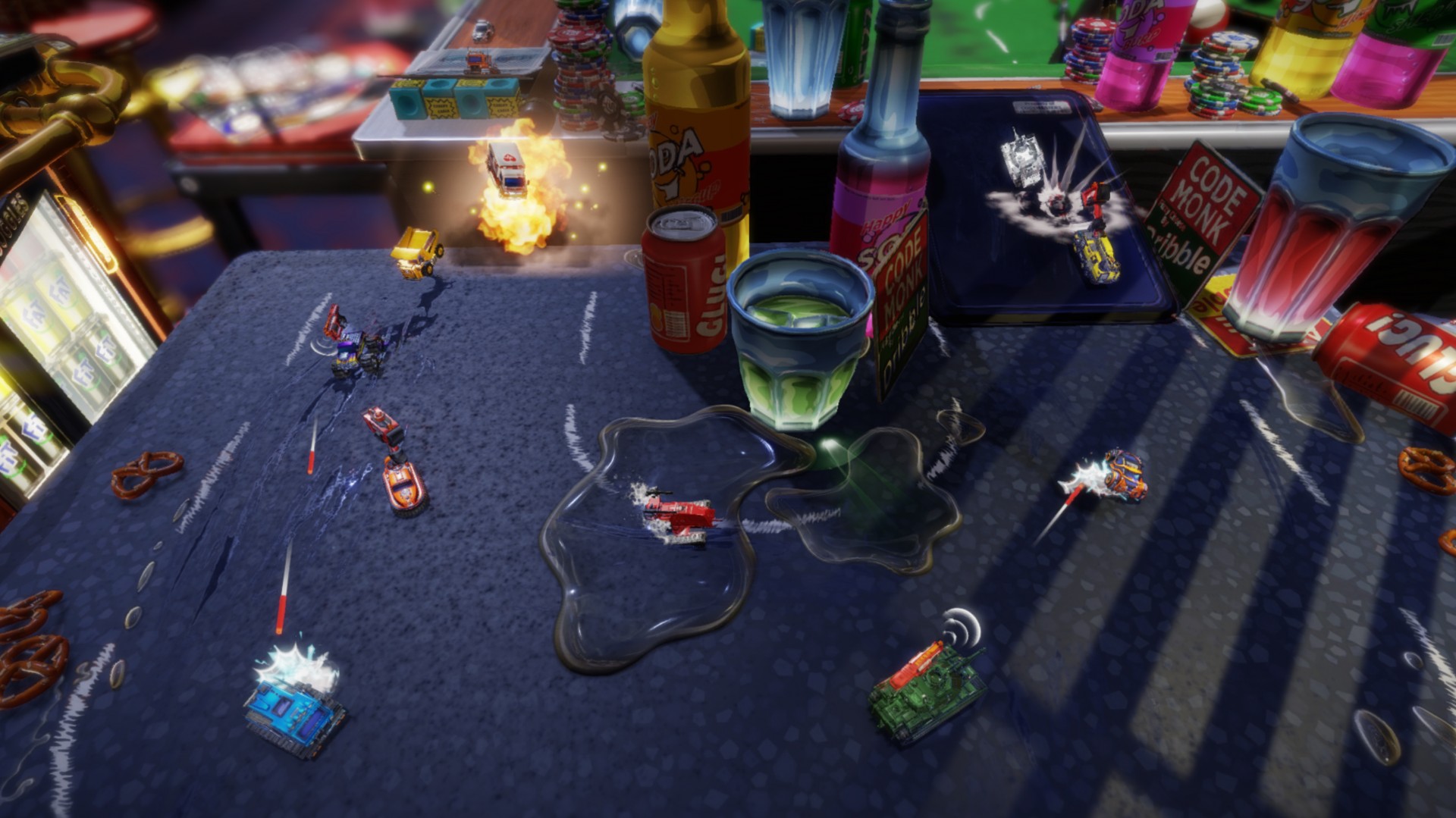 At least there's some neat variety to the twelve vehicles you can race/battle in. Taking a cue from all its classic lineups, the Micro Machines you'll be able to choose from will range from the worked-based firetruck and ambulance to the more fantastical spy car and massive monster truck. For G.I.Joe fans, you can even take the reigns of Cobra Commander's H.I.S.S. tank, which makes me wish there were other Hasbro-based toys that were incorporated into this game. (Considering it aired on the sadly-defunct Hub Network, it would've been nice to cause chaos in the BattleTram from The Aquabats! Super Show.)

Micro Machines World Series is a forgettable, poorly-controlled racer from a developer who should know better. If you want to play a definitive racing game from Codemasters, then stick with Dirt 4.

Promotional consideration provided by Thomas Schulenberg of Tinsley PR. Reviewed on the Xbox One.

Background Noise: Mister Mellow by Washed Out - If you need some good Sunday drive music, Washed Out's latest album is just what you'll be hankering for. You'll find your head swaying back and forth to the beat of "Hard to Say Goodbye" and feel the cool breeze to the sounds of "Million Miles Away." Whether you're out driving or prepping for a late-night afterparty cool down, Mister Mellow is the right one to give a buzz to get those grooves out pumping.

From a vocalist of a J-Pop group

Is this how Julia Child got starte...