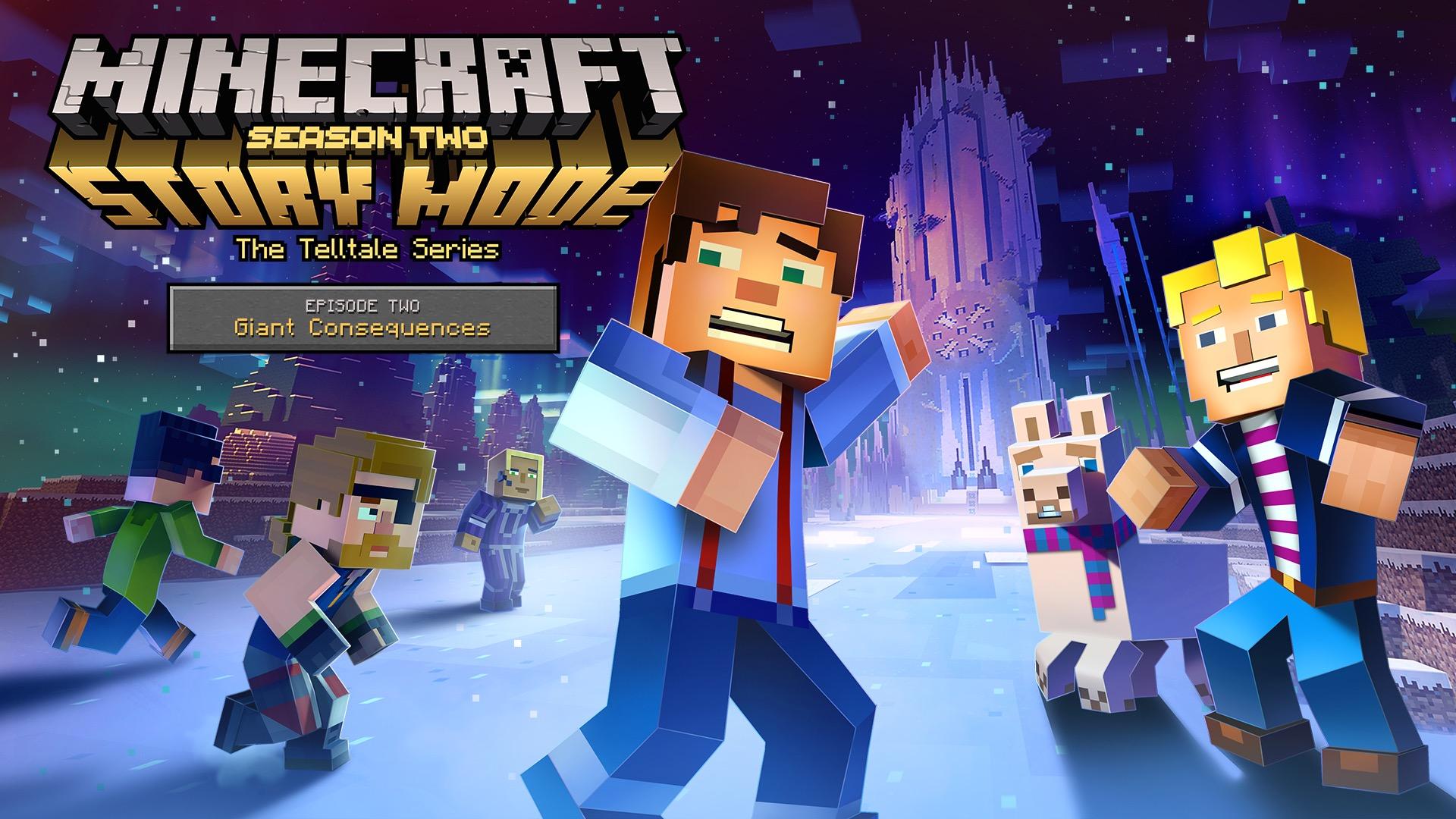 I'm getting the feeling that Telltale Games has learnt their lesson regarding Minecraft: Story Mode. After starting Season Two on the right foot with "Hero In Residence," it was clear that they wanted the scope of Jesse and the rest of the gang to be bigger. So naturally it feels fitting that Episode Two of Minecraft: Story Mode would begin with its title namesake: "Giant Consequences".

Coming back from the previous episode, Jesse is standing face-to-face with a towering giant known as the Admin. Threatening to destroy Beacontown, the Admin challenges Jesse to a fight, resulting in a David Vs. Goliath-styled match that ends explosively. However things don't go back to their previous peaceful times, as the Admin -- now in the form of a cranky snowman -- threatens the town if he doesn't accept his challenge: reclaiming his giant clock from his ice palace. From there, the dangers become ever apparent. 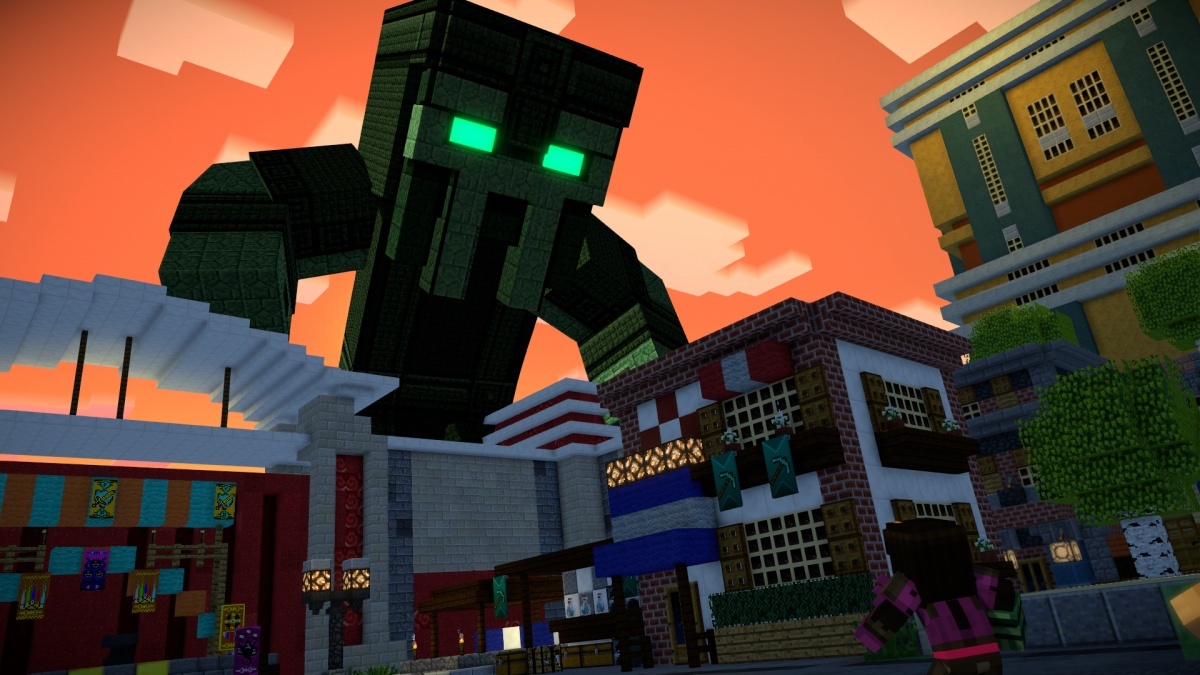 "Giant Consequences" feels like the most interactive of Minecraft: Story Mode's episodes. While there have always been instances of battling zombies & strays, the addition of a couple mini-games helped to make this episode feel more exciting than the previous ones. Even battling against creatures and a massive pumpkin-headed monster made me feel like I was about to be treated to a "Game Over" screen at any moment. It can get overwhelming at times, but for the most part what Jesse, Petra, and the rest of the crew goes through surprisingly left me at the edge of my seat.

Although I am happy when a game has a massive ensemble to play with, it often felt cluttered dealing with seven characters for one mission. It was hard trying to get a linear perspective as to who and what their intentions were during the challenge. The addition of Radar, who could be overbearing at times, and the llama-loving Stella made the storytelling aspect feel a tad more complicated than before, resulting in a story that tries to fit way too much into the pathway between Point A and Point B. 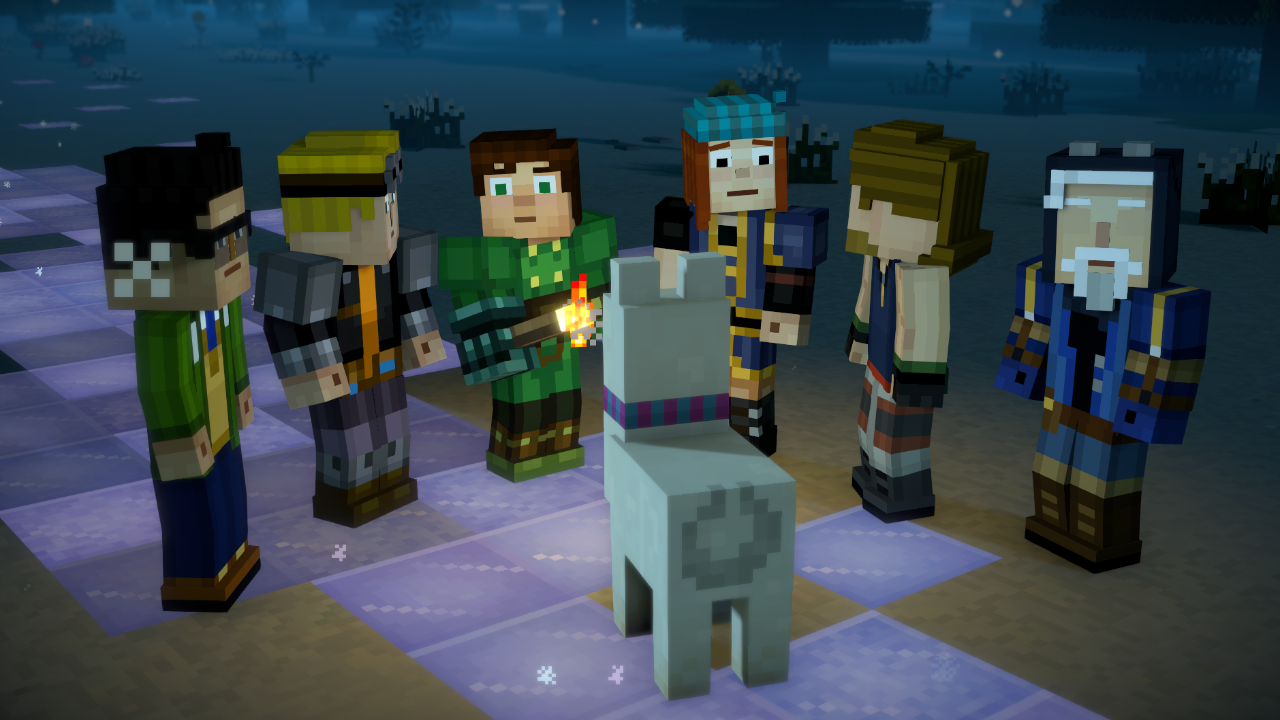 Despite its crowded cast, "Giant Consequences" definitely sets the tone for what's to come. This isn't looking to be a tale of gather of friends like The Order of the Stone, but rather a single individual's journey to find what they want in life and who they are destined to become. Jesse is already a hero, but what happens when the hero wants to settle down and be a community person rather than an adventurer? Considering how things end in this episode, we may find ourselves in quite the existential journey to what it means to find purpose in one's own world.

While there were some issues story-wise, "Giant Consequences" delivers on one of this series' better gameplay experiences. It's apparent that Minecraft: Story Mode is traversing a much different path from its first season counterpart, which helps to keep Jesse's world far more unique than some of Telltale Games' other series. What the Admin has planned for Jesse, we have no idea, but one thing's for certain: Minecraft is about to dive into one dark place for its players to bear witness to.

Background Noise: The Aviary by Galantis - With a positive vibe and an uplifting attitude, the Swedish electronica duo returns with their sophomore release. Their poppy vibes, influential lyrics, and powerhouse vocals & beats help to keep the party going long and fast, while at the same time embracing each individual with tender, love, and care. It's a jungle in such tracks as "Call Me Home," "Hunter," and "Pillow Fight," but its their collaboration with ROZES in "Girls On Boys" that reaches a level of soul-grabbing pop that the industry desperately needs. It's a perfect escape, especially when you need to get away from adventuring for a time and take a well-deserved chill pill.

From the Death Note movie director

From a Nazi stooge