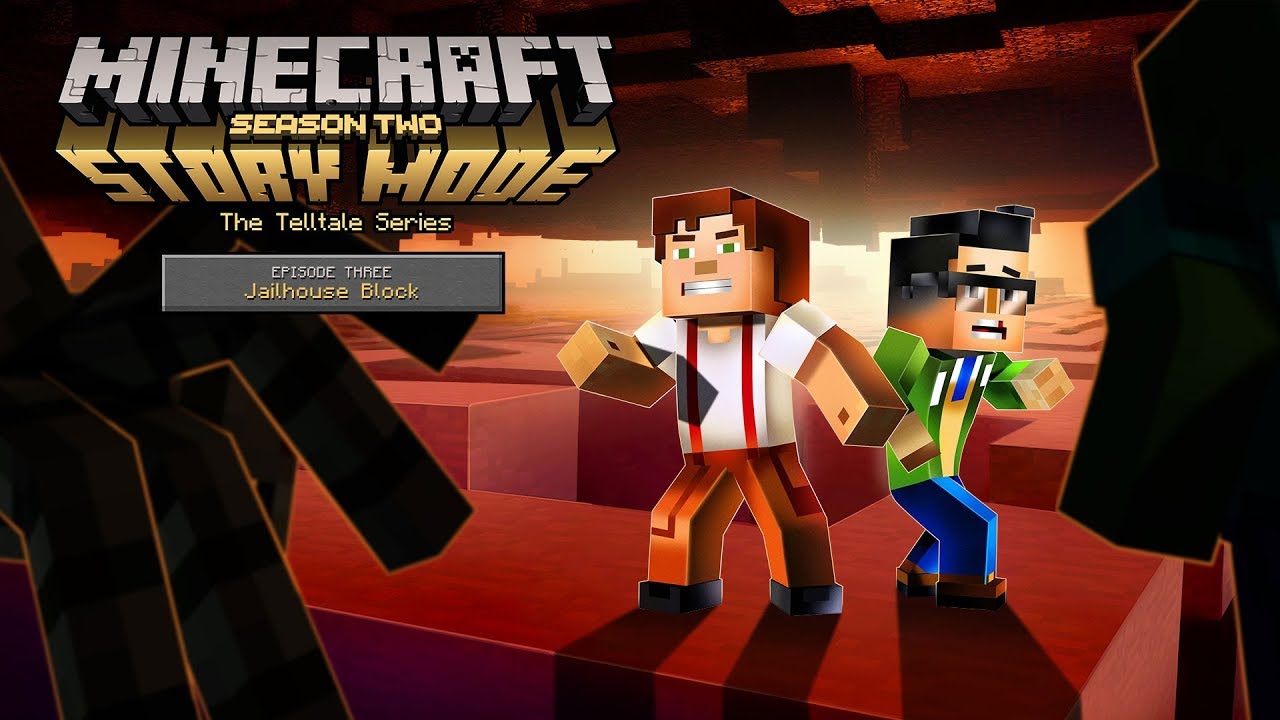 In the last episode of Minecraft: Story Mode, Jesse found out the hard way why it's best not to piss off an all-powerful being. Awakening to new surroundings, the slayer of the Wither Storm discovers quickly that the path to peace is one long hard road out of Hell. Thankfully that path is filled with familiar faces, hungry "guests," and a story that -- while a little bloated, manages to still be entertaining.

"Jailhouse Block" places its entire setting at the Sunshine Institute, a location the Admin throws those whom he doesn't quite get along with. Either as a "guest" or the Warden's Associate, Jesse searches for clues on ways to get out. A muttering of Prisoner X leads toward a solution, but not without some serious consequences. However the answers desperately needed will require Jesse to make some questionable choices. 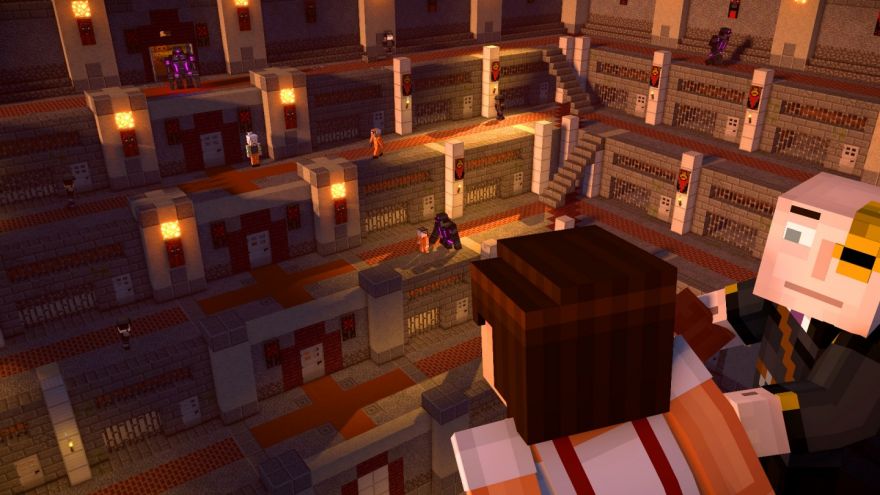 What makes "Jailhouse Block" an interesting episode is seeing how far Jesse will go to protect his friends. Depending on what sort of path you take, you'll wind up either a model Associate or a influential "guest," with someone else possibly getting the blunt of the trouble along the way. When I made my initial decision as to how I would traverse the Sunshine Institute, I found myself making choices that -- while helpful to my friends -- could've been seen as a form of brown-nosing to authoritative figures. Similar to playing an episode of Telltale's Walking Dead adaptation, a right decision in this episode of Minecraft: Story Mode can result in some unsettling (albeit silly) consequences.

For the most part, this episode nicely sets up what could lead to the endgame between Jesse and the Admin. However there were some parts that did feel like they dragged a bit more than they should've. Fellow "guests" had some questionable back stories, and while they were there as one-off characters it would've been nice to see them share some sort of similar ground to Jesse and his confrontations with the Admin. Nevertheless you did get enough to understand how they -- and even the Warden -- have been suffering down in the Sunshine Institute. 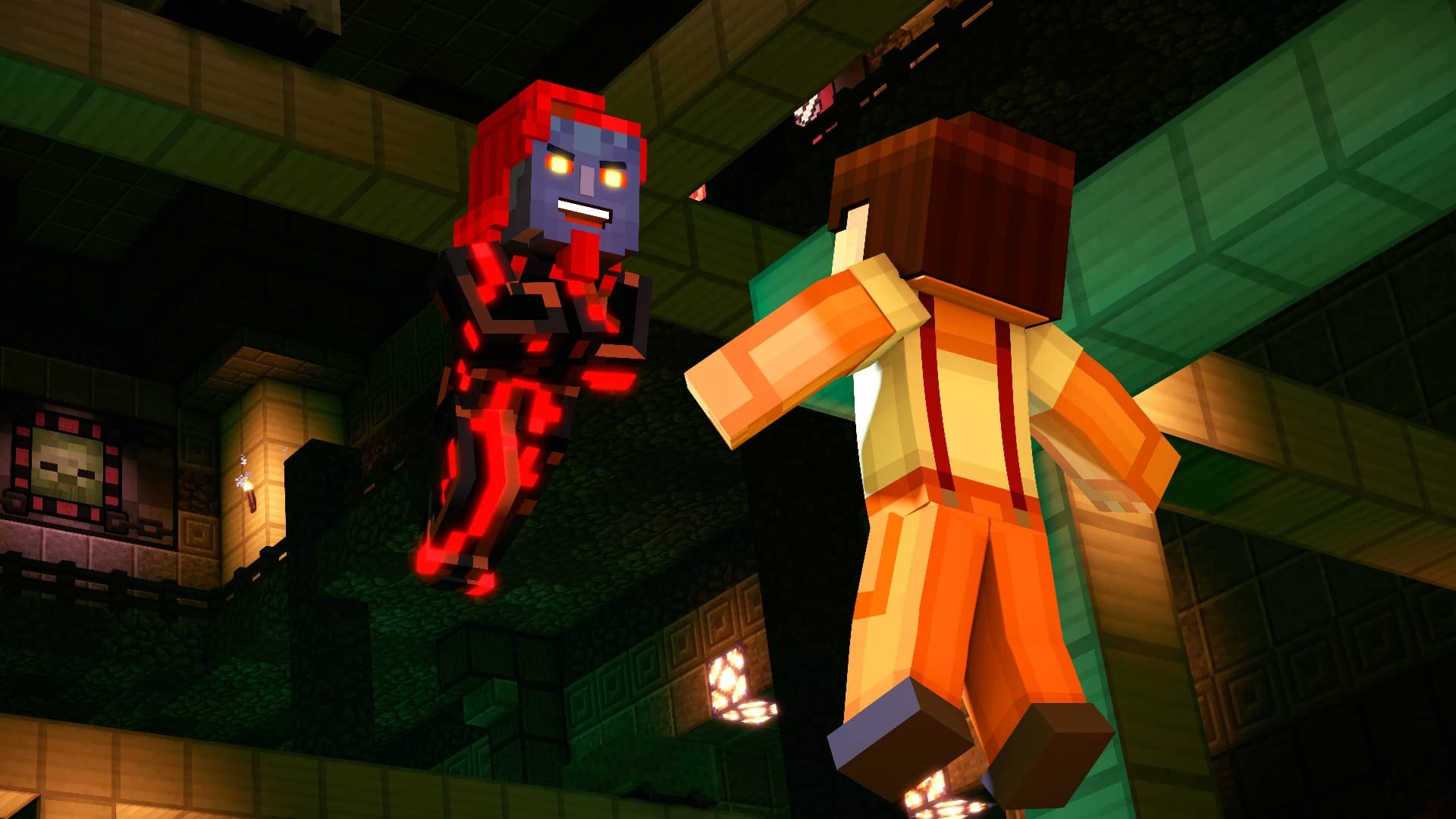 Despite that, there were a couple bugs in the game that kept me from having it played to my tailored experience. When I loaded up "Jailhouse Block," it somehow ignored some of the choices I made in "Giant Consequences." While it didn't affect my play-through too badly, it did mess up my game plan regarding how I was gonna treat one of the lesser characters in the game.

While "Jailhouse Block" had its moments, one cannot argue that it had some issues with its pacing. Still for what it's worth, the latest episode of Minecraft: Story Mode manage to set itself up right for what will hopefully be a long-fought battle between a creator and a noble speck on the world he crafted. Dark times may be falling on this beloved world, but not without some wit and life-saving adventure.

Background Noise: Outrage! Is Now by Death From Above - With the 1979 dropped from their name, the Toronto-based punk duo's third album screams for a revolution. What results is a handful of torches & pitchforks thrown at the listeners' eardrums, with songs like "Caught Up," "Moonlight," and "All I C Is U & Me" putting the metal to the flames to forge a massive headbanger. Lacking any sort of calm, Outrage! Is Now is riot-inducing, something that the Admin would never allow to blare in within the Sunshine Institute walls.