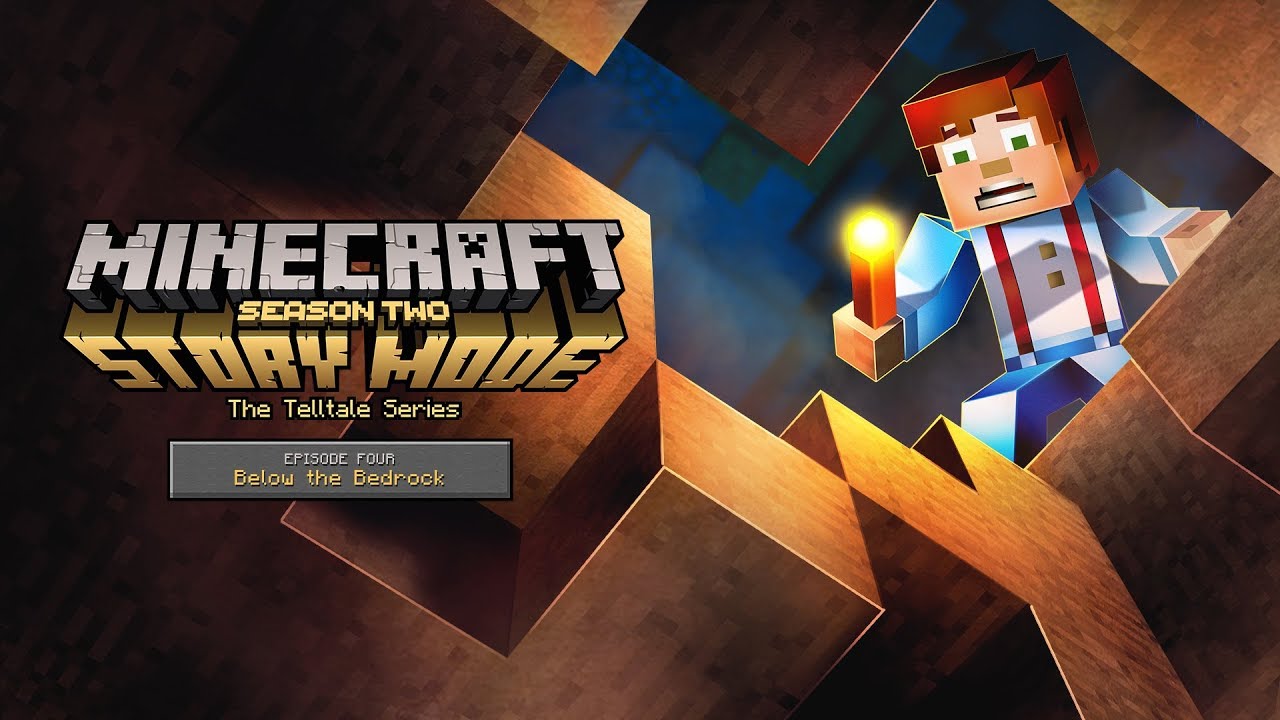 I'll admit: Until today I never really could relate to Minecraft: Story Mode nor its original world-building counterpart. It's not that I don't feel anything for these characters, but even at its best I just couldn't look at someone like Jesse and see myself in them. Perhaps my problem was that I should've kept my attention towards one of their friends instead, as evident in the latest episode "Below the Bedrock."

Continuing onward from "Jailhouse Block," Jesse and the gang reach a world known as the Underneath, which was sealed off by the Admin many a year ago. Their new ally Xara explains that a weapon created by her friend Fred will be able to take down the Admin, who once went by the name Romeo. There Jesse comes across a village that worshipped Fred, and through some challenges finds an opportune moment to discover new secrets that will open the minds and eyes of everyone familiar with their lore. 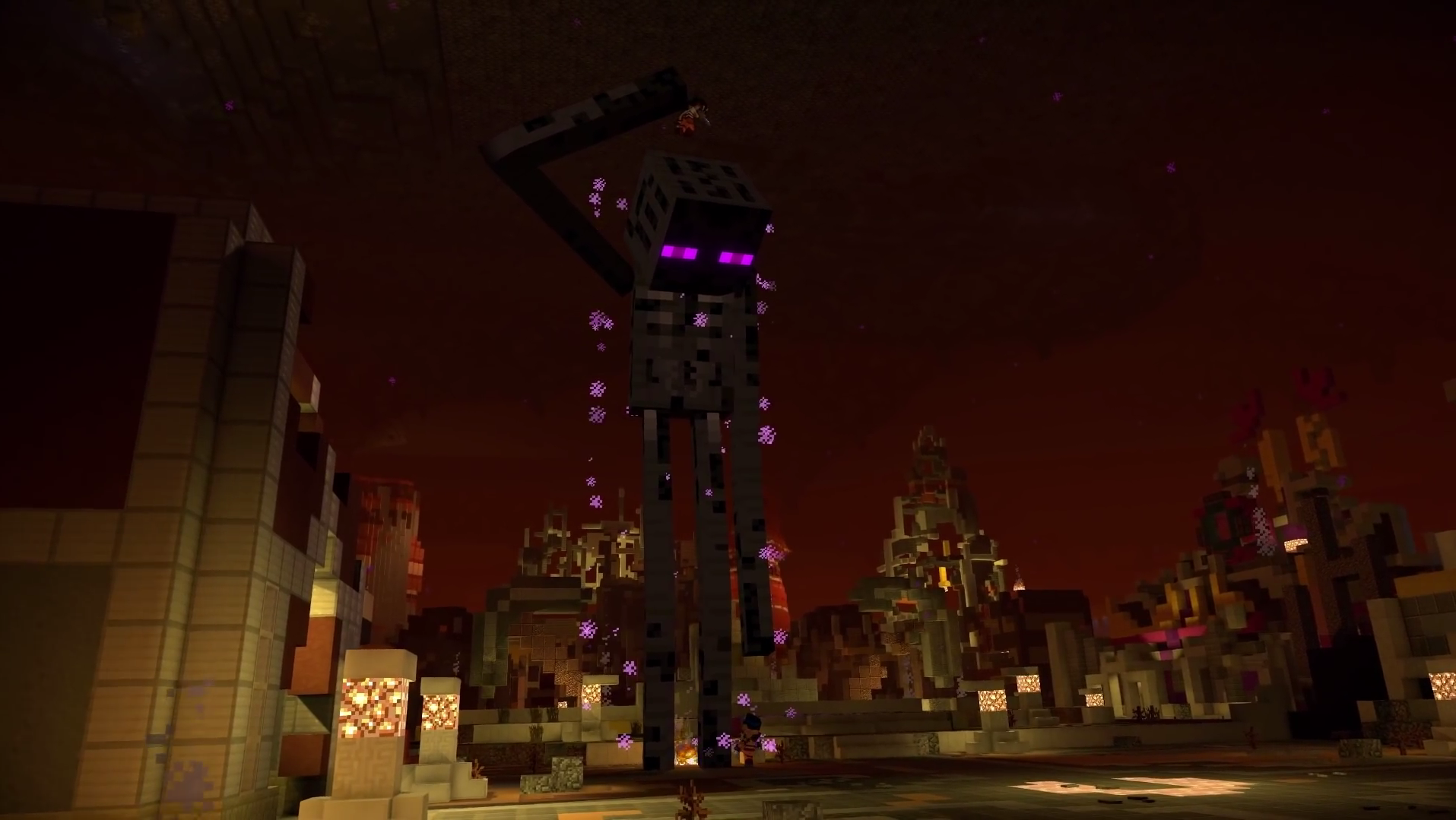 What I appreciate about "Below the Bedrock" is that it somehow finds a way to humanize the Admin. Although some may scoff whenever anyone does that, it gives players the chance to find out more about Romeo, and why he may have lashed out and turned his heart black. It also dives into the turmoil that both Jesse and Petra are going through. Like what happened to Romeo, Fred, and Xara, their friends have moved on from their time as The Order of the Stone, with Petra panicking about losing touch with those she cares most about. For blocky characters, this is the most human conversation I've seen in the series thus far.

Of course, not everyone has up and left their side, with the return of one main character from the first season. I don't wish to spoil who it is, but their presence added a much-needed boost of lightheartedness that this season wasn't really showcasing much. Needless to say, I'm hoping that his character has more screen time in the next episode. If not, then it was good just seeing them again once more. 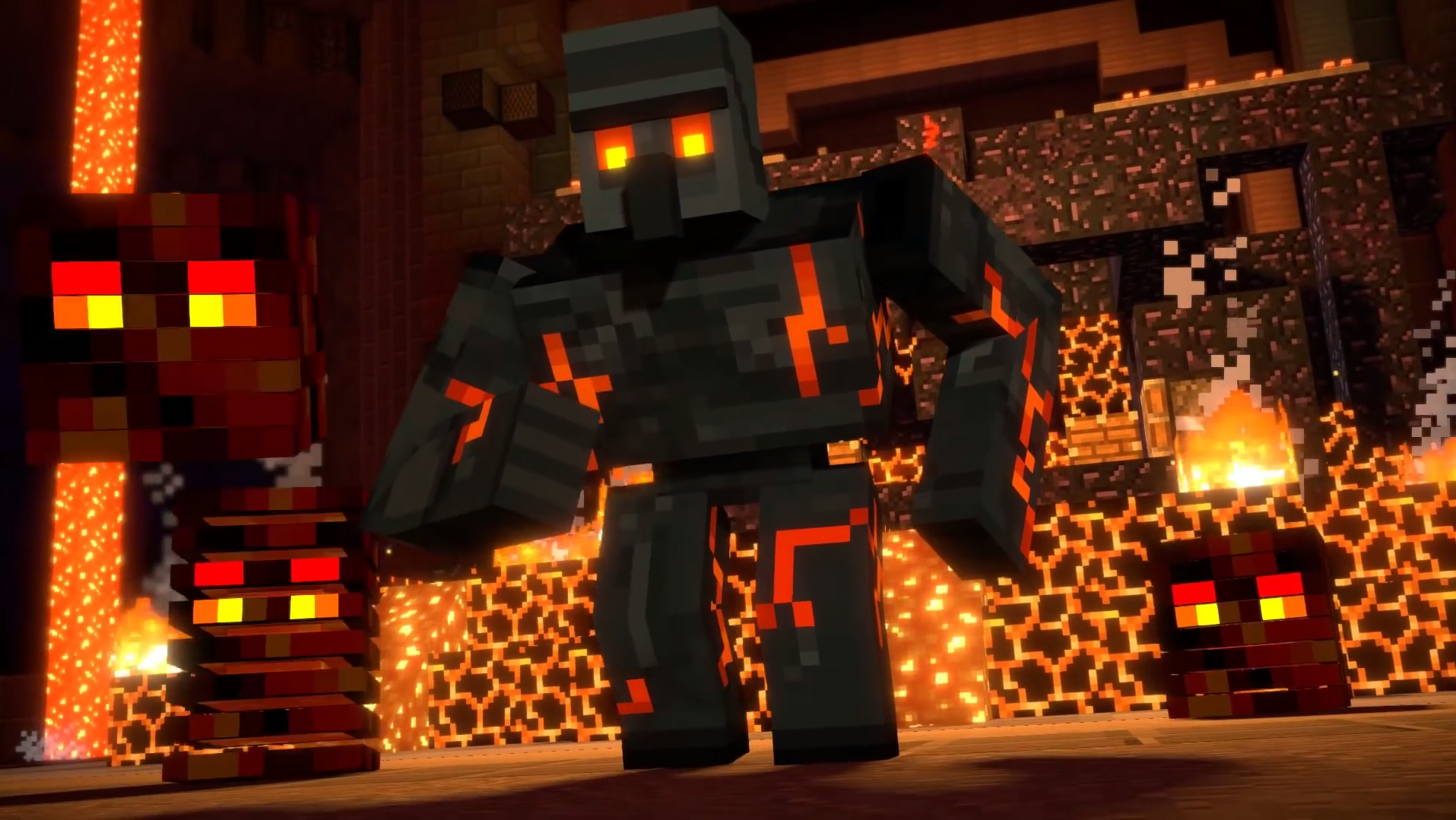 Surprisingly there's a lot more action being showcased in "Below the Bedrock," with battles against Creepers, spiders, and a giant Enderman resulting in some challenging mechanics. I appreciate that Telltale Games is trying to put more of these elements in their games, as it adds a lot more variety to their gameplay. However if I was to complain about something in Minecraft: Story Mode, it's that the swordplay can be rather slow with the button-to-action reaction. Because of this, I actually wound up dying a couple times in battle, something I never thought was possible in this game.

Thanks to its more humanistic approach to dialogue, "Below the Bedrock" wound up being more memorable than it deserves to be. With the finale of Minecraft: Story Mode just around the corner, this episode helped to set the mood for that final confrontation between Jesse and the Admin. Let's hope this improvement continues onward and pushes this season to continue outshining its predecessor.