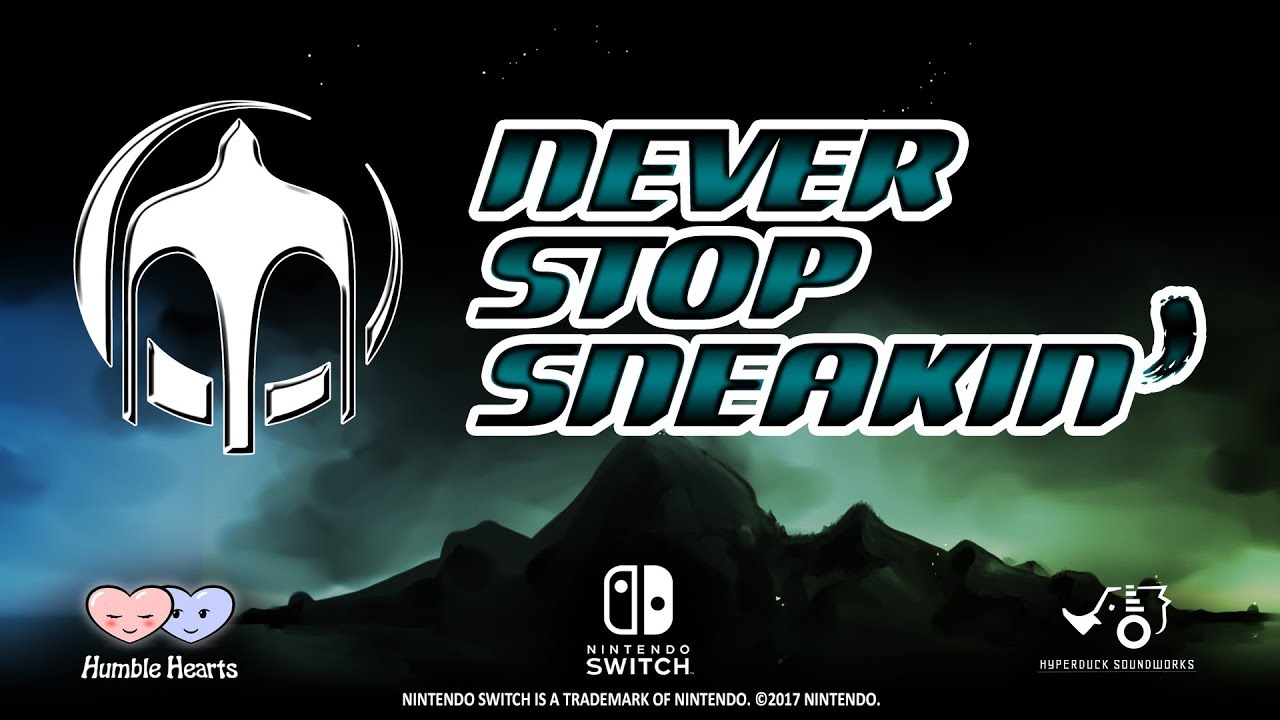 It's been nearly five years since Humble Hearts first hit the gaming realm with Dust: An Elysian Tail. The side-scrolling adventure about an anthropomorphic warrior and his adorable sidekick wound up wowing me so much that it took my Game of the Year spot in 2012, beating out the likes of Grand Theft Auto V and the first season of Telltale Games' The Walking Dead adaptation. Their latest game Never Stop Sneakin' may not be as awe-inspiring as their previous title, but there's something about it that keeps me coming back for more.

With a story straight out of an Axe Cop comic, Never Stop Sneakin' has you working with the Department of Sneakin' on a very important task. All the Presidents of the United States have been kidnapped by master criminal Amadeus Guilderstern (and yes, even the bad ones). You are to infiltrate Guilderstern's many bases, hack their systems, and rescue various soldiers that can help build up your secret underground base. 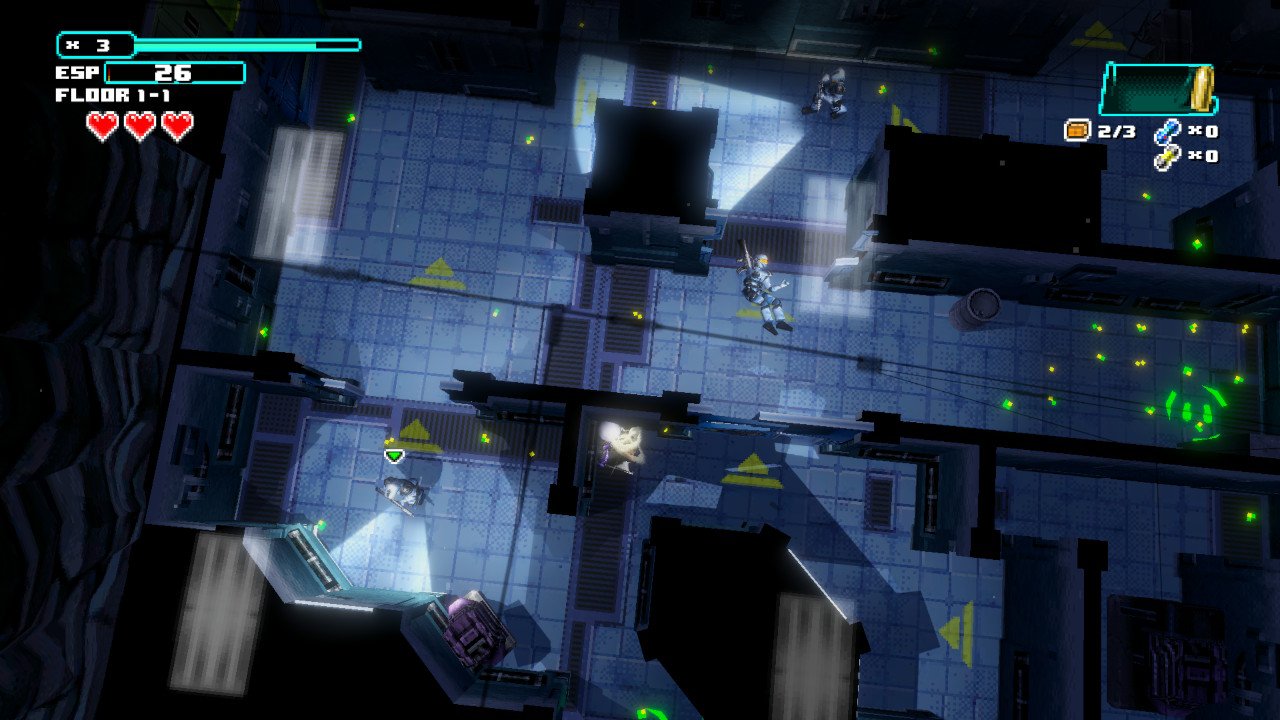 It should be noted that the gameplay aspect is probably one of the easiest setups in gaming history. Using either the left stick (or the Switch's touchscreen), you maneuver through the bases in order to get to the next section. Sneaking up on enemy soldiers, turrets, and infrared cameras will help to hone your stealth skills, as well as make you look extra cool for the big man in charge. Being unable to sneak up on them will result in you using up bullets or frags, many of which can be found on other soldiers or scrimmaging through lockers and locked areas.

Of course, the biggest draw to Never Stop Sneakin' is its story. Paying homage to the classic Metal Gear franchise, the game playfully focuses on silly banter between your characters and even Guilderstern himself. What follows is a tale that would seem perfect for Jim Abrahms to adapt into a third Hot Shots! movie, with the Leslie Nielsen-like boss Major Milestone complaining about how no one uses CD-ROMs anymore or that he bought a brand-new car whose latest model came out just a week later. It may not have something akin to Naked Snake capturing the monkeys from Ape Escape, but its funny bone is as big as its heart. 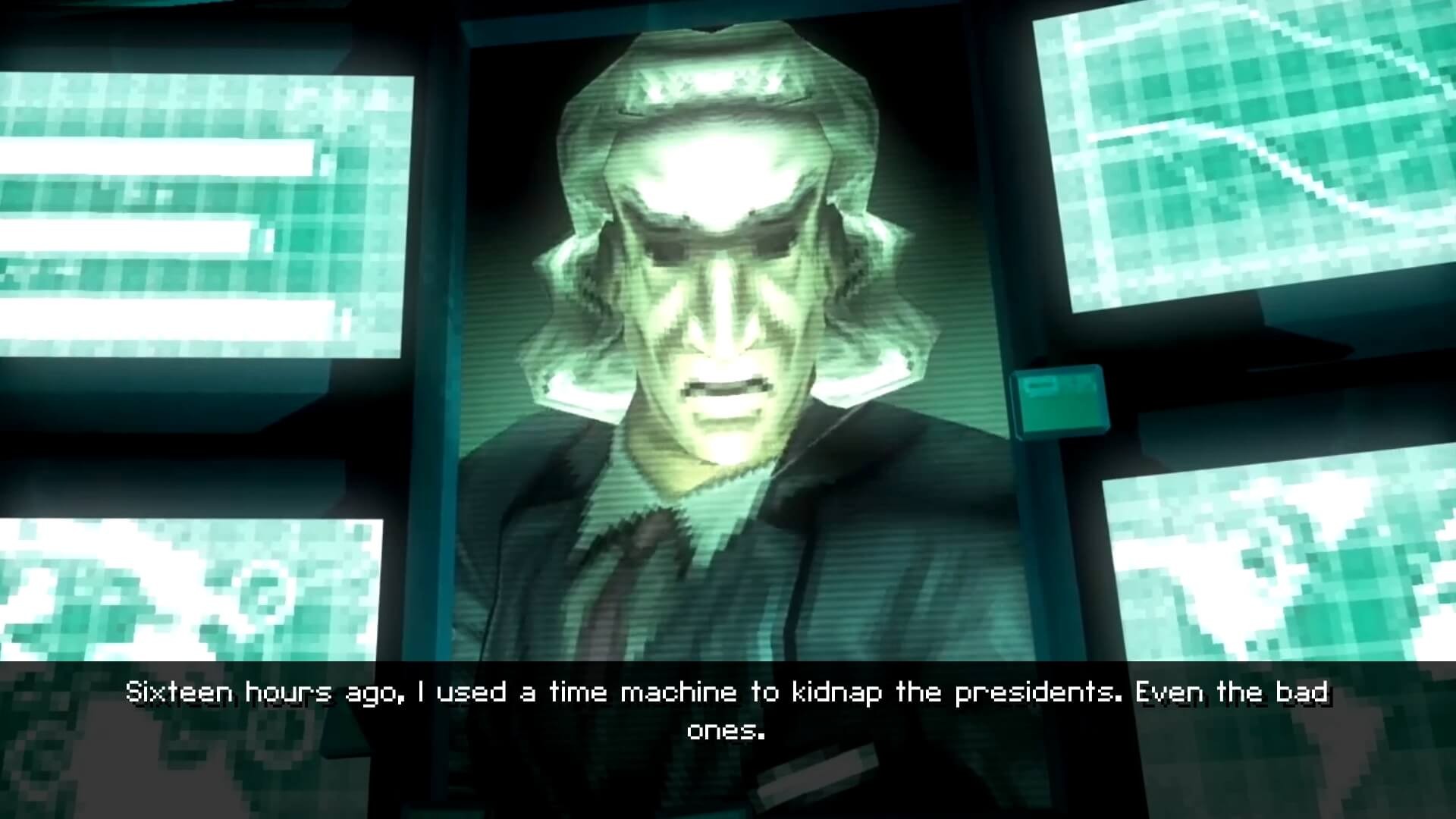 Although the maps change all throughout the game, I cannot help but feel the game suffered through too much repetition. Very rarely did I feel like I was given a real challenge in the game, resulting in my playtime feeling more half-assed than usual. Because of the additional weaponry I'm given in case sneaking wasn't an option, I never quite felt a true threat throughout the game. Even with some upgrades and more enemies to deal with on higher levels, the amount of times I felt the need to strategize my movements I could easily count on one hand.

And yet, there's this charming sort of aspect to Never Stop Sneakin' that kept me coming back for more. While not a visual spectacle like Dust: An Elysian Tail was, this game's PlayStation-era visuals was warming throwback to a time when the evolution of video games was just getting more blockbuster-y. Even with its flaws, this is a fun game to turn on here and there to kill some time in-between meetings and appointments. Yes, it does have a sort of mobile game mentality to it (especially with its touch controls), but it delivers a lot more enjoyable moments than most of the more microtransaction-filled titles as of late. 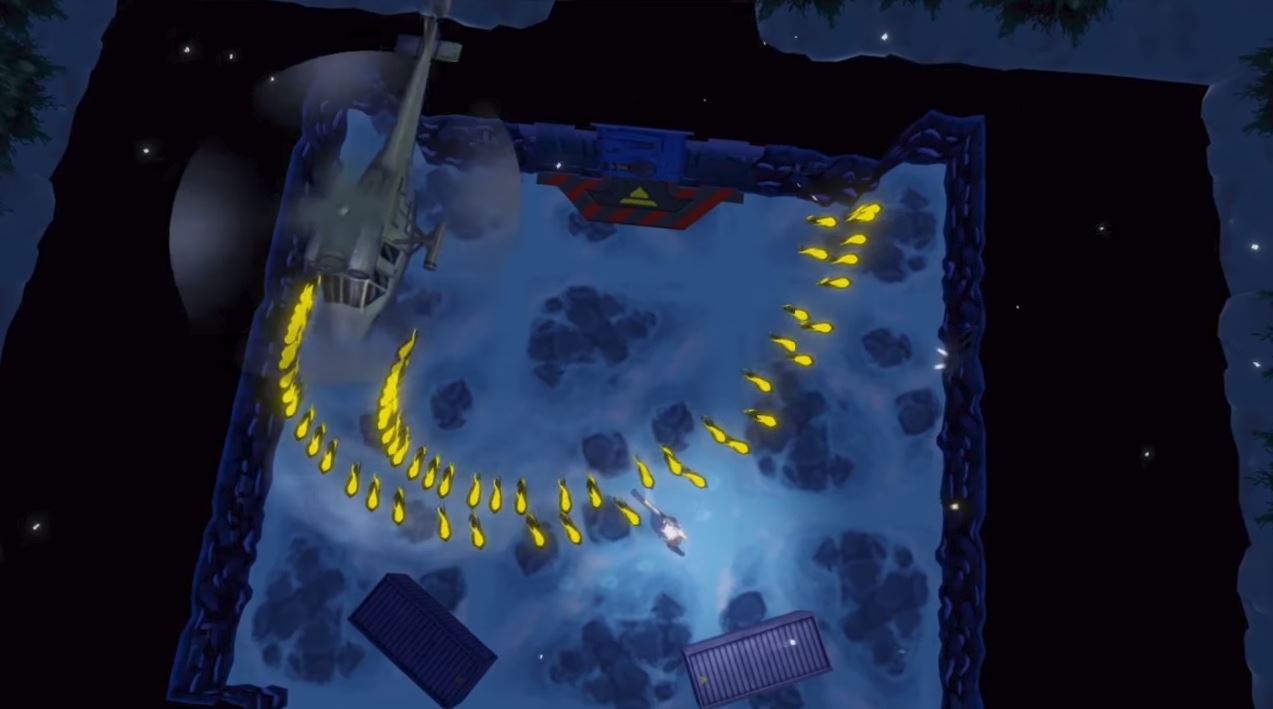 One of the funnier aspects of the game is the ability to unlock new characters and weapons that are somewhere along the lines of ridiculousness. Although I don't wanna spoil some of the more sillier combinations in the game, I will say this: you can play as a helicopter wielding two bananas! If that image doesn't put a smile on your face, then I fail to see you having any joy in your soul whatsoever.

Never Stop Sneakin' may not be the kind of game one would expect from Humble Hearts, but its overall presentation makes it worth checking out. While it does suffer from some repetitiveness, the mission to save all the U.S. Presidents (even the bad ones) makes the game worth experiencing as a whole. Those hoping to see more of Dust & Fidget may have to wait awhile, but for now Never Stop Sneakin' will tide us over just a bit much longer.

No House, No Podcast