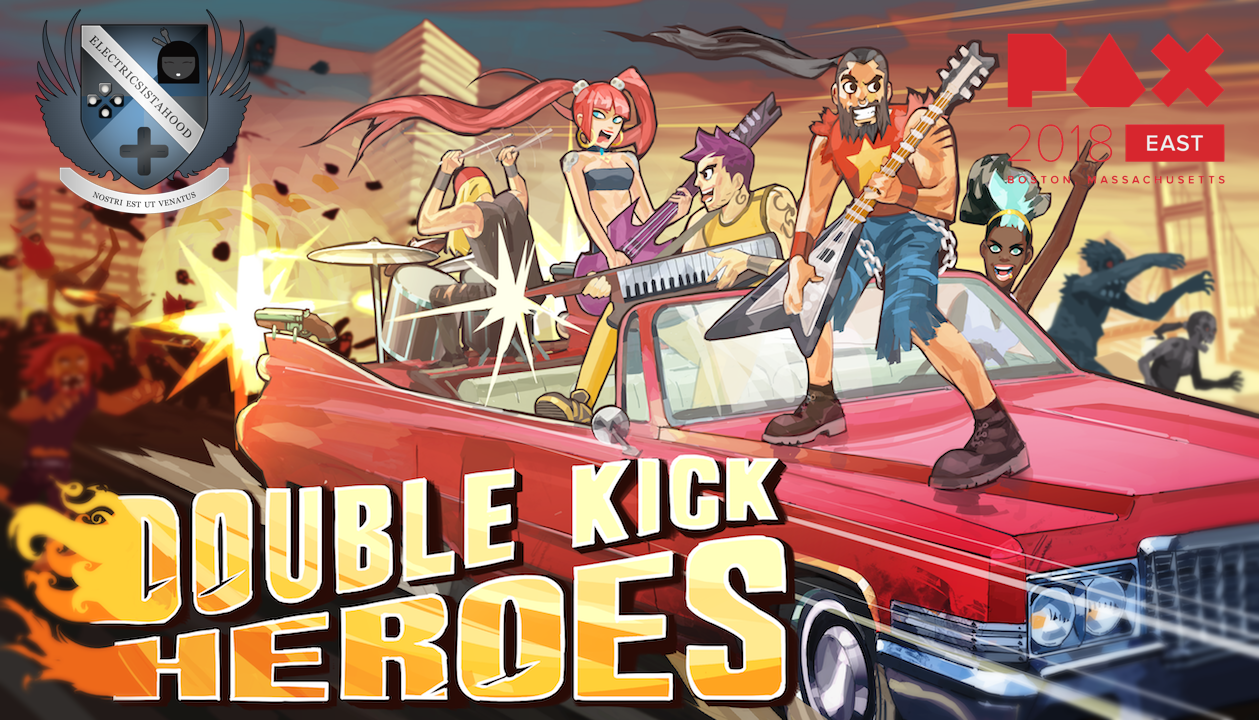 It's a scientifically proven fact that the only way to stop the zombie apocalypse is with the power of heavy metal! (Hell, how do you think Iron Maiden got Eddie as their mascot?!) So it's rather surprising that a metal-based zombie game has taken awhile to come up from the ground and snatch gamers with its raw vocals and power ballads! That's where Headbang Club is seeking to rid this issue, with their rhythm-based game Double Kick Heroes.

Taking the war against the undead on the road, Double Kick Heroes has you controlling a tour truck that has our metal heroes jamming away whilst killing zombies. By pressing the buttons to the beat of the song, you'll be literally going all guns blazing as the running, rotting corpses behind you are turned into chopped liver. However, mess up too many times -- or attempt to just button-mash your way through the level -- and your guns with start overheating, forcing you to wait it out and risk having your face be a zombie's appetizer. Early levels will hold your hand as you play through, but when other weapons like grenades come into play (or you're given the ability to swerve your vehicle in-between lanes), that's when the challenges start to pile up. 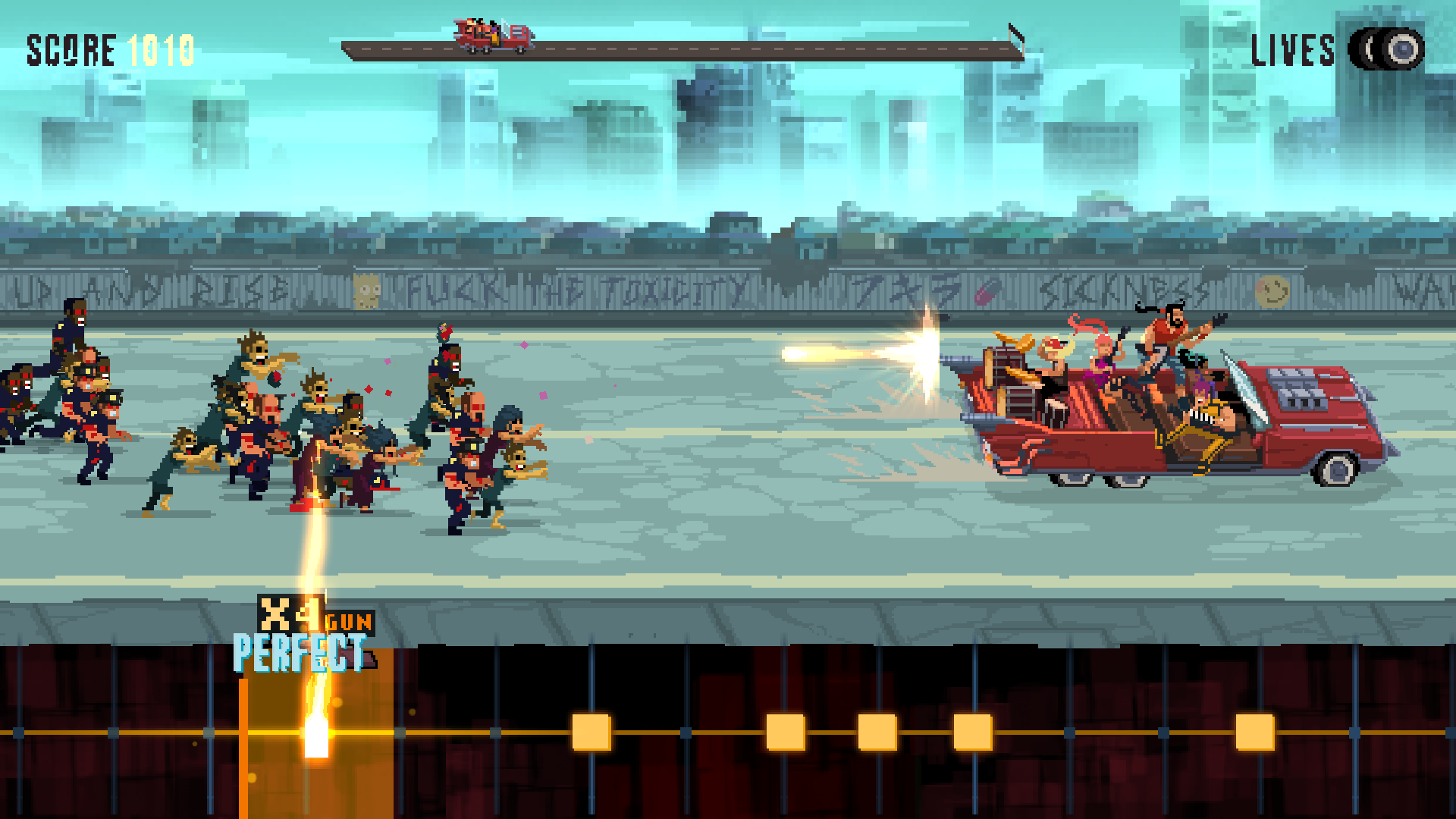 Playing this game is very much like the Guitar Hero/Rock Band titles of the world, where -- in fact -- you can actually use one of their instrument peripherals to lay waste to the undead that's chasing you. It's one of those games where the most nimble of fingers will guarantee victory, and unlike the fighting game genre, the quickest movement overtakes any sort of strategy that you think may be required to succeed. Very fast-paced, Double Kick Heroes never wants to slow down when it comes to outrunning the zombie hoards or when it's time to lay the sickest drum solo imaginable!

The main game will feature eighteen levels and three boss fights, but the fun will not end there. Players will also be able to create their own levels using their own music collection, which will come in handy for those thinking Double Kick Heroes was lacking in Motörhead or Kreator. If you feel confident enough to think you've crafted a great level, you can then share them with friends or the online community and see if they're able to master your undead ride through Hell. All that's missing from this game are some sweet groupies and an endless supply of Jack Daniels for the after-party! 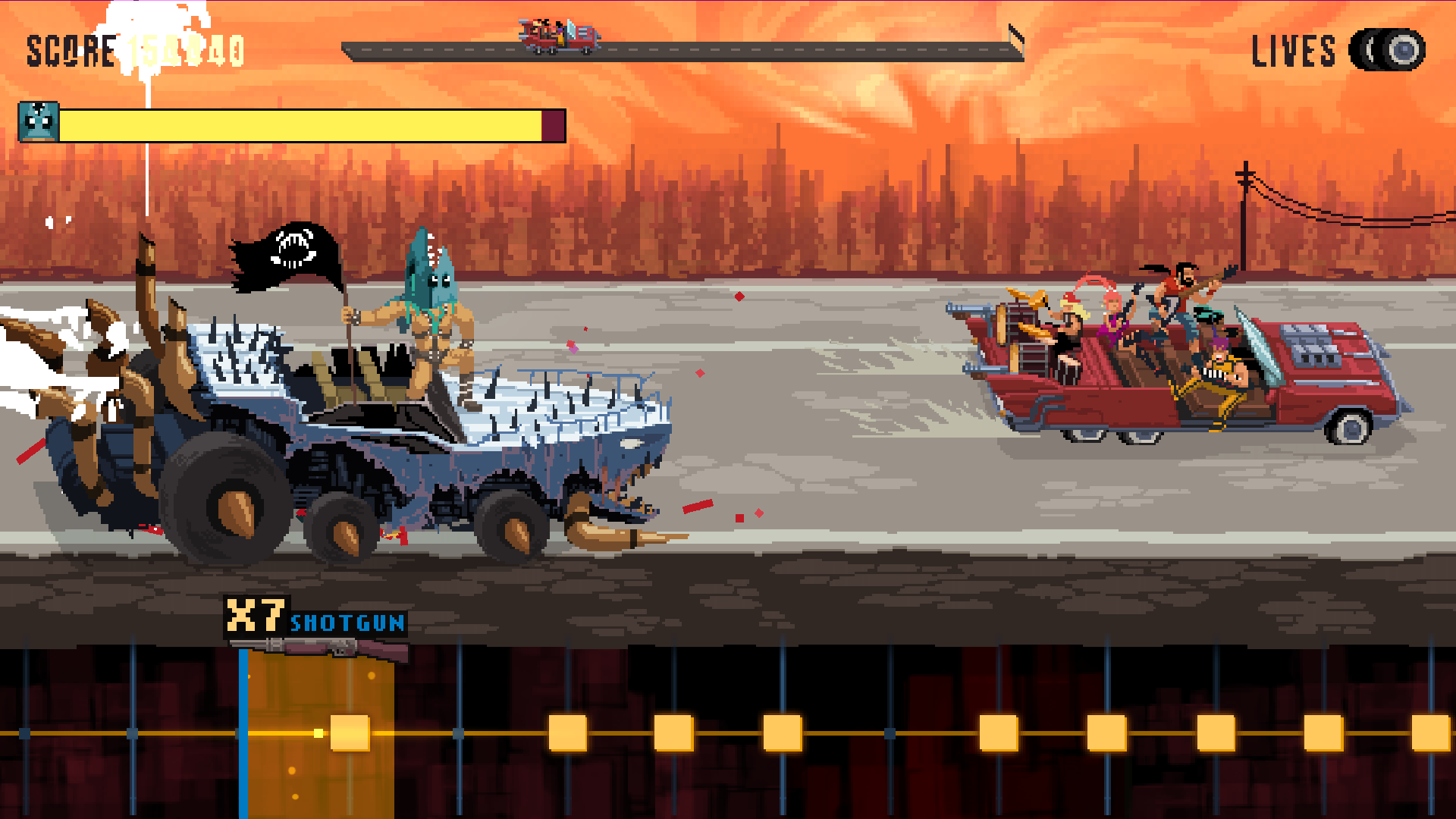 Double Kick Heroes will be available on Steam Early Access later next week.