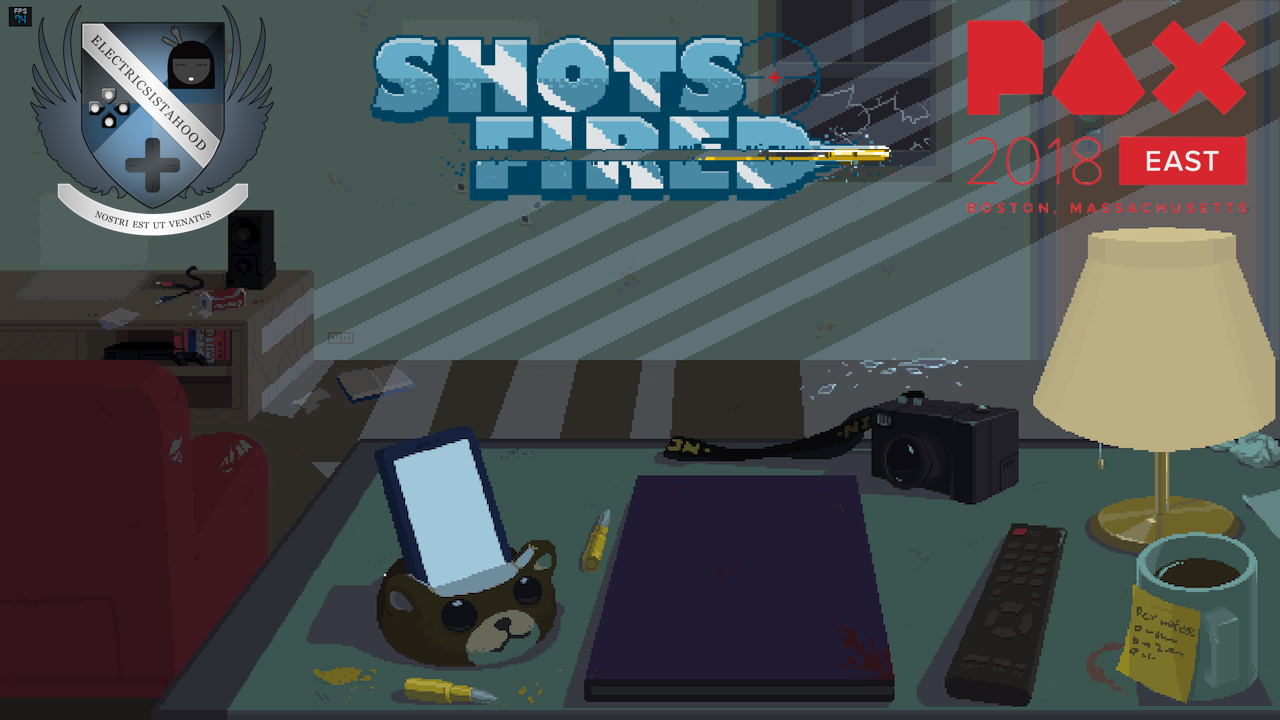 Stories about assassinations and kidnapping is always a serious affair, be it in TV, movies, or video games. Perhaps that's why Manila-based developers Chryse saw a challenge of bringing a more humorous twist on these kinds of tales, with their upcoming FP-ASS (or first-person assassination simulator) Shots Fired.

Showcased at the Another Indie booth at PAX East, my time with Shots Fired had me mostly dealing with my time before I got my hands on a sniper rifle. You play a character who is trying to avenge the death of his emoji-friendly wife and save their kidnapped daughter. Before we can have our own share of blood on one's hands, you start working at a meme-friendly website as you take pictures of foodies, smokers, meth dealers, and even the occasional celebrity. It's when you start tracking down the suspects of your own crime when you are finally handed your choice of death machine. (Of course, you'll need to make enough money first to buy one.) 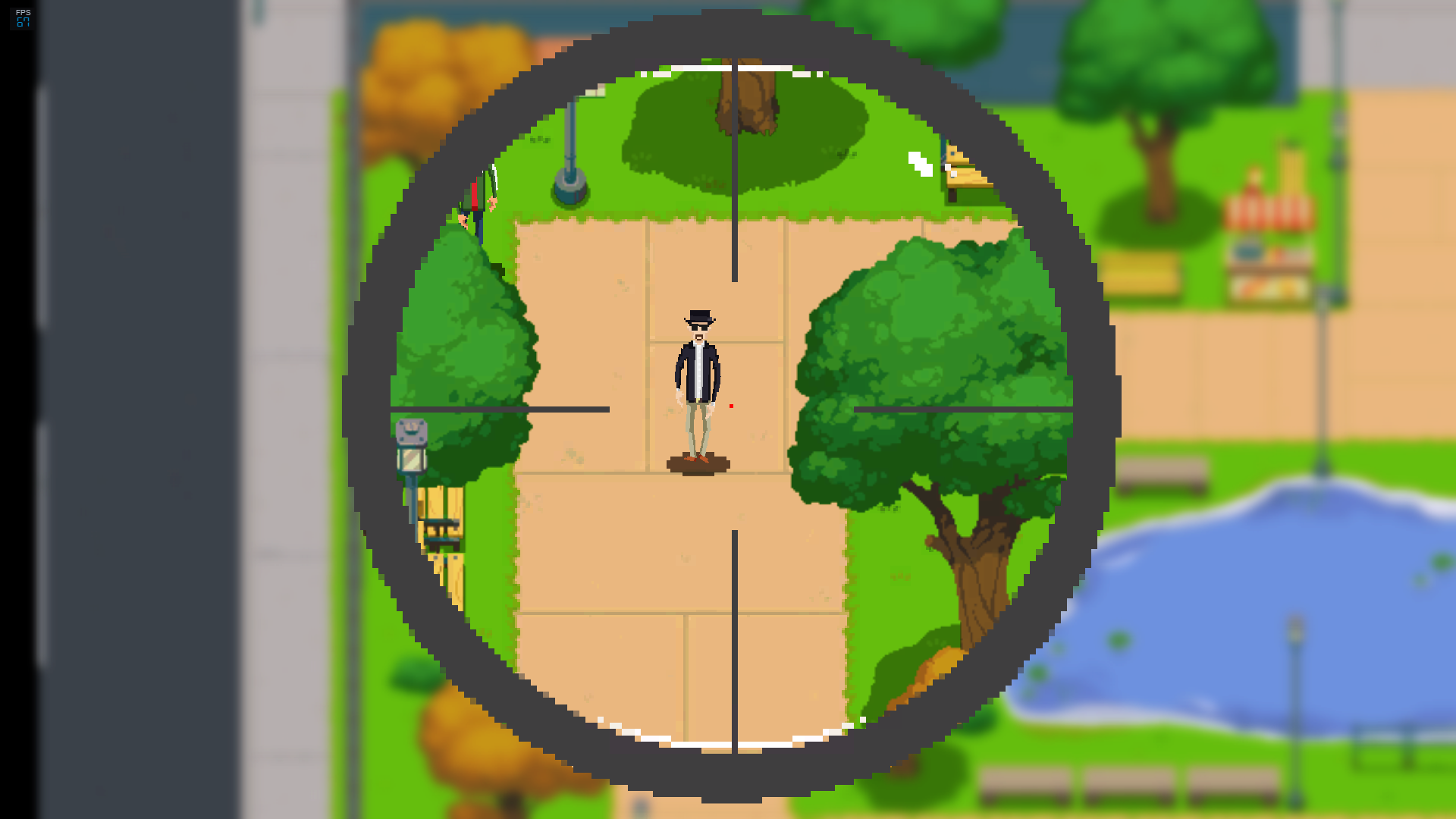 Most of the retro art-styled game has you seeking for characters in question in a sort of Where's Waldo-based seeking system. For pictures, you have many chances to take the right photo, but only a minute to do so. The same goes for when it comes time to assassinate someone, with one major difference. Once you take the shot, you need to get home and evade the cops as quickly as possible. This is presented with a top-down mini-game that has you attempt to twist, turn, and ride as fast as you possibly can in order to avoid having the cops on your tail.

Although my time with Shots Fired was short, it gave me a strong impression of what Chryse is attempting to do with this game. The demo had its share of fun moments, and its humor was pretty entertaining. However I am curious to see how the gameplay and its story will evolve as this title progresses, as it does have potential of being a lovely (and darkly funny) indie darling. 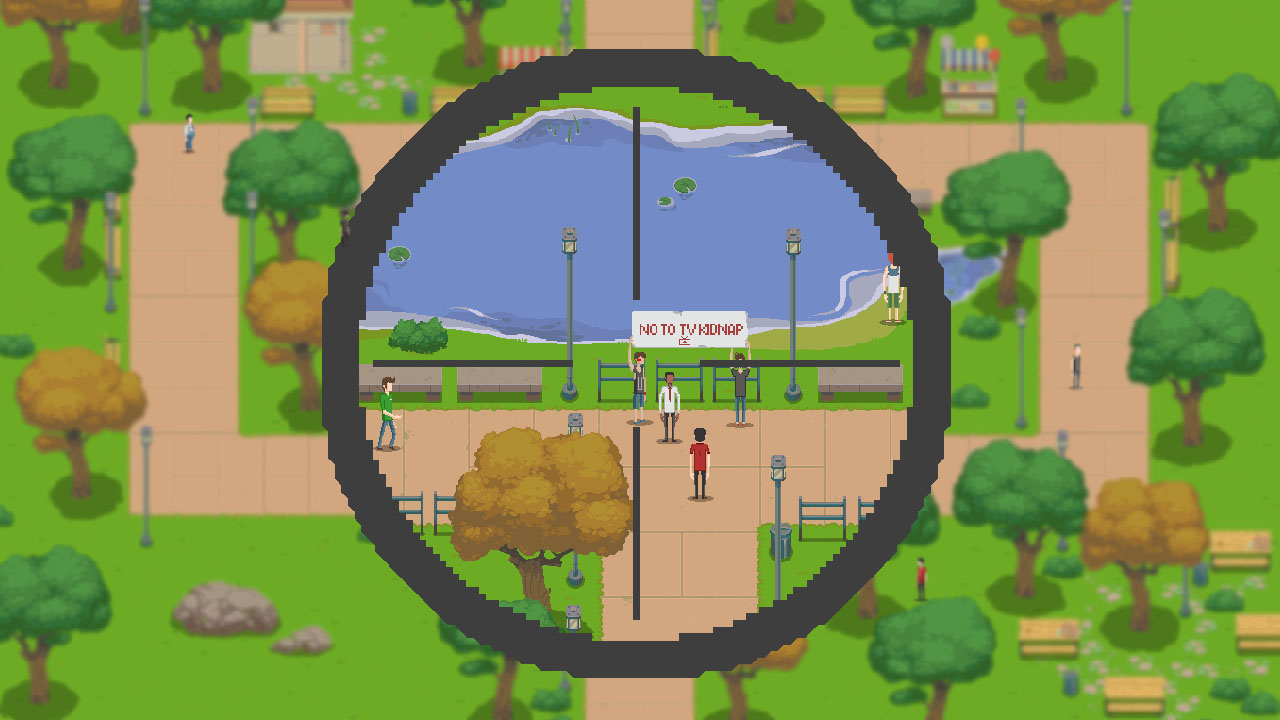 Shots Fired will be available on PC later this year.