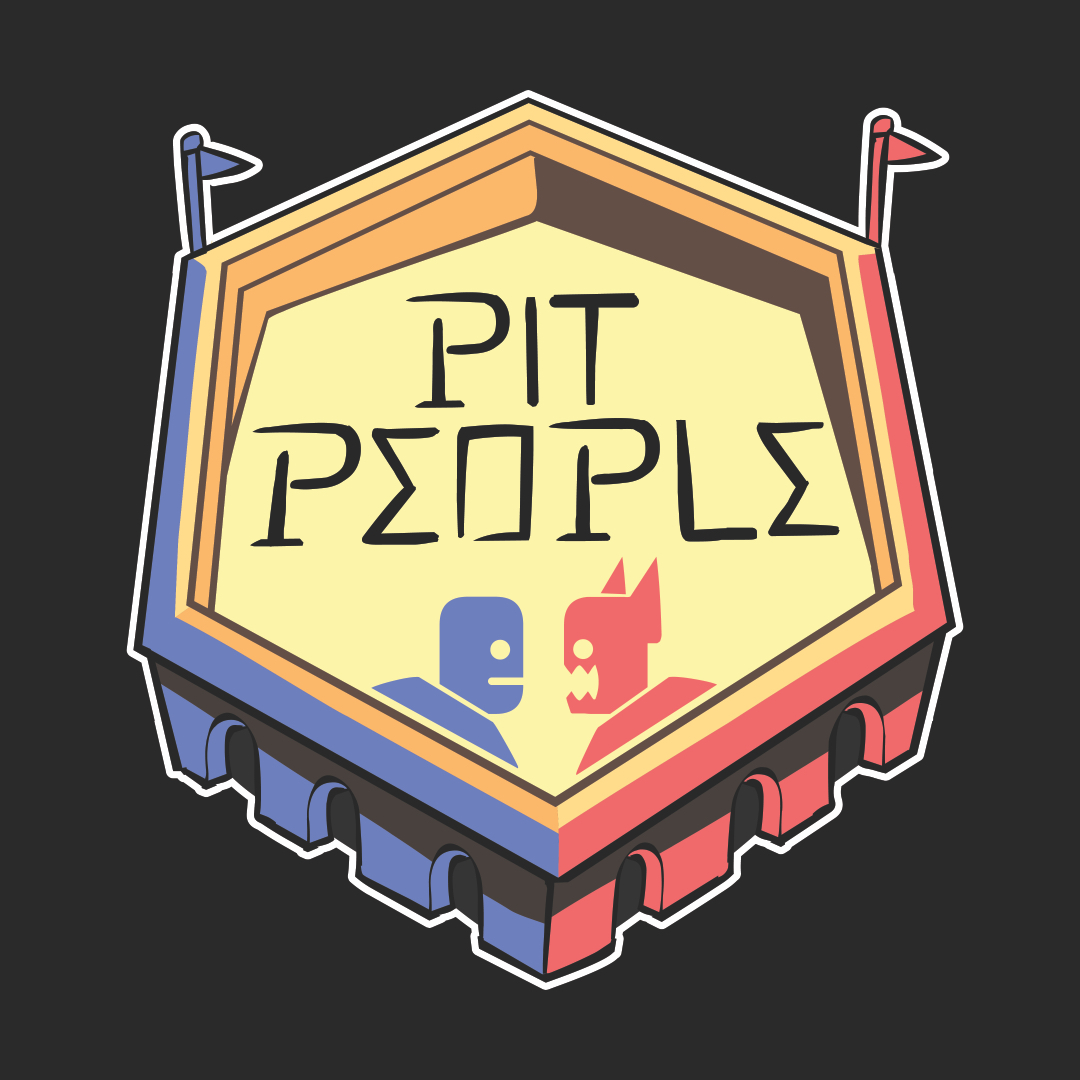 It really hurts the heart when you have to go after a game developer that you hold near & dear. The works of The Behemoth have brought me nonstop laughter & joy in such works as BattleBlock Theater and Castle Crashers. However, while I do approve of a company trying to do something different, their latest title Pit People goes to show why some developers need to stick to their trademark formula.

A turned-based strategy game, Pit People has you take control of a berry farmer named Horatio. The game's narrator, a very ill-tempered space bear, wants to kill him for his personal whimsy, only for the simple-minded mustachioed hero-to-be to be quite the strong adversary. So the space bear does the next-best thing: kidnap his son Hansel, and force the now-homeless farmer to wallow the world without happiness or iced cream. That's when Horatio finds some allies in the guise of a cyclops, a conquest-hungry explorer, local princess, and a talking cupcake, and with their powers combined, they seek to reunite the dumb father with his even dumber son. 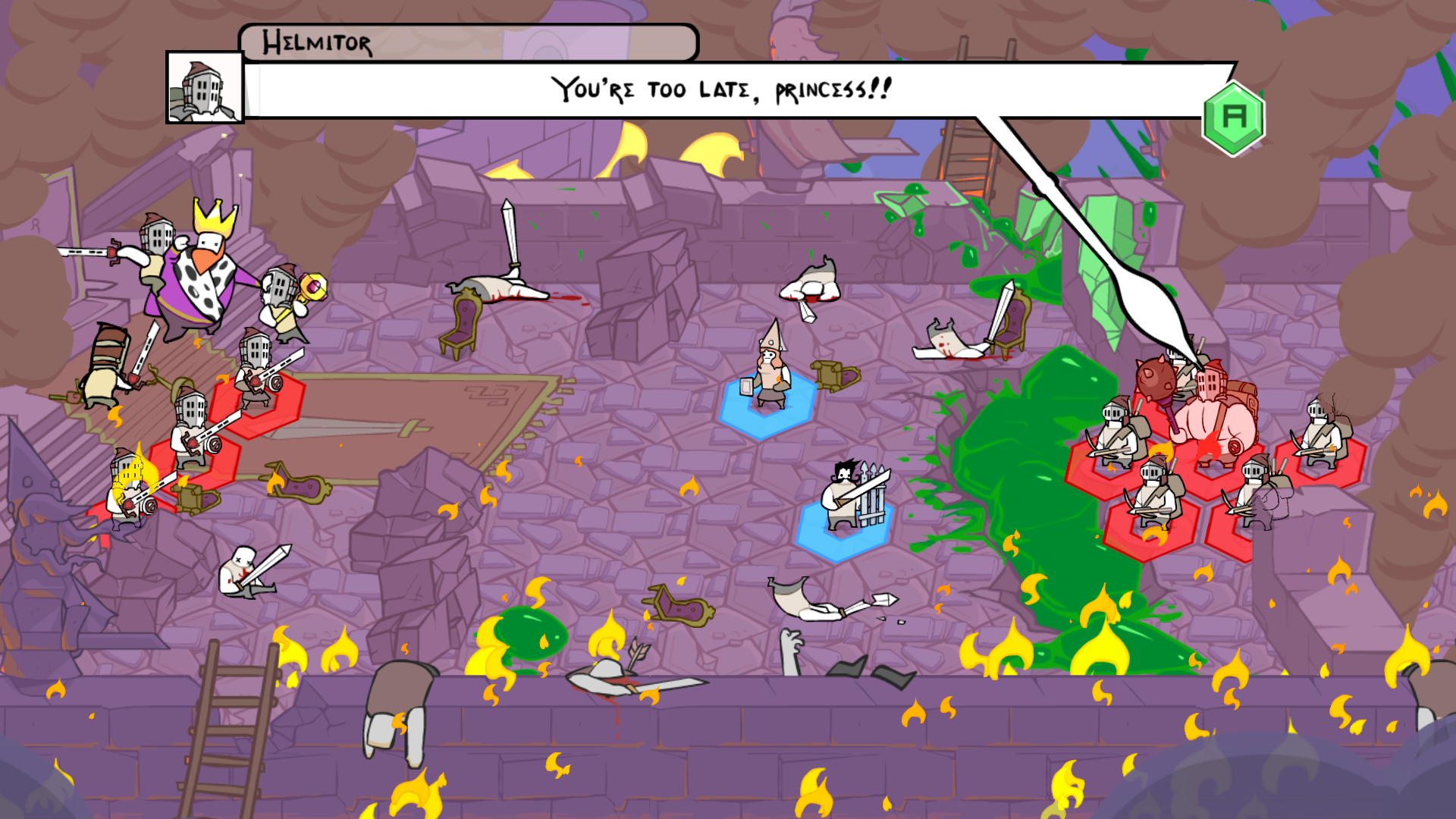 On the surface, Pit People looks to be pretty fun. With The Behemoth's trademarked visuals in tow, the game is chock filled with the zaniness and absurdity that these guys are known for. Watching as the space bear openly mocks Horatio whilst the characters argue in an adorably silly fake language never got old. When new villains like Jerkimedes and Madame Megabat make their entrance, what they add is more delightful to the funny bone than anything else. The game is unapologetically goofy, and I couldn't ask for more when it comes to that department.

Sadly, it's in the gameplay where I wish there was more to be had. Playing the game via a hexagon-styled strategy adventure, players set their characters up to thwart the opposing forces that stand in their way. Like a game of chess, you'll have to choose the right path for each character depending on the strengths, weaponry, and defensive aspects you've given them. Soon after you gets those ducks all lined up, it's time for the combat to begin, where you can kill (or even recruit) your foes in a fight to the death. 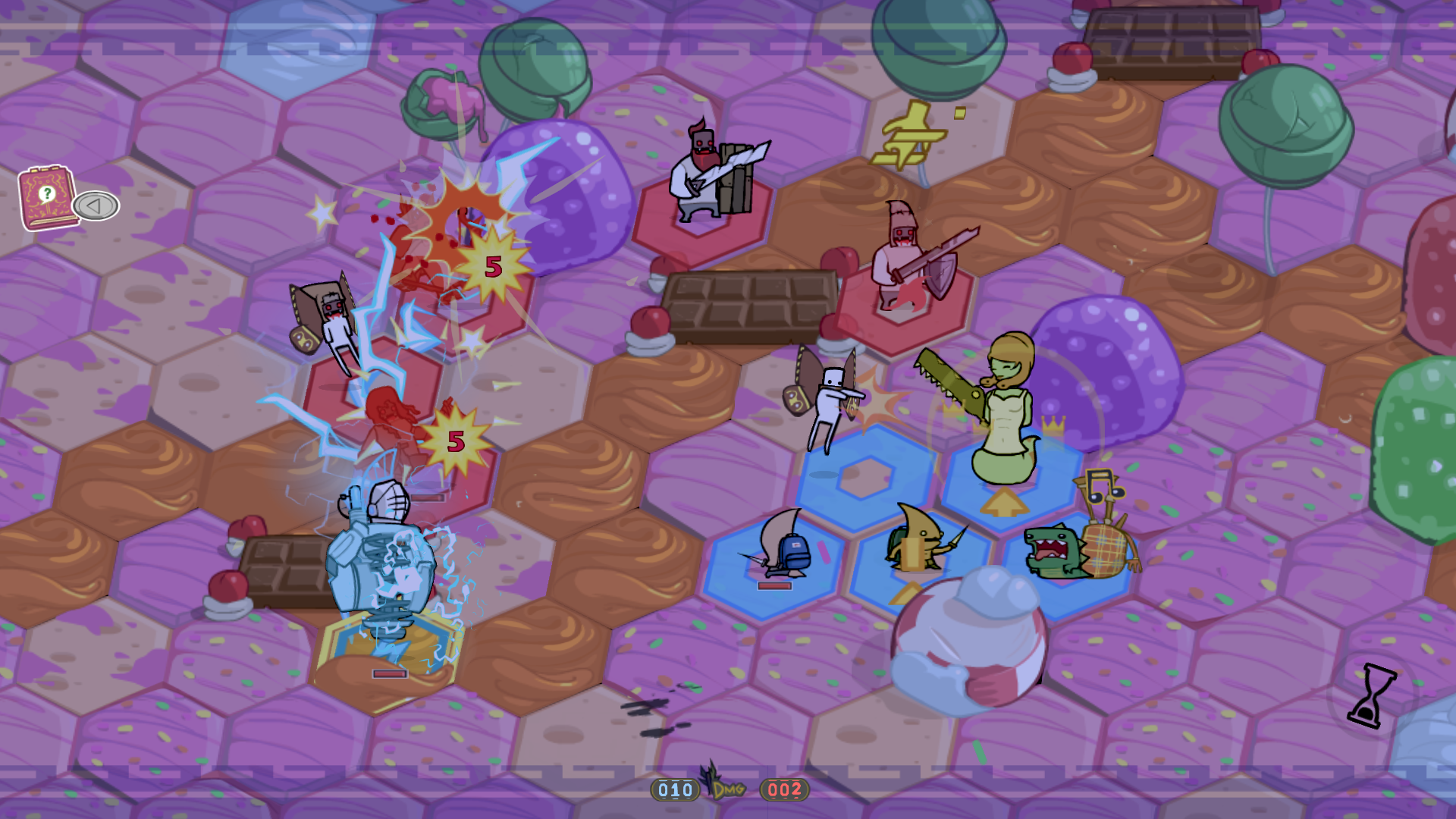 This is where Pit People falls from its gracefully funny tree, plopping down on top of a snooze-fest bush. Watching these characters beat one another up is not only very tedious, but it gets boring to the point of ridiculous. And for the first time since I started writing reviews, I experienced something that I thought I never would: I fell asleep while playing a game. That's not an exaggeration; I legit nodded off for half an hour with controller still in-hand due to how tedious this game's system was presented.

For a video game to make me conk out while playing it should sound any warning sign to players all over, as I'm usually the type to find any sort of enjoyment in any game, even the bad ones. But Pit People is one strategy title that not only fails to hold one's attention, but it also snatches away the urge to soldier through to get to the story parts. Even fun levels like Yosef sneaking through the lair of the gods to snatch his other eyeball is hammered down by the poor choices made for the rest of the gameplay presented here. No amount of hilariously cheap poop and fart jokes can mask bad battle implementations, plain and simple. 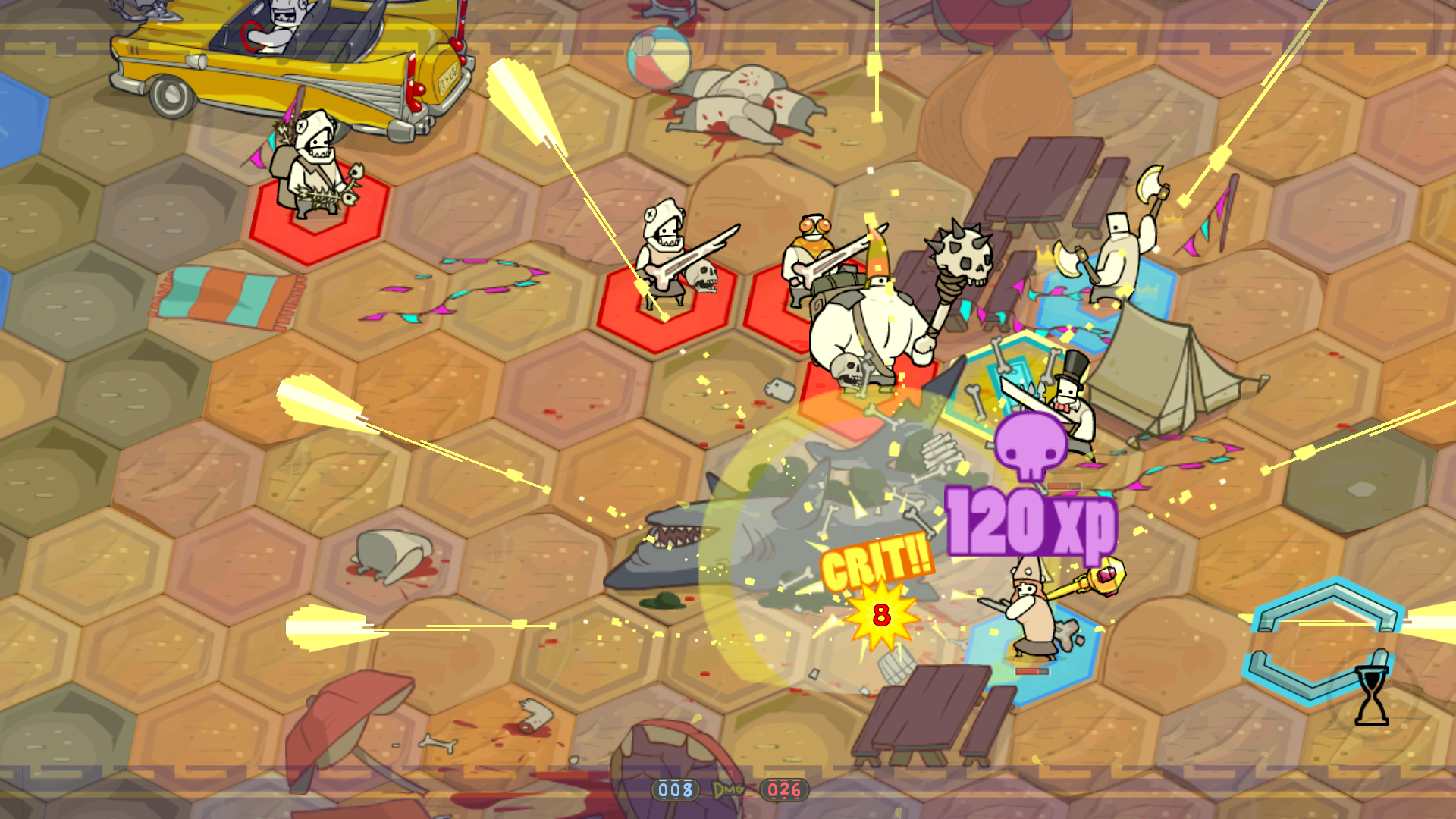 And it gets worse. Because of the difficulty in this game's AI, players will often find themselves having to grind via entering random battles on the world map or take on side quests. The latter has its fun moments, thanks in part to their silly stories and dialogue, but it's more of the same when it comes to the level playing. Perhaps it's a good thing that the game has an auto-fight setup, because it literally allowed me to go off and do something else while the characters battled on their own. (To be honest, I found myself using that option half the time I played it.)

A real shame, as Pit People showcased a lot of potential when it was first under its "Game 4" label. There's a good game somewhere to be found in The Behemoth's latest, but not even its co-op and multiplayer modes seemed to present a glimmer of that potential. It's also cool seeing how many collectibles, characters, masked, weapons, and other goodies for your team you can discover, but -- again -- you have to force yourself through the tedious battles to gain those. (And even then, with the limited space your carriage has, you may be forced to travel back-and-forth from the game's colosseum hub to your recent place of victory many times over to carry it all back!)

While it's good to try something different with one's gameplay tactics, it's another to see it ruin what could've been a super fun experience. Unfortunately, Pit People does just that, taking a very silly game and making it a huge chore to go through. As much as I hate saying it, The Behemoth's latest game is one I can't bear to recommend to anyone, even to our massive space bear demographic.

Promotional consideration provided by Megan Lam of The Behemoth. Reviewed on the Xbox One.