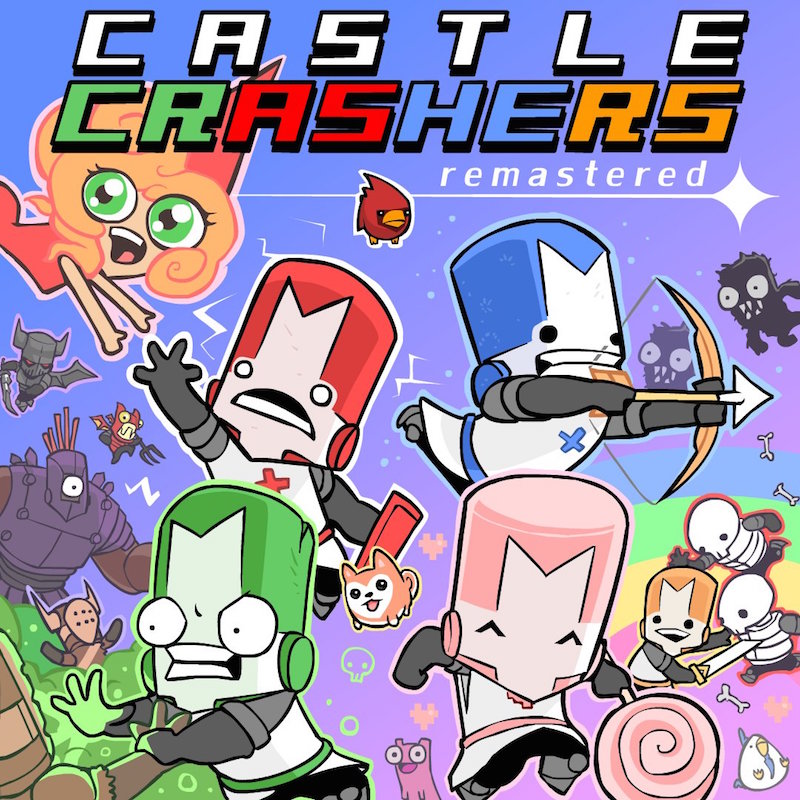 There's a good chance I'll be burnt at the stake for what I'm about to reveal: I never got to play Castle Crashers on last-gen consoles. The second game from The Behemoth (Battleblock Theater), the 2D side-scrolling arcade-influenced hack-and-slasher was the top-selling Xbox Live Arcade title for its 2008 release date, not to mention ran away with many accolades. Seven years later it's still one of the most beloved indie titles to grace an Xbox console, which is why it feels fitting that an Xbox One port would be in the works. After playing it, I realized how much I've missed out on.

Castle Crashers Remastered has up to four players (local or online) going out on a quest to save some damsels in distress. Killing everything that moves, your characters can level up as you trek through the various realms, be it lands of green forests or fiery kingdoms of lava. As with most RPGs you can earn points and stamina to boost up your attacks, defense, magic, and agility. 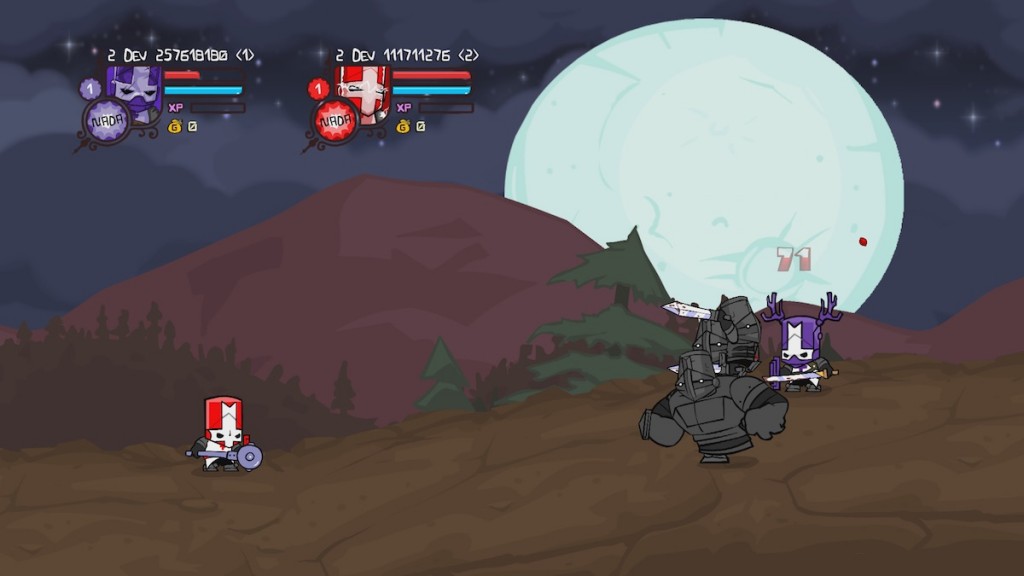 When playing the enemies come in large droves, meaning you'll be expected to button mash in battle whilst you defend your life and the honor of your kingdom. In single-player mode the droves can take loads of time before you can move onto the next section of a level, but it never feels like a chore. Rather this is the quickest way to level up a character, as each hit and kill raises the XP bar until it's time for your number to rise.

As a multiplayer game there's tons of fun to be had as you and up to three local/online players can slay away the time. When in this mode I did notice a rise in difficulty when dealing with the various enemies, as killing one of them took a slightly increased amount of effort doing so. Still when you have at least one other person helping you along this journey tackling all these foes isn't as rough. 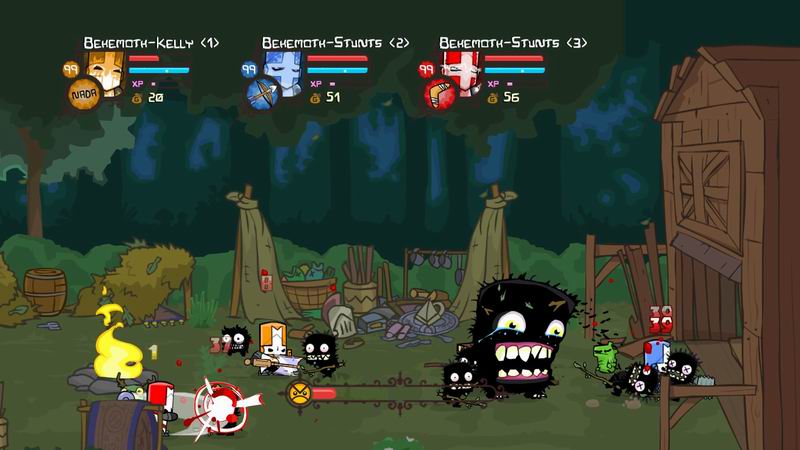 However when playing online I noticed some issues with the controls. When you have three others online playing in your game the lag between pressing a button and watching the action unfold on-screen is between 0.5-1 seconds. This can be problematic, especially in levels like Abandoned Mill where you are constantly in motion and trying to avoid objects that may be in your pathway. Because of this lag I found myself tripping almost every step of the way, with my character dying as the others kept on their merry way. Needless to say it can be pretty frustrating.

When solo or playing with -- let's say -- up to two others Castle Crashers Remastered is a lot of fun. On top of that it knows how to be incredibly silly, thanks to the plethora of visual gags. From Terminator nods and animals pooping with fright to even the facial expressions from the king and kidnapped princesses as they are filled with either fear or anger the game will have you chuckling from start-to-finish. On top of that the game looks fantastic, with it running at 60 fps and the visuals being more beautifully cartoonish than its last-gen predecessor. 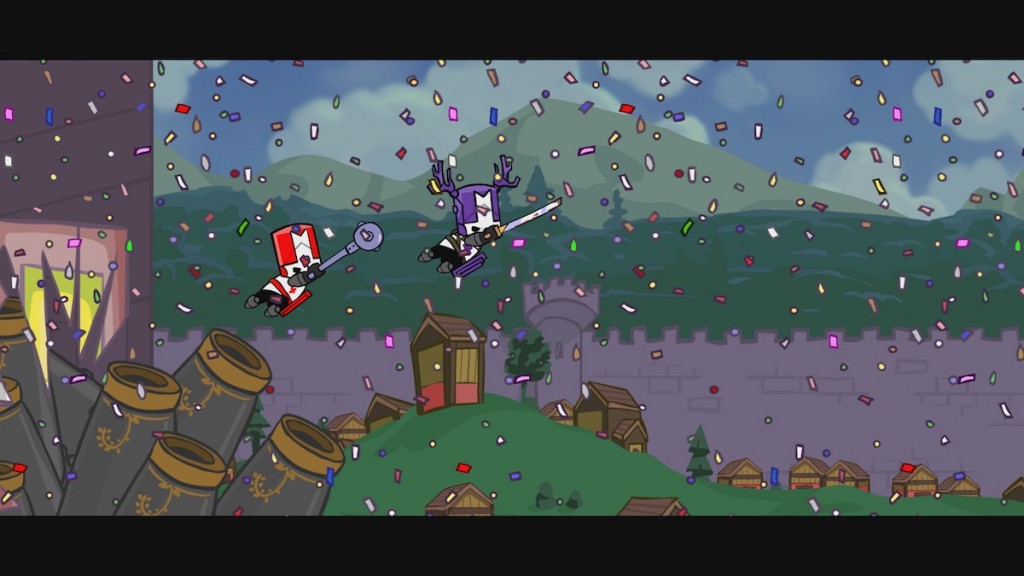 One great thing about those who already own Castle Crashers on the Xbox 360 is that they can get the Xbox One version for a much lower price. At this moment it's free for past owners, but starting September 21st Remastered will cost past owners a mere fiver. What's more: you can upload your save data from your previous game, transferring your upgrades, stats, XP levels, and level progression.

So what's new to Remastered? Besides getting a well-done facelift a new mode called "Back Off Barbarian" will have your knight evading some evildoers one step at a time. At first it'd seem like a simple button-mashing technique would keep you in the game for much longer, but on many occasions I literally backed myself into a corner, with the Barbarian squashing me under his foot. As the enemy moves a tad slowly it's best to look at what's on the screen, which button goes into whichever direction, and quickly strategize a way to survive. 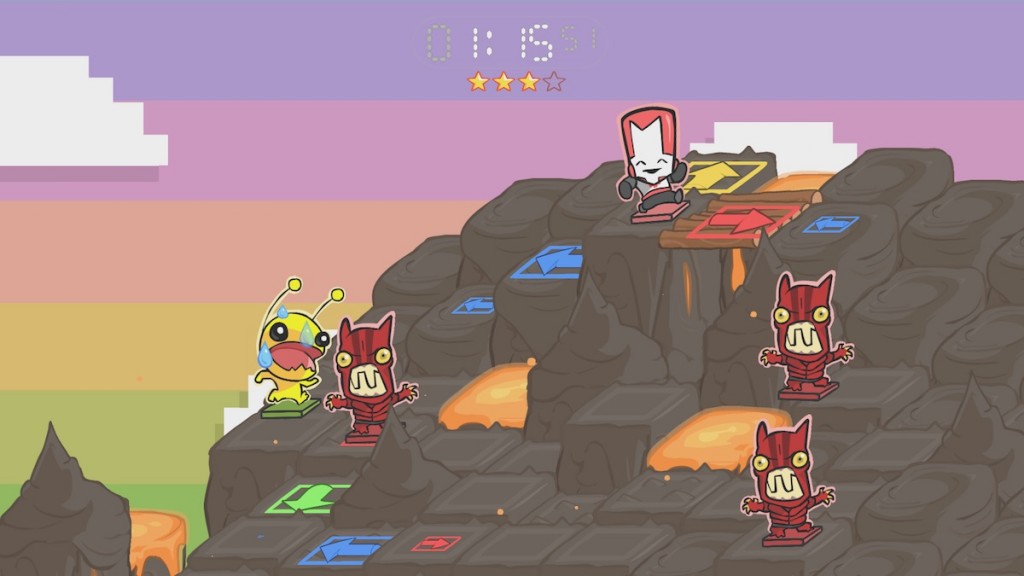 While this may claim to be the definitive version of Castle Crashers I did notice the lack of presence from the Volleyball mode. Originally on the PS3 version of the game this mode was loved by few and disliked by more than a good chunk of people, but I feel like if they just tinkered with what didn't work they could've made it a better mini-game all in all. Still even though the Xbox One version isn't all complete it still has a huge amount of playtime (and replay) value that will give players hours, days, weeks, and -- quite possibly -- months of fun arcade-styled beat 'em ups.

If you're a gamer like me and didn't jump into Castle Crashers in the last-gen the Xbox One version is the perfect chance to do so. With its great core gameplay mechanics and hilarity on full display this remastered edition of the beloved XBLA title is worth every bruise, scar, and broken bone your knight will be given during its harrowing adventure.

Xbox One review code provided by The Behemoth

‘Blues and Bullets’ is a Brutal an...