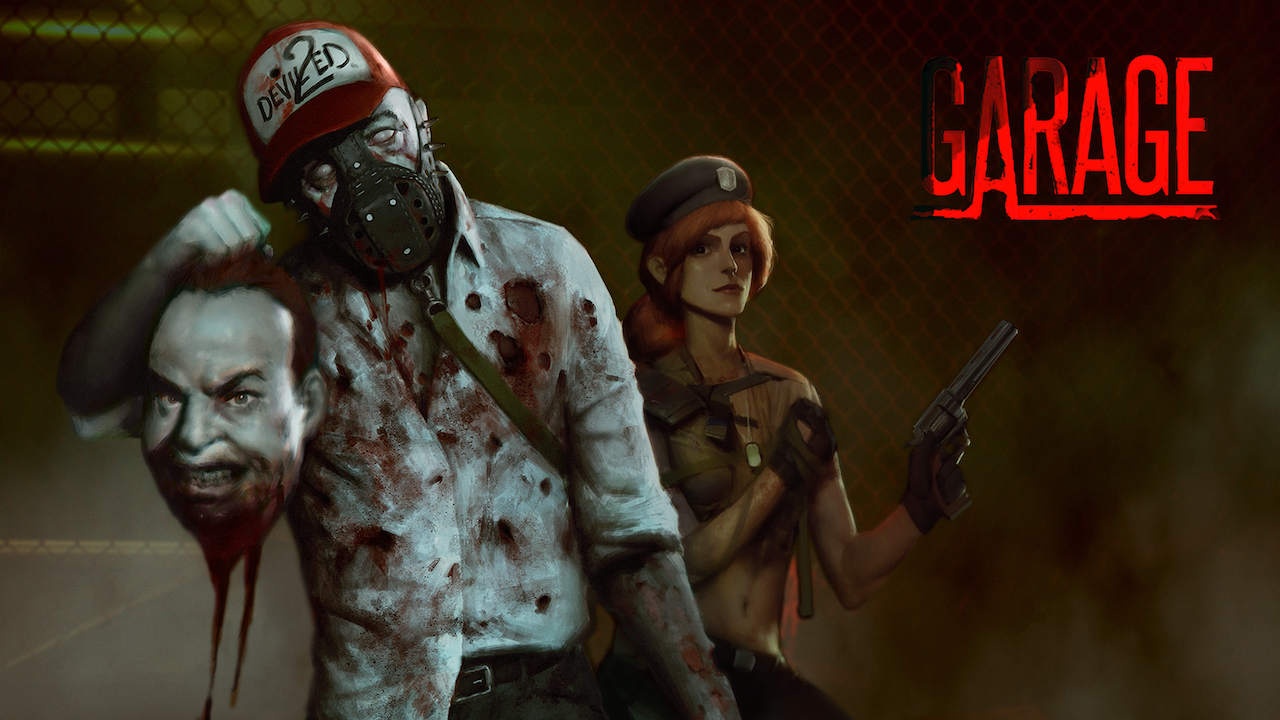 You have to give it to Nintendo for being more open to Mature-rated games on their Switch console. Less than a couple years ago, you wouldn't dream of seeing a video game riddled with drugs & violence appear on what many Nintendo "haters" would deem a kid-friendly console. Now thanks to a more open-door policy on what's allowed for their consoles, we're seeing more video games with adult-themed elements appearing on the Switch, especially in the indie realm. A game like tinyBuild and Zombie Dynamics' Garage is one prime example of this, although it doesn't come without its share of flaws.

Garage has you taking control of ex-drug dealer Butch, who wakes up in the trunk of a crashed car. Wandering around area feeling hazy, Butch soon realizes that he's walking through Hell on Earth as zombies, freaks, and even soldiers try to kill him. However, he has the aid of a mysterious woman code-named "Anaconda", who has a hand in wanting to take down Smith Industries, a company that might be behind the chaos. With some arsenal on your side and the occasional candy bar to snack on, Butch reluctantly takes charge and starts mowing down anyone or anything that stands in his way. 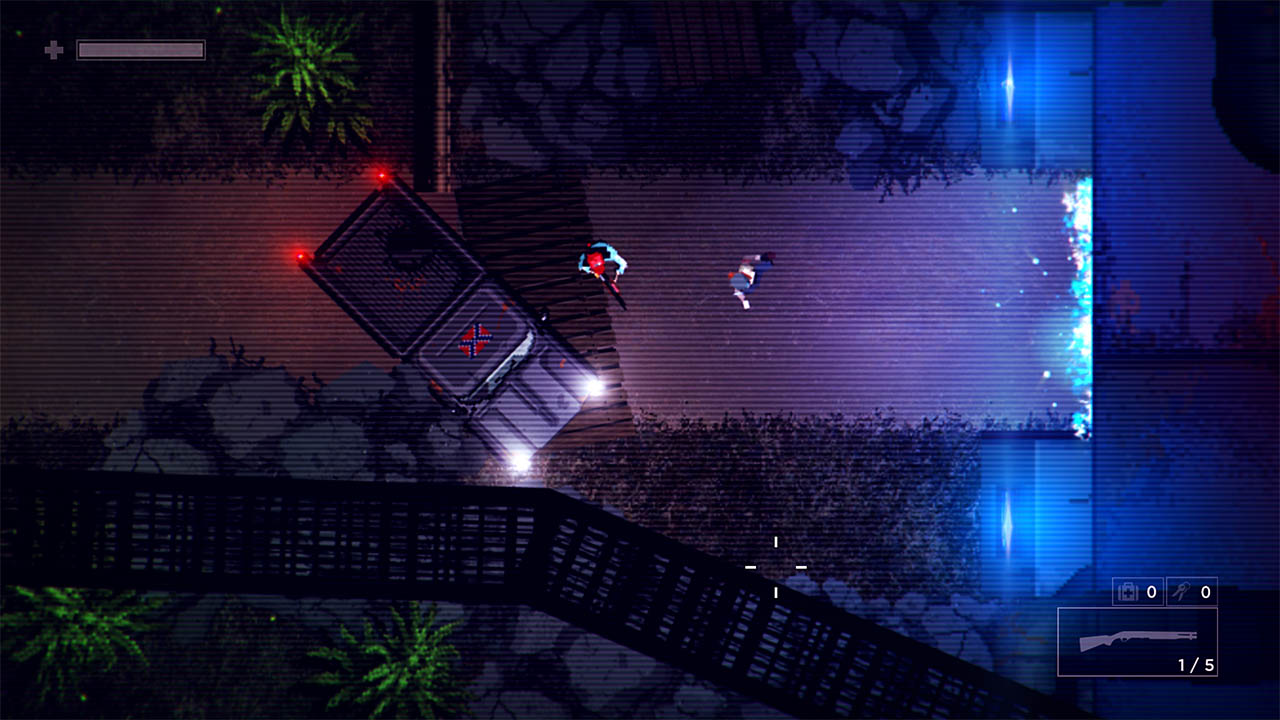 As you progress through the game, the level of weaponry starts to go up. At first, all you have are your fists and feet to protect yourself, although those are still okay to use on weaker zombies. It's when you start getting the more heavy-duty kind of guns and grenades when killing zombies and soldiers becomes a tad bit more easier to deal with. Sometimes the enemies come after you one-by-one, whereas other times they surround you in droves. All you need to do is be on your toes at all times, and keep your ears open for the sounds of an enemy's holler.

Since the game is a top-down action shooter, you can expect some issues with its twin-stick setup regarding aiming. I don't know what it is about most of these kinds of titles, but the one thing that they can't ever seem to figure out is how to make it easier to aim your weapon during a fast-paced battle. Perhaps it's because of sensitivity issues, but I often found myself missing my shot because my thumbs kept slipping off the right control stick during an intense scene. Whenever this occurred, it would often lead me to my demise and force me to start from my previous checkpoint. 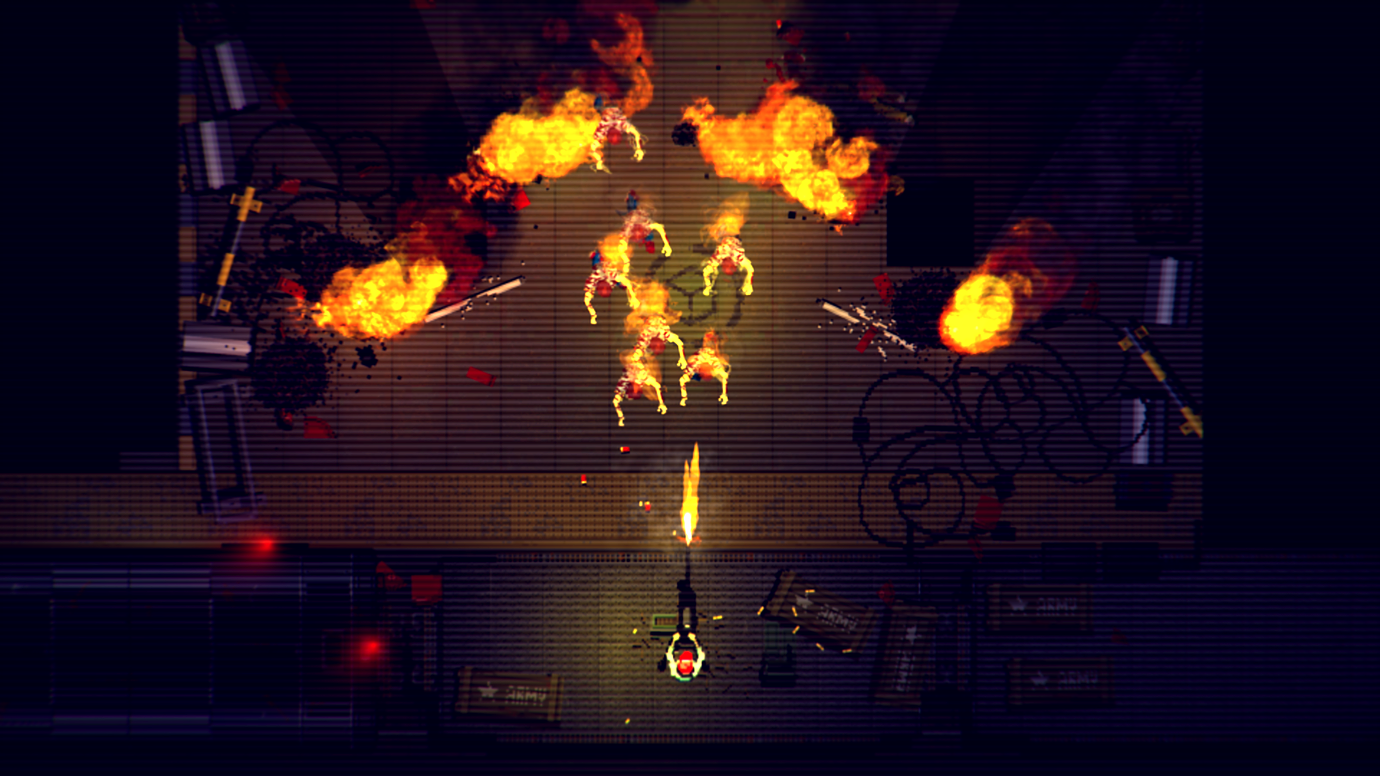 The best part of Garage is when the boss battles occur. Nasty enemies like fat zombies spewing rats and acidic vomit and a Human Centipede-like undead concoction provided me with some fantastic strategic elements and edge-of-your-seat gameplay. Even when I died for the twelfth time during one of these moments, my heart was still pounding as I itched to get back into the chaotic foray. It's a shining moment in this game's dark underbelly of the world, one that will have you wanting to experience this level of excitement over and over again.

Also worth mentioning is the game's narrative. Most of the game's dialogue has a very funny tone to it, especially when it comes to the banter between Butch and Anaconda. It's very apparent that our "hero" wants nothing to do with the main situation; he just wants to leave his surroundings and never look back. Add on the fact that Butch's daddy was always disappointed in his actions, and you've got yourself a character with quite a sore spot for anything related to social bonding and the like. (Special props for the fake commercials that would occur in-between certain chapters, adding a sort of meta situation to the story at hand.) 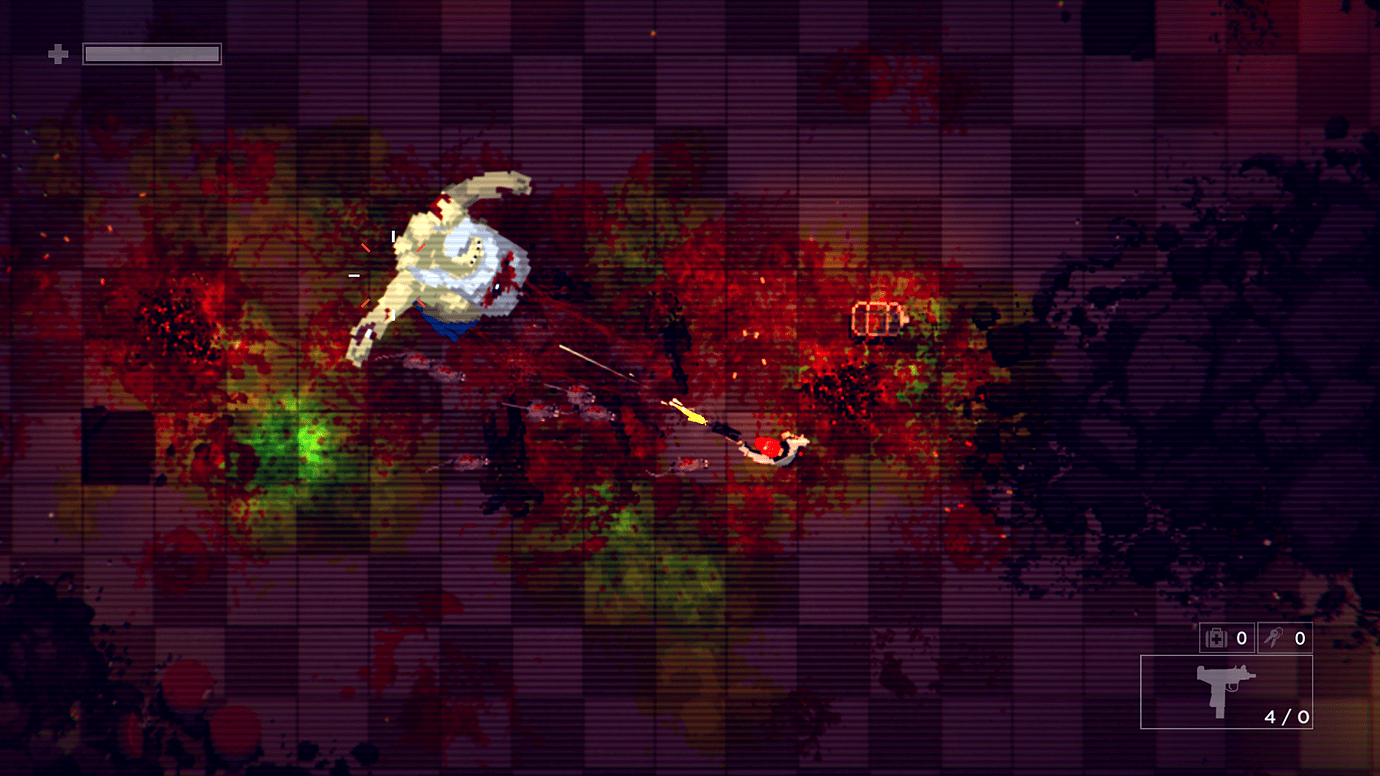 Unfortunately, Garage has a bit of a major flaw in its coding, especially when one too many enemies are on-screen at the same time. During later parts of the game, I began to notice that enemies of all types would vanish, only to pop up again a couple seconds later in a different spot. When this would occur, I would be greeted with death almost every time, as the enemies would soon pop up all surrounding me without any means of reacting quick enough to defend myself. These moments got so frustrating that I had to turn off my game a few times, as it forced me into near rage-quitting levels of emotions.

It will take you roughly 10-12 hours to go through Garage on the easiest of settings. However, once the game is over, there seems to be nothing else worth revisiting soon after. Thankfully, Zombie Dynamics' action horror game delivers enough of a good experience that will have you reflecting on your play-through for quite some time, even if it has a few problems it needs getting rid of.

Garage gives you enough of a scare in its experience, but it doesn't come without its problems. There's a lot of great ideas implemented in the game overall, but the sensitive controls and occasional buggy enemies can turn the fun times into a frustrating one. Hopefully a patch will come to fix its main issues, so heed caution for now if you are to dare enter the zombie-filled quarters of Garage.