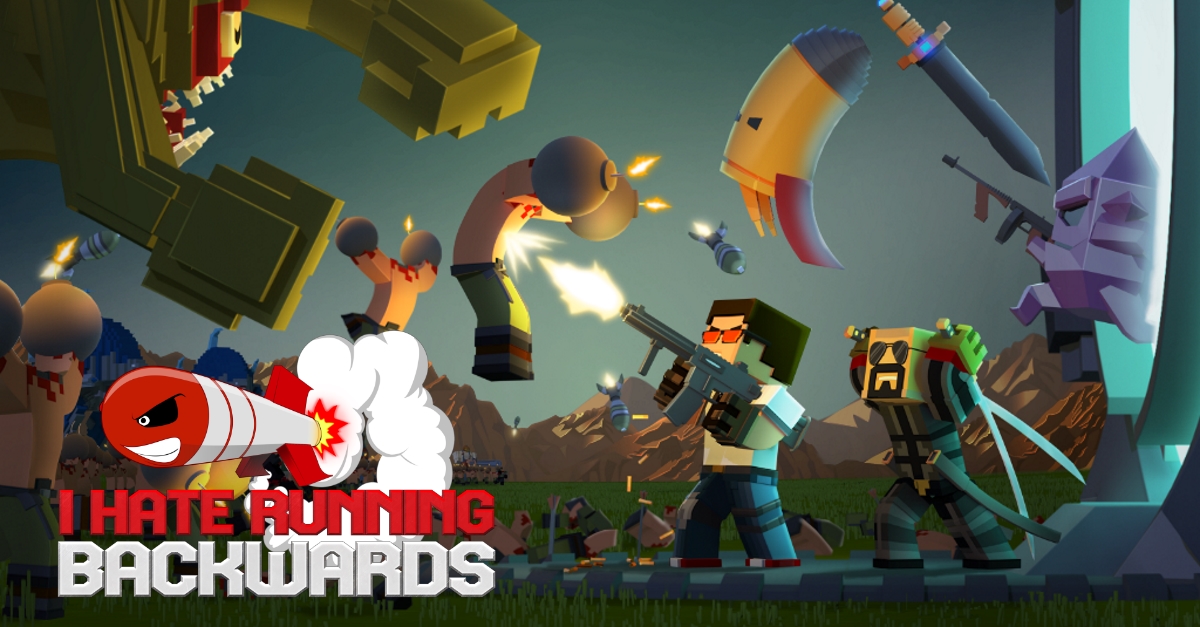 On paper, Binx Entertainment's I Hate Running Backwards sounds keen to have a great time. With characters from Serious Sam, Shadow Warrior, Broforce, and other Devolver Digital favorites teaming up for an all-out shootout, the ideas and possibilities that could come forth from such a concept should be spouting gold from all ends. Alas, what we are given instead is a top-down shooter that's more lame than an 80s cover band fronted by Eddie Money's third cousin twice removed.

I Hate Running Backwards doesn't have that big of a story to follow, as it has Serious Sam and his gang of anti-heroes battling their way through different eras via some Stargate-like portals. Playing solo or co-op through the levels will have you shoot and stab nonstop whilst collecting ammo, power-ups, and destroying anything that moves (or doesn't move) to progress. And there's not much more to this game than that. 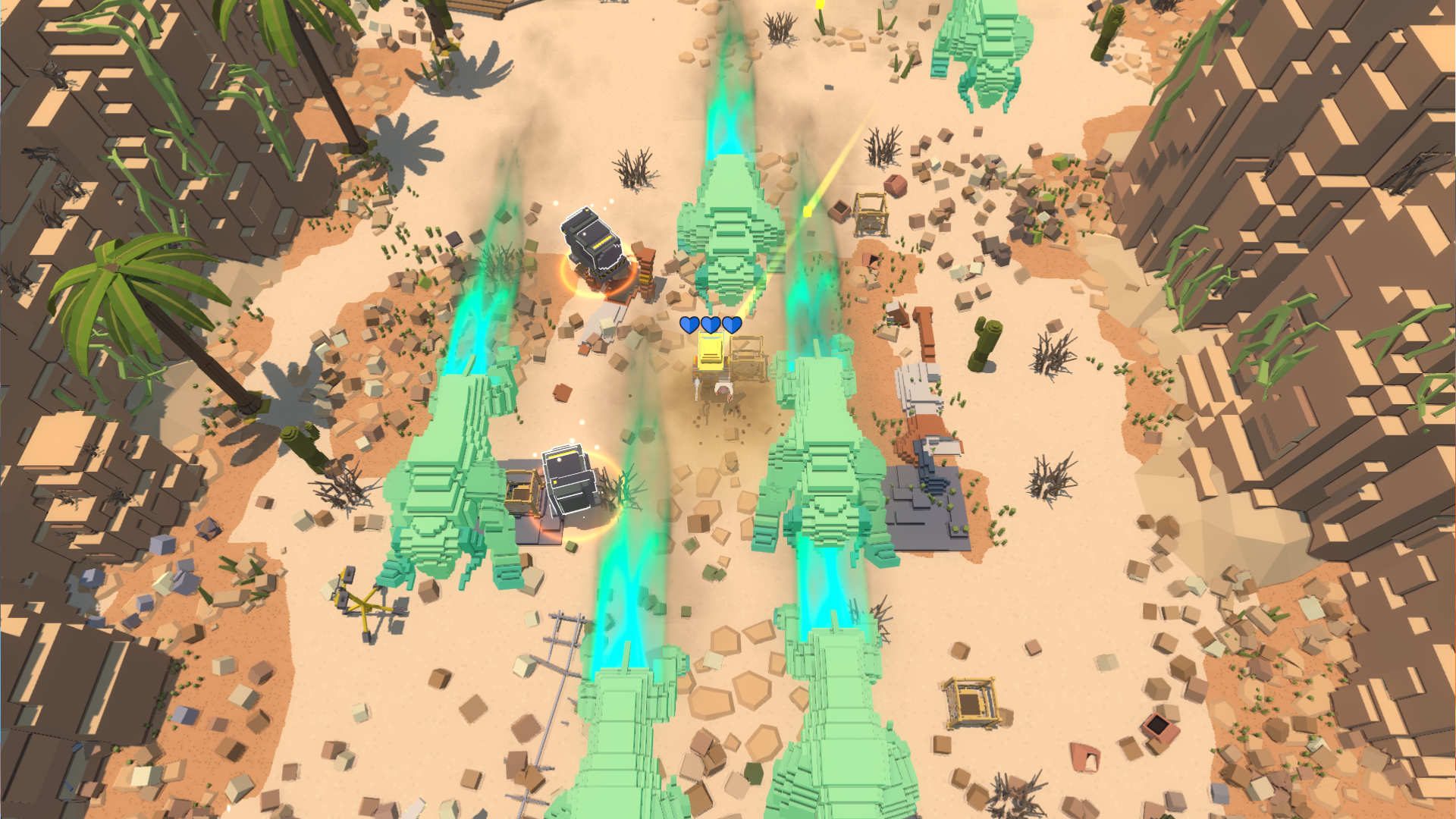 To me, it's a bit of a problem when the elevator pitch for this game feels so lackluster. I get that the developers wanted to bring forth some of the biggest badasses in the indie gaming realm together for one massively bullet-riddled party. But instead of delivering something that would make gamers everywhere drop their jaws and pants with excitement, we're greeted with characters, settings, and enemies that look more like they were hobbled together from leftover Minecraft coding.

Normally this wouldn't be an issue, as there's a style and personality that comes with the blocky visuals like this. Only here in I Hate Running Backwards, there's no sight of any sort of originality to be found. What's showcased here is just another top-down shooter with a lackluster attitude, using characters that truly deserve better than the fate that this game has delivered unto them. And the worst part of all this is that its dullness smacks you in the face right at the start. 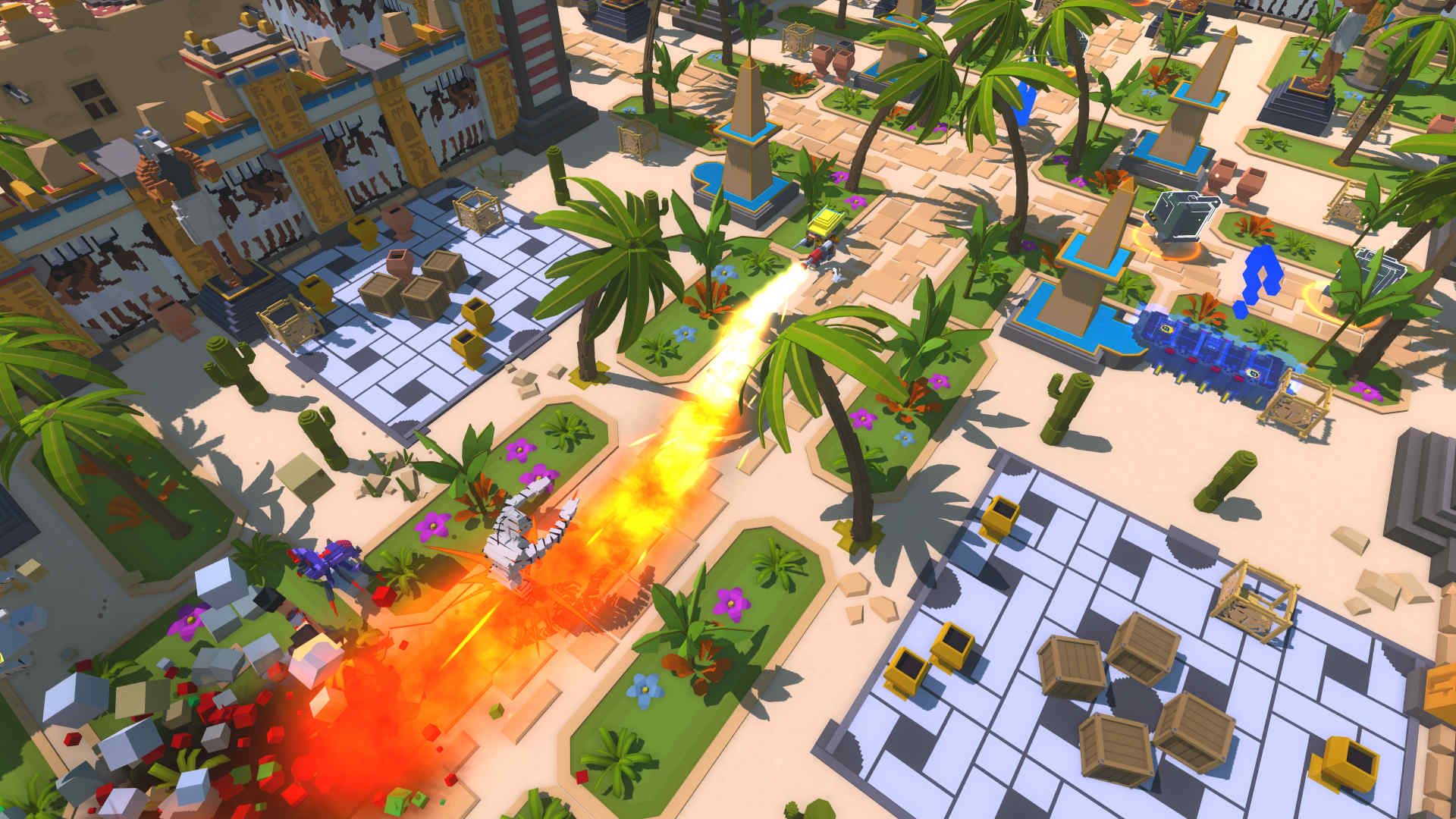 While playing I Hate Running Backwards, never once did I feel like I was experiencing something cool, nor was there an ounce of urgency fed through as to why I should be caring about the enemy attacks or boss fights flashing onscreen. Instead, what should have been a great crossover game comes across more like a fan tribute title that one could pick up for free at some Game Jam event. (And I've played many Game Jam-created titles with more spirit than this one!) Even when you grab a power-up or find yourself taking a joyride in a high-speed vehicle, nothing here feels enticing enough to grab hold of one's attention.

Of course, not everything about Binx Entertainment's game is bad. I do have to give props for its easy-to-use control mechanisms, which makes playing I Hate Running Backwards a bit more tolerable to play. Moving around the levels and shooting & slicing through enemies is usually a breeze, especially when nabbing a temporary power-up that'll cut through a plethora of the baddies on-screen. 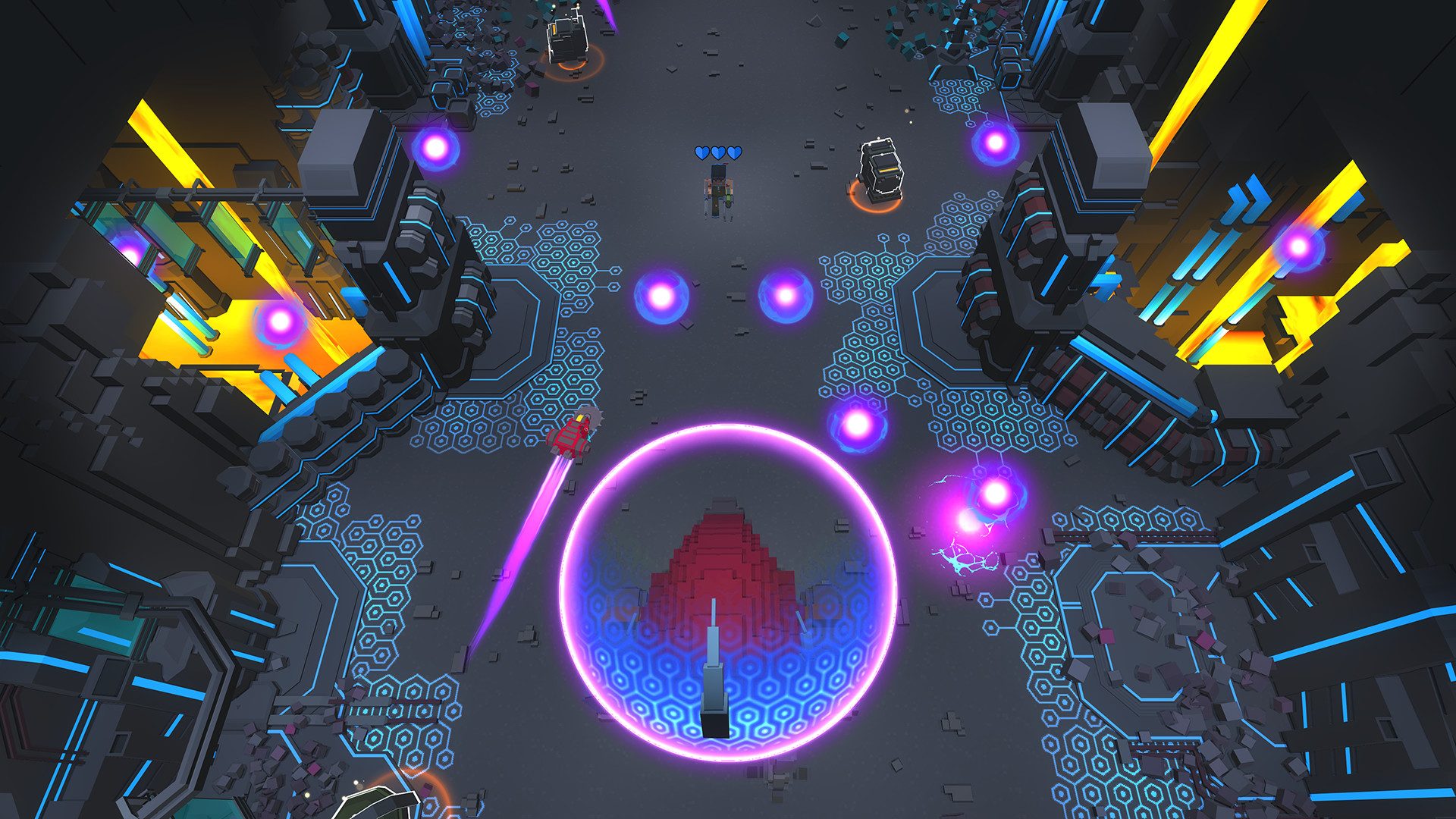 Still, even with its good controls, it doesn't do much to add to the top-down shooter formula. Despite a bunch of unlockable content to discover like special modes and other anti-heroes to play as, I Hate Running Backwards can't seem to bring together the sort of fun and excitement that Lo Wang and Serious Sam have been known to deliver on a usual basis. For these hardcore characters to be presented in such a weak state, it should be considered a felony!

I Hate Running Backwards may have the backing of some cult anti-heroes, but the adventure it delivers is more soul-sucking than an episode of Fuller House. Uninspired and lackluster in every way, Binx Entertainment's shooter delivers none of the excitement or fun that we're used to seeing these characters showcased in. What else more can I say except, well, I hate I Hate Running Backwards.

GAME REVIEW | Having A Rotten Time...