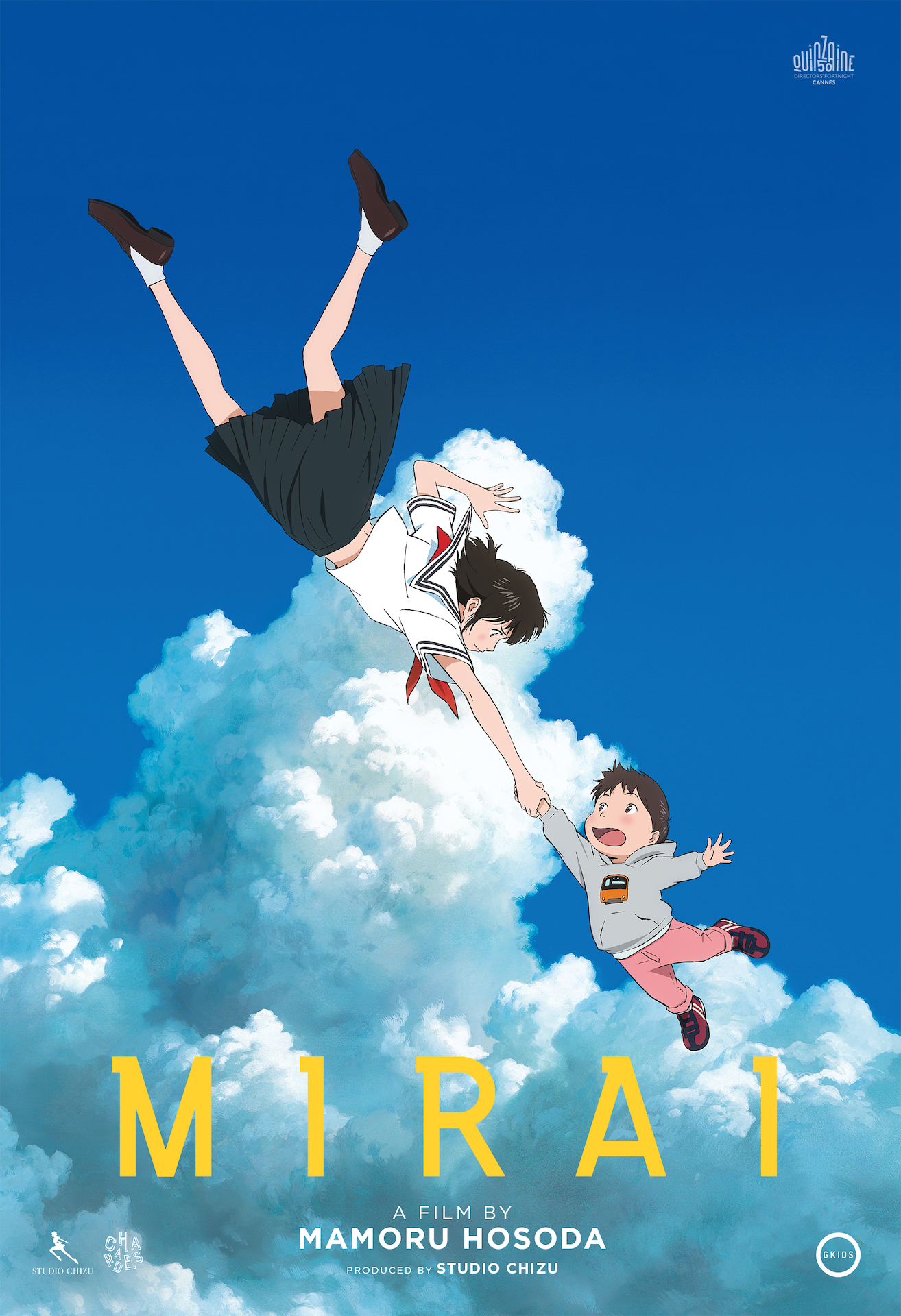 Mamoru Hosoda has this knack of bringing the most realistic human action and emotion into all of his animated films. From the trials of single motherhood in Wolf Children to a confused teenager waking up to something mystical in The Girl Who Leapt Through Time, the way the co-founder of Studio Chizu showcases his characters is something that not even the likes of Hayao Miyazaki has ever been able to deliver. His latest film Mirai also accomplishes something that has rarely been seen in any film both animated or live-action: an authentic look at how a young kid behaves and views the world around him.

Taking inspiration from Hosoda's own experience as the father of two children, Mirai places the majority of its focus on the young toddler Kun (Jaden Waldman). His father (John Cho) and mother (Rebecca Hall) have brought home a new addition to the family: a little daughter named Mirai. Naturally Kun starts to rebel, as most of the attention is placed on his new sister. However, as Kun acts out his frustrations, he keeps being thrown into various circumstances that brings him toe-to-toe with family members from his past and future, including a teenager version of Mirai (Victoria Grace). 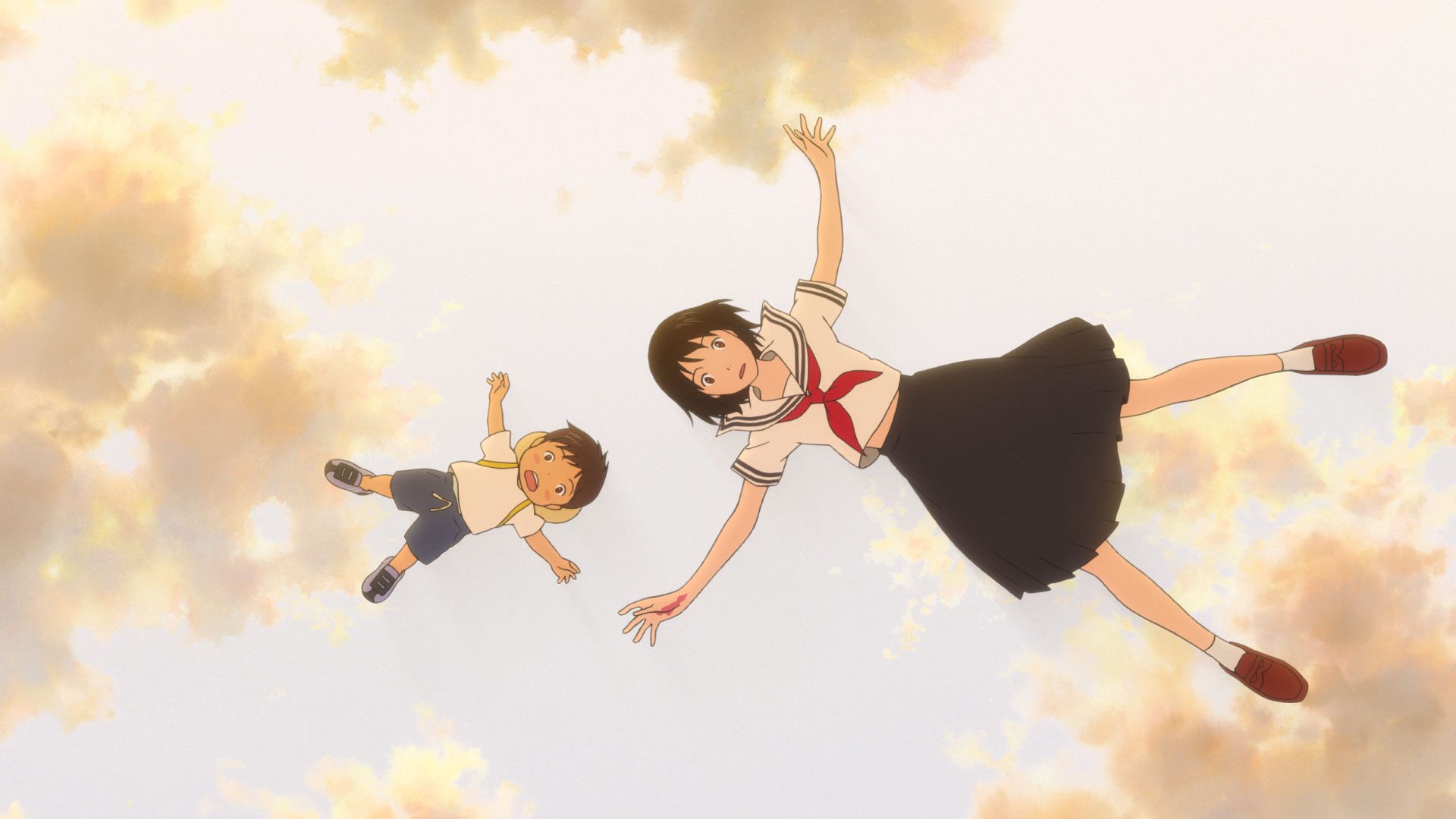 What Mirai does best is focus on how a kid truly behaves in various circumstances. Kun has his good moments when with Mirai and his parents, but it's when he throws tantrums, trashes his toys, and even nearly hurts his little sister where the nastiness that lies within every kid pops its ugly head. I'll be blunt: it's not pretty seeing a young boy act this way, but that's how children behave in the real world. Nothing is sprinkled for the sake of movie magic, nor is it Disneyfied to make it feel like a bouncy happy affair. Raising our youth can be a scary thing when children are as unpredictable as they are, and both Hosoda's script and Waldman's performance as Kun capture this perfectly!

However, it's how Kun figures out his responsibilities as both a big brother and a good son where the movie's heart is on full display. Helping the future version of his sister with a task, riding a motorcycle with his great-grandfather (Daniel Dae Kim), and even hearing the gripes of his poor dog Yukko (Crispin Freeman) gives him the opportunity to open his eyes to the realization that he's not the center of the world. One of the best moments involves a run-in with a child version of his mother, where he comes to terms that she and him had much in common with one another at his age. 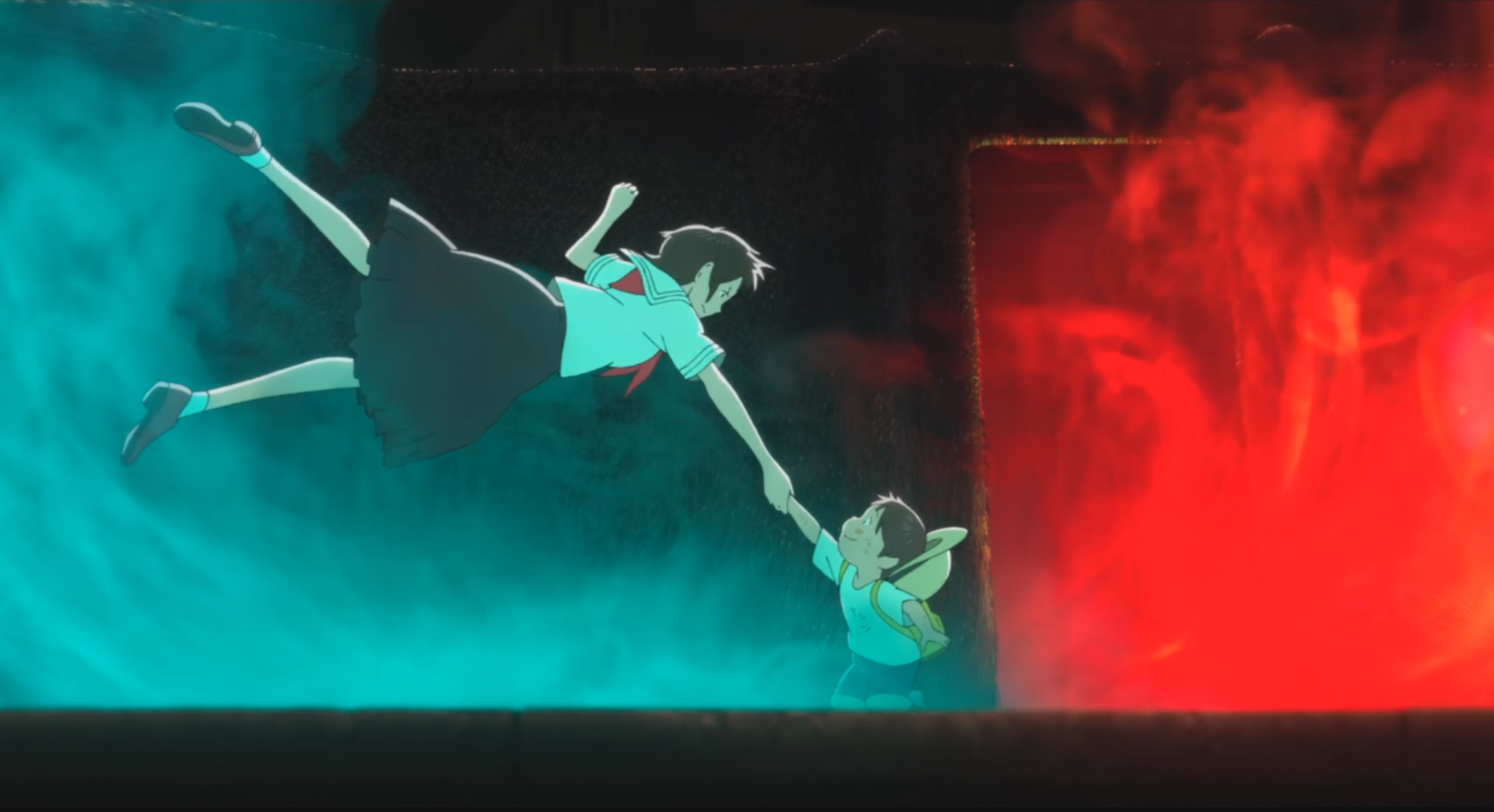 Even when the focus peers away from Kun, the conversations between the mother and father feel very real. The struggles of parenting and balancing a job are very apparent in how exhausted they sound when they talk, knowing very well that it's no picnic juggling many tasks. Cho and Hall's performances as the parents is one of the biggest strengths that Mirai has to offer. It's not because they're painted as the pitch-perfect mother/father parting; rather, it's the opposite. There are many flaws with how they're raising their kids, and that's the point Hosoda is making. There's no such thing as perfect parenting; there's only -- as the father says -- "good enough."

All of this is presented with Hosoda's masterful animation style. Its characters brim with true human emotion all throughout their time onscreen, while the worlds are filled with some of the most imaginative styles in animated form this year. From the countryside to the futuristic train station towards the end, these places Kun visits will make your eyes glow from all its creativeness. Even during a fast-paced scene, Studio Chizu gives viewers the chance to take it all in and embrace the wonder it has bestowed upon them.

Mirai captures adolescence and parenting in ways that no animated film have done before. It's not afraid to get too real, but it keeps reminding its viewers (especially the moms and dads in the audience) that everything will work out in the end. It takes a magical mind like Hosoda's to bring something so close to anyone's home and encapsulate it in a beautiful light, with Mirai succeeding in every way at making even the most uncomfortable moments in childhood be shown with such care and respect.