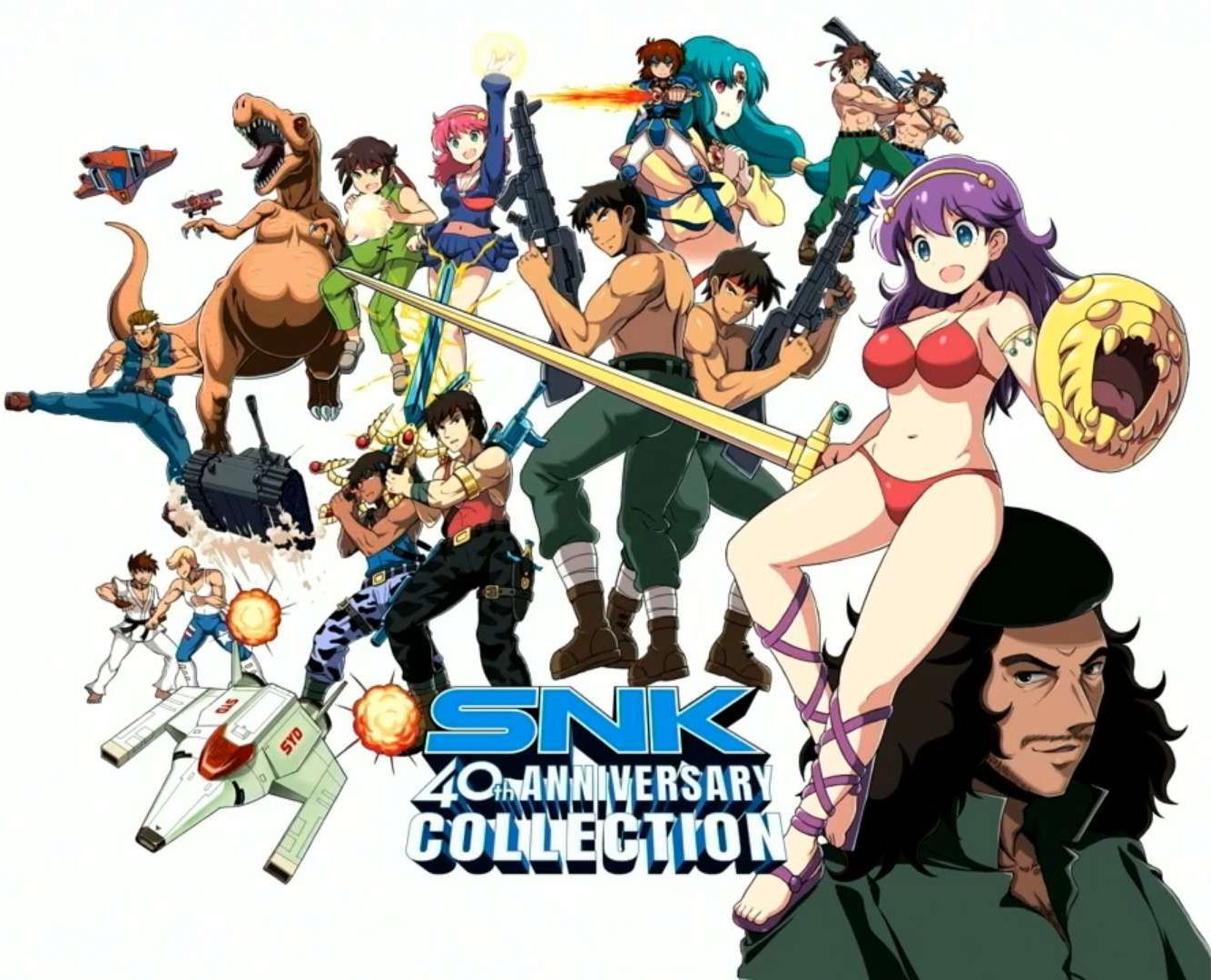 If there's ever a video game company that deserves to celebrate its legacy, it's SNK. The makers of Fatal Fury, The King of Fighters, and many other classic fighters has been kicking loads of ass for four decades. Hence why it feels very appropriate that NIS America is aiding with that celebration with the release of SNK 40th Anniversary Collection. Even more interesting is the route this collection takes, putting a spotlight on the games made before SNK could be deemed iconic.

SNK 40th Anniversary Collection tips its hat to the games that slowly gave the company the life we currently know it has. Instead of placing its focus on the titles that would become household names, it alternately gives off a strong origin tale of sorts. The likes of the Ikari Warriors trilogy, Athena and its sequel Psycho Soldier, Crystalis (or, as it's known in Japan, God Slayer), and Street Smart are a handful of titles that are on display in this special collection. And the best part: no need to chuck in quarter after quarter to beat them! 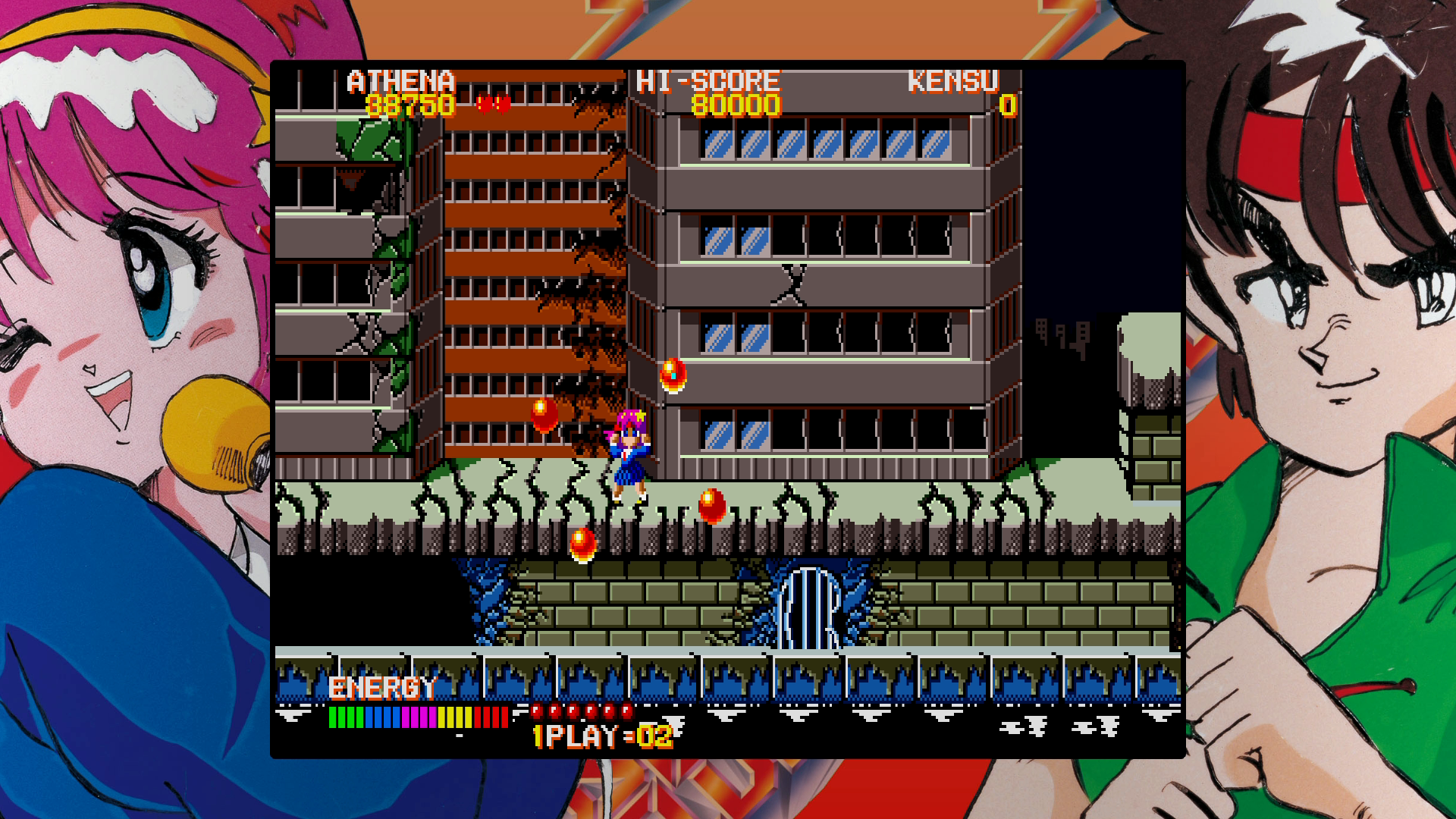 I say this because I have personally forgotten how insanely difficult many of these games are. Titles like Vanguard, Psycho Soldier, and Prehistoric Isle count on split-second decisions being made while playing. One wrong push or pull on the joystick, and it's Game Over in the blink of an eye! Fortunately, the addition of a rewind button will help to erase any sort of bumbling mistakes on your part, giving way to possibly 100% a game without dying once! Yes, it's a cheat, but considering how mind-numbingly tough many of these titles are, it's a godsend of sorts!

As for the games itself, it's very apparent which ones were made to suck down players' money at the arcades. Athena is stupidly difficult, as I couldn't get past the first level without the aid of the rewind button. The same can be said about Alpha Mission, where you seemingly feel cornered by every enemy onscreen. It can often be unforgiving at times when it comes to the troubles and trials that appear throughout many of the games' levels, but never once does it want to push the gamers away. Instead, it always feels welcoming to anyone to come on back and try again each time (perhaps SNK's psychological way of nabbing players' dough, which seemed to work on me back in the day). 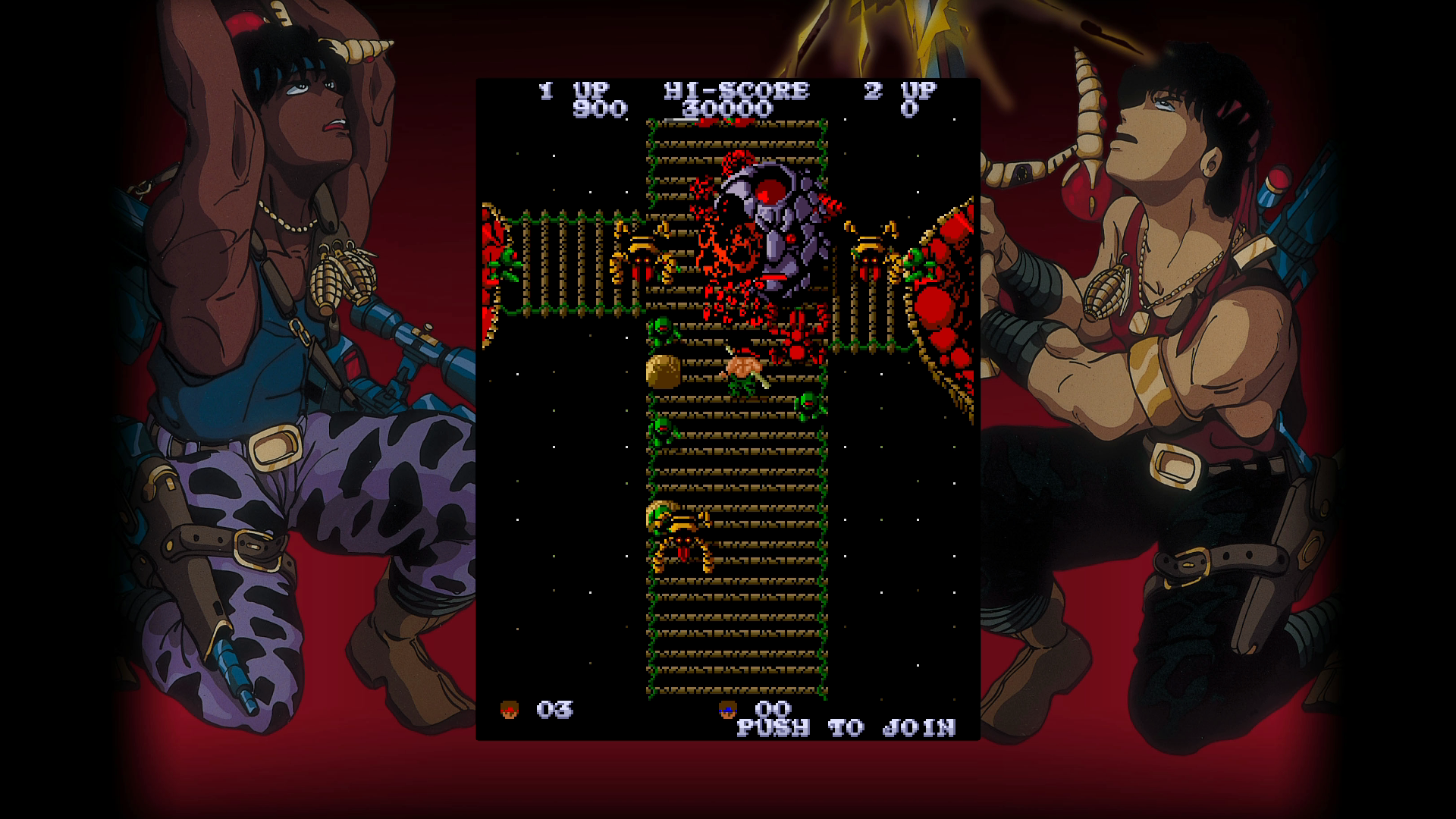 Of course, none of these titles would be considered classics if they weren't fun to play, and it's fortunate how much of a blast many of these games still are. Psycho Soldier still stands as one of arcade's most underrated titles, with its challenging level layouts, boss fights, and catchy music. (It's also the very first game to ever have singing lyrics in its theme song, and what a track it is!) P.O.W. is all kinds of action-packed zaniness, with you controlling a soldier smashing your way through enemy territories. Of course, Prehistoric Isle stands as the early arcade's most craziest games, with you shooting down dinosaurs and cavemen in a World War I-styled airplane.

Perhaps the earliest precursor to what SNK would achieve in the fighting realm, Street Smart is like a Jean-Claude Van Damme film put to an old-school arcade game. All you do is punch and kick your way through one-on-one tournaments, but it's quick-thinking A.I. easily keeps you on your toes every moment of the game. Meanwhile, the Ikari Warriors series has you helming a Rambo-like hero on land, sea, and space, with each title reaching higher levels of insanity each time with its concept. (The voice acting in Ikari Warriors II: Victory Road is so awesomely bad, it needs to be experienced by all.) 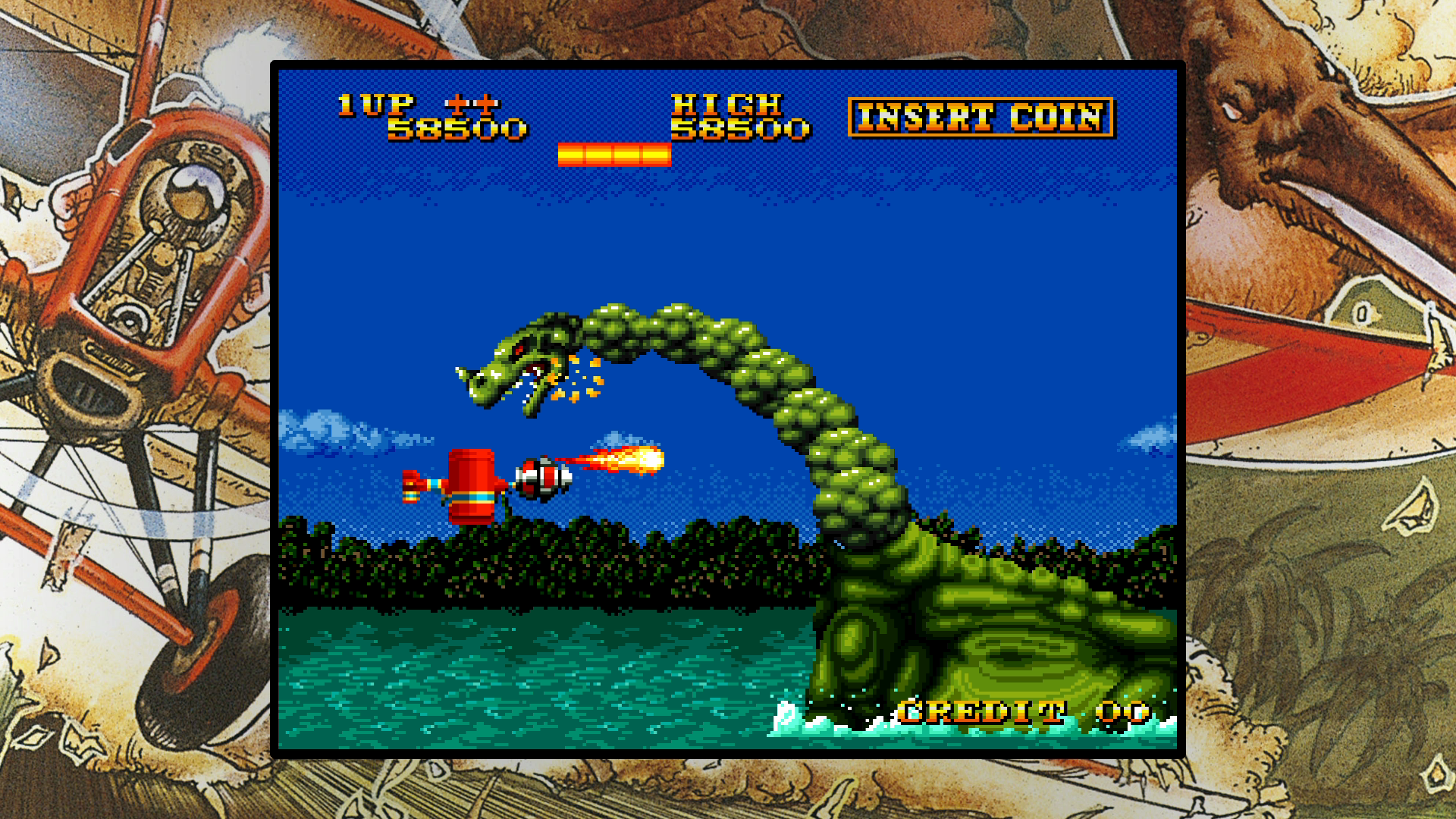 A nice addition to some of these titles are the NES adaptations, specifically for the likes of Alpha Mission, Athena, Guerrilla War, the Ikari Warriors series, and P.O.W. You can easily see the differences graphically, as arcade machines could helm better-looking titles than any console at the time. However, what is taken away from its graphics is instead added into new levels and bonuses laid out throughout these adventures. It's definitely worth checking out both versions, as each have their own unique traits that help stand out from one another.

Outside of the games, SNK 40th Anniversary Collection also features a cool Museum mode, with dives into the history of all of SNK's titles from 1978-1990. Here you can learn tidbits about the makings-of many of the games that would help cement SNK as a formidable force in the industry. You'll also learn about its own Video Game Land newsletter, as well as a lost SNK title that went by the name Tangram Q. A collection of various game soundtracks is also on display for all to enjoy, with the only downside being that you won't find the full cassette single version of Kaori Shimizu's Psycho Soldier theme song. One other downside is that some of the bonus guides haven't been translated to English. 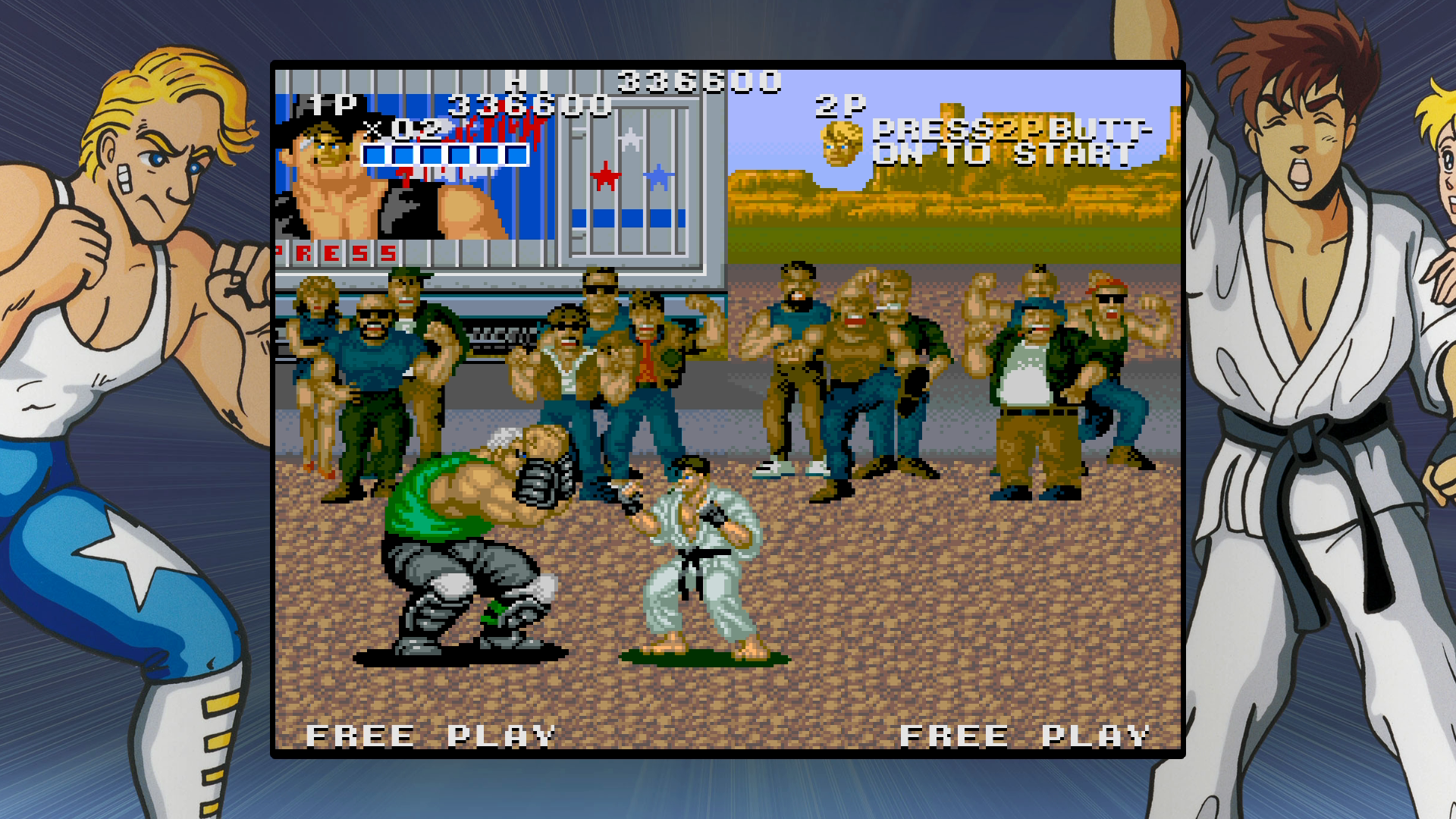 Although SNK 40th Anniversary Collection only contains fourteen titles as of this writing, more games will be added later on in the near-future. A total of eleven more titles will be arriving sometime in December, which will include the likes of Ozma Wars, Bermuda Triangle, Fantasy, and Beast Busters. All-in-all, despite the lack of the big fighters that would be made under the SNK name, there's a lot of enjoyment delivered in this piece of video game celebration.

SNK 40th Anniversary Collection is a strong collection featuring some of arcade's most toughest adversaries. Although some may complain about the lack of a Fatal Fury or King of Fighters, what's instead showcased are the titles that helped grow SNK into developers that should never be reckoned with.