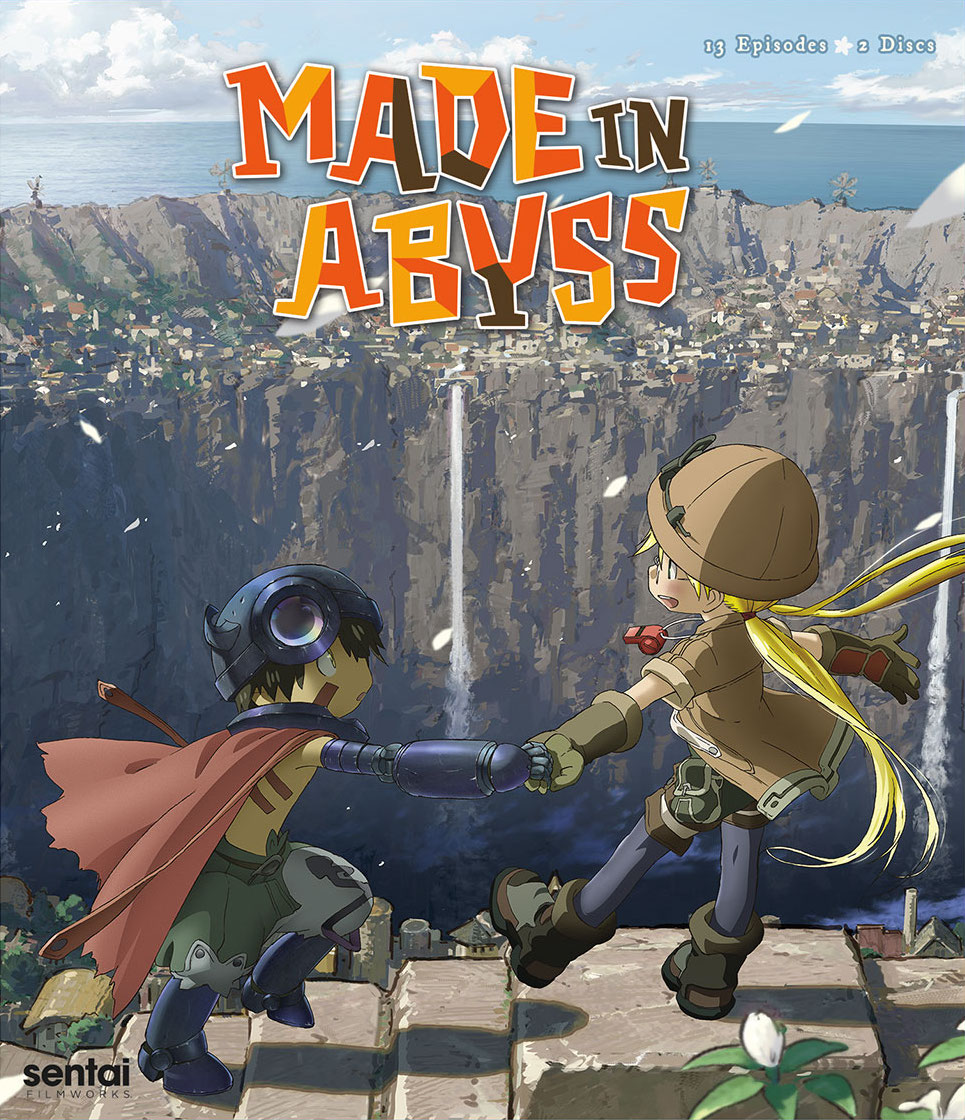 ANIME REVIEW | "Made In Abyss" Embarks On a Beautifully Dark Adventure

I only wish those two words could easily convince someone to watch an anime series, especially one like Made In Abyss. Within its first couple of minutes, before the opening credits even rolled, this world based on Akihito Tsukushi’s manga gripped me. An imaginative world filled with cute characters and the most demonic of beasts awaited, giving way to an adventure where — no matter the age of the hero — that the greatest of human trials are presented. And man, does Made In Abyss accomplish a lot in both storytelling and animation!

Taking place in a fantasy world, Made In Abyss focuses on a trouble-making 12-year-old named Riko (Miyu Tomita/Brittany Lauda), who is on the midst of training to be a Cave Raider. On one such investigation, she comes across a robot boy named Reg (Mariya Ise/Luci Christian), who has many handy tricks under his metaphorical sleeve. After a white whistle belonging to Riko’s mother is discovered deep in the abyss, she and Reg make a plan to reunite with her. But with danger around every turn and the affects of the abyss clouding the mind of Riko, the journey to reunite mother & daughter becomes one that not even the bravest of Cave Raiders would dare attempt. 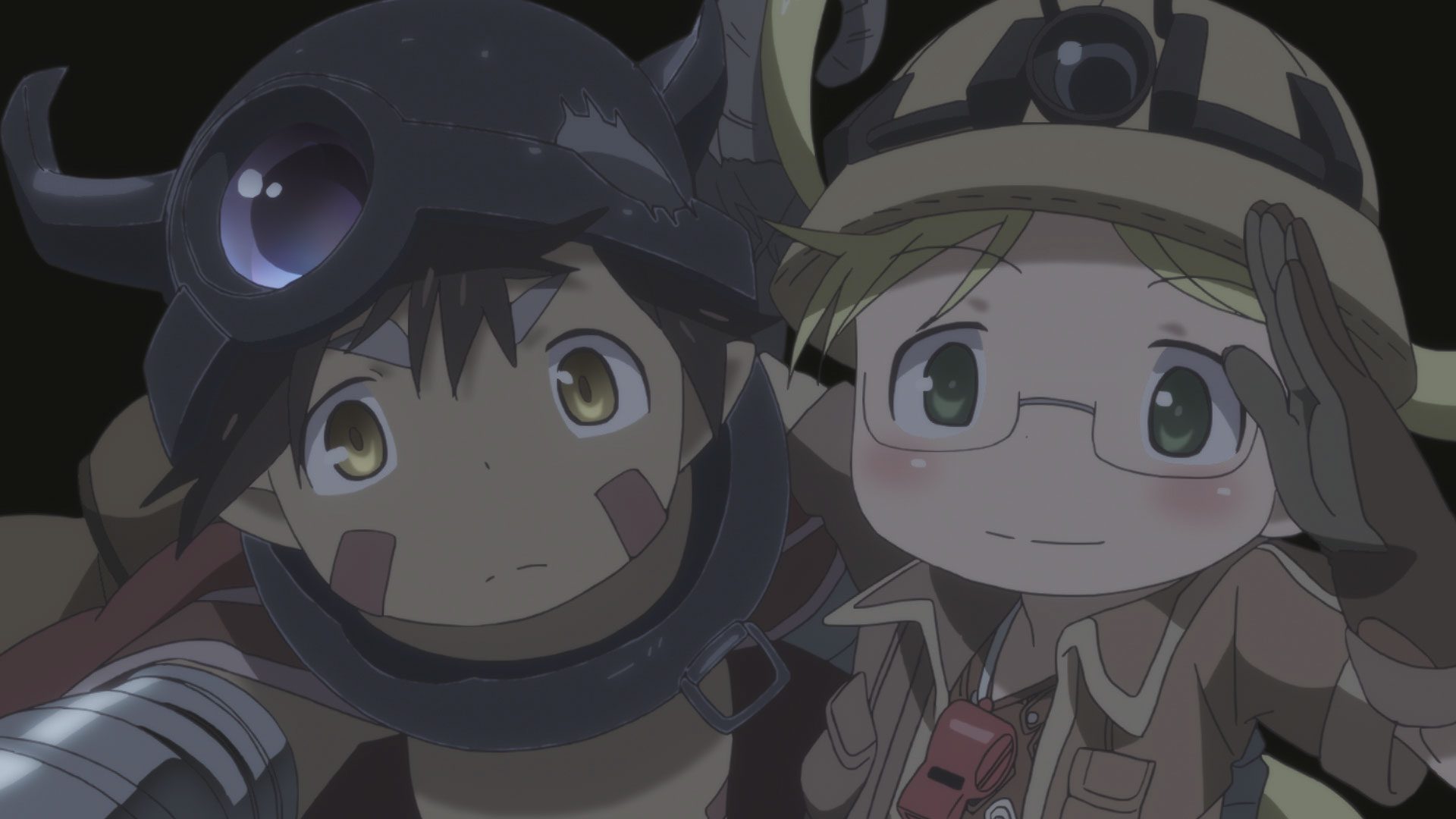 At first, the story of Riko and Reg is focused on the more adventurous side of things. The worlds, the creatures, and other discoveries that they come across give way to child-like wonderment, as the duo sets out on their journey. Their reactions to their surroundings and the challenges they face give them both adrenaline rushes and new knowledge of these untapped realms. It brings to mind how, as a child, I would embrace my imagination and play pretend in the most mystical places one could dream of. Only here, Riko and Reg get to truly experience it, but not without its costs.

The deeper Made In Abyss goes, the darker the story gets. An encounter with White Whistle Ozen (Sayaka Ohara/Christine Auten) and her assistant Marulk (Aki Toyosaki/Kelley Peters) dives right into the heart of what's to come for both Riko and Reg. Ozen lays a test for the two to see if they have the spirit to go into these depths to find Riko's mother, never shying away from its dangers. It's when Episode 10 comes around where we see what this frightening world is truly capable off, as well as a sharp change in focus on two newcomers to the series: the bunny-like Hollow Nanachi (Shiori Izawa/Brittney Karbowski) and the weird creature Mitty (Eri Kitamura/Monical Rial). 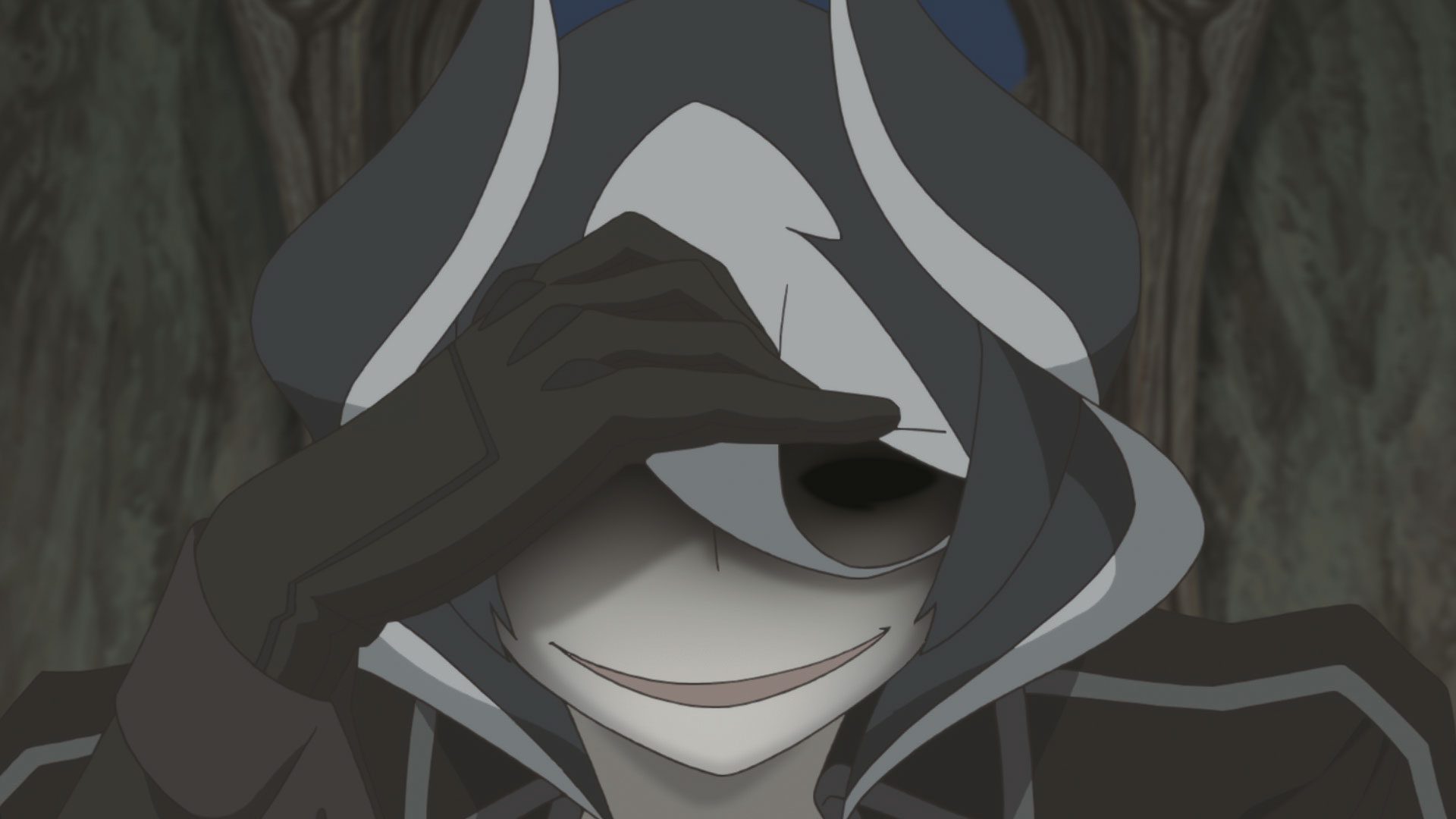 With good conscience, I cannot spoil what occurs between these four characters after this point. What I can say is that the lengths this series goes to show how unforgiving the abyss can be is staggering. There are no punches held back, exposing as much danger as one can imagine. Even with its heroes being kids, it doesn't change the fact that one could experience the most harrowing of pains and turmoil the deeper they go. As adorable as the main characters are, nothing here is Disneyfied in the slightest. A Deus Ex Machina does not exist in Made In Abyss, giving way to the brave soul this series proudly displays.

Also surprising is how this anime can transition between darker and light-hearted moments merely on a whim. In one moment, Reg is crying over the injuries Riko has; the next, he's frightened by Nanachi's cooking, spitting out the grub after a mere bite. As questionable as they are, the jokes surrounding Reg's genitalia can be funny, almost in a Big Mouth sort of way. How Reg ponders about Marulk's gender is also innocently humorous, giving way to a quick banter that is both silly and inoffensive. In a way, the funny moments help to equally weigh with the darker, as it helps to massage the tension in the air rather than straight-up cut it. 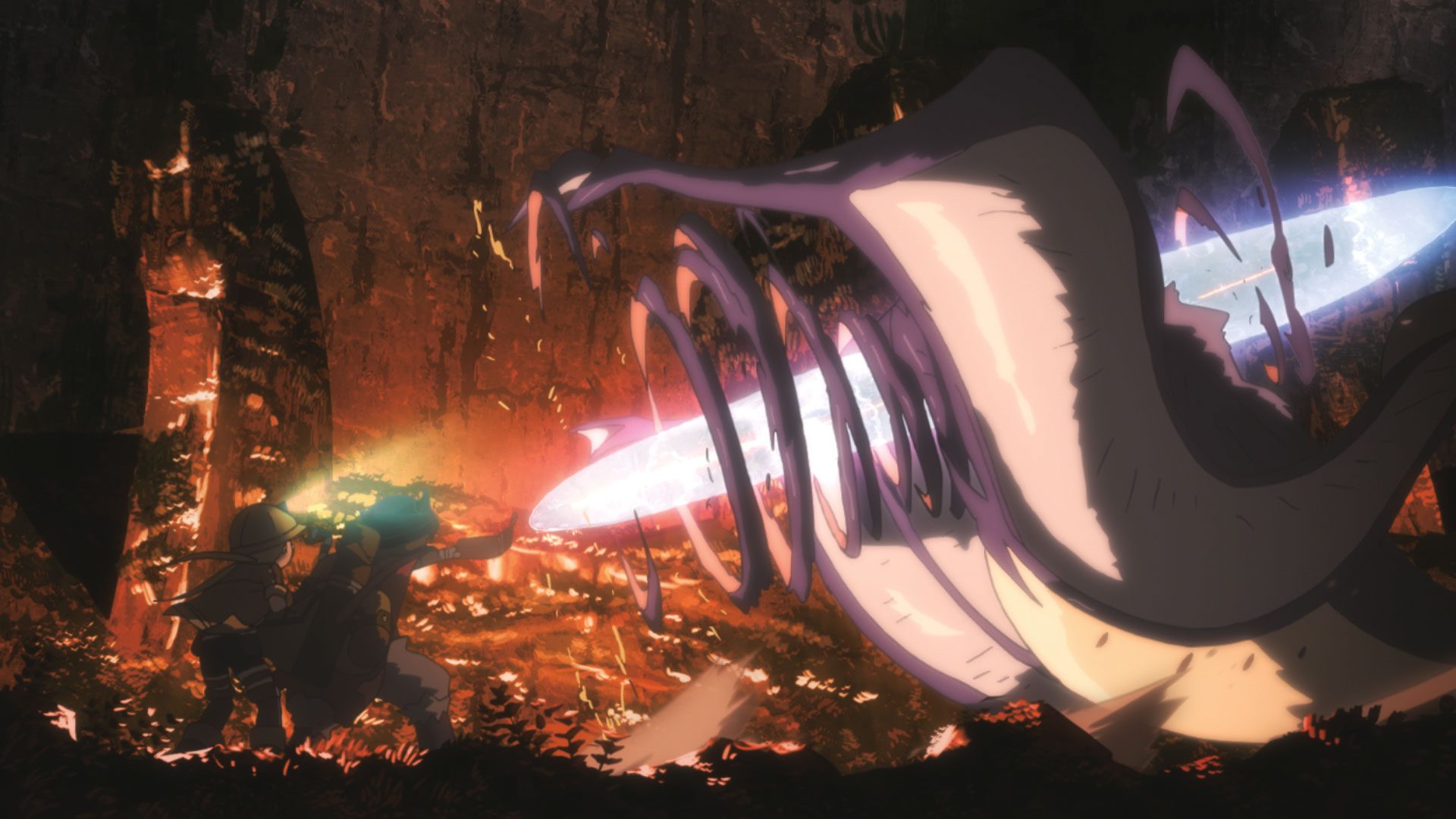 One should know going into this anime adaptation of Tsukushi’s manga that its entire story isn't being told in these thirteen episodes, even with its hour-long finale. With that being said, the series does cut off at a good and appropriate point for the next chapter to begin. What is offered here is a huge heaping of entertainment, showcasing big adventure, scary dangers, and some good laughs here and there. (A second season has been announced, though we can only guess when that will appear.)

Whatever amount of budget that was given to Kinema Citrus (Barakamon, Scorching Ping Pong Girls), it was worth every penny for the animation department. Reaching cinematic levels of detail and movement fluidity, the worlds and people of Made in Abyss are showcased with love and care in every single frame. Its settings and freaky creatures call back to the likes of Nausicaä of the Valley of the Wind, while at the same time its characters look more like something out of a kids’ picture book. Despite these two styles, they mesh together well flawlessly, serving as a reminder that even the sweetest of boys & girls could one day face an impeccable danger like Riko and Reg often come across. (I mean, didn’t Puella Magi Madoka Magica serve as enough of a warning regarding that?) 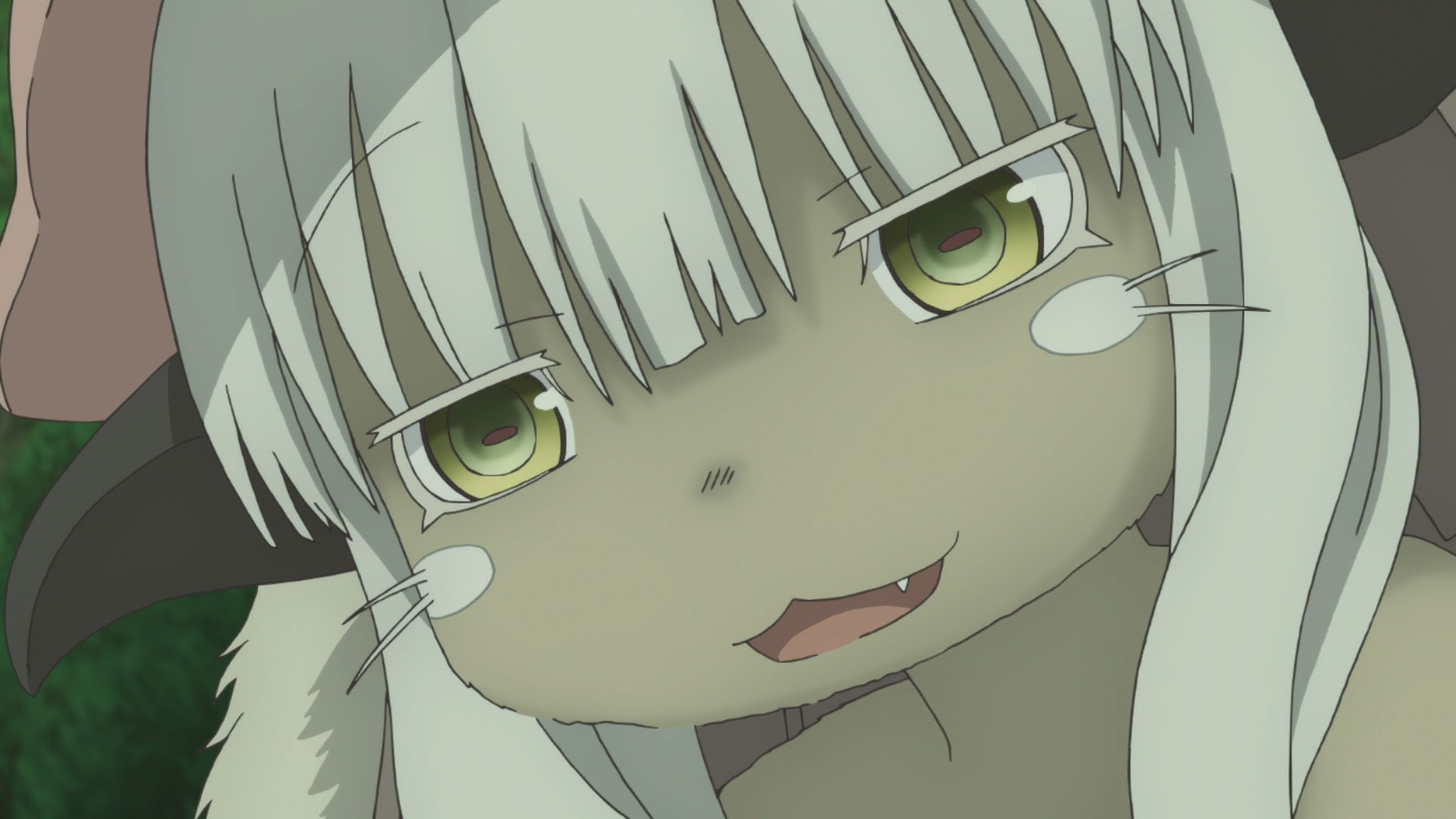 Both the Japanese and the English dubs carry a lot of strong emotion and personality with their characters. Tomita and Lauda's Riko demonstrates the child-like curiosity of someone wanting adventure and answers, even when they face a frightening situation. As Reg, both Ise and Christian showcase a strong-willed individual with a mighty spirit in his mechanical body, especially when he goes on the offense against the creatures of the world. Even with their late appearance, Nanachi's personality and broken heart is on full display thanks to the performances of Izawa and Karbowski. Though only communicating through bubbly grunts for the most part, Kitamura & Rial dive into the part of Mitty with much sadness. (After watching the season finale, you'll see why that is.)

Calling Kevin Penkin’s soundtrack gorgeous still does it a disservice. The Australian native’s melodies send chills down any listener’s spine with the most ambient sounds with a fantastical spirit. Penkin takes any moment, light or dark, and has it become his canvas for the songs that are birthed into the scenes. Dare I say, it took my breath away at every moment it enticed my ears. On-par with the mood is its opening and ending themes performed by Tomita and Ise, with the former "Deep In Abyss” diving into the series’s more darker elements. Show closer "Tabi no Hidarite, Saihate no Migite”, which also features Izawa on vocals, is the complete opposite, playing more with the fun and positive aspects of going on a mysterious journey of discovery. 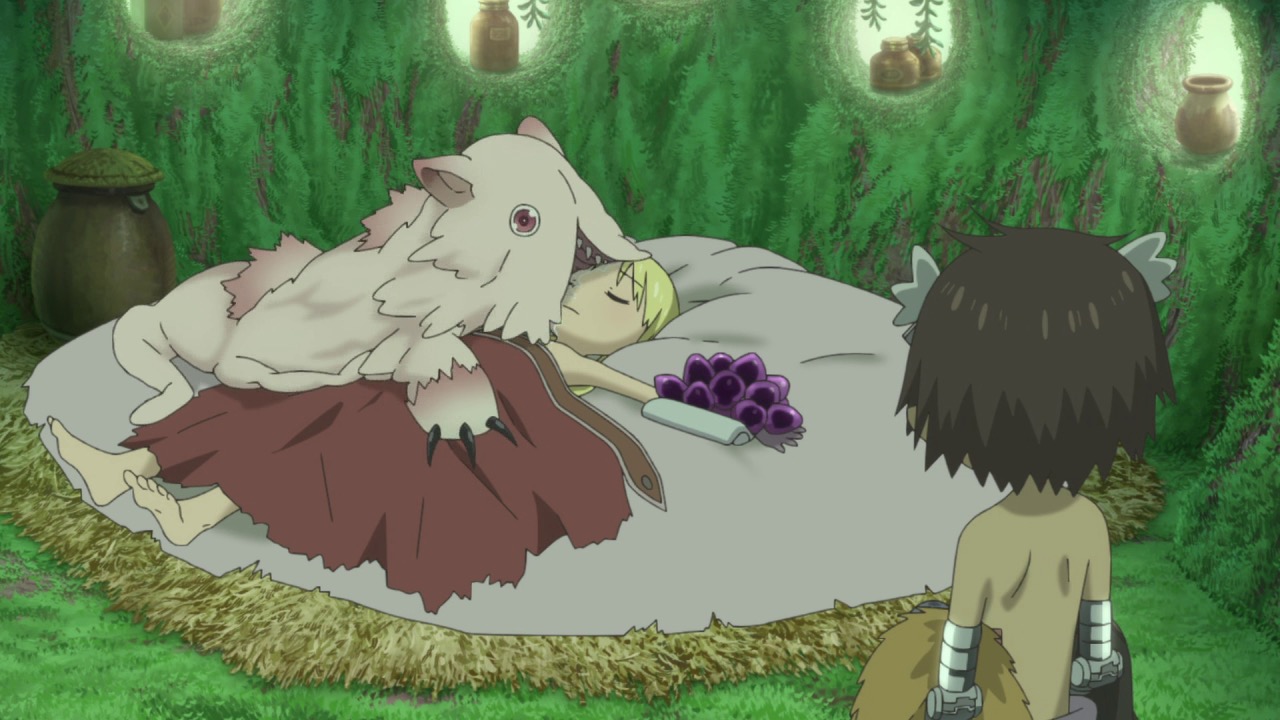 Sentai Filmworks gives a show like Made In Abyss the proper extras it deserves. Alongside the usual trailers, clean openings & closings, and promos, there are also some fantastic behind-the-scenes features that dive into the making of this show. How the music of the series was created is fascinating, with both a strong behind-the-scenes aspect and interview with composer Penkin diving into the heart of its formation. The two-parter making-of feature is a playful showcase of how the world of the manga transitions into an animated format. An added bonus is a highlight reel from the anime's first episode premiere, with the voice cast taking questions in front of a live audience and sharing their thoughts on the series as a whole.

Made In Abyss is many things. It’s funny, frightening, dramatic, heart-wrenching, and filled with as much hope as there is despair. Rarely does a television series — let alone an anime — go all in with every single emotion at full speed. And just when you think you are about to crash, it rescues you with a warm embrace. Like the perfect blend of Miyazaki's imagination with Hosoda’s humanity, Made In Abyss is a startling achievement that never dares worry about pushing the envelope too much. If anything, it sets the standard of what one can achieve in a fantasy adventure.

GAME REVIEW | Getting Your Groove...