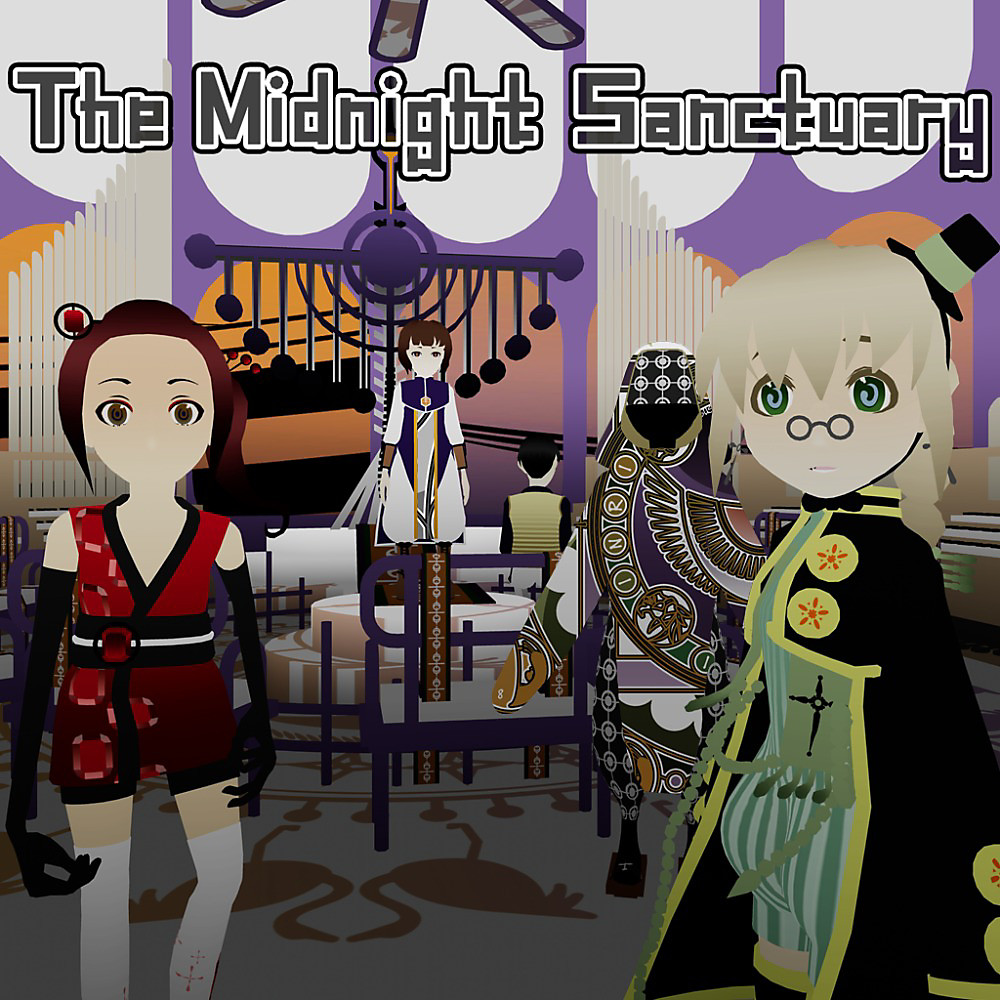 GAME REVIEW | An Unsettling Twist on Folklore In "The Midnight Sanctuary"

I've played my fair share of games that have been considered weird, some of which I enjoyed mainly because of said weirdness. CAVY HOUSE's The Midnight Sanctuary is a different kind of strange, that feels like it's intended to make you feel uneasy as you play. In some aspects, that's sort of commendable, almost in vein of a Lars Von Trier movie or one of Lou Reed's more artsy albums. But does The Midnight Sanctuary have a decent story at least?

Inspired by traditional folk tales and biblical teachings, The Midnight Sanctuary places its focus on Daiusu, a Christian town in Japan. Here the villagers have lived secluded from the rest of the world, giving way to strange traditions and perceptions on life in general. In order to expand on their beliefs, the town calls to Hamomoru Tachibana, who seeks to help make Daiusu a hot travel spot by archiving their legends and history. But as the town embraces the change, peculiar occurrences come around to shake up their beliefs and place rifts between certain townsfolk. 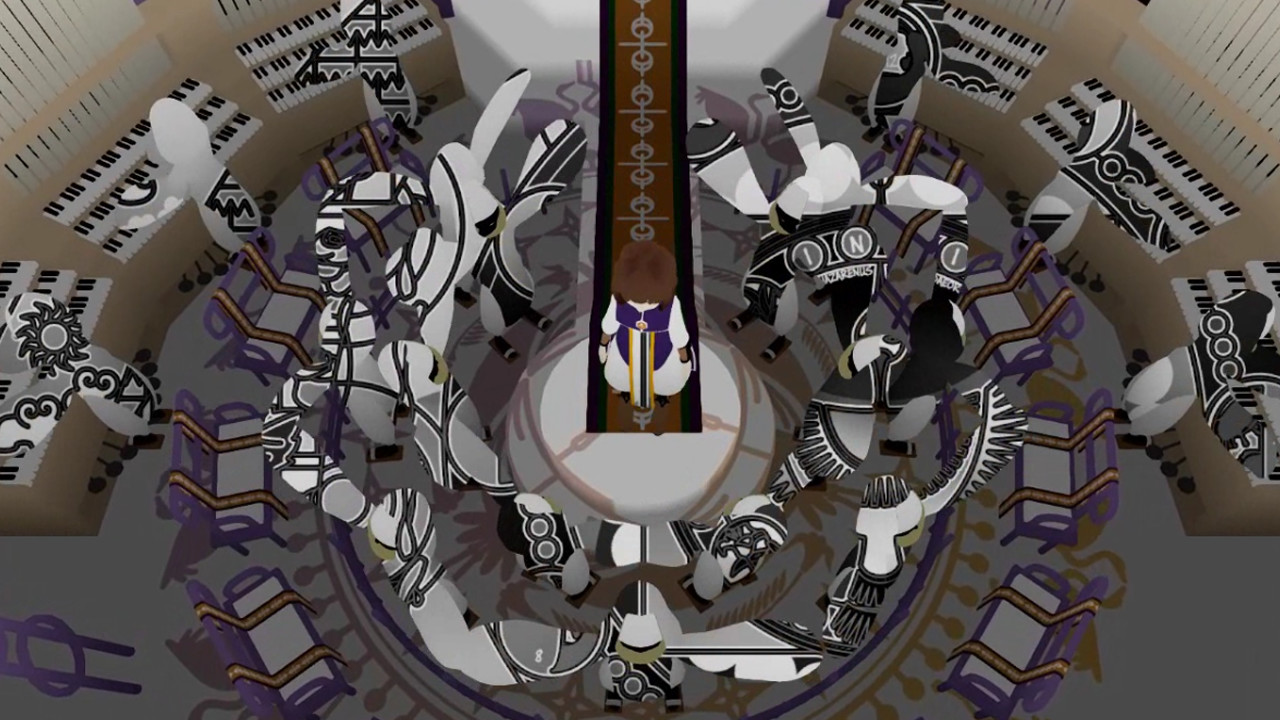 Right at the get-go, The Midnight Sanctuary attempts to stand out from other visual novels. Its visual style takes a very "out there" approach, looking like you're experiencing everything while on an acid trip. In some areas the overall look is very enticing, as it plays into the elements of mythology and spirituality as a whole. The themes of Christianity and Japanese fables comes off strongly in the art, with a slight nod to even Native American creation stories mixed in with Daiusu's symbols.

However, the graphics do come at a price, especially those who are sensitive to certain visuals. A few times while playing, I had to put my controller down and turn it off, as it was starting to hurt my eyes. While I do applaud CAVY HOUSE for trying something very different with presenting a visual novel, the final product made me feel rather uncomfortable in places. Perhaps it's due to certain parts of my brain being overstimulated; or it could just be the way it's colored. Either way, this title won't be suited for everyone visual-wise. 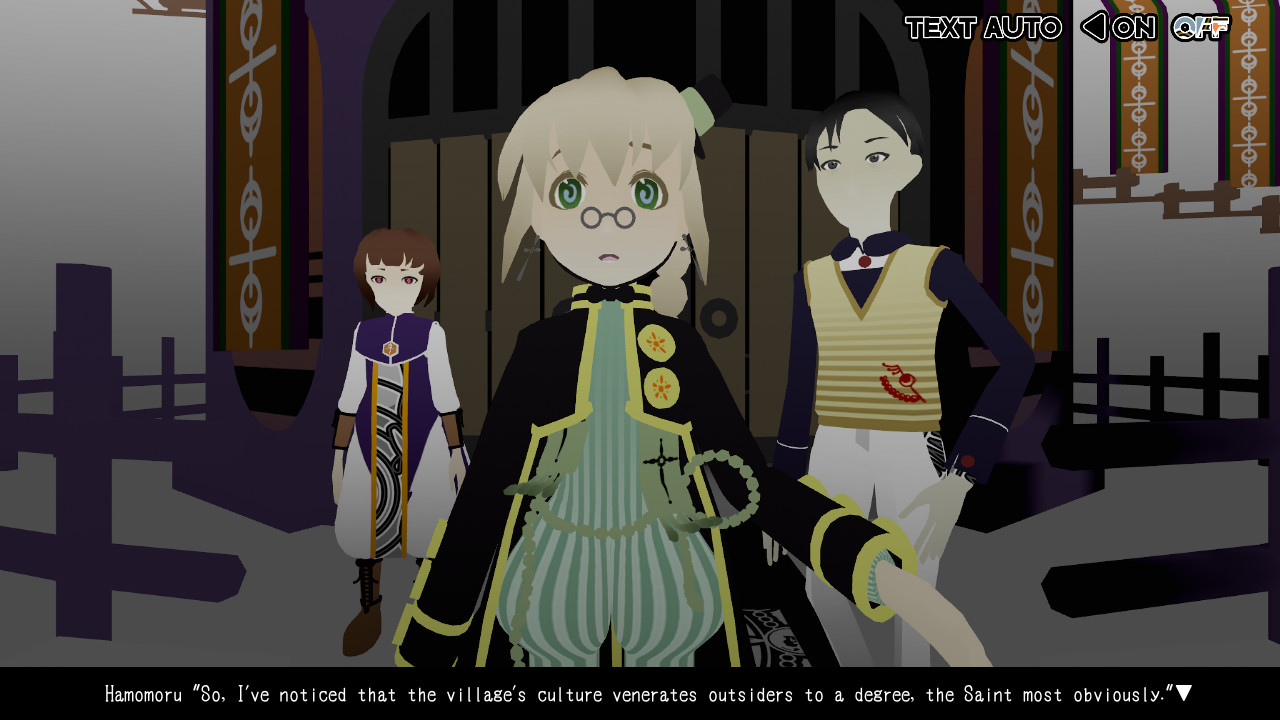 As for its story, The Midnight Sanctuary is pretty interesting. I rather enjoyed watching Hamomoru's interactions with the villagers and various strangers, as it gave way to some cool interpretations of classic tales like The Crane's Wife and certain Bible stories. It even gives way to some conflicts to how one perceives faith and religion, to the point where it gives solid arguments regarding whether or not gods or deities have a place in this modern world of ours. At its strongest, the game delivers some pretty smart (and sometimes) humorous anecdotes and lessons about faith and society as a whole.

With that being said, some of the dialogue could've easily been cut from the full game. Although it's nice to be able to experience a visual novel from time-to-time, I often felt like the chatter sometimes weighed down the overall story it was trying to tell. As such, it kept me from fully enjoying CAVY HOUSE's plot and twists. Although it has some good character development, what's presented here is too weighty for its own good. 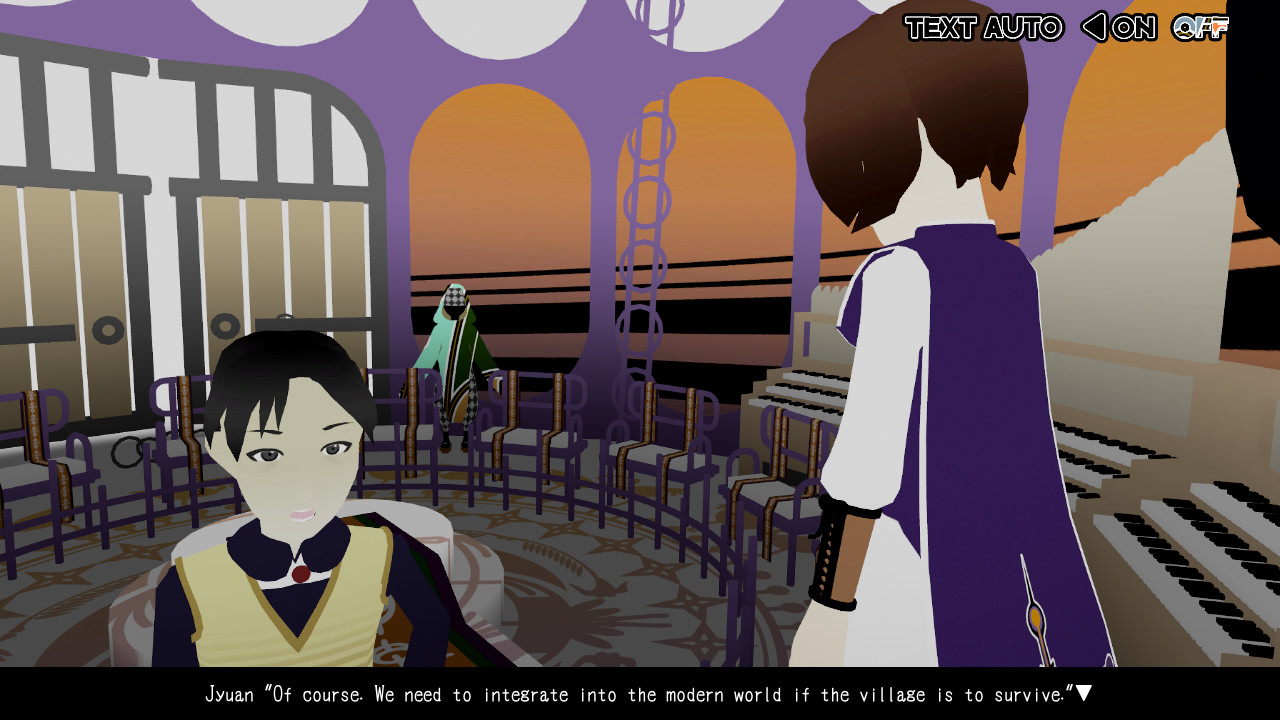 One other thing about this game that bothered me was its voice acting. While it was presented with very authentic performances, I noticed that the talking would cut out roughly half the time. I'm not exactly sure if it's due to an in-game bug, but it threw me off every time a character would start speaking, only to go completely silent mid-sentence.

The Midnight Sanctuary will take you roughly 8-9 hours to experience in full. Although it may not be worth experiencing it normally a second time around, taking it in via a virtual reality aspect may prove to be quite the trip. Sadly, as of this review, the VR mode has yet to be implemented into the PS4 version, so this reviewer cannot fully comment on how that version is.

Its visual aspect may be good, but the overall presentation of The Midnight Sanctuary is somewhat too strange to give a full recommendation. Although it has a lot of good ideas, it doesn't execute them all entirely well enough to make it worth partaking in. While the effort is well-intended, The Midnight Sanctuary just doesn't seem to drive enough faith on its own to support a strong overall experience.