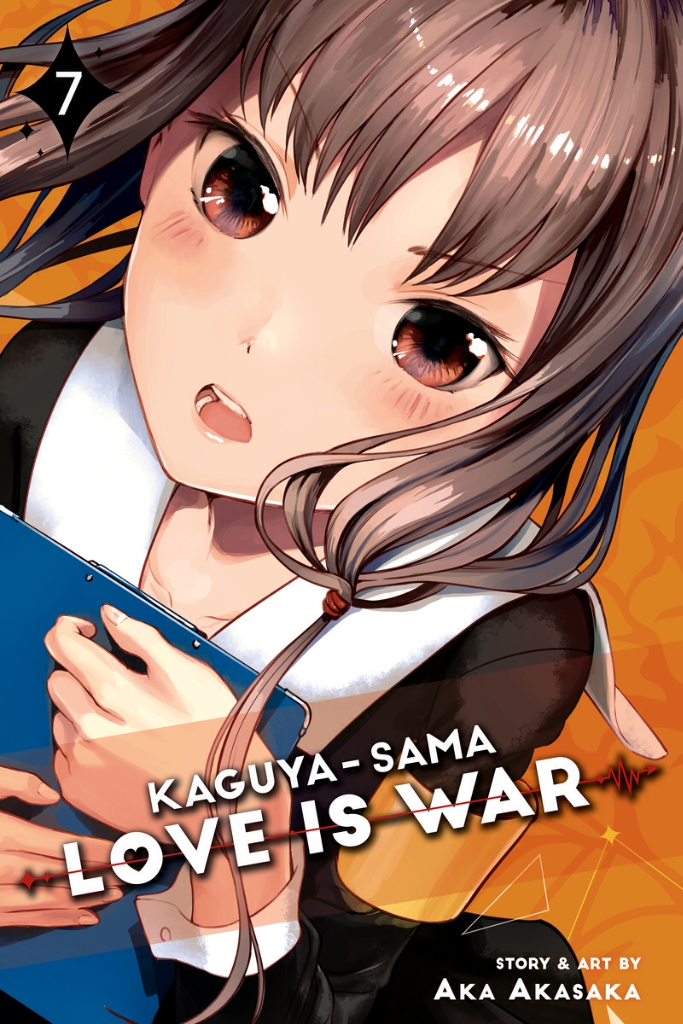 The intensive love tango that occurs between Kaguya and Miyuki in Kaguya-sama: Love Is War has become one of the big highlights in manga today, now currently expanding with its own hit series in the anime realm. But what happens when the thing that draws fans to each chapter is given the backseat treatment? In its seventh volume, Aka Akasaka takes his characters and places them into a threat that even their mere hearts can't tackle on their own: student council elections.

With the election season underway, Miyuki tries his hardest to win the opinion of his fellow classmates. But a threat in the form of first-year Miko Ino gives him a far greater challenge than he anticipated, as she manages to overcome Kaguya's mind games and flaunts a Vice President position to Chika. But when her Achille's Heel is revealed, Miyuki decides that he'd rather earn a victory instead of being it hand-delivered. And thus, Miyuki and Miko face head-on in a battle of wits, promises, and...fetishes? 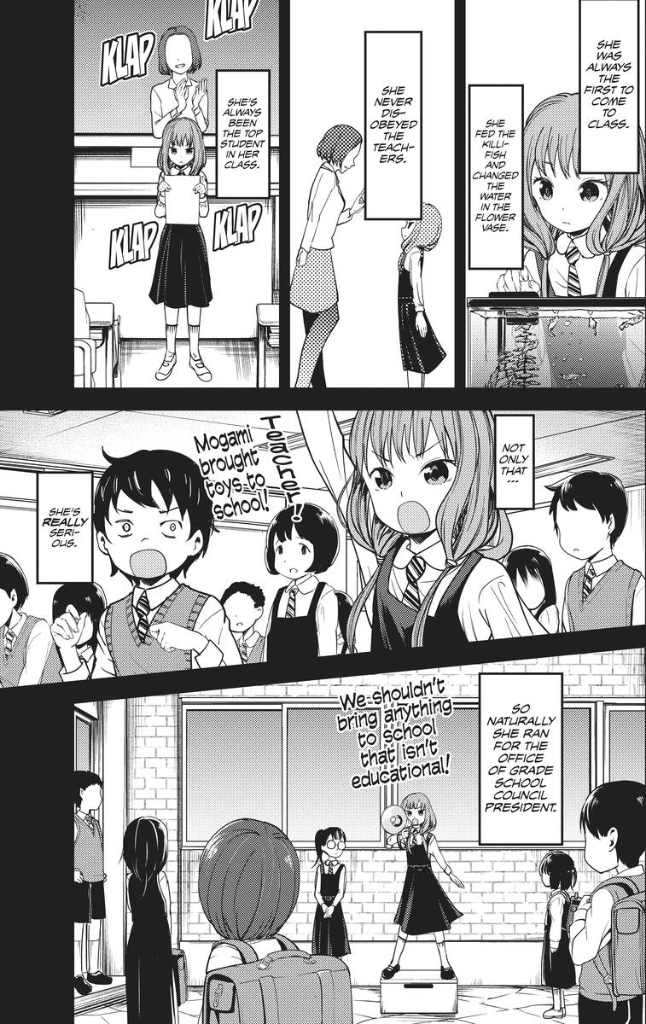 Having Miko added to the already-lively cast gives the rest of the characters a chance to fend for themselves in a different light. With the focus being on winning back seats rather than hearts, it gives Akasaka a chance to flesh out Kaguya, Miyuki, and the rest of the committee in ways we haven't seen it yet. For the most part, seeing Miko as a formidable opponent to the gang reveals a bit about how Miyuki can handle the matters of power instead of love. Granted, it's not as strong as the fights between him and Kaguya, but it's entertaining nonetheless.

Despite their love quarrels not being the focus of this volume, there are still some very humorous antics between the two main characters. An art class battle has Miyuki attempt his best to make Kaguya look as cute as possible, whereas Kaguya has trouble not making Miyuki handsome. Miyuki struggling to ask Kaguya to give him an endorsement speech has the entire school thinking he's about to confess his love to her, leading up towards an adorably funny punchline. Oddly enough, Kaguya winds up being the more naughty of the two, as she attempts to make Miyuki confess what kind of underwear he wears. 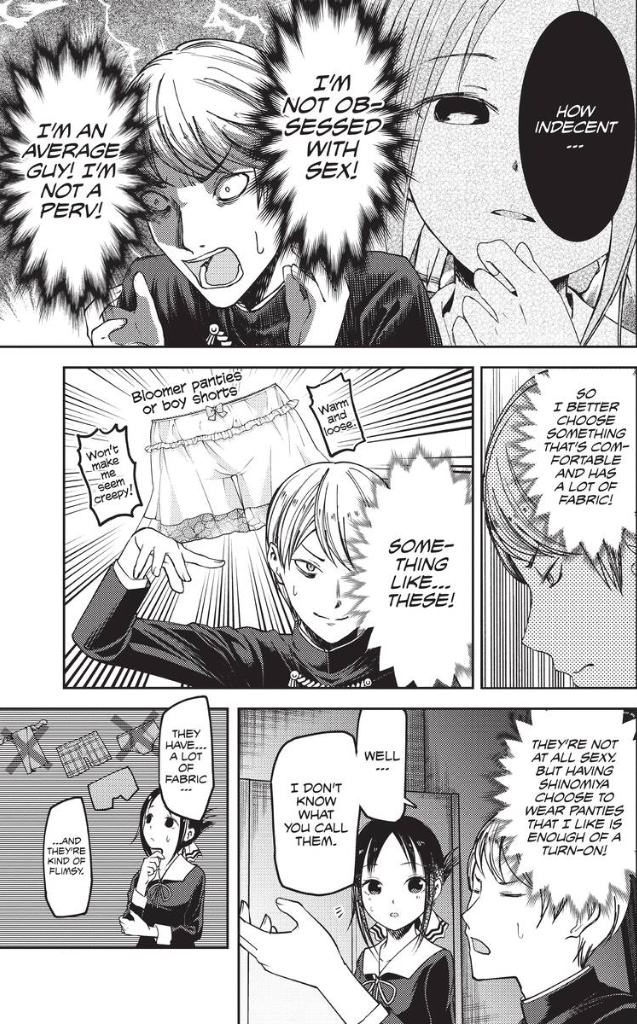 Volume Seven of Kaguya-sama: Love Is War may not have much of that lovey-dovey sparring between its two characters, but the addition of Miko gives its lovable cast something new to fight for. It'll be interesting to see what she might bring to the table in future volumes, but for the most part she has already proven to be a worthy adversary towards the gang. It'll be interesting to see how she'll act as an ally, though one hopes she doesn't take the spotlight away from Chika and Yu in the long run. At any rate, the latest volume of Kaguya-sama: Love Is War still manages to give a good amount of laughs, despite its main focus not being in the limelight as much.