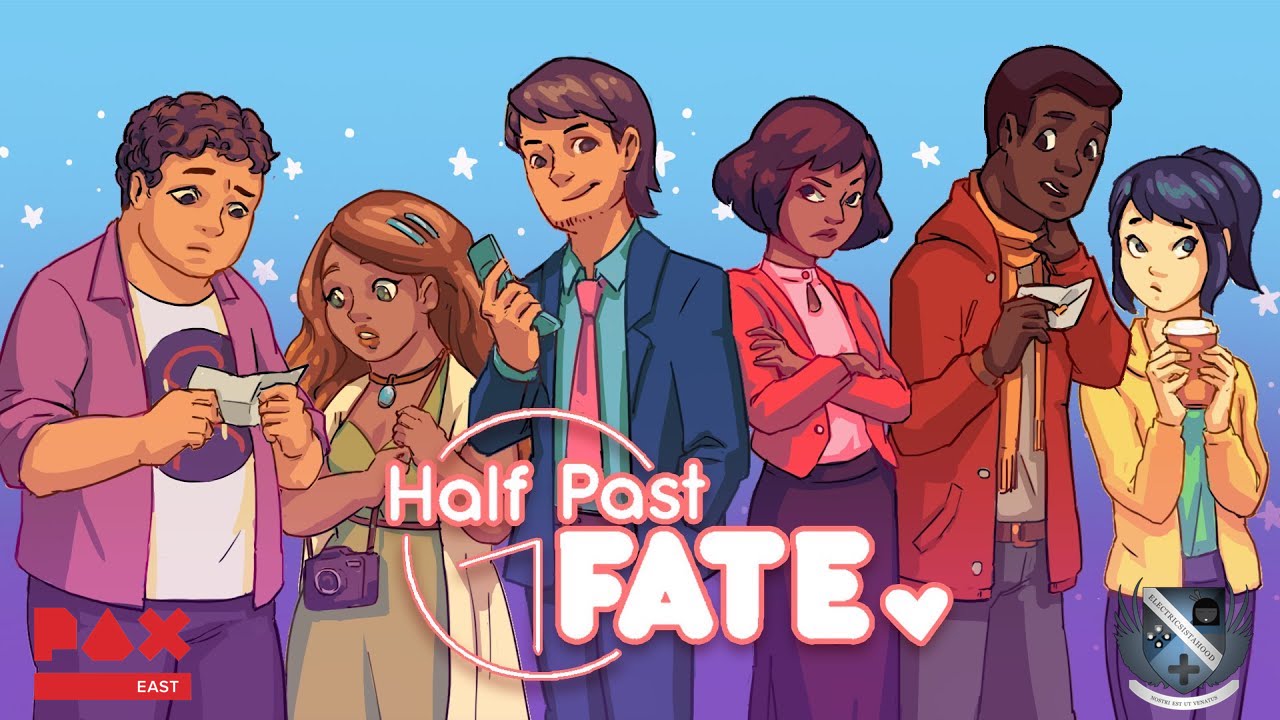 There are your point-and-click adventures, and there are your romantic visual novels. Developers Serenity Forge aims to combine both worlds and deliver a new experience for those itching for the old-school days of LucasArts and Sierra storytelling. With their upcoming title Half Past Fate, their determination may prove fruitful in the long-run.

At the Indie MegaBooth at PAX East, I had the opportunity to check out the start of one of the three storylines that’ll be showcased in Half Past Fate. This particular story focused on Rinden, who meets up with a friend before a meeting at a popular coffee spot. Working the register is his crush, whom he desperately wants to talk to. Using your skills, you’ll have to shorten the wait in line using both the skills of your inventory and your own personality. 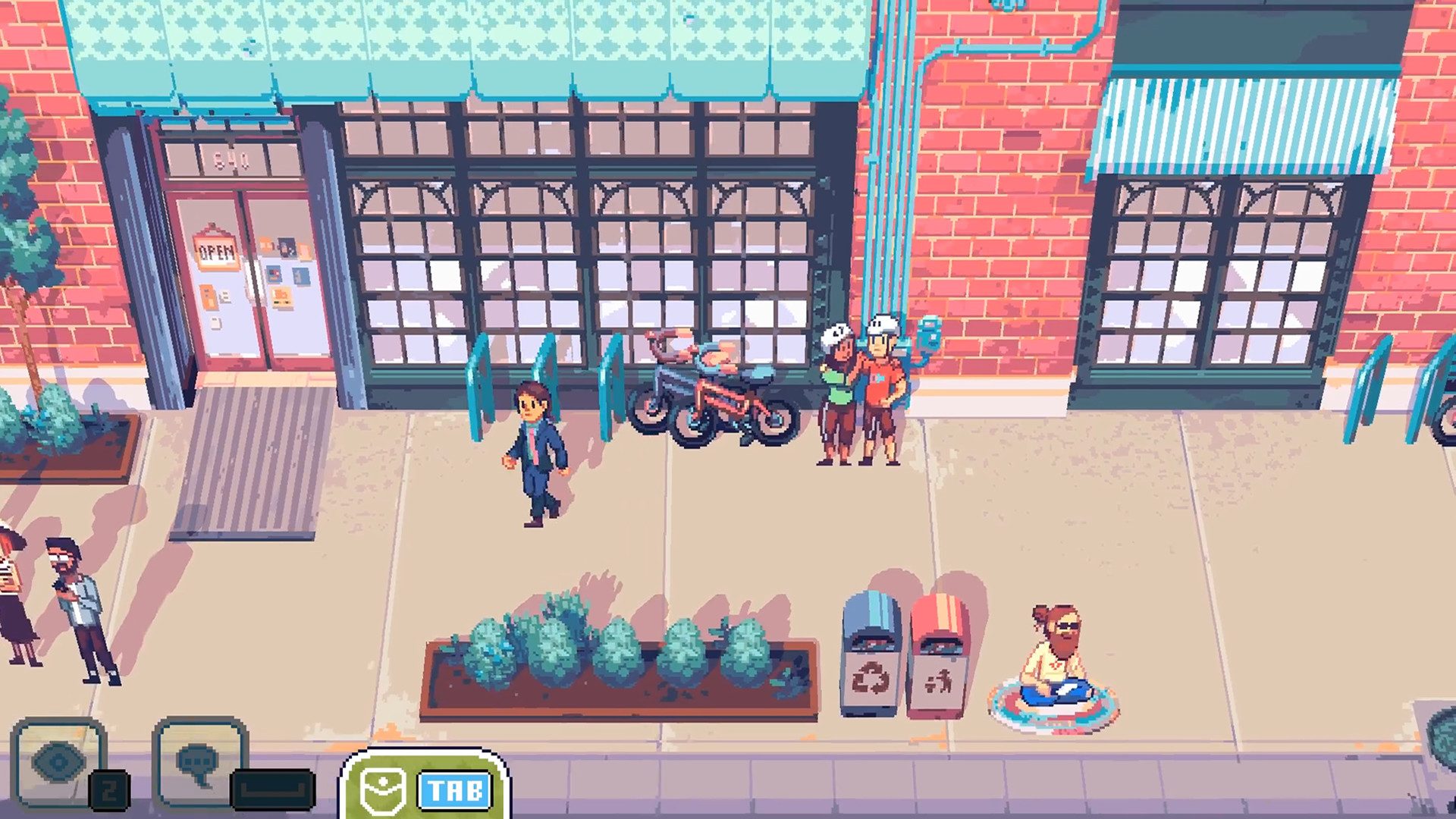 Taking inspiration from Hollywood rom-coms, the game places a good emphasis on both the romantic and humorous elements of dating, all the while showcasing some truly down-to-earth characters. (Personally, I related to Rinden’s troubles with talking to girls, not to mention his nervousness at the thought of asking someone out.) Its point-and-click elements give players the chance to explore and talk to many of the people in your vicinity, some of which may help you in your quest to get to the girl.

For example, a chat with a plastics enthusiast may lead you to picking up an empty bottle water, which will then result in getting some cash from the hippie. Said cash will aid the person at the counter, who doesn’t have enough for her cup of coffee. Other examples involving gathering cream for one’s drink or even talking a bodybuilder out of coffee in general. Of course, even if you succeed in getting to talk to the girl, it doesn’t mean that said chat will be successful. 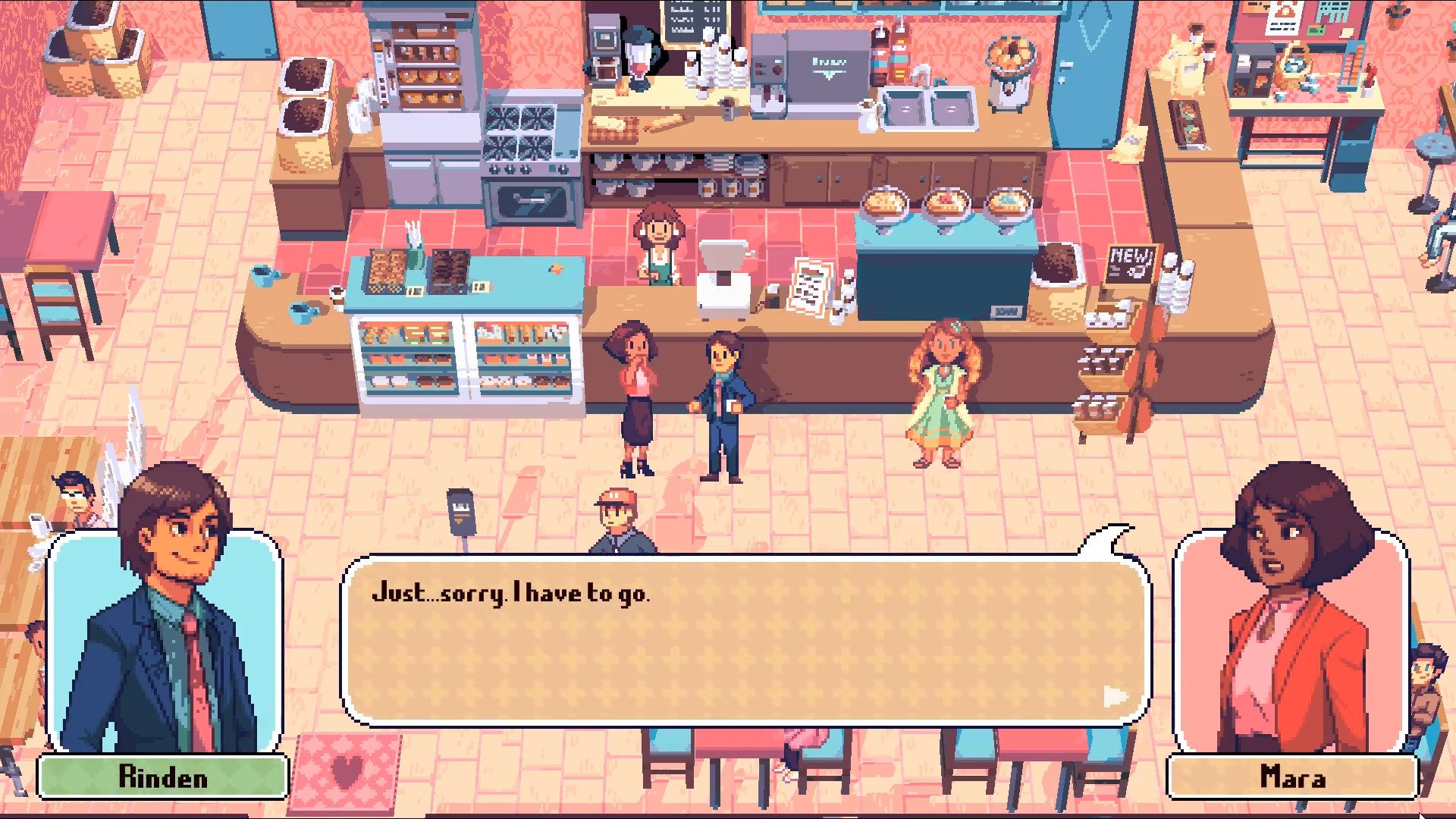 The demo ends right where I feel the story is going to truly begin, with another customer accidentally bumping into you and spilling your drink. Though Rinden’s luck seems to be on the bad side of things, there is the chance that this new person in your story may be the one Rinden may be looking for in their life. There’s also the possibility of having five other characters you interact with being the other people you play as, as the three romantic stories can range from taking place over eight hours or even eight years.

If you are a fan of classic adventure games and romantic comedies, then Half Past Fate is looking to be up your alley. With its mixture of retro visuals and relatable storytelling, Serenity Forge has the potential of crafting a true indie gem that all gamers can enjoy. Until its 2019 release on PC and consoles, I would recommend watching a good mixture of classic Tom Hanks and Hugh Grant films to prepare yourself for the lovey-dovey cuteness that Half Past Fate is aiming to give to its players.