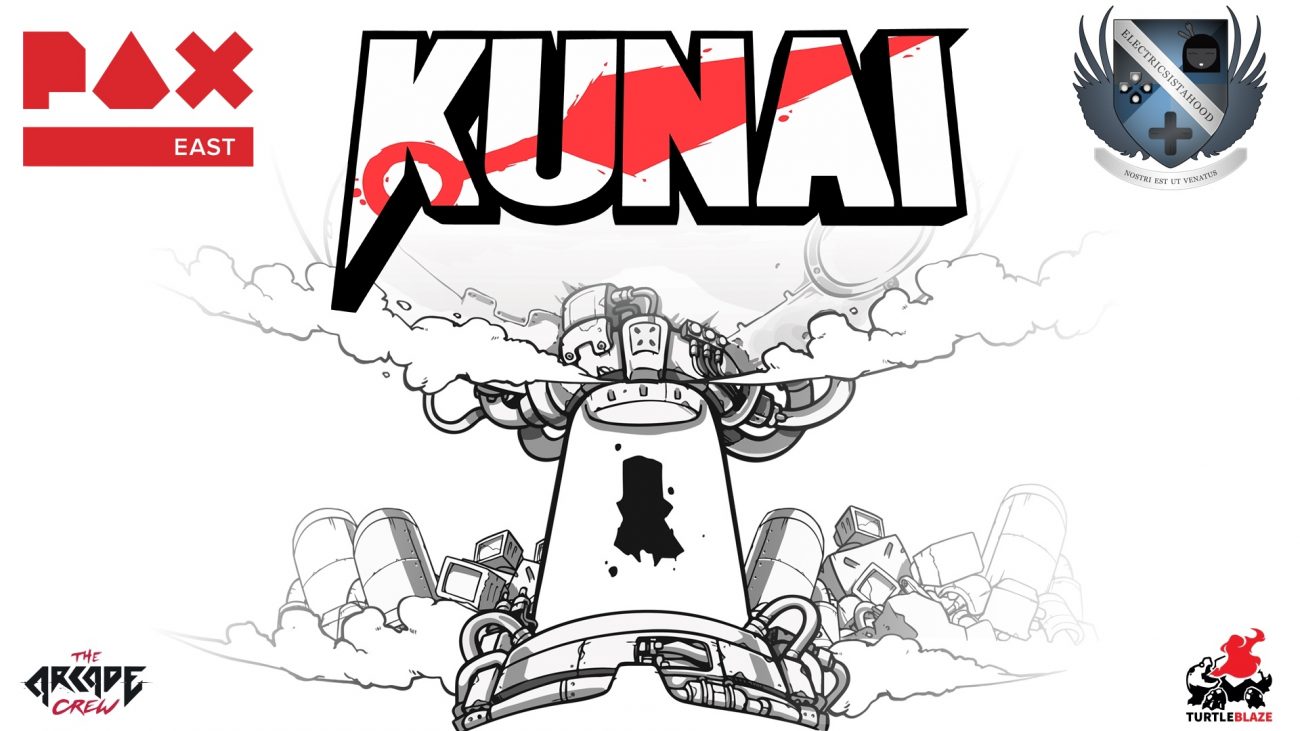 On the surface, the protagonist of The Arcade Crew’s KUNAI may seem like the friendly fellow. A cross between BMO from Adventure Time and a Don Hertzfeldt concoction, the hero of this tale seems to be beaming with happiness at around every corner. That is, until you put a weapon in its hand. That’s when things get rather messy.

At The Arcade Crew’s booth, I had the opportunity to experience the first level and boss battle of KUNAI. The Turtleblaze title starts off a little slow, as the character of Tabby awakens from a long nap. While roaming around a mechanical graveyard, he comes across a katana. Upon picking it up, it unleashes a warrior’s spirit from within. When enemies start to appear, the cheery Tabby soon transforms into a rage-induced swords master. No robot too big or too small (even the tiny robo-rats that roam the grounds) can escape the glitchy death that Tabby wishes to deal out. 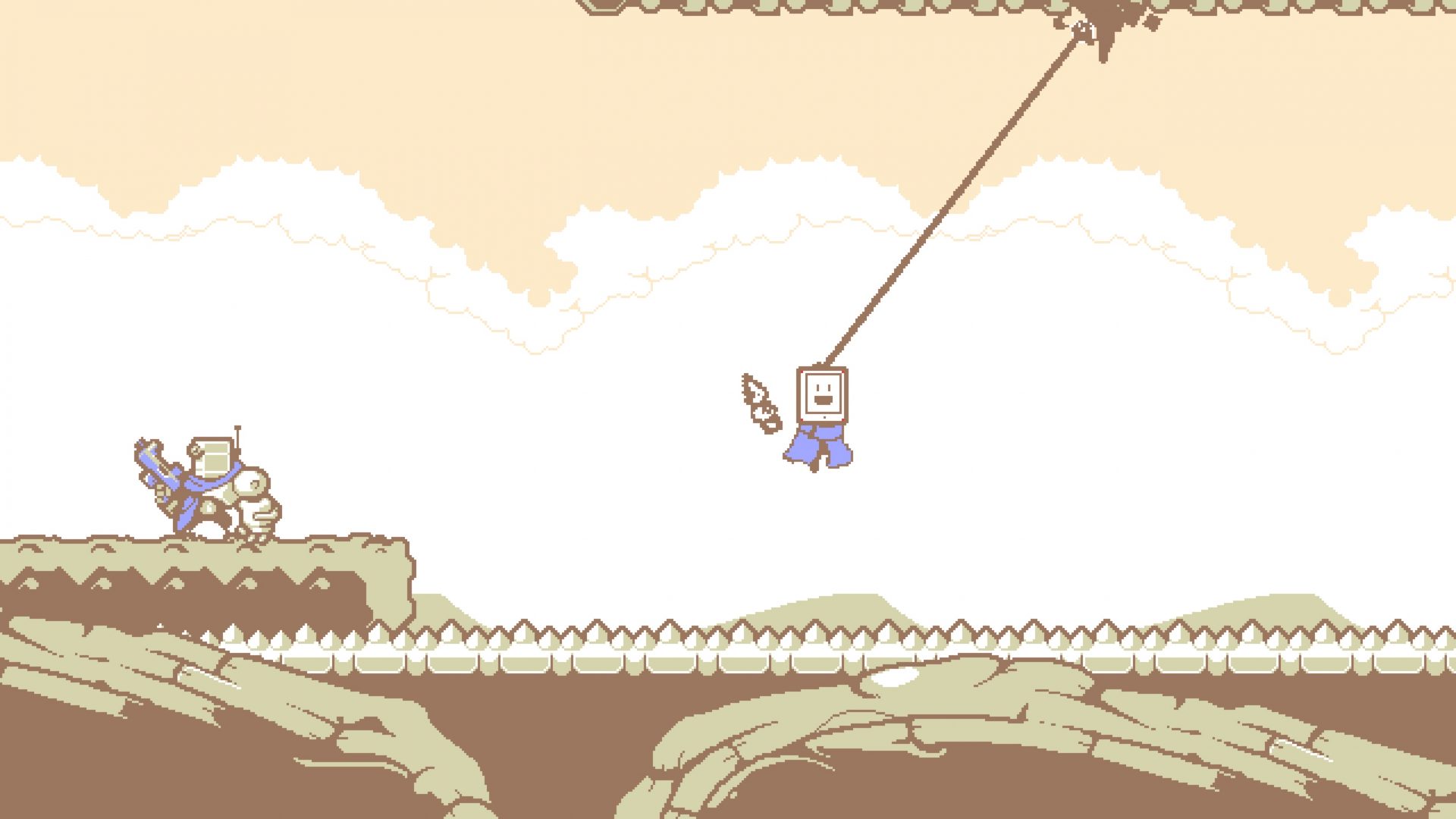 In the beginning of the demo, KUNAI seemed to be your run-of-the-mill slasher game, and even if that were the case, it was still presented in a fun and wild light. However, it’s when the you obtain the kunai (grappling hooks) when the gameplay gets a little more interesting. From there, puzzle elements enter the foray, as you attempt to reach higher places and time your swings to get that perfect landing. It’s an element that will take a good amount of time to master, one that probably won’t be fully figured out in the demo’s run time. Still, it’s a nice little addition to the already exciting gameplay.

As for the boss battle, the first one doesn’t need too much strategy to fully master. Rather, this fight seemed more focus on showing players the ropes and remind them of what they learned rather than give them a proper challenge. With that being said, it did take me a good amount of time before I figured out how I should swing towards the boss, as it constantly threw weapons and other enemies my way to hinder my skills.

KUNAI thus far is looking to be a very fun and deep game. Its narrative and gameplay means demonstrate something different from the usual Metroidvania titles we’ve gotten in the past. While we don’t know when KUNAI hits either PC or Nintendo Switch, its promise of a hero far different than most will certainly have players itching to dive in when the time comes for Tabby to be booted up by the powers that be.