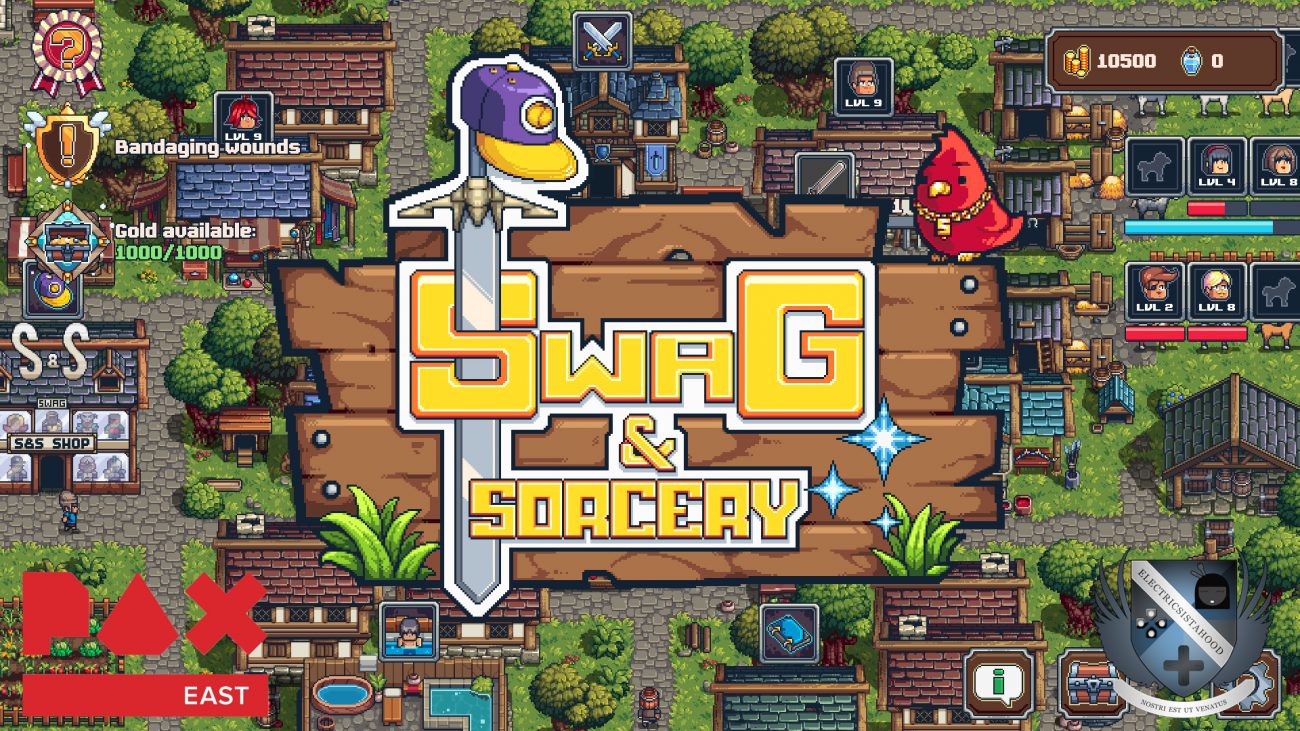 Even a great and wise king needs to get crunk, but what happens when their spending spree goes too far? The duo of Lazy Bear Games and Uroboros Games aim to show the effects of a willy-nilly spending monarchy with their upcoming adventure Swag and Sorcery. After my time with its demo at PAX East, I was kind of impressed with what they’ve done with this somewhat tired genre.

Swag and Sorcery has players hiring heroes, crafting their weaponry & armor, and building new areas to master one’s forte. As some of that sweet coin is required to do all of this, players will have to go on quick missions to earn cash and collect various necessities. While you build a heroic crew, one of the king’s right-hand men plots to end his rule, to the point where he throws every cliched tactic into his black cauldron. Only the finest stuff will keep your heroes strong in battle, even if they can get tacky at times. 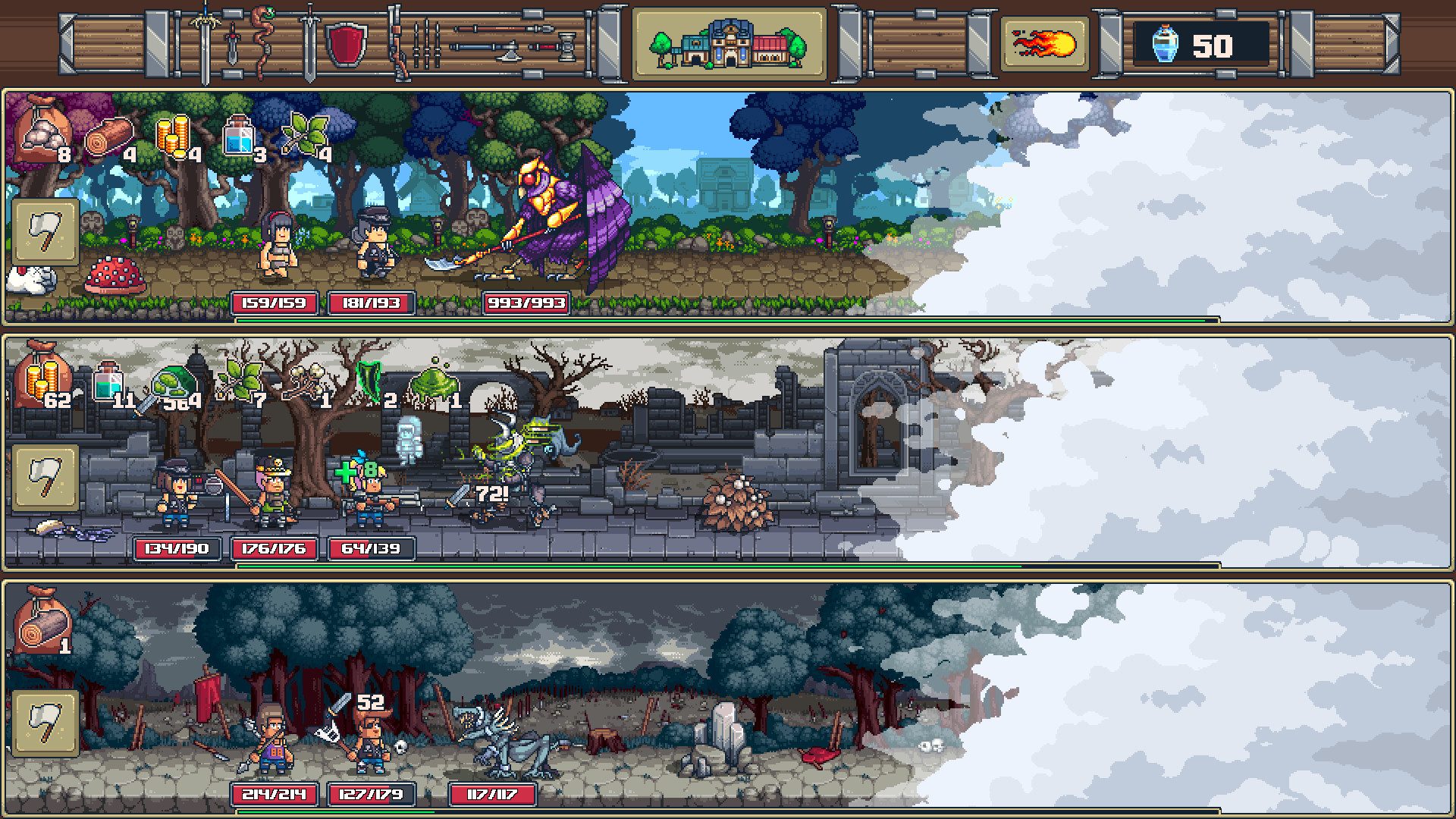 As one can guess, this is the sort of game that can take one’s time to get missions done. While the demo had its opening goals completed within a few seconds, players will more than likely come across ones that might take far longer to obtain. Fortunately, this is the type of adventure where you can send your heroes off into a mission, turn the game off, and then come back to it later to see if they succeeded in their quest. As such, Swag and Sorcery feels less like a chore to soldier through and more like a fun side-adventure to enjoy in-between one’s main playtime.

Players can expect to find and craft the usual items in a medieval world in TinyBuild’s upcoming title. You’ve got your swords and armor, and your run-of-the-mill plague-defending materials. However, one must question a knight’s need for LL Cool J-sized boomboxes or Kanye West-styled shades, not to mention why these even exist in this timeline! (Wizards, perhaps.) 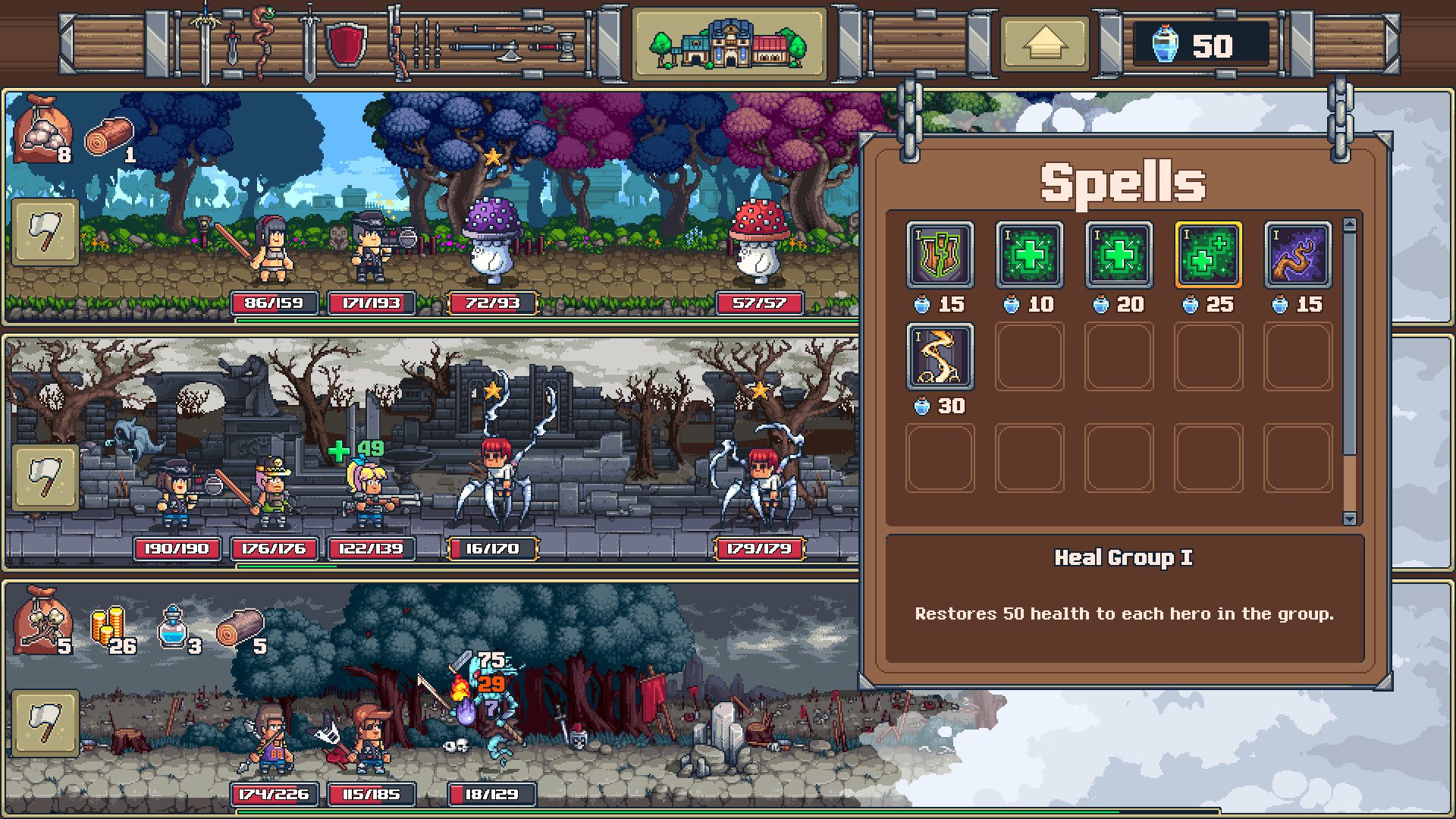 What helps Swag and Sorcery stand out from the other top-down simulation games out there is its storytelling elements. The tale of a king making poor life decisions leads its viewers with loads of humor at around every corner. One of the funnier parts of said story comes in the form of a talking cat, whose sarcastic and mean-spirited remarks act as the proverbial eye-roll that normally occurs with these sorts of games. It never fails to throw any sort of seriousness out of the window; it just wants to make its players laugh.

Swag and Sorcery is due on PC in 2019, with a possible Nintendo Switch launch on the same day. You know, so long as a certain monarchy doesn’t crumble from debt beforehand.