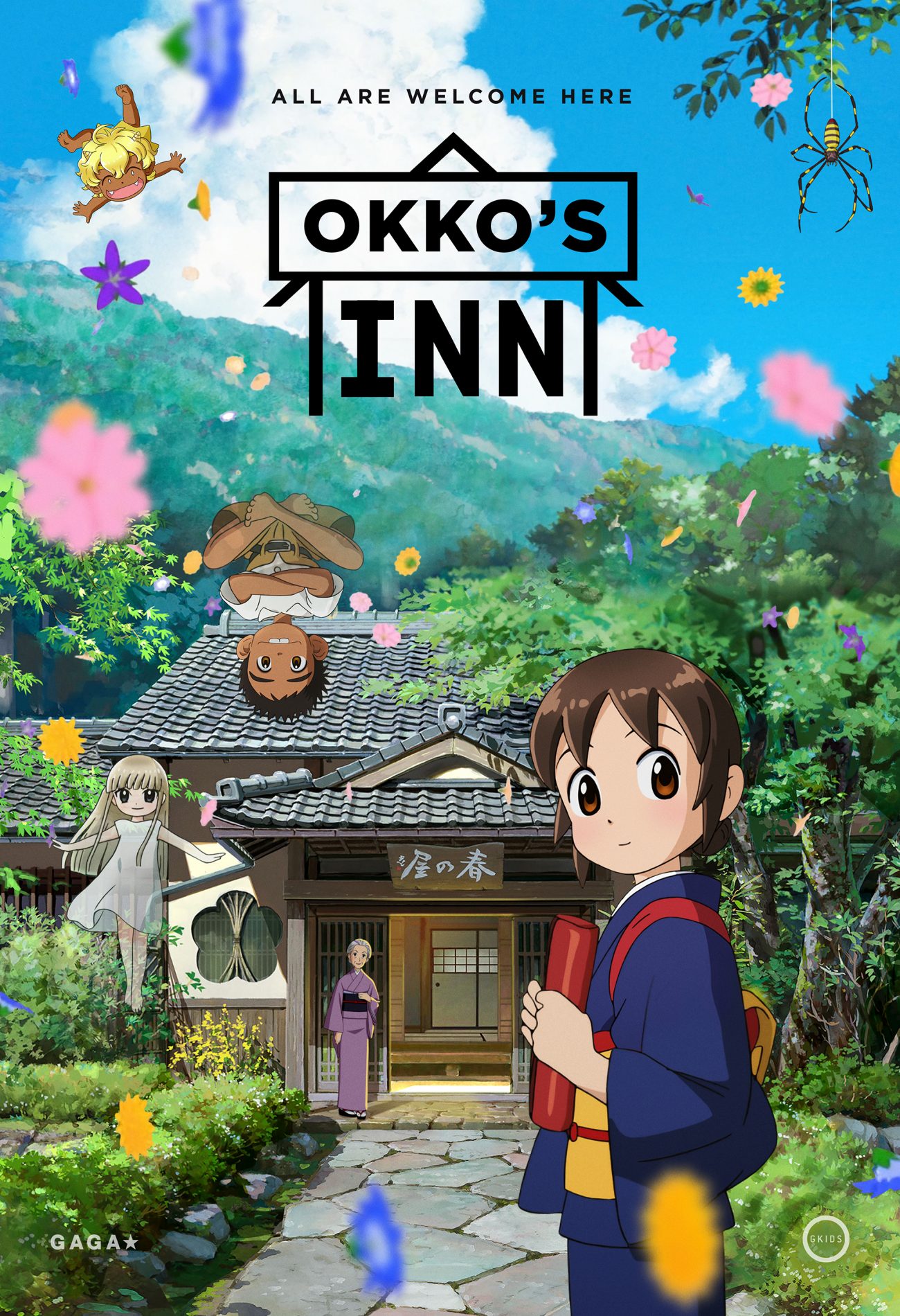 In an instant, your life can change for better or worse. For the young girl Okko (Madigan Kacmar), her very world is shattered when her parents die in a car accident. After being taken in by her grandmother Mineko (Glynis Ellis), she experiences life living at a hot springs inn. There's also one other little thing that's now on Okko's plate: she can talk to ghosts.

Directed by Studio Ghibli veteran Kitaro Kosaka, Okko's Inn places a spotlight on keeping one's head up and moving forward in life. The titular character is thrown into a whirlwind of new challenges and experiences, all the while still dealing with her recent loss. Thankfully, spirits Uribo (KJ Aikens) and Miyo (Tessa Frascogna) — along with a troublesome demon named Suzuki (Colleen O’Shaughnessey) — aid her along the way with the ways of the inn, even if they just give mere words of encouragement. 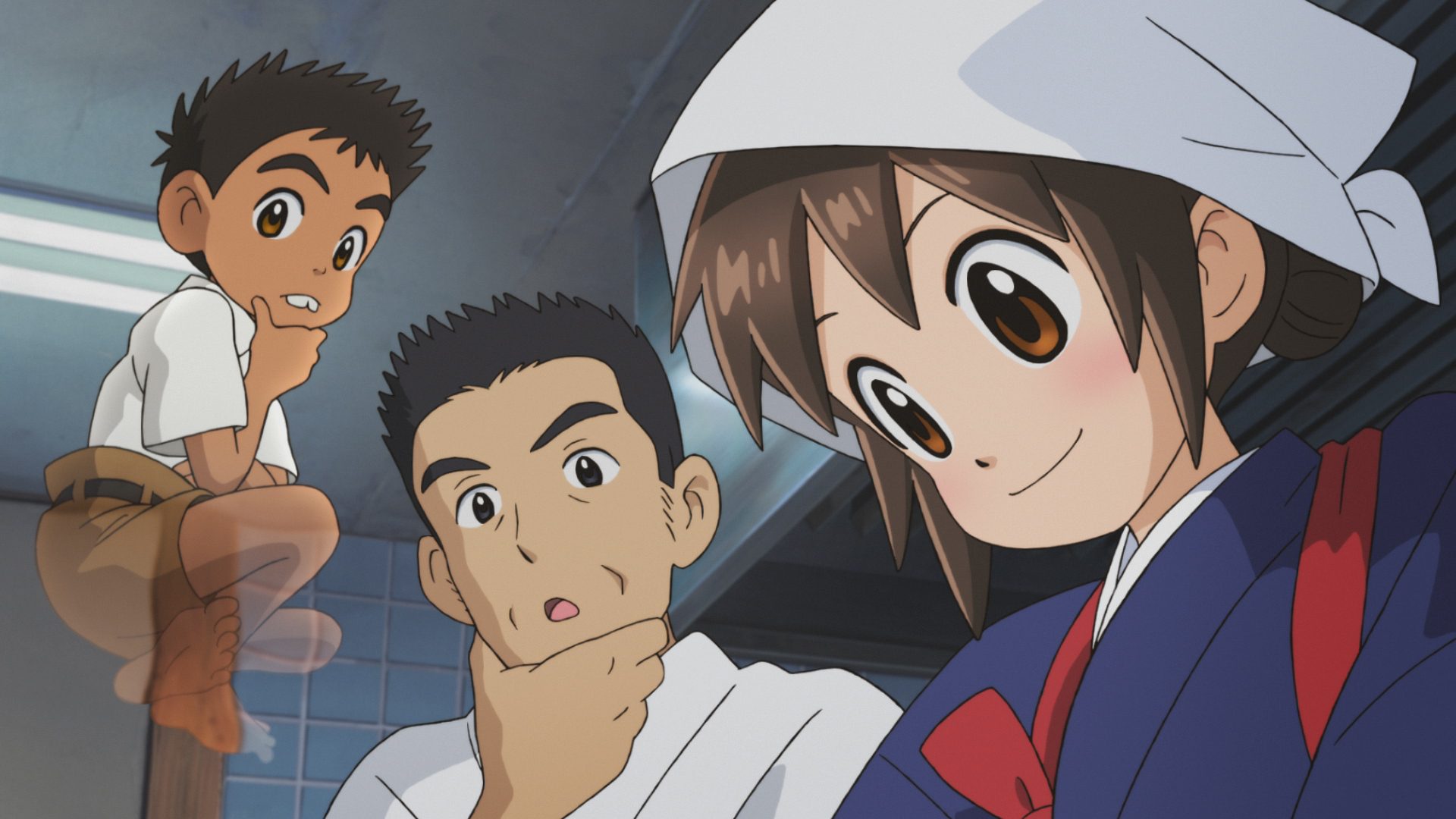 The film takes a more day-in-the-life approach with its storytelling. Outside of Okko’s tragic back-story, most of what occurs doesn’t have a true thread that weaves throughout the film’s narrative. A reason for that may involve with the film being based on a twenty-volumed light novel series by Hiroko Reijo, which — in turn — was then adapted into a 24-episode anime. As such, some deeper background elements and the like are left on the cutting room floor.

Fortunately, the performances from Kacmar and Ellis add a layer of realism and believability in their portrayals of Okko and Mineko. There’s a nurturing feeling when Mineko teaches the ways of the inn, while Okko balances responsibility with just wanting to be a kid. A trouble-making vibe is apparent in Aikens, Frascogna, and O’Shaughnessey’s portrayals of the spirits, but there’s a distinct caring tone present in their attitudes. A special nod to Brittany Cox as the psychic Glory Suiryo, who takes the role and evolves it into the big sister Okko needs during some of her rougher periods. 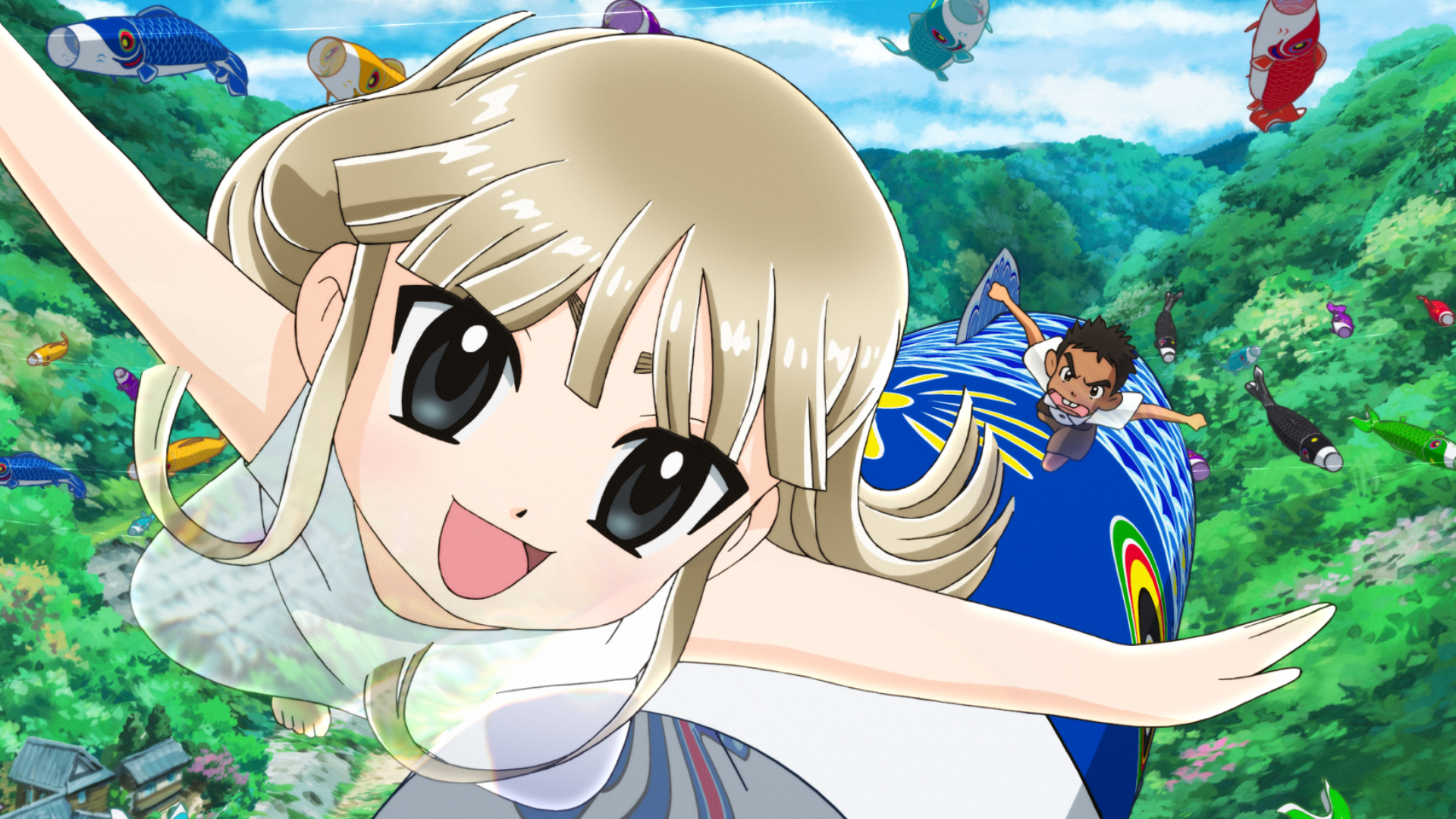 Animated by Studio Madhouse (Summer Wars, Boogiepop & Others), Okko’s Inn finds a way to mesh with Kosaka’s Ghibli-taught visuals and some more modern-based aesthetics. In a way, the beautiful backgrounds and scenery clash with the more big-eyed looks of the characters; at the same time, the personalities of said characters tend to compliment their own surroundings. Composed by Keiichi Suzuki (Tokyo Godfathers, Outrage trilogy), the soundtrack brings out the beauty both from within the characters’ spirits and the places they roam.

Okko's Inn has some strong moments and beautiful imagery. However, the way it condenses a full series into a 90-minute film results in the storytelling feeling rushed. Thankfully, the warmth and positive attitude Okko's Inn brings will no doubt entertain kids and adults throughout its runtime, even if the narrative can seem jumbled at times.