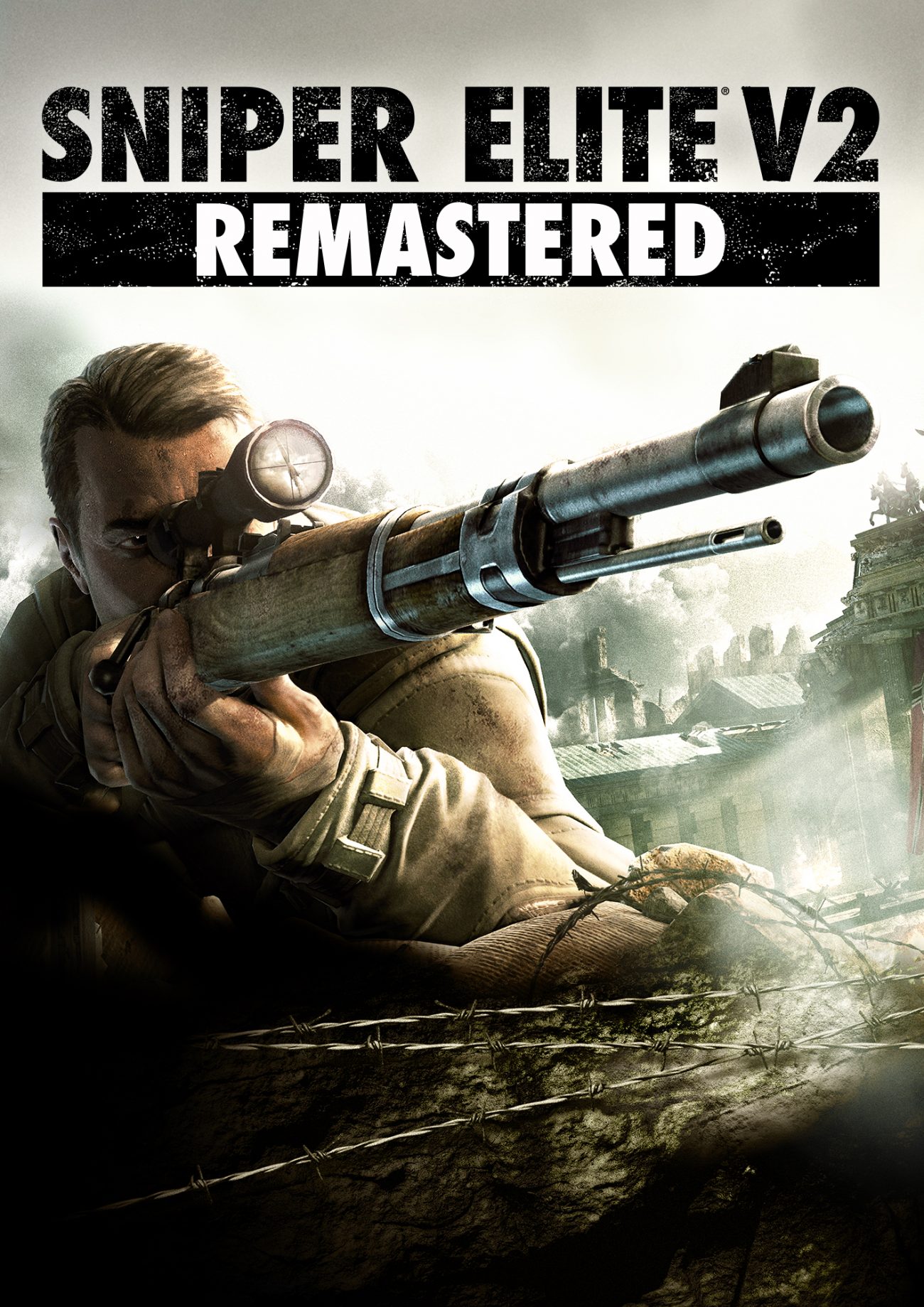 It was on the second day of May in the year 2012 when Rebellion Developments put both Activision and Electronic Arts on notice. Up until that point, the likes of Call of Duty and Battlefield were seen as the premier titles that gave players a true war-like experience. However, that’s when Sniper Elite V2 first peered its head, delivering the one thing these two long-running franchises lacked: true battleground strategy. Seven years later, Rebellion’s intense third-person shooter is given the remastered treatment, showcasing why this game still stands the tests of time.

A sequel to the first Sniper Elite title from 2005, V2 puts players back to the Battle of Berlin in April/May 1945. Lieutenant Karl Fairburne is sent to first assassinate German Major-General Hans von Eisenberg. However, during another mission, he comes across a plan revolving around the V-2 rockets, as well as the locations of the other scientists involved. As the only American soldier in the area, it’s up to Fairburne to stop the rockets from launching, thereby keeping Germany from nabbing a victory that could spell trouble for the Allies. 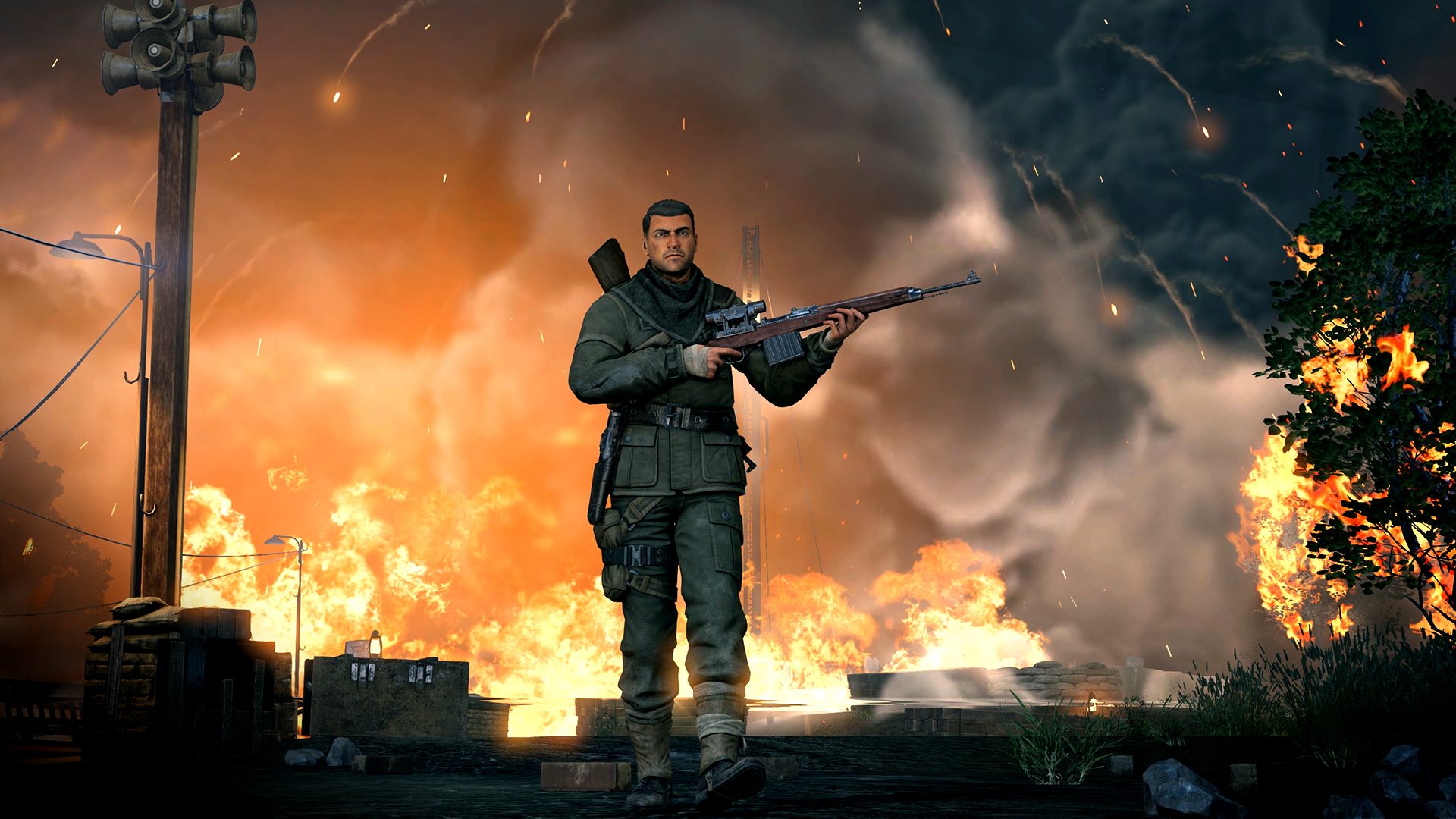 This series isn’t your run-and-gun kind of shooter; it’s a game that requires great patience to fully be successful. Even on the easiest Cadet difficulty setting, Rebellion made sure that every moment is filled with challenges and a need to perfectly align yourself with the targets in the vicinity. Marking the targets, measuring the wind, and even finding that perfect hiding place will often take you as much time in a level as certain full campaigns of other war-based games. And it’s this act of realism when it comes to being a sniper that makes it one of the most memorable franchises in its genre.

Sniper Elite V2 is a lot of things, but what it isn’t is dumb. Like a game of chess, Rebellion has given us the true thinking man’s shooter thanks to its on-par strategy and tension. Take one wrong shot, and your plan will be blown to smithereens. I lost count how many times I had to restart from the previous checkpoint, as every moment fighting against Nazis and Russian soldiers was filled with one challenge after another. Sometimes you luck out and have to fend off only a couple of them at a time; other moments you’ll be swarmed with German soldiers as you grit your teeth and attempt to survive a brutal firefight. 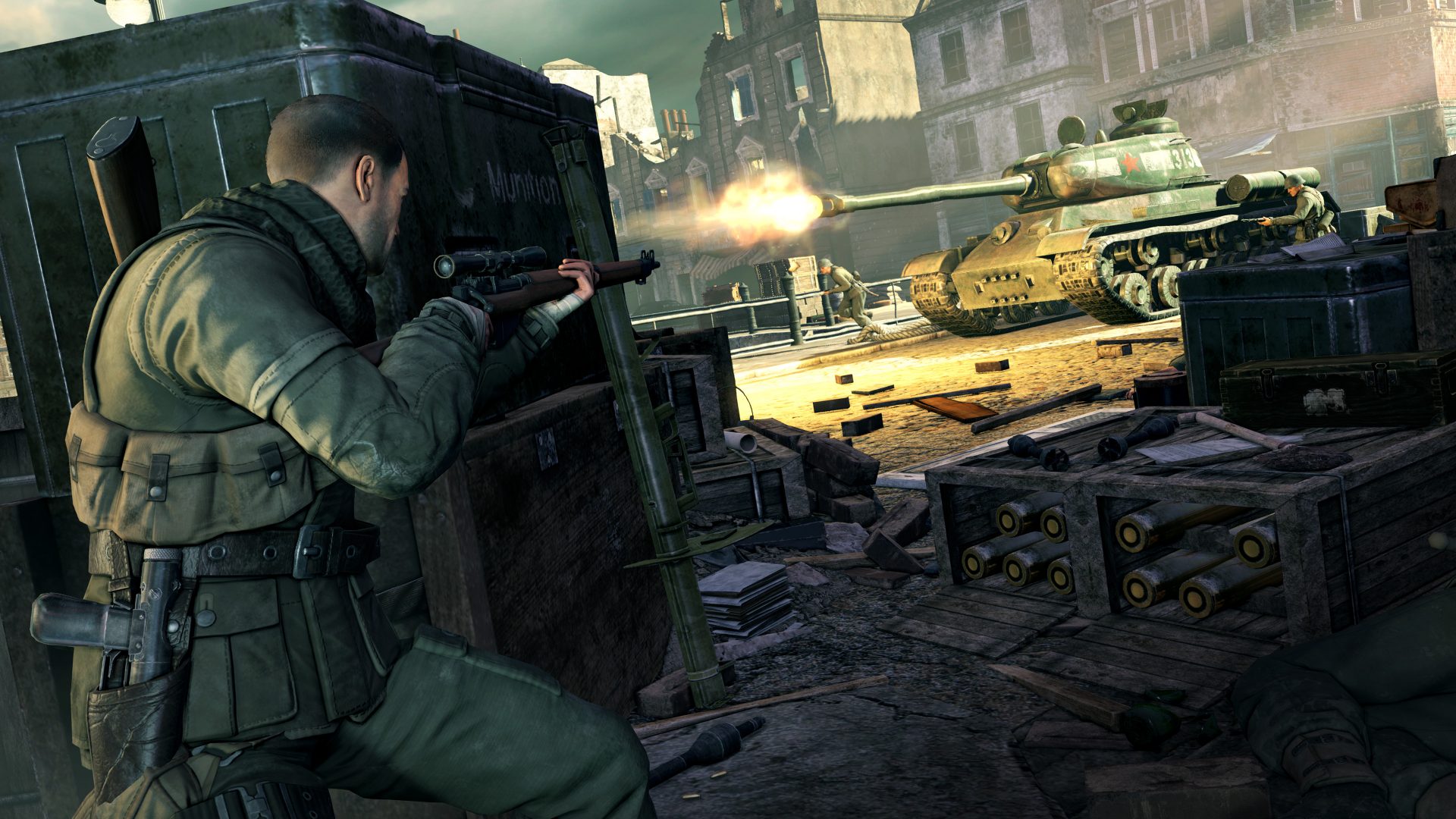 Seven years later, this game truly stands out from even some of the newer war-based titles. While it does lack a few things like sneak attacks and other sorts of kills that Sniper Elite 3 added a couple of years later, it nevertheless delivers an experience that still feels very fresh and fun. Making a sweet kill will — of course — reward you with a slick slow-motion x-ray-presented look of where you enemy gets shot and falls to their death. Even after all of this time, those moments are always a thrill to bear witness to (especially when you get to shoot a Nazi’s nut-sack off)!

A good sniper game requires great controls, and this remastering manages to give players a slick feeling in their fingers. Aiming, crawling, and pulling the trigger are as smooth here as they have been in previous installments of the Sniper Elite series. Honestly, you would have to intentionally mess around to muck up a shot, as the precision this game showcases is more on-point than others in its genre. Yes, it will take a bit to get some trick shots going, but even with just a little practice, you can be a stellar marksman on the battlefield. 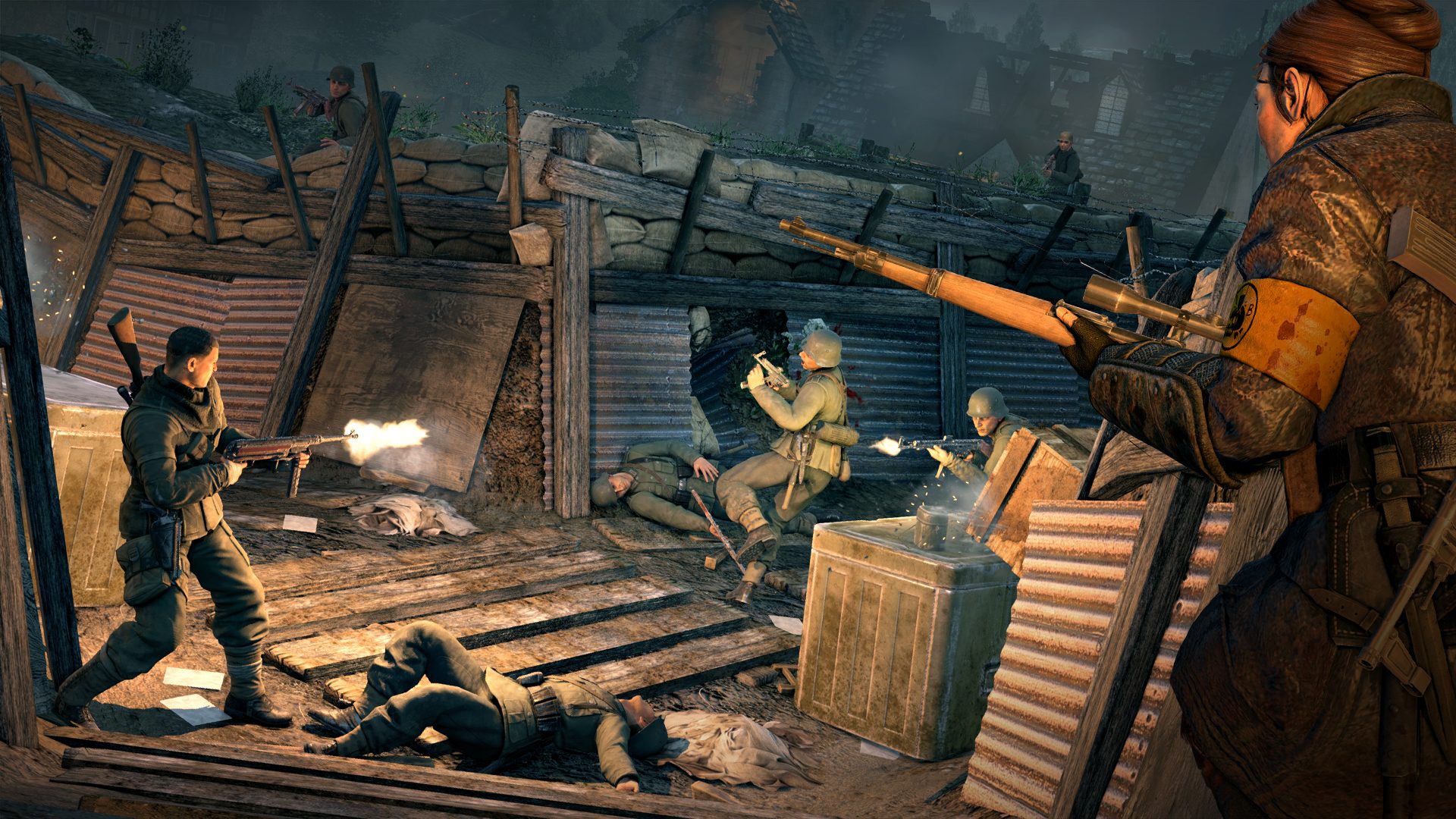 The graphics are where the remastering truly shines, with the upgrade from Xbox 360 to Xbox One being very noticeable right at the get-go. From the x-ray shots to the rundown and blown-up buildings you crawl through, everything is captured with gorgeous detail in every frame. Its bombastic score knows when to keep things quiet or ramp up the tension, with exciting orchestrations that fit perfectly when things go haywire in battle. Also on-point are its sound effects, with the gunshots and explosions sounding just real and loud enough to be believable without making players deaf.

Its ten-hour main campaign can be played solo or co-op with a friend, giving way to having loads of fun with a pal in tow. In multiplayer, up to sixteen people can take part in Deathmatches, Capture the Flag, and some dog-tag collecting. Included with the remastering is ever bit of DLC from the older game, showcasing a collection of missions outside of the main story. And yes, that also means you’ll get to kill Hitler again, an opportunity that never loses its luster!

This remastering of Sniper Elite V2 is a reminder of why I put this franchise high on a gaming pedestal. Beautiful in as many ways as there’re fun ways to tackle a mission, Rebellion Developments has re-crafted the game that put many other war-based video games to shame. While we wait for the next true installment in the series, Sniper Elite V2 Remastered will have zero issue scratching any sort of itchy trigger finger fans may have.

Promotional consideration provided by Sinan Kubba of Rebellion Developments. Reviewed on the Xbox One.