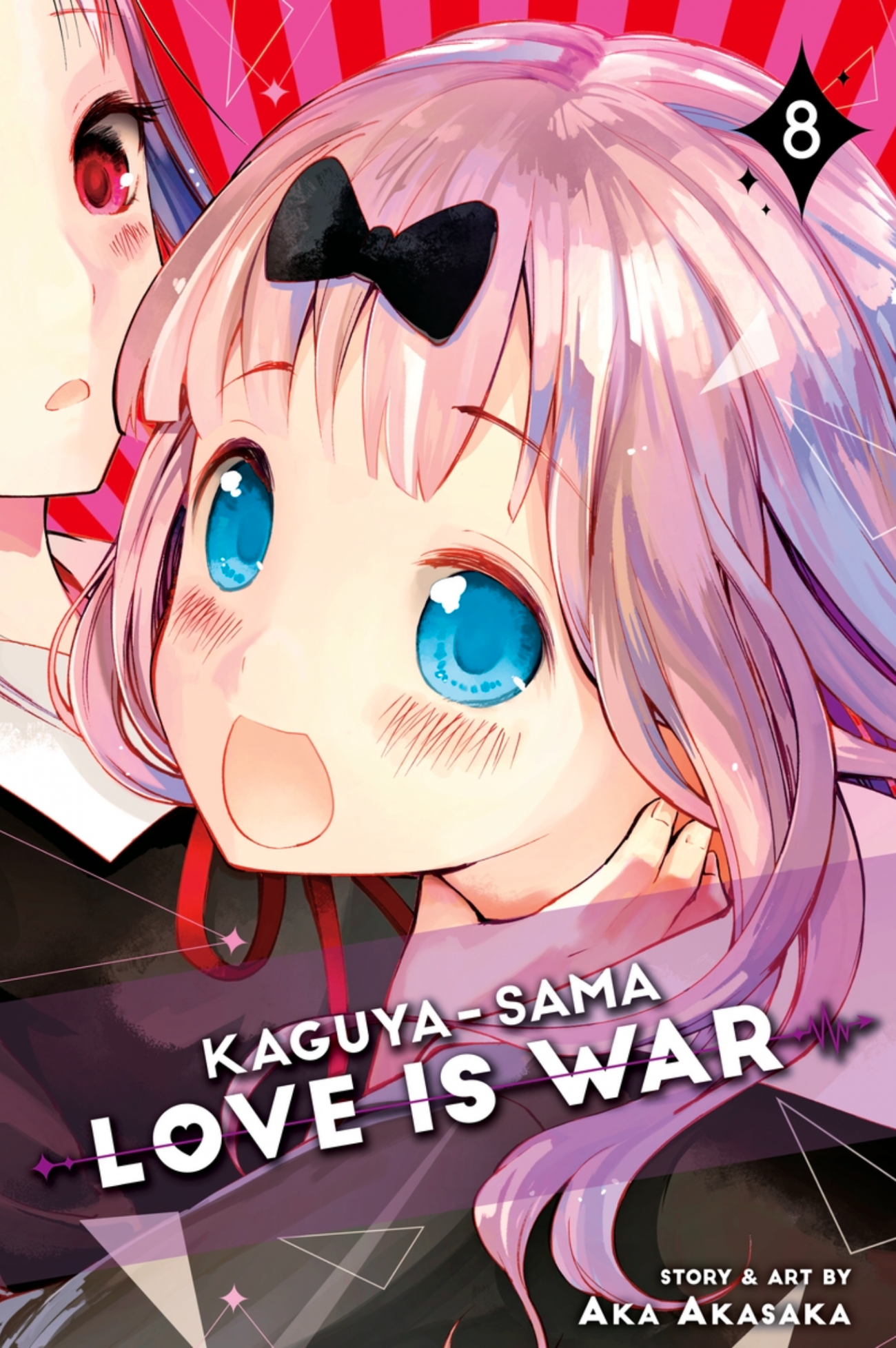 The addition of new blood into a popular series can have its merits. When it came to the previous volume of Kaguya-sama: Love is War, the bringing forth of new character Miko Ino gave readers a new perspective of Shuchiin Academy’s student council. Now that elections are over, and everyone is back in their respectable positions, the series can return to what it does best: the battle of the heart. What it results in is some of Kaguya-sama: Love is War’s funniest moments!

Kaguya and Miyuki face off again as they try to get the other to fall in love with them. This results in Kaguya wanting to keep the president from possibly cheating on him, while Miyuki uses a tactic involving shojo manga to possibly stir up lovey-dovey feelings within the VP. As this goes on, Miko somehow enters into one misunderstanding after another, with her mentality regarding Kaguya and Miyuki being that of a horn dog couple. Of course, as one can expect, there’s bound to be a Chika or Yu thrown into the mix of things. 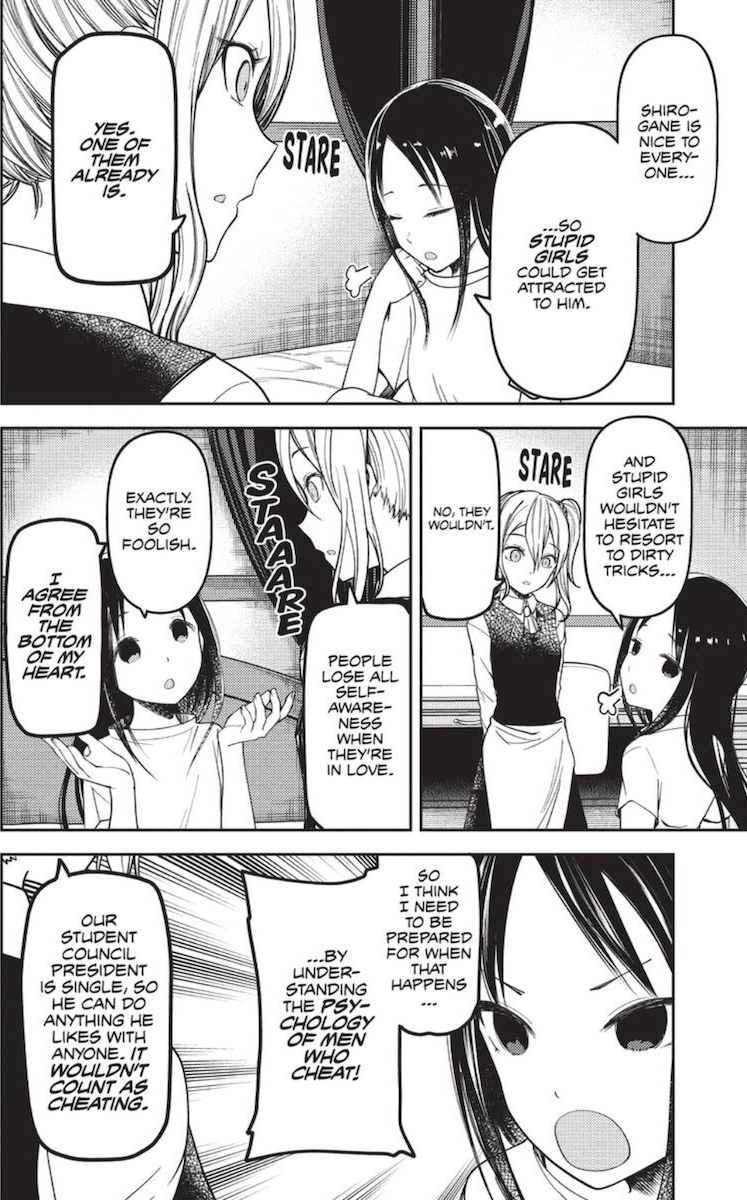 Volume Eight starts off strongly, as Kaguya attempts to learn about hormones via her assistant Ai. This leads her to discover how something as simple as the human touch can bring out some strong feelings from a possible partner. Unfortunately, her means of touching result in poor Miyuki receiving the worst hand massage imaginable! When Miko enters after the deed’s been done, it results in her first of many human errors.

Throughout this selection of Kaguya-sama: Love is War, more head games are showcased via mysterious aquarium tickets and going through the locked gym closest trope. At this point, it’s slowly showing that both Miyuki and Kaguya just really want to fall in love and almost get their challenges over with. Even as both manage to hold off from their urges, how things seemingly line up work to their advantage, even if neither of them planned it that way. Thankfully, the addition of Miko helps to stall the inevitable from happening, as one bad misunderstanding after another results in some embarrassing scenarios and huge laughs. 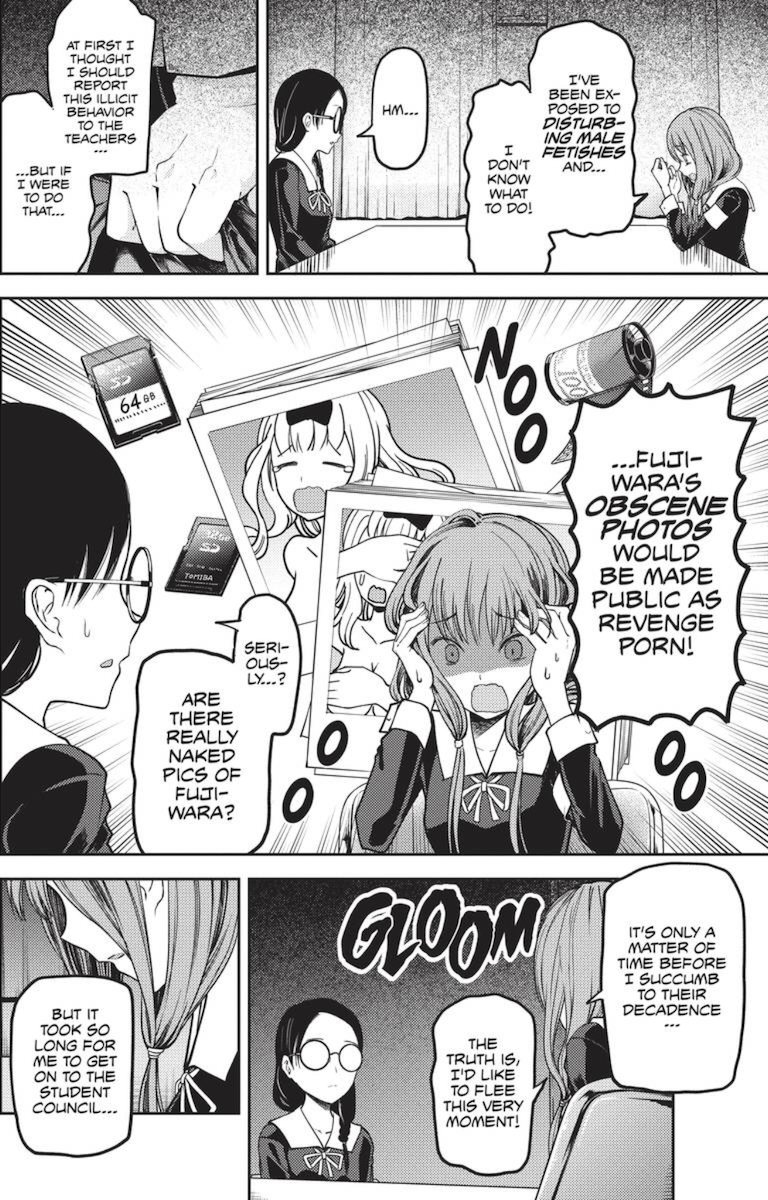 Of course, the best story in this volume involves an unexpected visit to the hospital. After Kaguya collapses, she learns from one of the ten best doctors in the world that she’s merely lovesick. Acting in quite the tsundere fashion, she keeps denying the fact, while all the best medical devices on the planet say she’s head-over-heels in love with Miyuki. The act not only riles up Kaguya to the core, but it embarrasses Ai to the point where she feels like she can’t even go to this particular hospital anymore!

After taking a break from the antics in Volume 7, it’s great to see Kaguya-sama: Love is War doing what it does best! Even as we have reached its eighth volume, the hilarious tension and punchlines delivered throughout this volume still manage to bring huge laughs in ways that rom-coms haven’t done before. For those still sad that the anime adaptation has ended, the latest volume of Kaguya-sama: Love is War shows that newfound fans of the series should certainly keep on following this strange and silly heartfelt dual between Kaguya and Miyuki to its very end. Heck, it doesn’t take a love detective to figure out just how entertaining this series still manages to be!