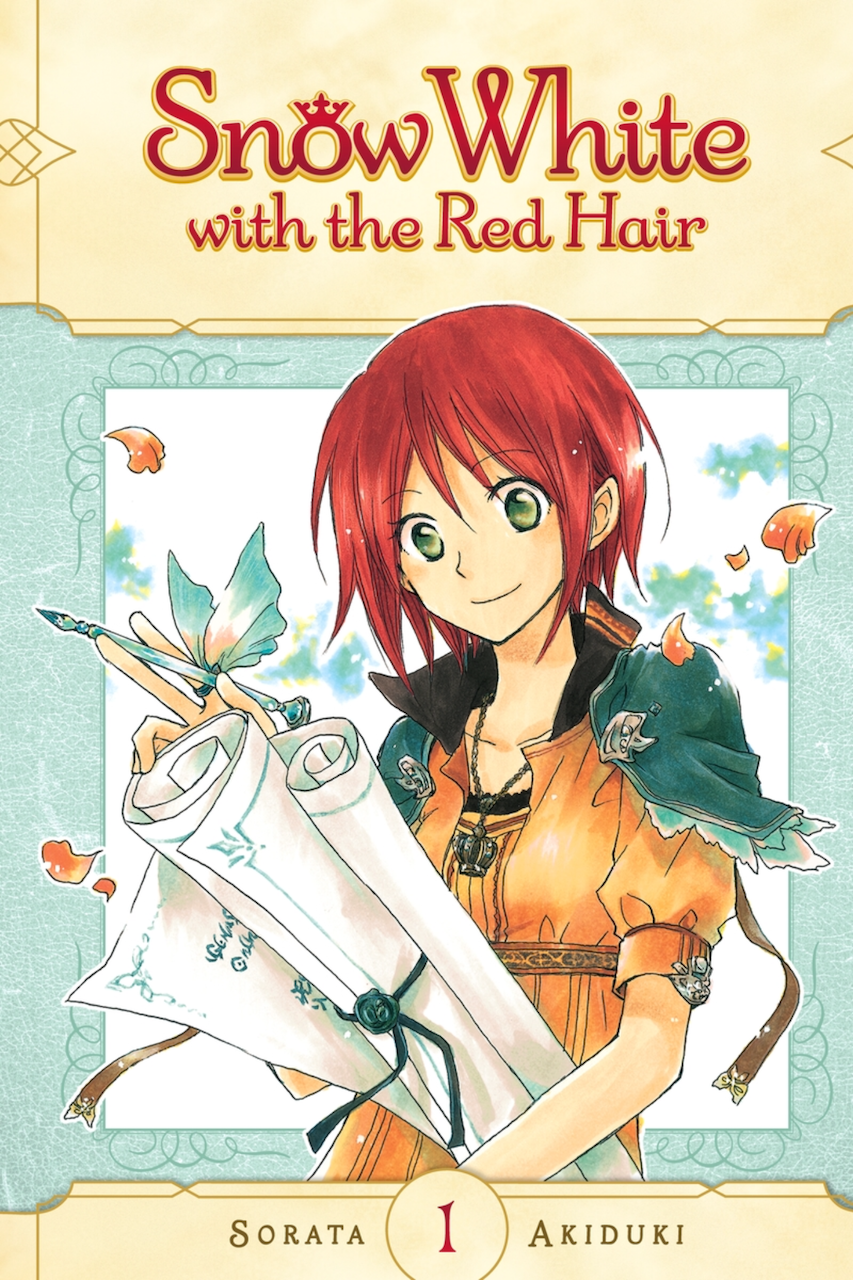 MANGA REVIEW | "Snow White with the Red Hair" - Volume One

Fairytales have had their own interpretations here and there, and at times they can merely serve as inspirations for new works. Such is the case of Sorata Akizuki’s Snow White with the Red Hair, which has some sprinklings of that famed dwarf-friendly princess. However, despite its good intentions and down-to-earth characters, the first volume of this series can be somewhat lackluster.

Snow White with the Red Hair focuses on Shirayuki, a town herbalist with rare red hair. She gets an invitation to become the concubine of Prince Raj, but soon discovers his selfish and foolish mannerisms. She quickly runs away, running into a stranger named Zen. After some minor conflict, Zen is revealed to be the Prince of the neighboring kingdom of Clarines. There, Shirayuki decides to accompany him back to his throne, as she works with herbals to create pharmaceuticals and antidotes. 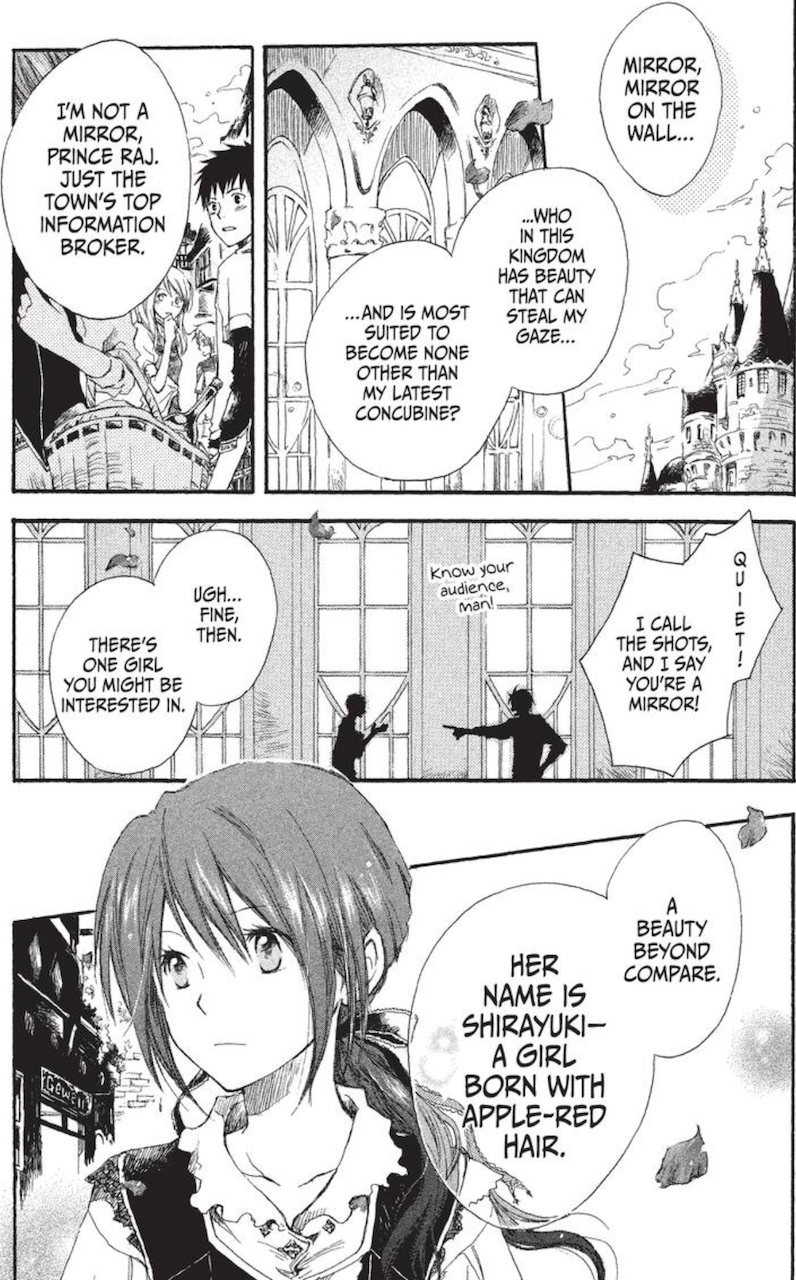 At first, this story pays many an homage to the classic fairytale. From Prince Raj reciting the famous “mirror, mirror” line to Zen biting a seemingly poisonous apple, the nods mesh well with the original story that Akizuki is attempting to tell. While the twist of Zen being a prince is one that just about anyone can see coming, I have to admit the way it was done was handled well. (I got a laugh over Shirayuki thinks Zen’s hit his head again over his reveal.)

However, I cannot help but feel the rest of this first volume sort of dragged on. What should be an opportune moment to build up the worlds and characters is instead wasted on a minor kidnapping tale. The character of Miyaha feels somewhat wasted in this story, as he feels too much like a one-off character rather than something that could hypothetically evolve into a main one. What’s more, the story suffers from a big flaw I’ve come to notice with another series I’m reviewing: too much talk, not enough initiative. 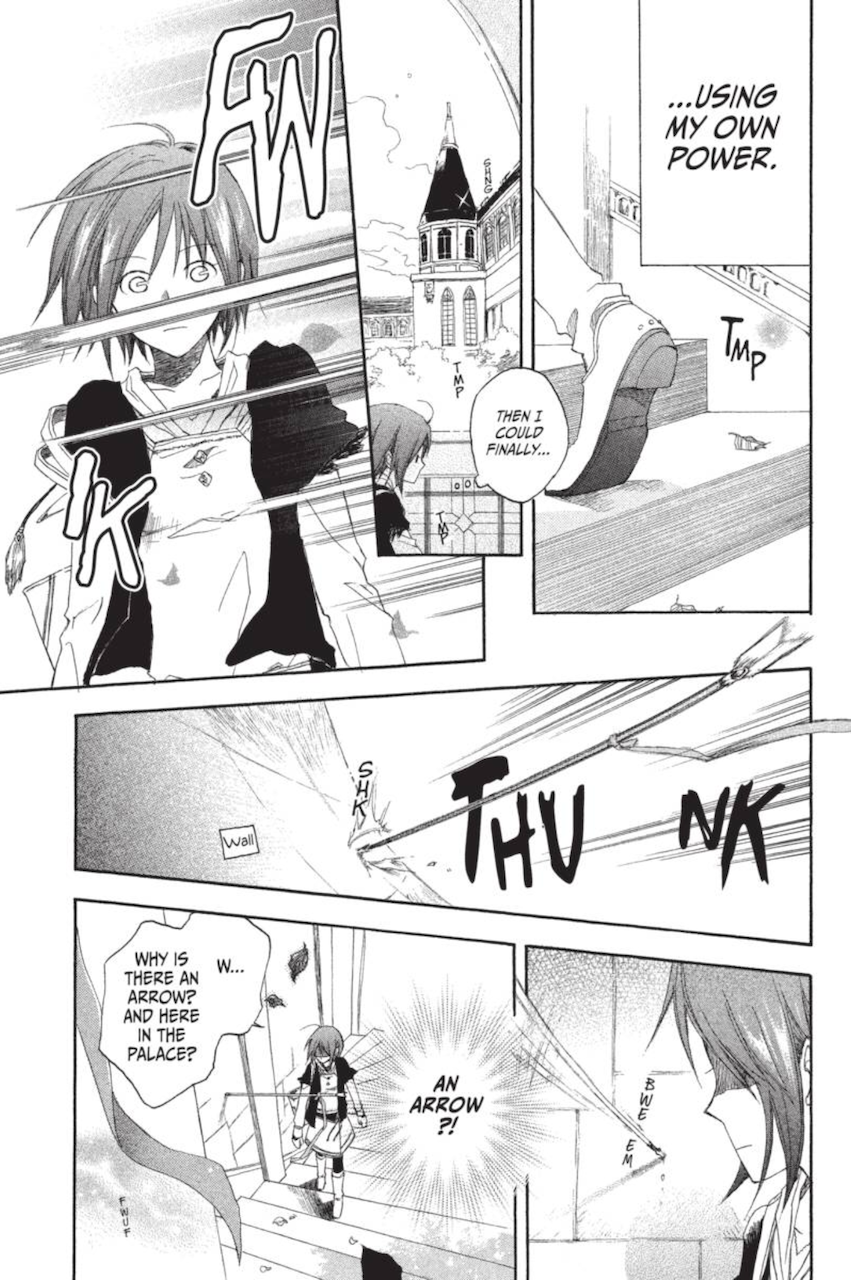 Although things like internal monologues and deep character discussion are hallmarks in manga, Snow White with the Red Hair puts more into the quantity of the chit-chat rather than the quality of it all. Moments like Shirayuki nearly being shot by an arrow feel diluted over the fact that she and Zen talk about it rather than place an emphasis on taking action. With that being said, one has to like Zen’s state-of-mind when she allows Shirayuki to take things in accordance to how she’d handle them. It’s a good mark of a noble character, one that I hope keeps on evolving as the story progresses.

Thankfully, the story of Zen and Shirayuki being locked in a greenhouse helps to push forward what this story aims to achieve: the growing of their relationship. Although any sign of love doesn’t blossom here just yet, it does give Shirayuki the opportunity to show her purpose for being around him. The way she handles a minor situation involving a toxin in the canal water demonstrates her smarts not just as a botanist, but also shows how much care she places into helping people in need. 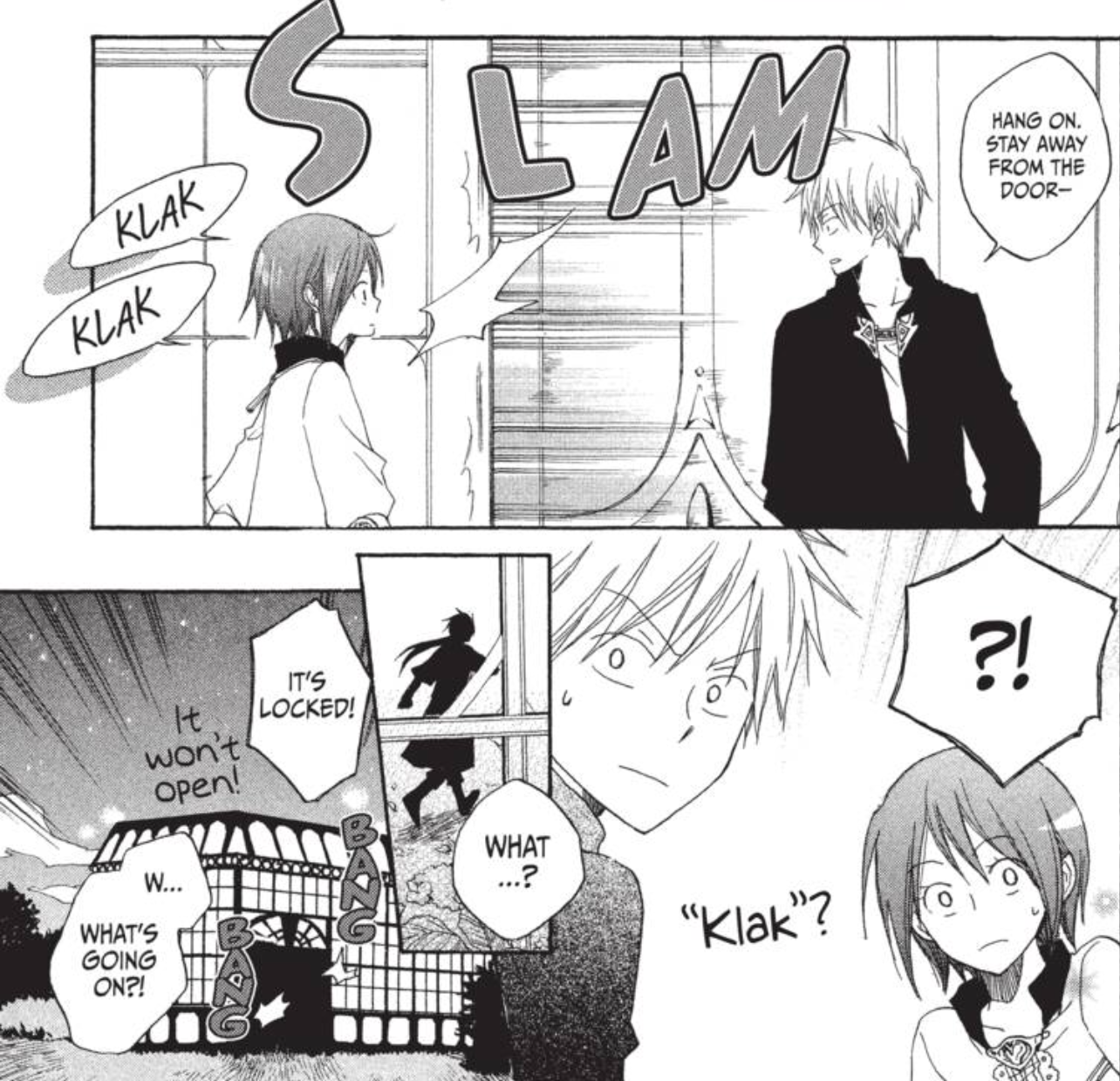 All of this is captured in Akizuki’s beautiful art style. Despite it being something you’d expect from a shojo manga, it fits well with the more fairytale-like spirit that the series is aiming to deliver. The visuals shine their best when readers are surrounded by nature and the like, which — considering Shirayuki’s occupation — is what Akizuki should focus most of her talents on. Its character designs look very beautiful, but it’s what anyone expects from a manga series whose audience may be mostly teenage women.

Snow White with the Red Hair has its bumpy moments in its first volume, but it does a decent job with setting up with focus. If you can get through some of its more dull talking moments that occur throughout half of this volume, then you may find something enjoyable within the narrative it delivers. Its dialogue may make some folks sleepy, but one would have to be a tad dopey to cast it aside just for that. Nonetheless, here’s hoping the next volume of Snow White with the Red Hair gives off a more fun vibe than one that’ll leave others grim. 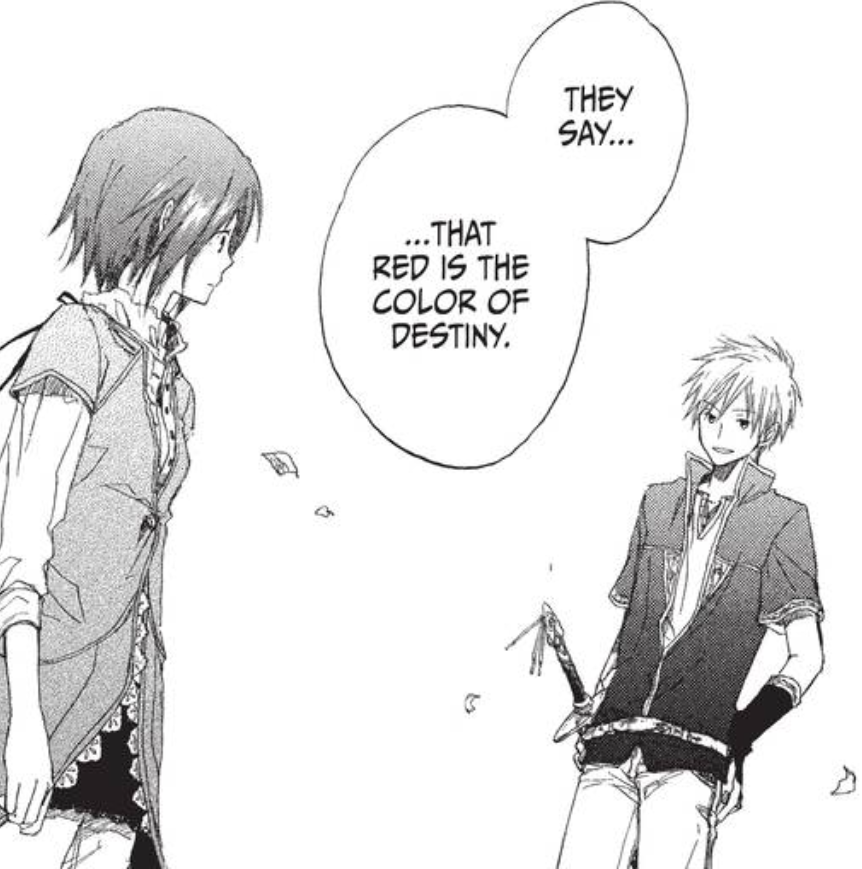